Antoine Griezmann recently claimed that he was in the same league as Ronaldo and Messi, owning to his effectiveness while playing for his country and club. This was reported by the Daily Mail.

Some football fans might see some weightage in this statement of Griezmann, as the footballer has won a significant amount of titles during the past few years, including the World Cup, past summer. However, it would not be wrong to say that majority of the football fans and critics don’t rate him as high as Ronaldo and Messi.

Real Madrid’s Sergio Ramos is one such player who is not impressed by Greizmann’s statement and made his feelings clear on the topic. Ramos said that Ignorance makes a person very bold. Ramos said that when he hears Griezmann talk, what comes to his mind is players like Maldini, Raul, Iniesta, Xavi, Iker, Totti, and Buffon. These players have won many titles but they have not been able to win Ballon d’Or. 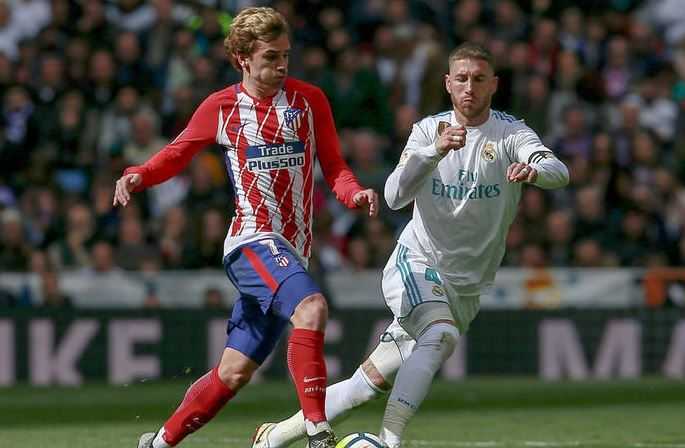 Ramos further said that everyone is entitled to give their opinion. But someone like Godin, Simeone, Koke or some other player should advise Griezmann to return to the values that suit him.

Antoine Griezmann gave this statement after the win over Real Madrid in UEFA Super Cup match. Griezmann still has a lot of work to do before he can be compared to Ronaldo and Messi. Both have been very consistent performers over the past decade and both have achieved nearly impossible things on a personal level. So the statement of Sergio Ramos can be taken as a true depiction of reality. However, the tone of Ramos could have been a bit lighter.