On Tuesday, Barcelona faced PSV Eidnhoven at home in the Group-D Champions League fixture. And it turned out to be quite a nightmare for PSV. Lionel Messi seemed to be in his best form and scored 3 fantastic goals to give Barcelona a 4 – 0 victory over PSV.

Coutinho came close to scoring on a header in the 10th minute of the game, but his guided header went over the crossbar. Barcelona continued to press in search of a breakthrough when Lionel Messi got a freekick in the 32nd minute of the game and availed the chance brilliantly to give Barcelona a 1 – nil lead. 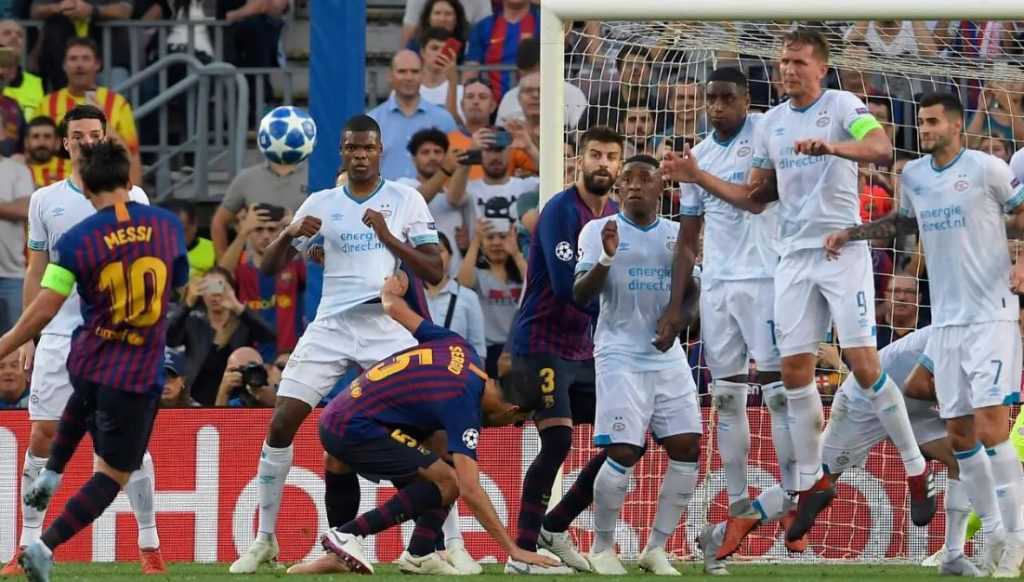 Barcelona’s second goal came from the foot of Ousmane Dembele in the 75th minute of the match. The 21 year old dodged a couple of defenders before putting the ball in the back of the net from outside the box. Lionel Messi struck again in the 77th minute, scoring from a brilliant move by Barcelona. The Argentine super star got a wonderful pass from outside the ball, received it inside the box, and guided it calmly at the back of the net.

Barcelona’s 4th and Messi’s 3rd goal of the match came in the 87th minute of the game with Messi once again making a brilliant run up front, to receive the ball inside the box and guide it at the back of the net once again.

There was no doubt before the game that Barcelona will be able to defeat PSV. However, the way Barcelona have defeated PSV and the way Lionel Messi has shown his class to score a fantastic hat-trick, has surely ringed alarm bells for the top teams in Europe.