Barcelona manager Ernesto Valverde admits that Ousmane Dembele still needs to have a check on his attitude, although the star scored from a thrilling strike against Tottenham Hotspur. Barcelona sealed a 1-1 draw with the Premier League side in the UEFA Champions League game last night.

The Catalan side recently fined $112,000 after the French international turned up two hours late in a Barcelona training session after their 4-0 win against Espanyol. Since the start of this season, Dembele faced criticisms from the media. However, he answered his critics last night with a brilliant solo goal against Tottenham. 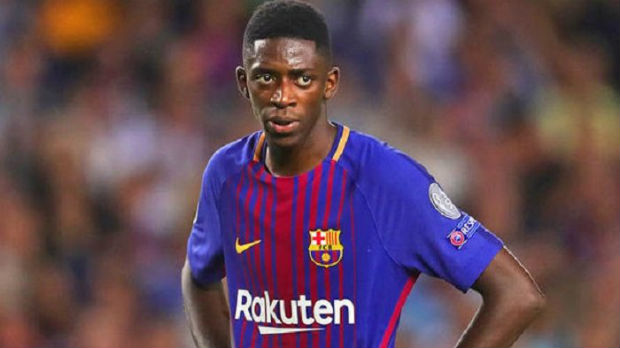 While talking about the French international Ousmane Dembele, Barcelona boss Ernesto Valverde said: “He has made a great goal, possible for players with his talent.” He then gave a hint about the issue with Dembele and said: “We are happy with him and we said that throughout the season things happen that we try to solve internally.”

Ernesto Valverde also showed his trust in Dembele and said: “We hope that he and the rest will continue to give us much joys.” He then also told, “I do not know [if the case is closed], tomorrow we have training.” Barcelona already secured the top place of the ‘Group B’ in the UEFA Champions League after their draw with Tottenham Hotspur. 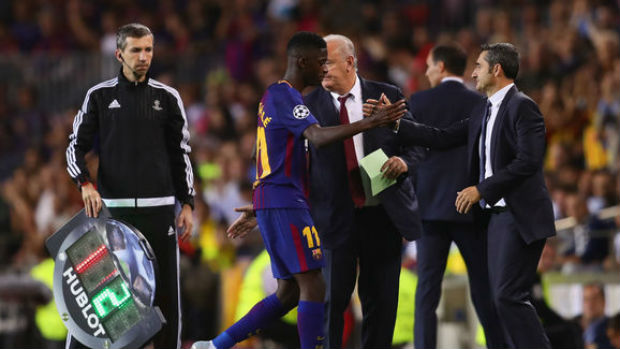 Valverde also talked about Lionel Messi and said “It’s better for him to play for a while and to be in motion, he likes it, we also and I don’t have to tell you about the fans,” and the further added “There have been players who were not there because we had an intense match three days ago.”

He then said “We wanted to see players like (Carles) Alena or (Juan) Miranda in difficult situations, as well as the response of (Jasper) Cillessen, (Thomas) Vermaelen, Arthur or Munir,” and added “We did not want to lose our competitive level against a very strong team.”