One of the legendary football stars and the current manager of the Mexican side Dorados, Diego Maradona, believes that Manchester United manager Jose Mourinho is a much better manager than the Manchester City boss Pep Guardiola. However, Mourinho’s Red Devils are now struggling heavily in the Premier League where Guardiola’s City holds the top spot.

Guardiola’s Manchester City also won the Premier League title last season. Besides, they also defeated the Red Devils in the Manchester derby last Sunday. But, Maradona still thinks that the ex-Real Madrid coach is the world’s best manager. And not only that, Maradona thinks Guardiola works just because of his buying power. 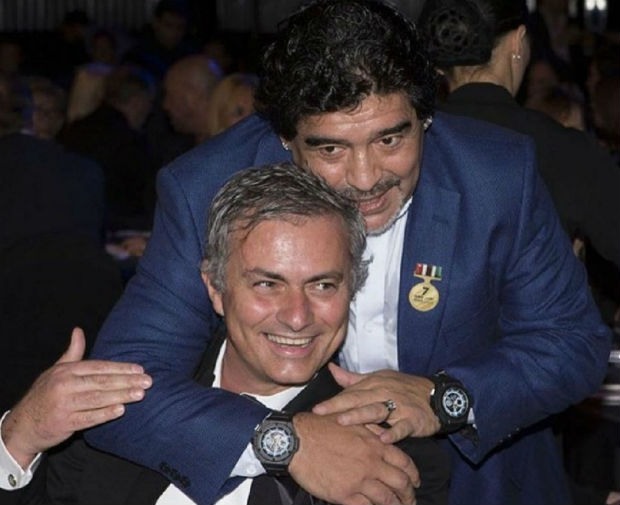 While talking about the managerial scenario with Marca, Maradona told “For me yes, Mou is the best,” and then added, “I would give Pep the merit of taking advantage of the launch that Johan Cruyff gave him.” He also described elaborately that “I have said on more than one occasion that tiki-taka was not invented by Guardiola. It was ‘Flaco’ Cruyff.”

He then gave the reason why Pep’s technique works while saying “At the moment Pep is able to choose any player in the world that he wants. That way tiki-taka is easier.” Maradona, while talking about his managerial career with the Mexican second division club Dorados, said he now has quite a room to improve as a coach. 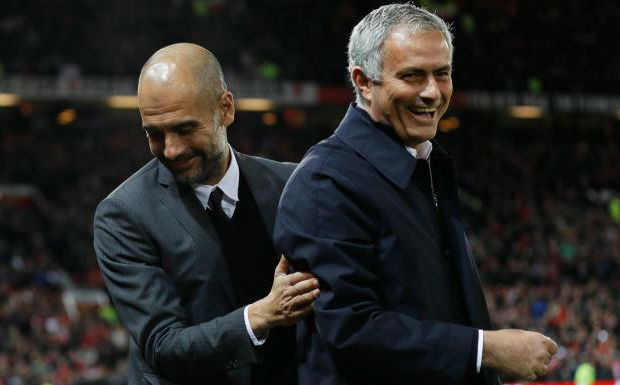 While talking about his future plan as a coach, Maradona told he would be interested in a “long-term project” in Spain, although he wants to go to Manchester United first to learn the coaching techniques from Mourinho. He told “Myself as a coach I need to learn a lot and for that reason I think I will go to Manchester and Mourinho to ask him a lot of things,” and added, “Because he is the best without doubt.”

Maradona also praised Pep Guardiola and his understanding of the game while saying “Yes they could win it,” and further added “Before I spoke about Pep and it is clear that he is a coach that understands games better than a lot that think they know it and then lose 3-0.”

🔺 @AnthonyMartial's penalty
🔺 The absence of @PaulPogba
🔺 A contrasting run of fixtures