Serbia’s Kolarov has earned his nation a brilliant win against Costa Rica in their first group stage match of their FIFA World Cup 2018 campaign. And, Branislav Ivanovic became the most capped Serbian player with his 104th international appearance today. He achieved that feat while surpassing another Serbian legend Dejan Stankovic.

Serbia played really well in their first ever competitive match under their manager Mladen Krstajic as they succeeded in defeating Costa Rica today. Costa Rica, on the other hand, started extremely well and successfully restricted the Serbian side until Kolarov curled a brilliant shot in the top corner in the 56th minute of the game.

Costa Rica got their first chance in the first half of the match where Giancarlo Gonzalez missed a header from very close range. Serbia’s Aleksandar Mitrovic also missed a brilliant chance when he got defeated by Keylor Navas in the early second half. He again missed a chance at the last end of the match but Serbia didn’t get affected as they ultimately able to seal the full points even after two pretty close misses. 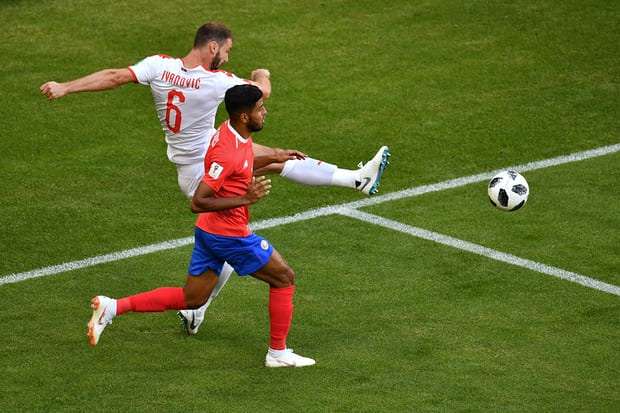 Branislav Ivanovic, on his 104th appearance, made a brilliant run in the first half of the match which was then singlehandedly restricted by Navas. Sergej Milinkovic-Savic created another great chance for Serbia in the 27th minute but the close-range effort got canceled due to offside. Costa Rican Francisco Calvo then successfully penetrated the Serbian defense at the last minutes of the first half which again became a close miss.

Navas showed his brilliance at the fifth minute of the second half when he successfully punched-off a 10-yard shot by Mitrovic. But, he failed to stop the stunning opener by Kolarov a few minutes later when his strike landed in the top-right corner. Oscar Ramirez tried for an equalizer after that goal by introducing Joel Campbell. He also created a clear chance and appealed for a penalty when he met with a trashy foul by Dusko Tosic.

Later on the match, substitute Filip Kostic and Mitrovic both missed excellent scoring chances. Costa Rica also tried for an equalizer till the very last minute of the match but Serbia remained successful in stopping them. 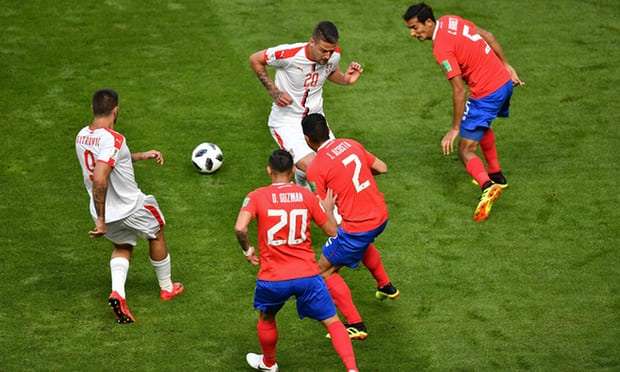