ISL club Jamshedpur FC have achieved their second win in the last six games as they defeated the Delhi Dynamos by 2-1 yesterday. And, their Spanish coach is quite happy with the performance which they displayed at the JRD Sports Complex. Both Tim Cahill and Farukh Choudhary scored brilliant goals for the home side.

Lallianzuala Chhangte scored the first goal of the match to put Delhi Dynamos on lead. Cahill and Choudhary then scored two back-to-back goals for Jamshedpur FC to achieve their must-needed victory. The club is now standing at the 4th place with 19 points in 10 games of the 2018-19 ISL season. 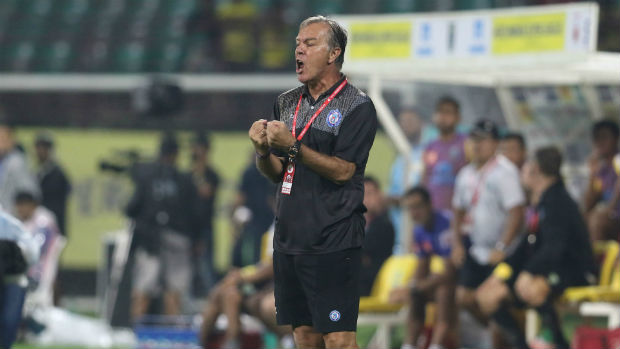 While talking about yesterday’s clash, Cesar Ferrando said “For me, this was a very good match. We had injuries to Sergio (Cidoncha), Pablo (Morgado) and Michael Soosairaj, Gourav (Mukhi) is banned. Sometimes it is very difficult to play against good teams. They (Delhi) started the game very well and they scored.”

He also expressed his happiness after getting the desired win against Delhi Dynamos and said “Then Tim (Cahill) scored and we were back in the match. Then in the last minute when one team is losing, it is normal that they want to attack. Overall I am happy with the victory.” 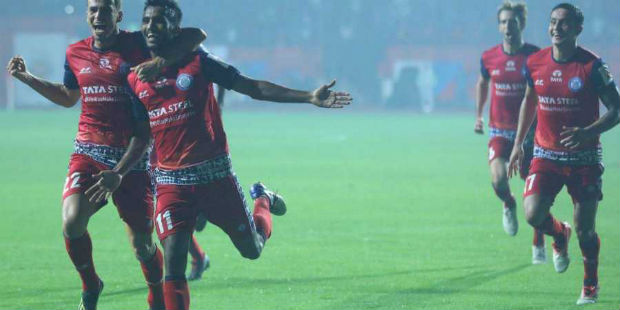 Cesar Ferrando then explained “Pablo Morgado had food poisoning and fever and so he didn’t play. Sergio Cidoncha will be back after the break for sure. Michael Soosairaj has a hamstring injury but he is back in training now. We are playing several matches in a short spell of time and so we didn’t want to risk him.”

Ferrando said “This win was very important for us. We are playing against the top four contending teams like ATK, Bengaluru FC, Mumbai City FC and FC Goa in our next matches. This break will be important for all the players. We will get time to rest and come back fresh. Cidoncha, Morgado, and Soosairaj will all recover from their injuries and will be back. We will try to win our next matches and move forward.”

Strikes from @choudharyfar8 and @Tim_Cahill script a fine comeback for us against the Dynamos! 💪