Paris Saint Germain hosted Lyon on Sunday night in a Ligue 1 fixture and no one had any clue about what they were to witness. The night saw French International Kylian Mbappe score 4 goals in a matter of 13 seconds to give PSG a 5 – nil victory over Lyon.

Match started with Paris Saint Germain pressing hard via long balls. It was in 8th minute of the game that Mbappe was brought down in the box and a penalty was awarded to PSG. Neymar Jr. took the penalty and scored the goal, his 8th of the season. PSG’s Kimpembe was given a red card after a rough challenge in the 35th minute of the game. However, Lyon could not capitalize on their advantage in numbers on the pitch. And it was in the 45th minute that Lyon’s Tousart was also shown a red card. Reducing Lyon’s number of players on the pitch to 10, equal to PSG.

The second half started with PSG’s fierce attacks. And it was in the 61st minute of the game that Kylian Mbappe scored his first goal of the game. He took a shot from inside the box and scored the goal. From there on there was no stopping for Mbappe. 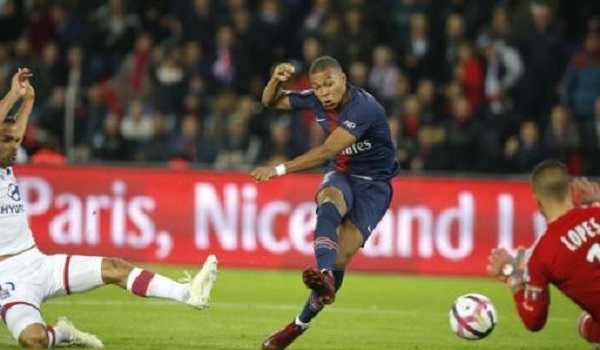 Mbappe got his second goal in the 66th minute after a fantastic pass by Marquinhoa. Kylian Mbappe got his hat-trick in the 69th minute. Neymar provided the pass on a counter attack and Mbappe made sure that he made the run and guided the ball towards the back of the net.

Mbappe’s fourth and PSG’s 5th goal of the match came in the 74th minute. This time Mbappe scored from inside the box after getting the ball on a rebound from Neymar’s strike. 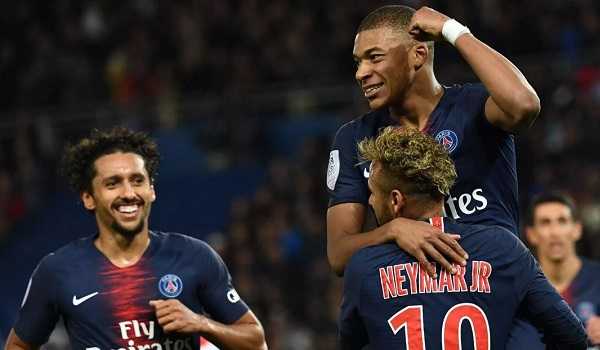 With this goal, Mbappe has become the youngest player in Ligue 1 history to score 4 goals in one match. He is only 19 years and 9 months old. Mbappe has taken his total goal scoring tally to 8 in the league, this season. Neymar Jr. has also scored 8 goals in the league so far.