Both the teams started to display their prominence since the first whistle at the Rostov Arena. But, Philippe Coutinho scored the first goal in favor of Brazil in the 20th Minute. After the high-tension first half, Switzerland got their much-needed equalizer from Zuber in the 50th minute. As both teams failed to score a winner, the match ended as a 1-1 draw.

The first chance of the match was created by Shaqiri when he lifted a brilliant cross for Dzemaili which he then fired over the bar in the 3rd minute after the starting whistle. Till the 10th minute, Jesus and Neymar both hardly had a proper kick in the penalty box of Switzerland. Neymar came into action in the 11th minute when he passed the ball to Paulinho which then missed the bottom corner.

Behrami fouled Neymar in the 14th minute for which Brazil won a free kick, but Neymar fired the ball straight into the Swiss wall. Coutinho then displayed his class and curled the ball in a brilliant way to the far corner of the goalpost in the 22nd minute. After getting the much-needed 1-0 advantage, Brazil slowly started to get charged up and found their usual pace.

Dzemaili started to build a nice attack in the 30th minute which was then defended nicely by the Coutinho-Paulinho-Casemiro trio. Lichtsteiner then got the first yellow card of the match in the 31st minute for a trashy foul on Neymar. Shortly after, Zuber’s shot smashed right into Silva’s face in the 40th minute. Neymar then fired a great cross for Silva but the header went over the crossbar in the extra time of the first half. 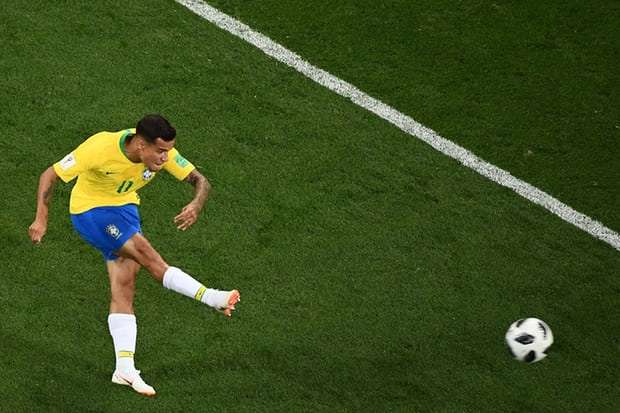 Dzemaili tried his luck with a long-distance shot which went wide of the goalpost in the 47th Minute of the game. A minute later, Casimiro received the first yellow card for Brazil after his foul on Dzemaili. Shaqiri then delivered a powerful cross which landed in the range of unmarked Zuber which he utilized through a great header that earned the equalizer for Switzerland in the 50th minute.

Evan after a left knee problem in the 54th minute, Behrami decided to continue. But, the pressure was clearly showing on Swiss defenders as they had cleared several numbers of crosses in the first ten minute of the second whistle. Brazil then used their first substitute to replace Casemiro with Fernandinho in the 60th minute. Schär received yellow for pulling Neymar’s shirt in the 65th minute.

Brazil made another change by replacing Paulinho with Augusto in the 67th minute. A minute later, Behrami received a yellow card for his foul on Neymar, and was shortly substituted by Zakaria in the 71st minute. Both the teams made changes in the 80th minute as Firmino replaced Gabriel Jesus and Embolo came in place of Seferovic. Seven minutes later, Switzerland used their third substitute and replaced Lichtsteiner with Lang.

Neymar took his last chance in the 88th minute when he found his place in the box and attempted a tricky header. At the 90th minute, spectators witnessed a brilliant save by Sommer when Firmino almost found the net with a powerful shot. But even after last efforts during the added time, the match remained as a 1-1 draw. 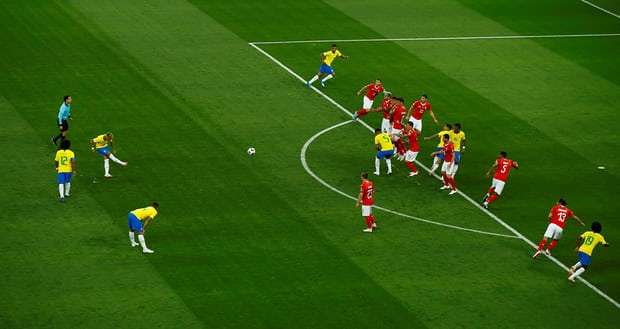