Atletico Madrid boss Diego Simeone confirmed that their striker, Diego Costa, suffered a foot injury during their last night’s clash against Barcelona. Costa scored his first La Liga goal of this season yesterday from a brilliant corner by Antoine Griezmann. The Spanish striker faced his worst goal-drought this year as he failed to score in any match since February.

Barcelona is now standing at the top of the La Liga table with 25 points in 13 games. Atletico Madrid, on the other hand, is now just one point short of Barca and holding the second spot. And now, they may have to fight against Monaco in their upcoming UEFA Champions League fixture without their star striker Diego Costa. 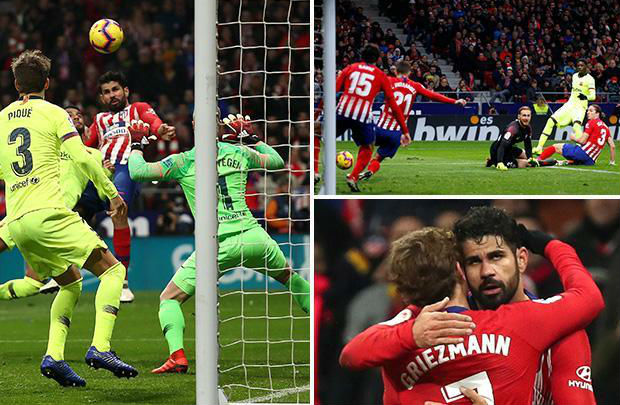 Diego Simeone recently confirmed while talking with Movistar that the Spanish international had asked him to substitute Costa due to his foot injury. Simeone said, “He retired with a little discomfort in his foot and asked for the change.”  Atletico Madrid will host AS Monaco for the UEFA Champions League next Wednesday in their home ground.

Diego Simeone looked quite hopeful about Costa as he scored his first goal in last 10 La Liga games. And, his header last night could be the turning point of the Spanish striker’s performance this season. When media asked Simeone if Costa is now little charged up after his score against Barcelona last night, he noted: “We hope so.” 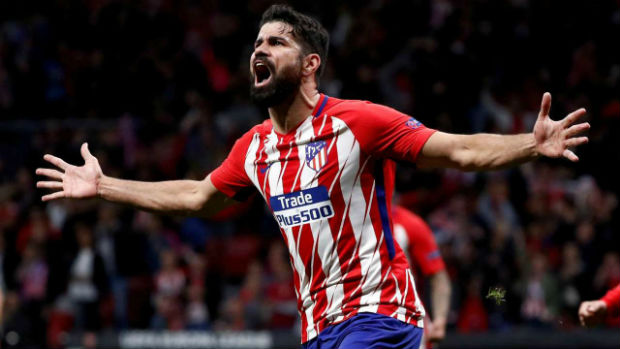 Atletico Madrid undoubtedly gave a tough fight to Barcelona yesterday for the top-of-the-Spanish-League contest. And, Diego Simeone praised the performance of Costa and his contribution while saying “He’s an animal – and every time he’s on the field, the team has a chance to win.”

Diego Simeone also pointed out the similarities in playing style with him and Costa while saying “The style was very similar because we both played something similar.” He then praised the whole team and said: “I liked everything, we had a commitment, we were close to winning.”