On Monday, in the 48th issue of this year’s Shueisha’s Weekly Shonen Jump magazine a five-page short by Assassination Classroom manga creator, Yusei Matsui about his time as a rookie is published. This five-page short manga is part of a series from “legendary manga creators” focusing on the theme of when they were rookies 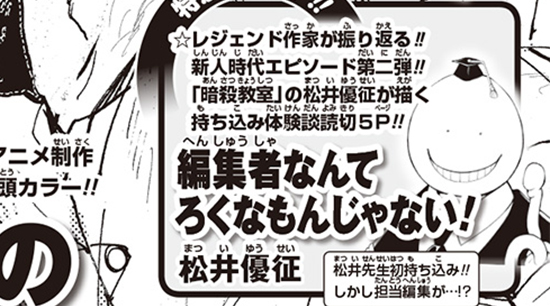 Six-page short is also published as the first short in the series by Toriko manga creator Mitsutoshi Shimabukuro in the magazine’s 46th issue on October 15. The magazine’s 50th issue will also feature a short by Kuroko’s Basketball manga creator Tadatoshi Fujimaki. 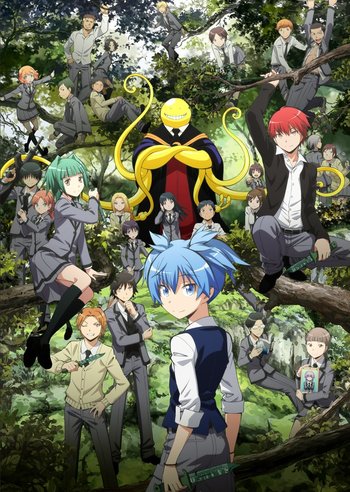 Yūsei Matsui is a Japanese manga artist. He also work as an assistant of manga artist of Bobobo-bo Bo-bobo Yoshio Sawai. Two of his manga Neuro: Supernatural Detective and Assassination Classroom were serialized in Weekly Shōnen Jump. After which both them adapted into anime television series and Assassination Classroom also got two live-action films. He has also cameo voice as a manga artist in episode 25 of the Neuro anime.