On Monday, Malaysian cinema chain GSC Movies streamed an English-subtitled trailer for the second live-action film based on Hideaki Sorachi’s Gintama manga titled Gintama 2: Rules are Meant to be Broken (Gintama 2: Okite wa Yaburu Tame ni Koso Aru). The video reveals that Odex’s screening of the film will release on November 15 in Malaysia.

English-subtitled trailer for Gintama 2: Rules are Meant to be Broken:

Both the “Shinsengumi Crisis” and the “Shogun Reception” arcs will be covers in this film’s story, the latter of which highlights the introduction of the Shogun Tokugawa Shigeshige. 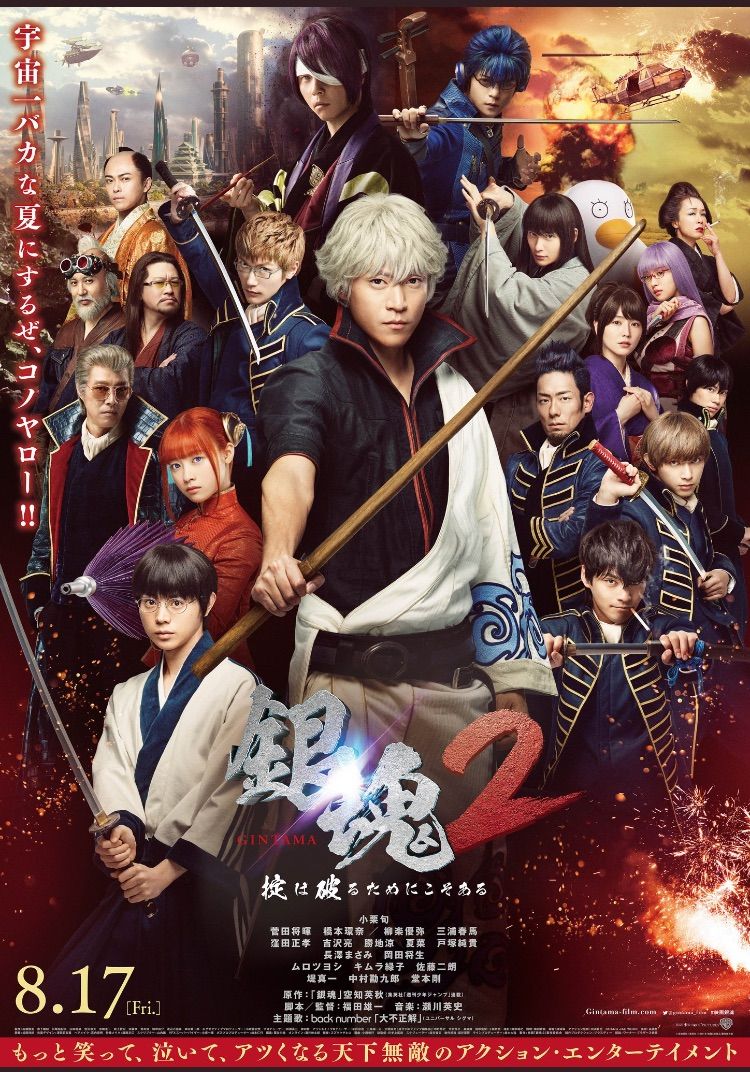 The Live Action will star:

The first film opened in Japan in July 2017, and it earned 980 million yen (US$8.9 million) in its first four days. Various local distributors opened the film in the Philippines, Singapore, and Indonesia last year.