The staff for the anime adaptation of Yukiwo’s Dropkick on My Devil! anime series asks viewers straightforwardly that if they purchased at least 2,000 copies of the anime series box sets the Dropkick on My Devil! staff would produce a second season. And it seems that the sales have hit score the half of what of requested. So to celebrate this milestone, the official YouTube channel for anime on Monday began streaming a new video featuring character Pekora as a virtual YouTuber. Video also reveal further announcements about upcoming events. 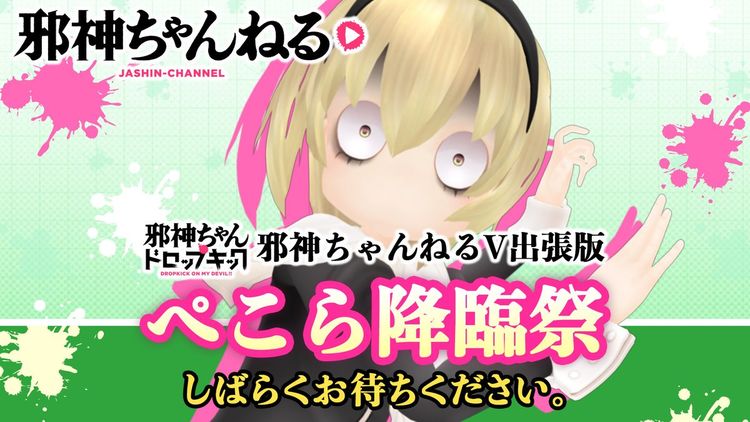 Pekora is a chronically starving fallen angel and is voiced by Yurie Kozakai, a newcomer in the anime industry. Pekora will make her virtual YouTuber debut on the Jashin Channel V program on Nico Nico on November 9. Also, Pekora will make a short appearance in the video that will stream at “Pekora Descent Festival”. “The Final: Sugoi Sabbath 2019,” A Dropkick on My Devil! event is scheduled at the Otemachi Sankei Plaza in Tokyo for January 20, 2019. 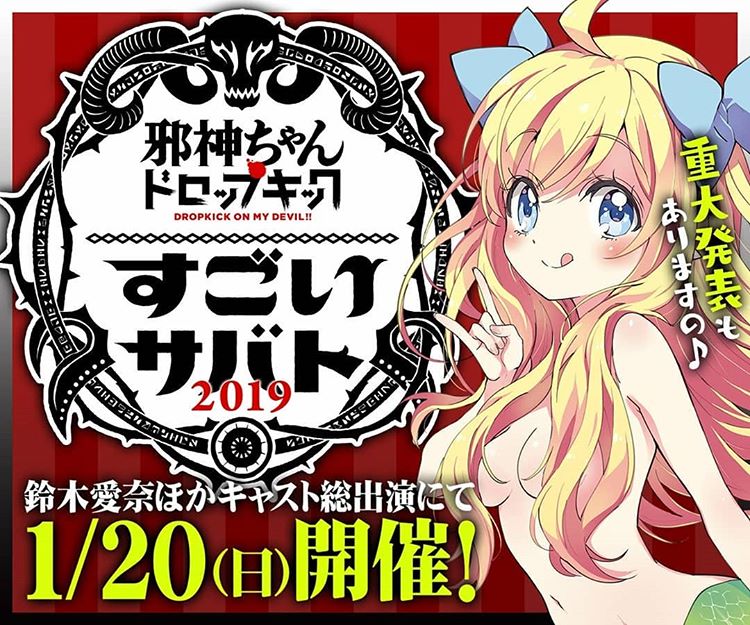 The series directed by Hikaru Sato at Nomad. Kazuyuki Fudeyasu handles and wrote the scripts for the series alongside Momoko Murakami. Makoto Koga was in charge of both character designer and chief animation director, and Yuki Kurihara and Yuzuru Jinma composed the music. Kouichirou Natsume was the executive producer.

The original comedy manga by Yukiwo centers on Yurine Hanazono, a college student who summons Jashin-chan, a demon from the underworld. Now they must live together in a run-down apartment in Tokyo’s Jinbōchō district. If Yurine dies, Jashin-chan gets to go back to the underworld, so she constantly plots to kill Yurine.

Dropkick on My Devil! is a Japanese manga series written and illustrated by Yukiwo. The series began serialization in Flex Comix’s Comic Meteor web magazine in April 2012. Eleven volumes have been released as of August 9, 2018. An anime television series adaptation July 9, 2018, with an additional episode, streamed online on October 1, 2018.