As we all know, dogs are quite good at making new friends. And, they don’t discriminate among animals they want to be friend with. But sadly, situations don’t always favor them even after their innocent attempts. The same thing happened when Ruckus, a cute St Bernard, tried to be a little friendly with a porcupine.

After his friendly interaction with the porcupine, Ruckus was left with the mouth full of quills and his owner had to rush him to an animal shelter in New York for immediate treatment of the poor fellow. 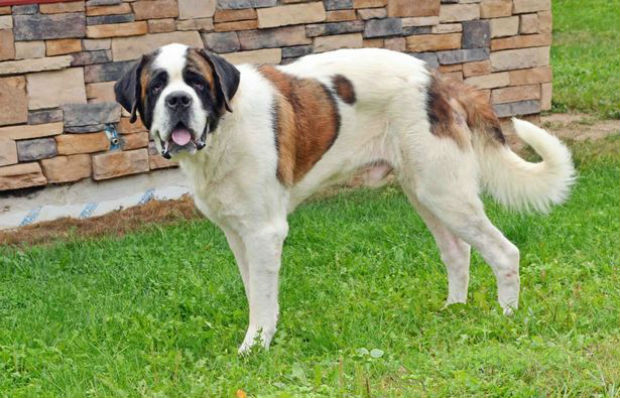 The whole veterinary team of the Lollypop Farm in New York then started removing each of the quills from the face of Ruckus. A Lollypop Farm spokesperson told that “Ruckus arrived at Lollypop Farm with a face full of porcupine quills – and it wasn’t his first time,” and added “He was surrendered to Lollypop Farm so that he could receive treatment for the quills that were stuck into his jowls, face, and inside of his mouth.”

The spokesperson also said “Our veterinary team worked quickly and carefully to remove the quills from Ruckus’ face and mouth,” and further added “Porcupines can have upwards of 30,000 quills at their disposal, and will release them into the face of what they perceive as a potential attacker, even if a dog is just curious and not acting aggressive.” 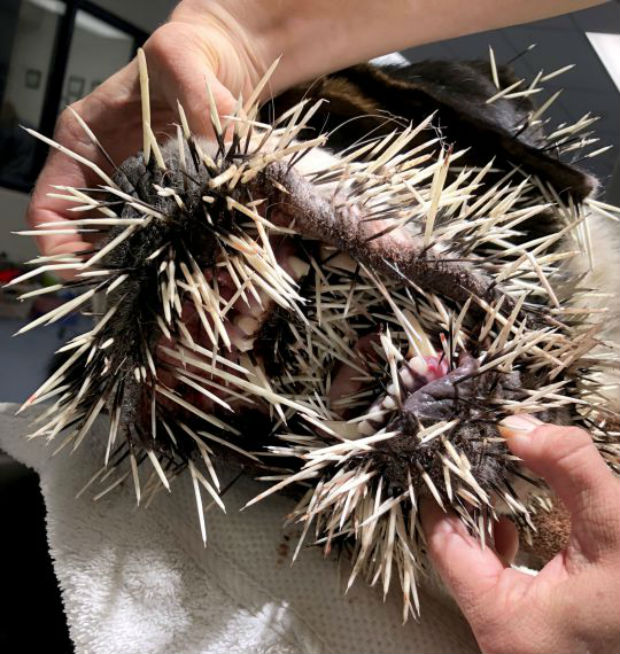 He also stated that “The quills are easily detached from the porcupine, but are quite difficult to remove once they’ve been embedded in another animal like a dog,” and added “Contrary to popular belief, porcupines can’t actually ‘shoot’ their quills, but a simple swipe of their tail at a dog that’s gotten too close is enough to release them.”

Lollypop Farm spokesperson said that “The tips of porcupine quills that puncture the skin are actually shaped like a tiny fish hook, and can be very difficult to remove,” and later assured that “Luckily for Ruckus, our team was able to safety remove all of the quills, and this big pup was feeling better in no time at all.”