Duke of Sussex Prince Harry and Duchess of Sussex Meghan Markle have ended their Australian royal tour and give wave for the nation before leaving for New Zealand this Sunday morning. The royal couple arrived at Sydney Airport to start the last leg of their ongoing tour.

They also share their jet with Invictus Games competitors from New Zealand. Prince Harry and Meghan Markle held hand while boarding the plane, and Harry, showing his chivalry, lead his wife up the stairs of the jet. 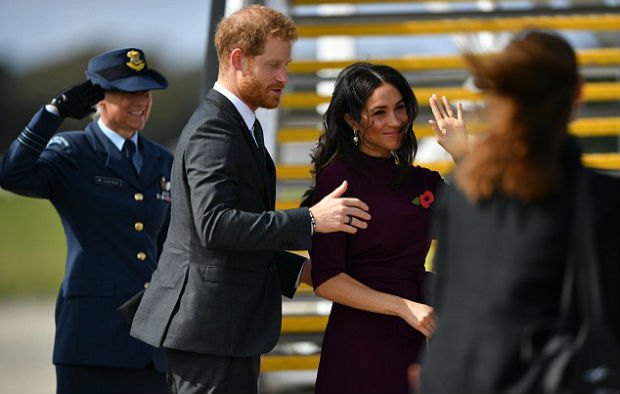 Before boarding the jet, the royal couple turned and gave a short wave. The New Zealand athletes were already on the flight with the couple. Prince Harry and Meghan Markle will be greeted with 21-gun salute and a Haka after they will land at Wellington about 3 PM (New Zealand Time).

The royal couple could expect nippier weather in New Zealand after leaving behind the Australian beaches and Pacific climates throughout their ongoing tour. Prince Harry already visited New Zealand in 2015. Besides, the Duchess of Sussex also took a campervan road trip across New Zealand in 2014. 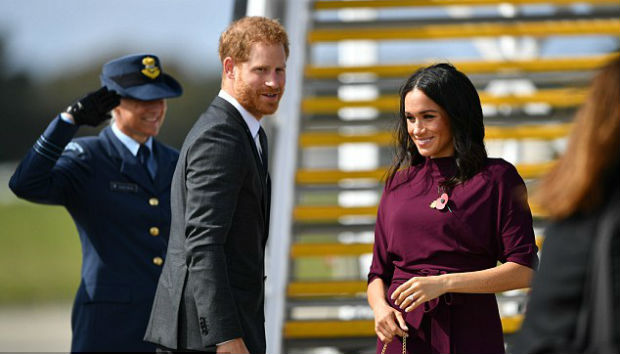 The Royal couple has already spent 10 days in Australia and 4 days in Fiji and Tonga in their 16-day tour. The pair will attend the celebration of the 125th anniversary of women’s suffrage in New Zealand hosted by the Governor General this evening.

Prince Harry and Meghan Markle will now receive a traditional welcome from the Maoris at the Government House lawns before heading towards the Pukeahu National War Memorial Park.