In the verge of Disney Studios plan for a major ‘Pirates of the Caribbean’ reboot, superstar Johnny Depp is out as Jack Sparrow and will not appear in any more of future films of the franchise. Depp has acted for more than 15 years in five Pirates movies as Jack Sparrow but now it seems that the captain took his final voyage on the Black Pearl.

According to the recent report by DailyMailTV, ‘Pirates of the Caribbean’ scriptwriter Stuart Beattie first disclosed that the franchise ditched the superstar. The 55-year-old Johnny Depp has been dropped due to his financial issues besides his personal dramas over the period of past four years. It is also reported that his alcohol problem and the high profile split from Amber Heard is also responsible for that decision. 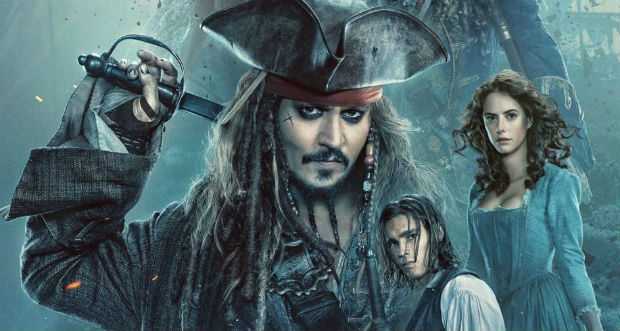 He also said “I think Jack Sparrow will be his legacy. It’s the only character he’s played five times, it’s the character he dresses up in to visit children in hospitals, it’s what he’ll be remembered for,” and further added “Before Jack Sparrow came along, [Depp] was considered this kind of quirky, independent actor that made these really cool little Tim Burton films, but he was by no means a movie star and a lot of people thought we were crazy for casting him at the time.”

While talking about Depp’s participation in the ‘Pirates of the Caribbean’ projects, Beattie said “He wasn’t a proven commodity; you know, a big movie star. And we were making a big movie and we were putting this quirky, independent actor in the middle of it and people thought we were crazy. The fact that it worked is a miracle,” and further added “They were certainly nervous watching the rushes everyday but when it all came together, something just clicked and it was magic and connected with audiences. I’m proud to be a part of it.”

He also expressed his views on his previous cooperation for the Deadpool movies and also confirmed the upcoming draft by Rhett Reese and Paul Wernick while saying “Hopefully they’ll bring a lot of the great comedic subversiveness. I was laughing out of my seat in the opening credits of Deadpool so I am a big fan of those guys and I hope they do something really special,” and added “That would be great. I would love to. I mean, I love that world and love the people that make those films so yeah, I would love to be involved.”