Virat Kohli proved his class in recently ended Test series, although India loss it 4-1 but still Indian skipper stands tall as a ‘lone warrior’ with smashing 593 runs at an average of 59.30. But still it’s much left to prove with even thrashing records with the bat, King Kohli’s lack of experience in captaincy and opting wrong reviews made his outlook lean in the England Test Series. Putting all the negatives aside, captain Kohli deserves applause for the massive improvement with the bat in current England tour. 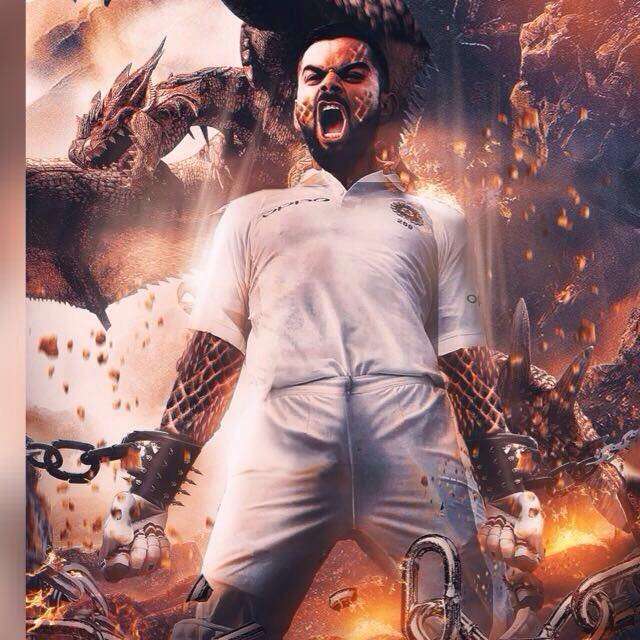 Back in 2014, best batsmen of the modern-day cricket failed badly in England with only managing to score 134 runs in 10 innings. But this time, the Indian star gave a shut up call to the trollers and critics in the best way with scoring big runs. The only excuse cricket pundits had about Kohli not good enough to be the world’s best was lack of performance in English conditions, but now it’s no more there.

When we talk about the highest runs scorer  of this recently concluded Test series, the Indian great is not only on the top of the list, he’s actually leading by far as the second on list Bairstow scored 349 in the series in comparison to Virat’s  593. Following Bairstow on the list is Cook, he smashed big runs in the farewell match and got his name among the top scorers of this series. He contributed 327 runs in the series for England.

With flamboyant star leading dominantly the point to ponder is his captaincy and the review decisions as well which actually play great role in the test cricket. Commenting over Kohli’s inability with taking reviews, the former English captain Vaughan Tweeted: