Controversy broke out immediately after the third umpire has sent Australian batsman D’Arcy Short out of the ground during the 2nd T20 international between Australia and Pakistan. And, Australian players have started fuming against the umpire at the Dubai International Cricket Stadium.

Australia lost the wicket of D’Arcy Short in the third over in the last match. He was standing at the non-striker’s end when the finger of Pakistan spinner Imad Wasim touched the return shot from Aaron Finch before hitting the stumps. 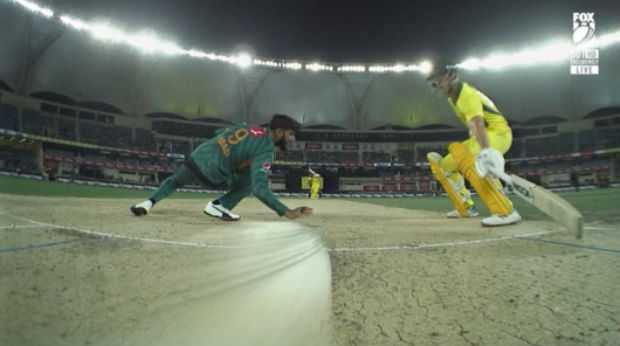 Even after replays were not able to conclude a solid decision, the third umpire has given the left-hander out. Both Short and Finch were astounded by the decision as they were quite sure on their stance.  Finch tried to remonstrate to the umpires but they maintained the decision taken by the third umpire.

Glenn Maxwell, in the after-match press conference, expressed his belief that Short should not have been given out. He said “We certainly had a view as a team that we thought his bat was clearly grounded behind the line,” and added “Maybe the third umpire pressed the wrong button. We’ve all made mistakes.” 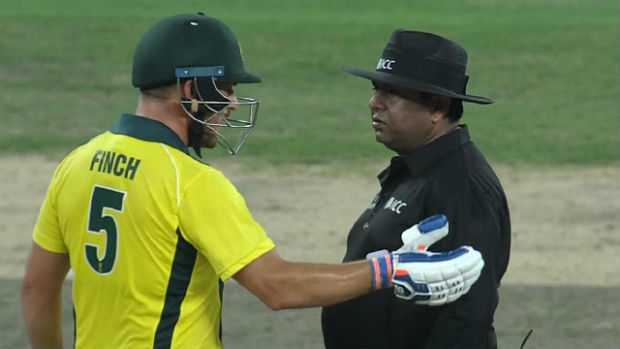 He further added “As we probably saw it in the change rooms, there wasn’t really any doubt,” and added, “I think if you even look at the way he’s holding his bat, it’s very hard to hold it above the line with the bat sitting out of his gloves.”

Pakistan skipper Sarfraz Ahmed, on the other hand, has clearly expressed that the decision was absolutely correct while stating “I don’t know why (there was) so much reaction because clearly it is out,” and added, “The bat is not on the ground.”