Anyone could have a heart attack if he saw his cars, especially the super pricey one, got their roofs completely ripped off. And, this is what exactly happened when a transport driver crashed into a rail bridge and completely torn off the roofs of brand new Range Rovers and Jaguars.

The tragic incident happened when the transport driver towing 4x4s crushed under a railway bridge in Perth, Scotland on Wednesday 24th October at 8.30 AM local time. Several of those brand new Jags and Rovers were still on their plastic wrapping when the incident completely has torn off their roofs. 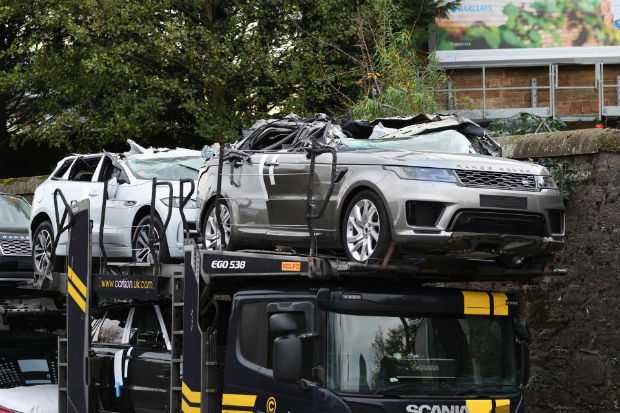 The Scotland police have confirmed that their officers rushed to that crash site in Marshall Place, Perth, around 8 AM today morning, immediately after the indent took place. The police department also expressed that they are thankful as no one was injured on that incident. They also successfully cleared the roads by 9 AM local time.

The 40-year-old Gareth Ruddock, an eyewitness of the incident, said “I was just there dropping my wife off at the station and I did a double take,” and added, “There are some open-topped cars now.” He later also said “Some of them still had their plastic on, they must have been getting delivered. I just saw the aftermath,” and further stated “The police were there brushing up the bits and pieces which had broken off. The driver was there looking a bit unhappy.” 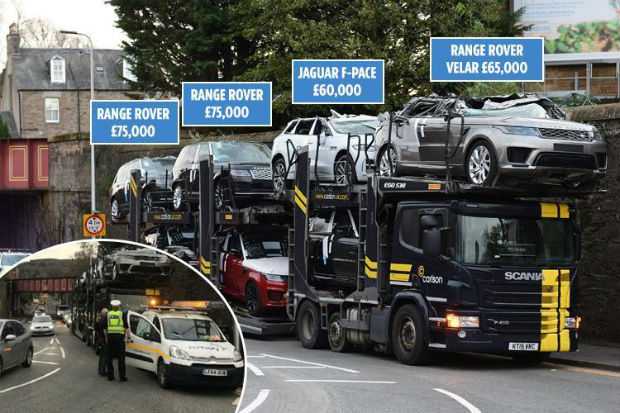 The eyewitness also said that “Nobody was hurt but it wasn’t a good day for that fella,” and added, “I think pretty much all the cars on the top were damaged, but as they got further back the damage was lesser.” Ruddock also expressed that “The first couple of cars must have been written off, or you would have to rebuild the entire car.”