Some stories just hit is right in the heart and this one did just that, but the ending to this story is so amazing that it’ll leave you in tears.

Ann from Mississippi had rescued several dogs before but one night she went outside to walk her dog and saw some eyes in the brush… She thought it was another stray cat or maybe a dog, so she went in to get some food…

“We get several dogs and cats dropped off in this neighborhood so I figured this was another one” Ann welcomed the little stray visitor with a soft voice. “What came out from under that bush was a large, beautiful cat with a white tip on his tail. I said, ‘Aren’t you a fancy thing?” 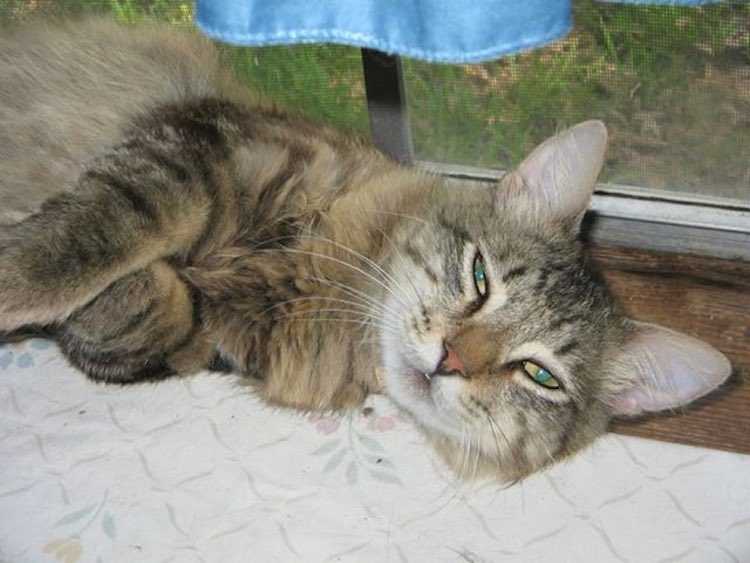 The small frail figure looked like it needed some food badly, so she rushed in the the house and quickly brought him some food.

“He was skittish and backed away while I placed the bowl under the bush. He ate, said his good-byes and left. The next night, he was back again.”

Ann loved the cat right from the beginning. The kitty came back each night and she continued feeding the poor stray cat.  Each time she fed the cat, she brought it’s bowl closer and closer to the porch. 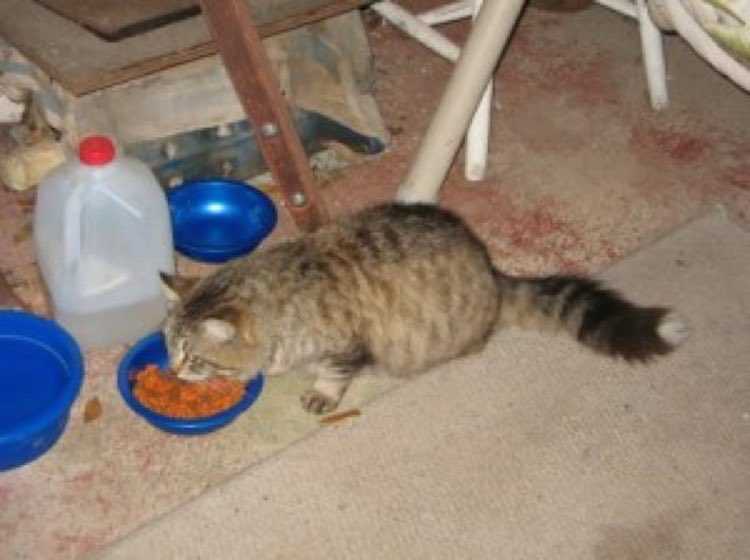 “After a week, he was on the porch, morning and evening, waiting,” Ann said. “He stayed a month. My husband figured we already had enough animals with a dog and two cats and wanted me to take the cat to the animal shelter. The next morning, I reluctantly loaded him up in a cat carrier and off we went. I dropped him off and an attendant took him to the back where the cages are. When he brought me my carrier, he said that the cat was back there banging his head against the iron cage door.”

“I cried the five miles back to my house” Ann still feels bad about this day, but had no other choice. Thankfully the cat could sense her sorrow and also loved her more then she knew at the time…

After arriving home, she went to the shelter’s website to check and see if the cat had been posted with it’s picture for adoption, but she couldn’t find anything.  She even tried the next day and the next and couldn’t find anything.  She thought that it might have been adopted before they even had a chance to post the kitty on the site, but little did she know that the cat had actually escaped within only 20 minutes of being dropped off at the shelter…

She didn’t know it yet, but this sweet kitty was actually on a search for his true original adopter.

Ann woke up early in the morning and heard her husband having a conversation with someone in the kitchen.  She was confused, curious and didn’t know what to think by the sounds coming from the kitchen, so she decided to get up and see what it was all about.

“I looked at the clock and wondered who was at my house at 5:30 am.  I got up to see and what I found was nothing short of a miracle. I saw a cat, sitting at my husband’s feet, talking to him. I kept trying to focus on the cat and when he flipped his tail around, I saw proof. There was the white tip. I started crying and quietly said ‘Oh my baby, Hi Fancy.’ He turned, saw me and ran to me, talking and squealing the whole way. I truly think he was saying ‘I found you! I’m home now.’” 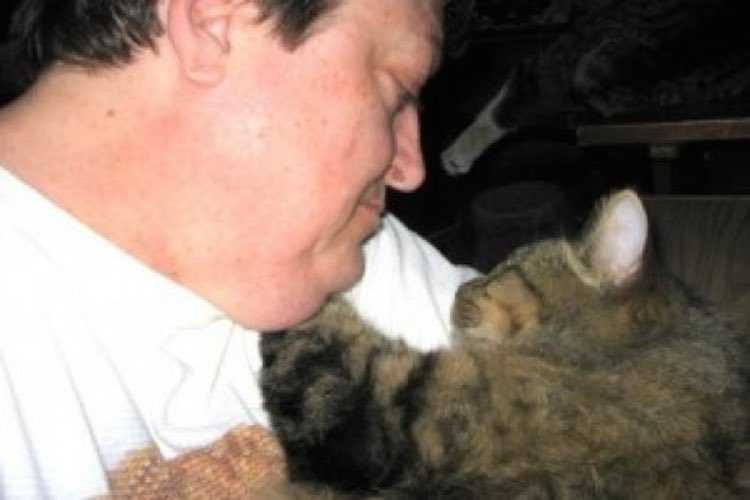 Her husband couldn’t say no this time after this same cat came back and the tears of gratitude in her eyes said it all – this time ‘Mr. Fancy’ was here to stay!

“This cat spent a month traveling along busy streets, rail road lines, and rough neighborhoods trying to find me,” Ann said. “I think he had a guardian angel looking out for him, directing him back to my house. I love him so much and feel we were meant to be together. He belongs here. Mr. Fancy will never want for a home, food or love again.” 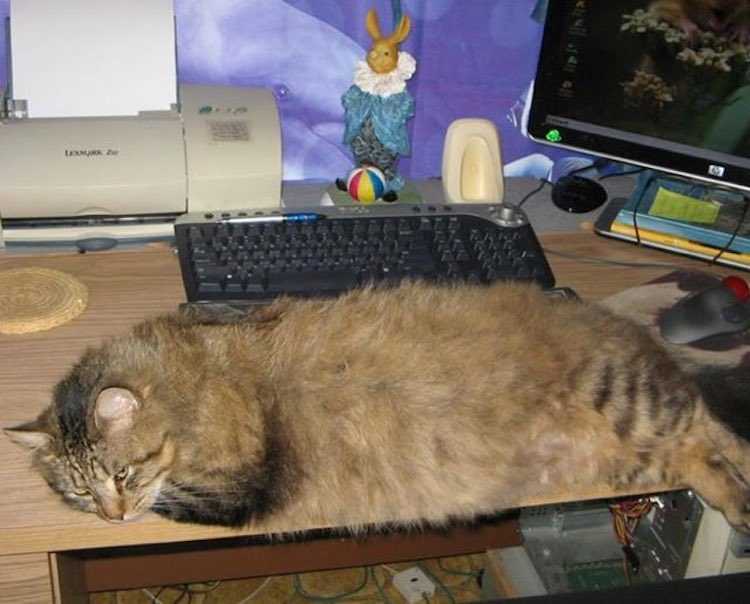 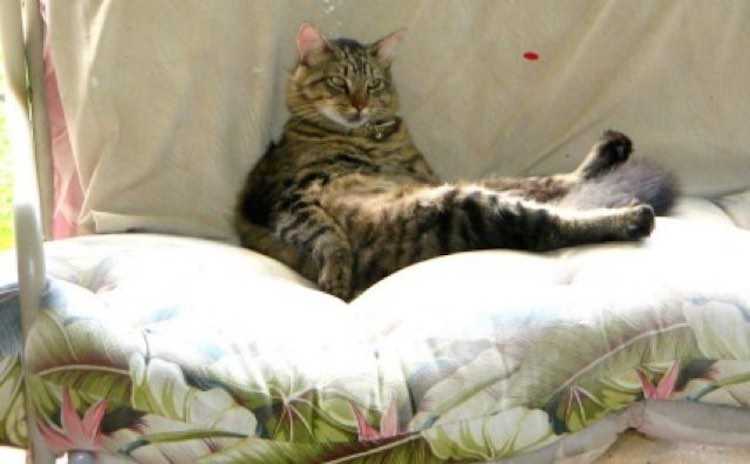 We just love stories that end in such a beautiful way like this – I’ll never forget a story like this! Love this story? Share it with your friends

Via: Care2 & Photos via Ann Bosche.