If you struggle to get something, you would definitely get it in the end. Meet these cats who struggles to enter a museum and succeeded at last. For the last two years, a couple of cats have been desperately trying to enter an art museum in Japan, but they are not allowed to do so.  One is black and other is orange tabby. According to reports, the black cat started visiting the museum in June 2016 when the museum held a cat exhibition. The orange cat started to visit soon after. Both kitties clearly wanted entry tickets. And still trying to get it.

Two cats won’t give up on trying to enter a Japanese Art Museum, the war has been going on for 2 years now. from aww

A guard at the Hiroshima Onomichi City Museum actually spend most of his time shooing the cats away from the automatic doors. Video footage from a museum uploaded on Twitter that has every movement that the cats make show the patient guard gently blocking the cats’ entry. Sometimes he has to pick them up and move them away, but he usually does it with a nice pat on the head after. Luckily, this guard is not strict with the cat. 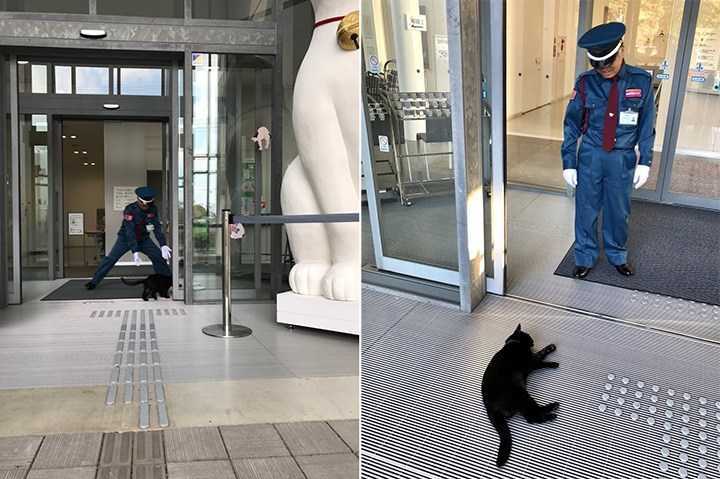 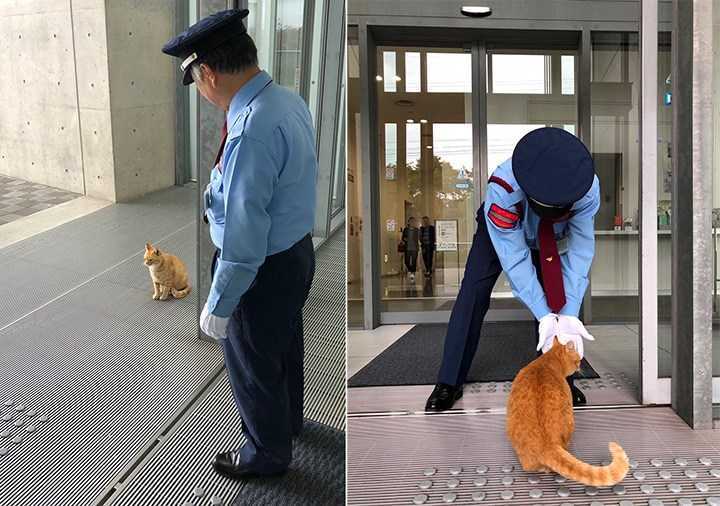 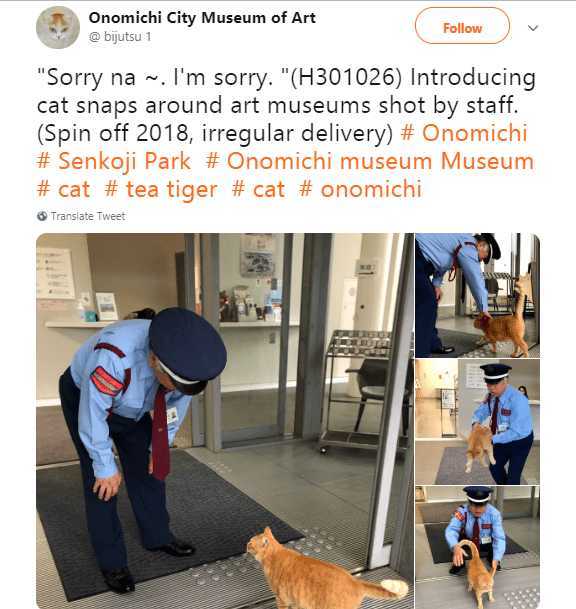 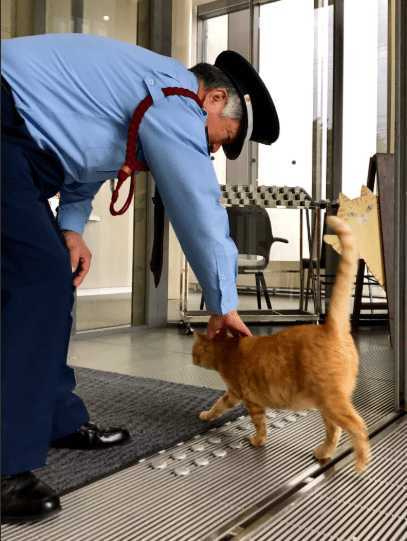 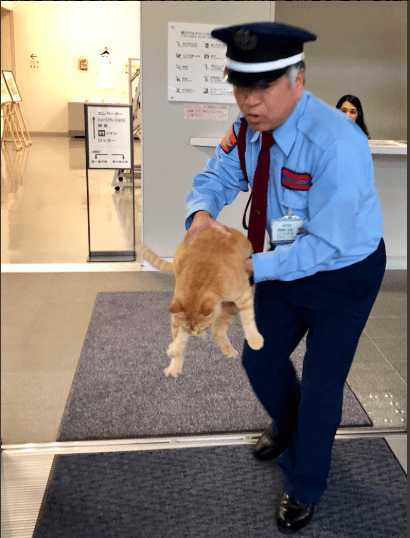 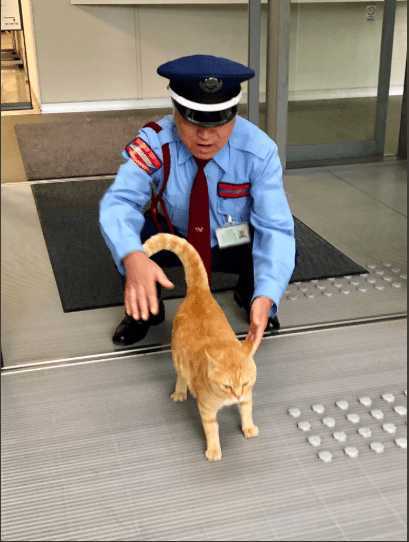 People have showed their love and affection for the cats on Twitter, many of them suggested the little kitties should be allowed to go inside, so they can get a little culture. Many people have been sharing the adorable pictures and videos from the dedicated Twitter page, including one involving the black cat immediately rolling on its back as soon as the guard comes over to shoo it away. This is cheerful view.

The cats are strays, but now no one can even judge them through their fame.  Though the duo has yet to actually enter the museum, they made their way through merchandise and souvenirs available in the museum lobby. 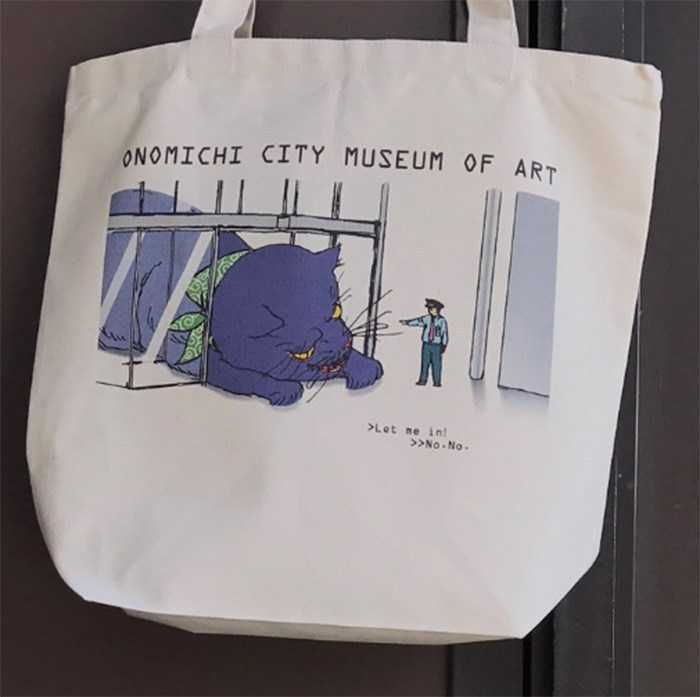