When their favorite cat and best buddy, Bailey passed away right before Christmas, these two cute little girls-the 4-year-old Abby and her younger sister Hannah from Illinois, US received such a huge amount of support from all over the world. You would too after watching the touching video.

As shared by their mother, Erin Merryn on social media, the girls received endless support in form of cards and gifts from France, Sweden, New Zealand, Scotland, the Netherlands, Canada, Argentina, Germany, Australia, the Philippines, the UK, Italy and the US—and it keeps on coming!

Abby and Hannah with the letters of support they received from all over the world. 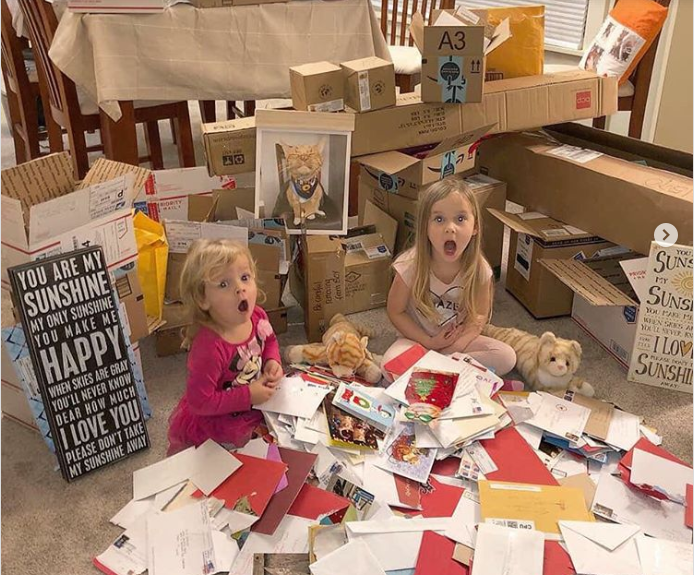 They even received lots of orange cat stuffed animals that looked just like the 14-year-old Bailey. 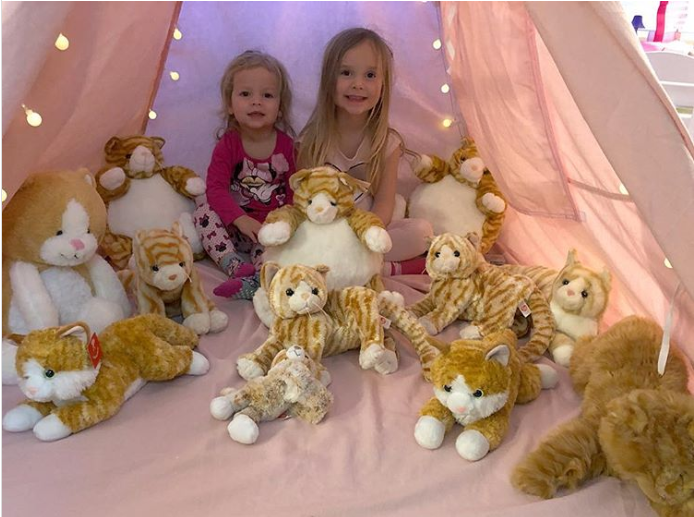 The ginger Bailey was just a tiny cat when Merryn met him during her university years. She knew right away that Bailey is a very special cat and one that should be shared with the rest of the world.

Little Bailey when Merryn first got him. 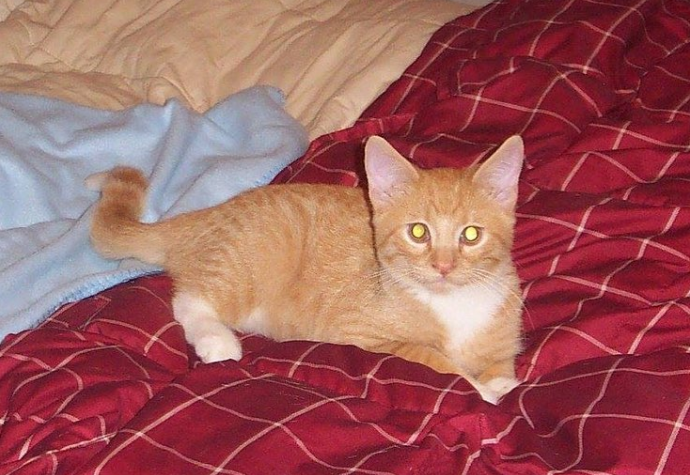 Bailey’s social media account became quite an internet sensation when photos and videos of him adoring the little sisters circulated online. His tight bond with the adorable sisters gained attention worldwide with 112,000 followers on Instagram.

The sisters and Bailey were inseparable. 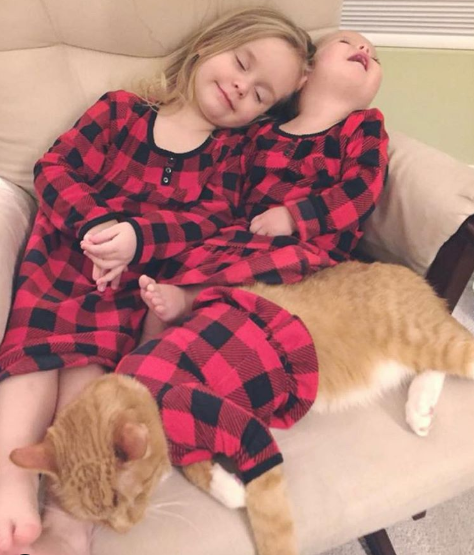 They’ve been enjoying each others company every single time. 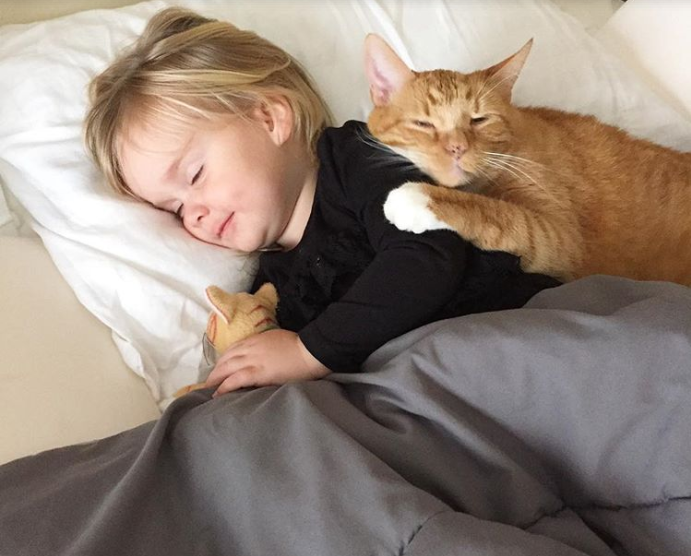 Just having a meal together. 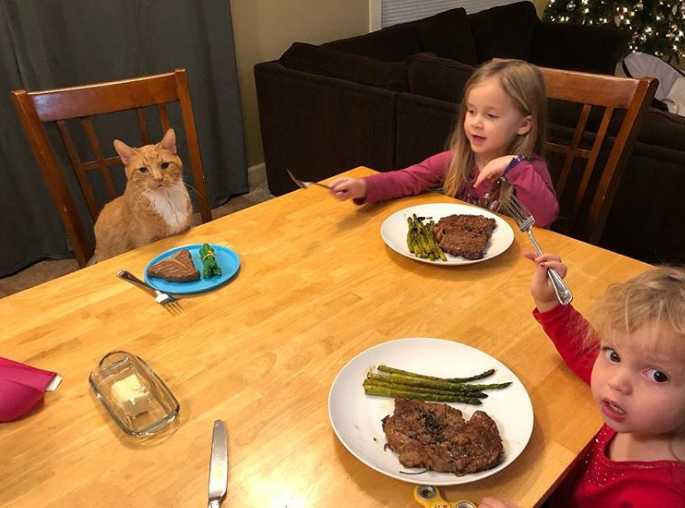 Bailey’s affectionate interaction with the little sisters and endless cuddles keep the followers happy on daily basis, but people just lost it when Abby sang ‘You Are My Sunshine’ three hours before he passed away.

Abby was deeply saddened by the loss of her best friend and trying her best to sing for him one last time.

The family was touched by all the gifts they got and thanked the generosity of Bailey’s followers.

“In a world where you hear a lot of the negative, you’re seeing right here some of the positive. Thank you to all who sent cards, they loved opening them. You made this difficult time a little easier,” said Merryn.

May you rest in peace, Bailey.