75-year-old Terry Lauerman of De Pere, WI, is an elderly man who volunteers at Safe Haven Pet Sanctuary in Green Bay, where he brushes the cats. He accidentally falls asleep almost every time he volunteers at Safe Haven, but he’s still one of the best volunteers we’ve ever seen. The elderly man hasn’t let old age or fatigue stop him from doing the important work of brushing and spending time with shelter cats. When he gets too tired, he just takes a little nap, and the cats seem to enjoy that just as much as when he’s awake!

“We are so lucky to have a human like Terry,” Safe Haven Pet Sanctuary posted to their Facebook page. “Terry just came along one day and introduced himself. He said he’d like to brush cats. Eventually it became every day. He brushes all of the cats and can tell you about all of their likes and dislikes. He also accidentally falls asleep most days. We don’t mind – cats need this! Terry is a wonderful volunteer.” 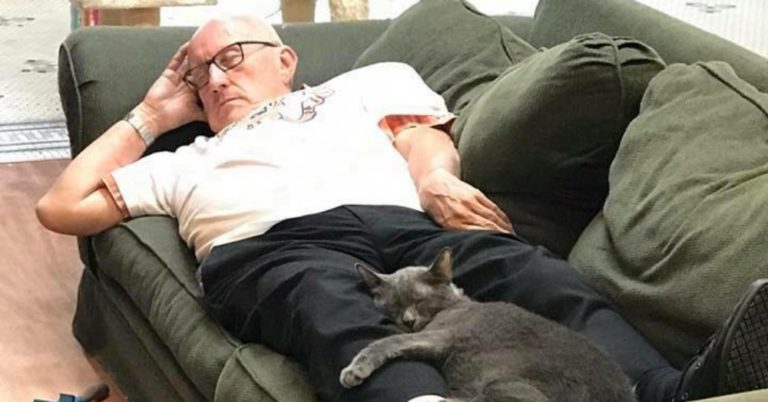 Since the photos were posted, this “Cat Grandpa” has gotten a lot of attention on social media, so much that the sanctuary’s old computer can barely keep up with all the comments. The small non-profit’s website even crashed for a short time, with its server reporting more than 1,000 visits per second.

People are writing poems about Terry’s work, suggesting that he be featured in a calendar or interviewed on the Ellen Degeneres Show, and even unofficially nominating him for president.

“I just told Terry about this post having thousands of likes and surpassing 40,000 views….he was SHOCKED!” Safe Haven posted as a comment to their original story. “I tried to explain to him that he’s famous now. 😂 (I’m still shocked too.) He said, ‘Now if all of those people would just donate $5 to help the kitties, that would make such a big difference!’ He also said we should all pray for him to win the lottery so he can donate it to his cat friends.” 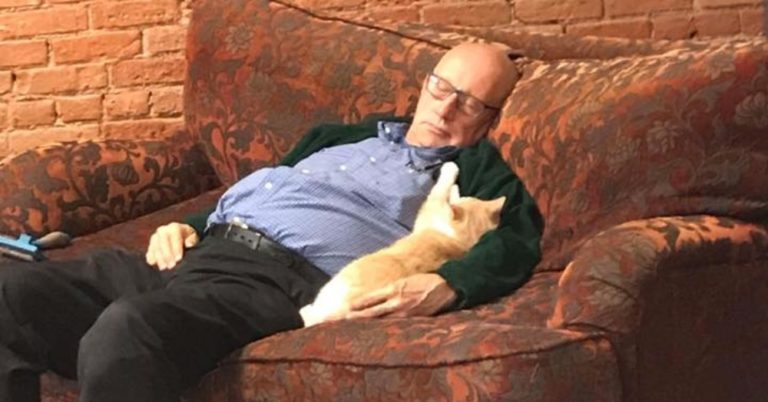 That comment, of course, melted our hearts just as much as the original post and served to boost Terry’s popularity across the internet. Safe Haven followed up with another comment to further reveal Terry’s character:

“When Terry comes in today, I’m going to have to tell him that he’s famous.

I can almost guarantee he’ll just laugh and say “Oh, really?”…shake his head…and then go back to brushing cats. He’s very modest.”

That conversation seems to have sparked a brilliant idea, because Terry now has a fundraising pageon Facebook, created by Elizabeth Mae, the owner, president, and founder of Safe Haven Pet Sanctuary. People who have seen Terry’s story are eagerly donating to help the cats in his honor, and over $5,000 have been already been raised in just a few days. Shopko even donated a recliner for Terry to take his naps in! 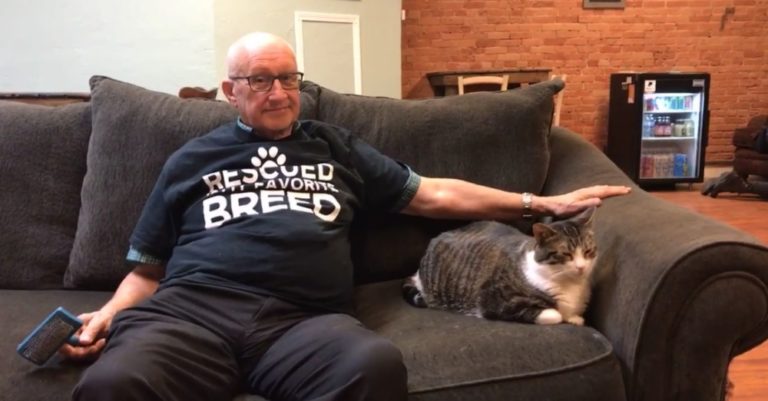 Some commenters have also let the cat out of the bag (pun intended) that Terry used to be a Spanish teacher, and now the internet is virtually exploding.

“IS TERRY A WIZARD?!” exclaims Jess Alexander-Snyder. “Like he snuggles cats and speaks Spanish? Where did this guy even come from.” 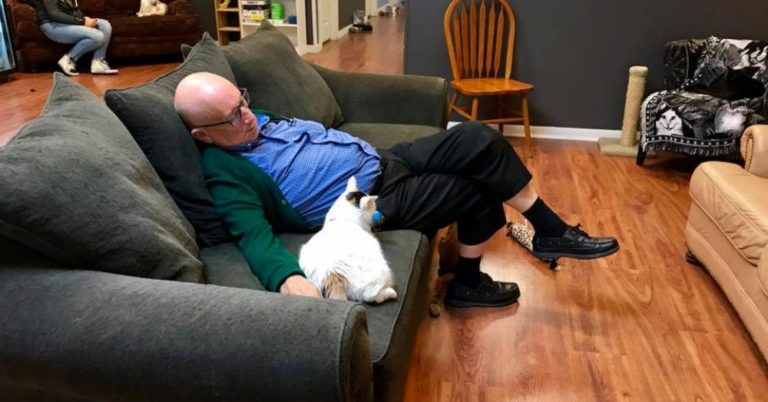 It’s clear that the internet is in love with this adorable old man who’s just doing his best to help the animals. And it’s a cherry on top of the cake that his fame has brought extra help for the animals too! We’re certainly rooting for him to win that lottery jackpot so he can donate it all to the kitties!

Check out the video below to hear the latest from “The Cat Grandpa.”