It is usually considered that male cats are notorious kitten killers. Domestic male cats as well as male cats in the wild aren’t known for their fathering skills. Not all male cats kill kittens and some have even been known to participate a little in caring for their own young by cleaning and playing with them. People have even reported having their tom cats turn up with litters of kittens in tow, as if to inform their humans that they were living up to the responsibilities of fatherhood. Female cats often help their family when it comes to looking after the little ones. Some female cats act as midwives, attending a birthing and helping to clean the newborn kittens.

This male cat tries to break down the misconception and got a chance to prove him to be a great parent to his cute kitten when the mother cat is taking a day off motherhood. This father cat might not have the best parenting skills but he tries his best to take care of his kitten including feeding it well. He does his best to feed his baby till tummy is full. It is dinner time but the feeding bowl is quite far away. He fails again and again but succeed at the end.

So, the father cat tries to follow what the mother cat been doing effortlessly, picking up the kitten by its scruff. 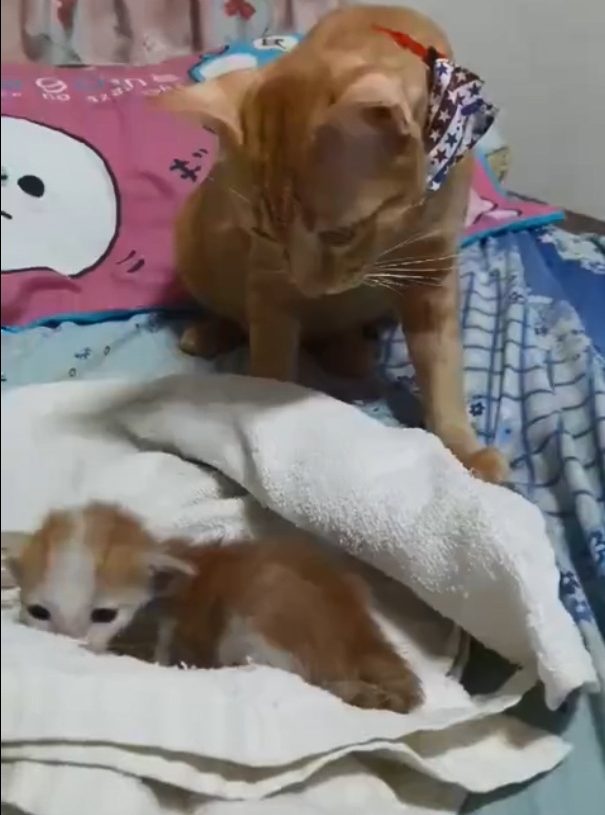 He fails this time. He attempts to pick up the kitten by its tail 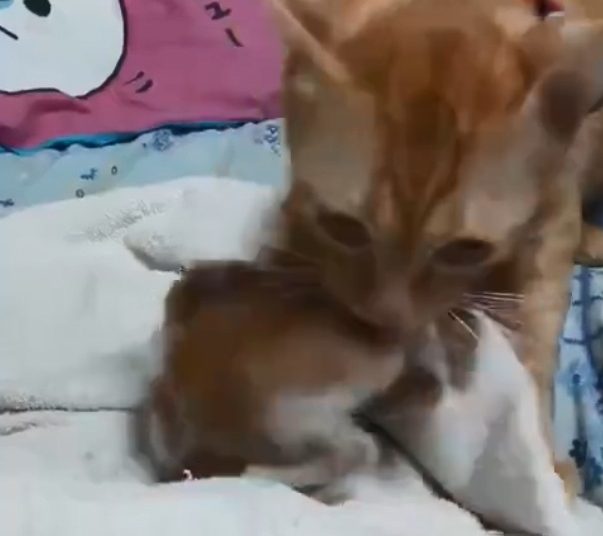 It’s not that easy! 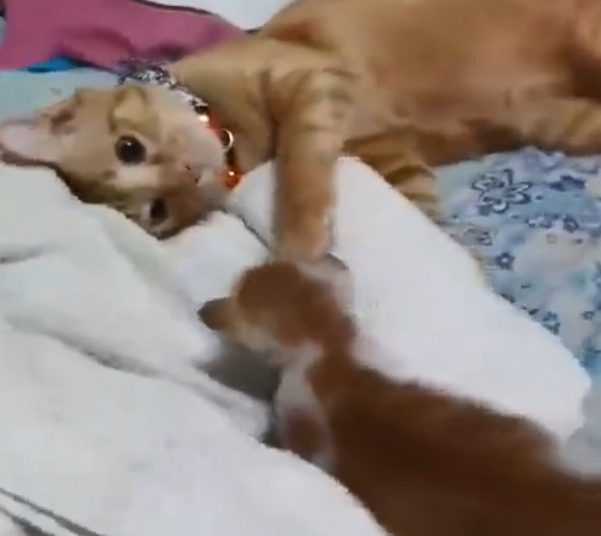 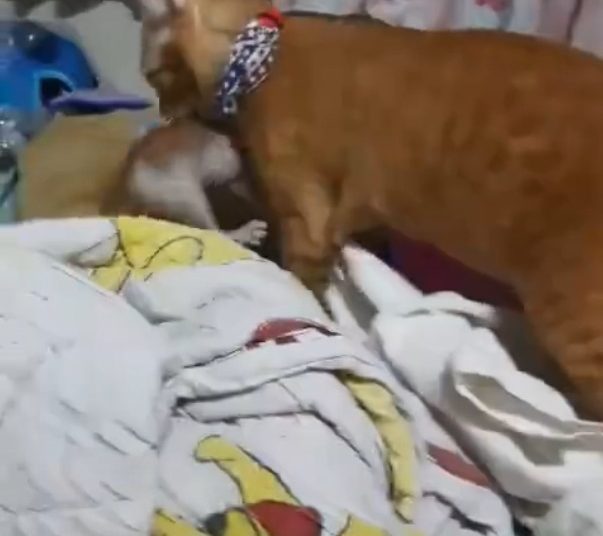 The father cat is finally able to bring his kitten to the feeding bowl and feed it! 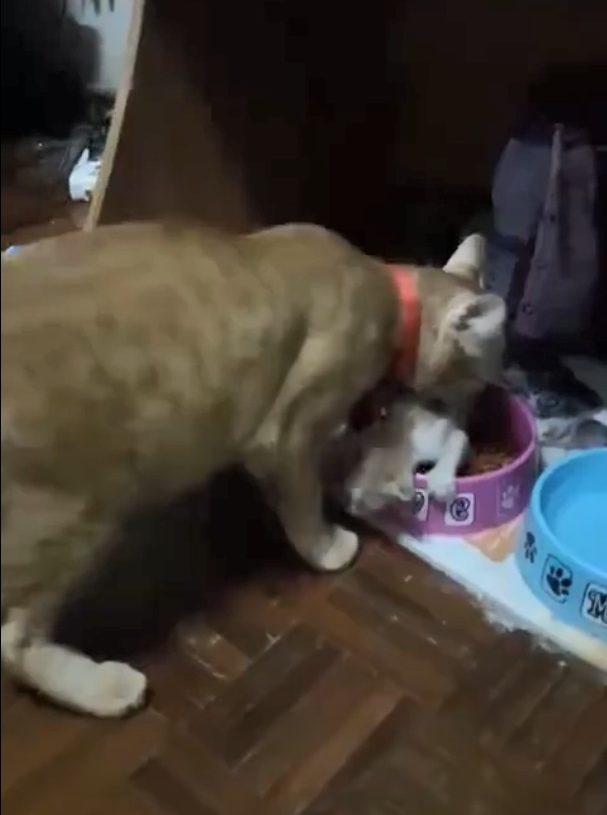 Father cat proves be a great father to his kitten. The mother cat will be so proud of him 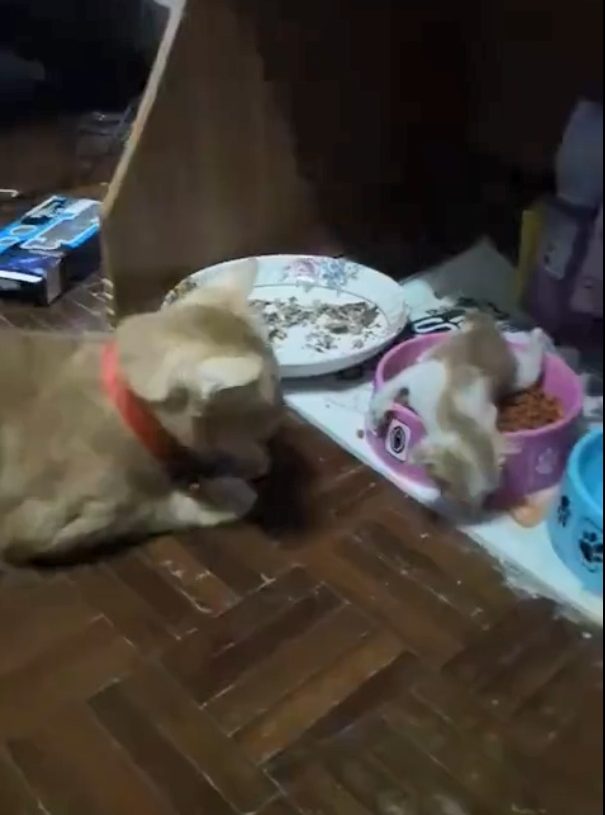