An adorable kitten brought bundle of joys in this home. Five-year-old Amelie, got to experience the happiness of her family’s new addition when they adopted Luna, a green-eyed black kitten who was in need of a loving home. Amelie was adamant about getting the female in the litter, and immediately, the two formed a special bond.Both are so cute. 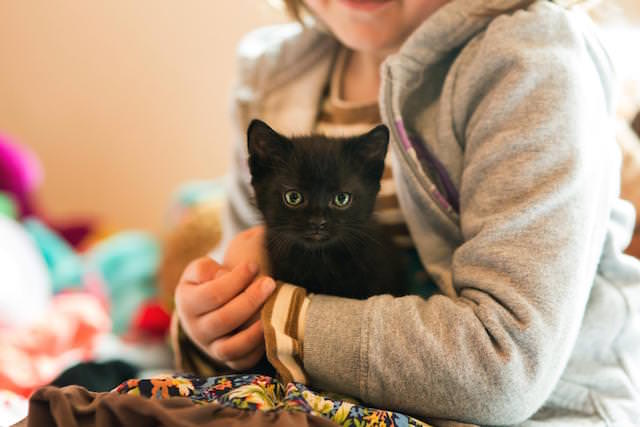 “Wherever Amelie is, the kitten is not far behind. They even sleep together!” Kitty Schaub, Amelie’s mom, told iHeartCats. “Luna is now about 10 weeks old, and is either sleeping sweetly on someone’s lap, or terrorizing the dog and climbing in the plants.” 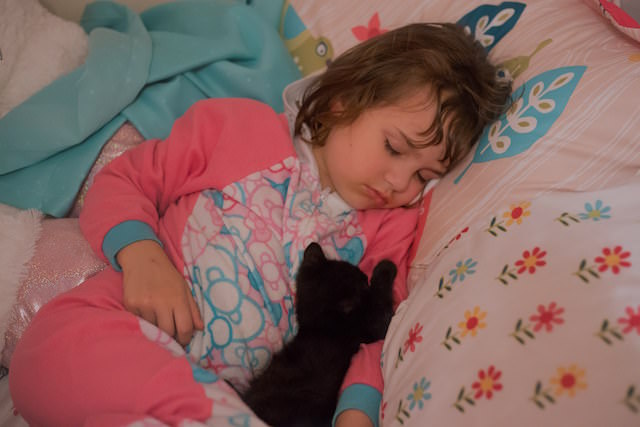 Luckily Amelie’s  mom is a photographer who especially loves taking photos of children and babies. She’s been able to capture some beautiful moments on camera. 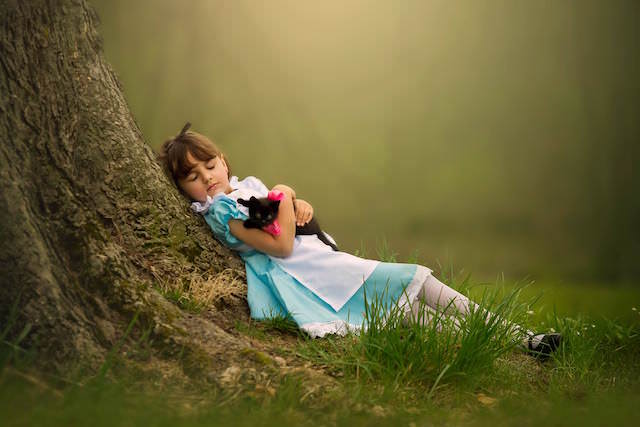 When little Luna was introduced to the family, Kitty got the idea to have a newborn photo shoot with their new baby. As it turned out, the results were awesome. 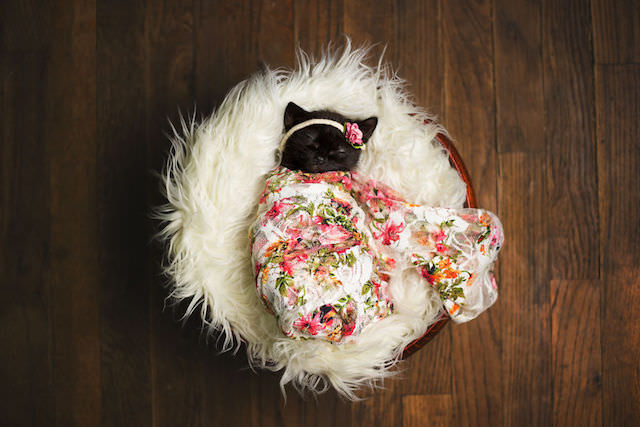 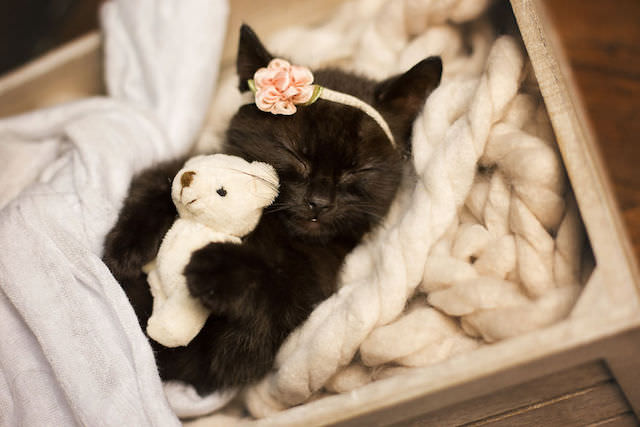 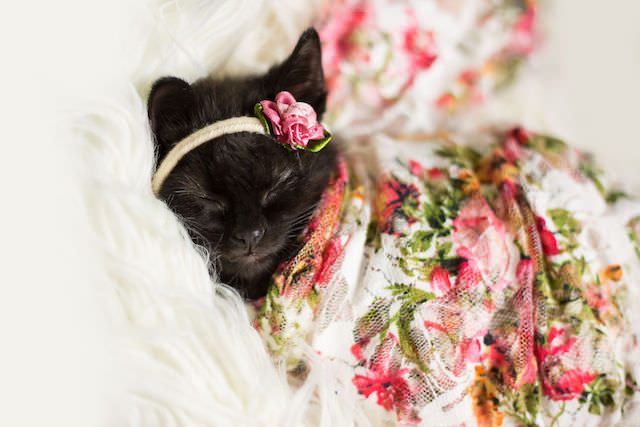 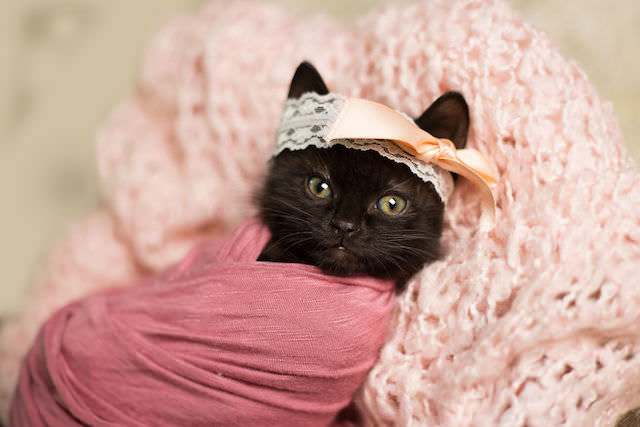 The photos of Luna were such a hit, Kitty decided to make calendars and sell them to raise money for a local animal rescue called Save-A-Stray. All profits will go to the organization, which helps rescue, rehabilitate and re-home homeless pets! You can also purchase a beautiful Luna calendar.