When your dog get nervous when he sees you getting ready to leave the house and he go bonkers with joy when you come home, he destroy your shoes, claw the door, or chew the corner off an end table while you were gone means that your dog could have separation anxiety. It is one of the most common issues dog owners have to face.

Separation anxiety happens when a dog that’s hyper-attached to his owner gets super-stressed when left alone. It’s more than a little whining when you leave or a bit of mischief while you’re out. It’s a serious condition and one of the main reasons owners get frustrated with their dogs and give them up. But there are plenty of things you can do to help. It’s very important to help calm down your pet. Recently, one animal organization went viral after they introduced a unique way to make the pets comfortable by using a mannequin to replace the owners of the pets.

Recently, the adorable dog Shorty turned 15 years old. This senior pup has been living with his owner Marc for 11 years and was adopted from a shelter. They were inseparable.

“Marc was working at a shelter in Reno when Shorty was surrendered. It was love at first sight and Marc adopted him” Marc’s wife Kristen told. 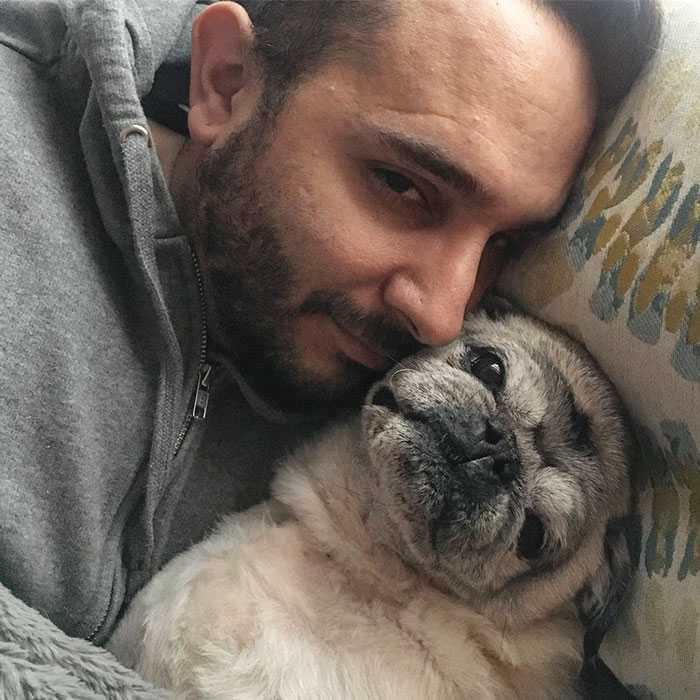 Shorty never left Marc for a minute, they traveled to work together. However, things have changed with time, when shorty grew older. Due to health concerns, Marc couldn’t travel with him anymore.

“Now that he’s older it’s too difficult for him and we don’t want him getting sick. When Marc is gone Shorty is extremely anxious. He’ll bark and cry and nothing will calm him.” Kristen said. 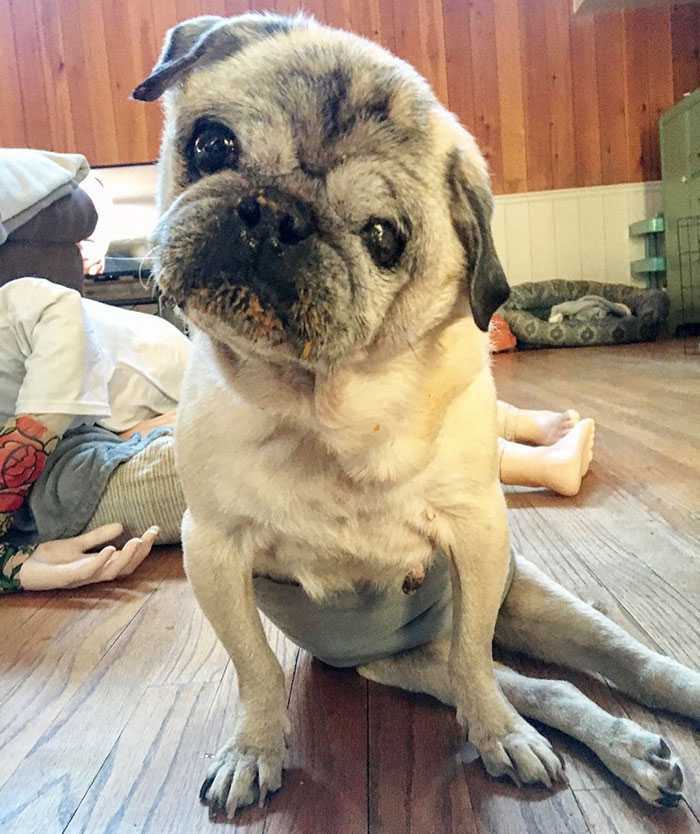 But one day Kristen’s mom came up with an idea to help him.

“She was over one day while Marc was away and saw how upset Shorty was. She went home and ordered the mannequin from a Halloween store that night.” 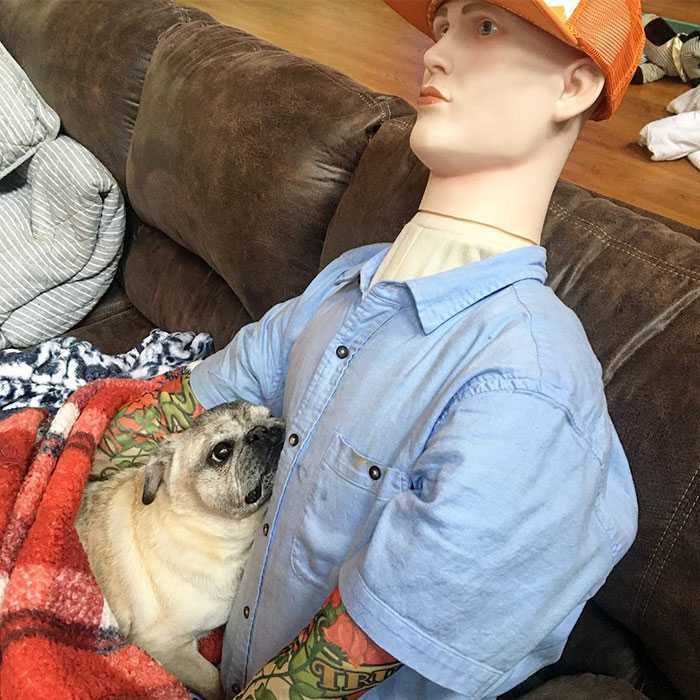 “When she told me about it, I thought she was nuts. I really didn’t think it would work and it would just be a funny photo opportunity,” she said. 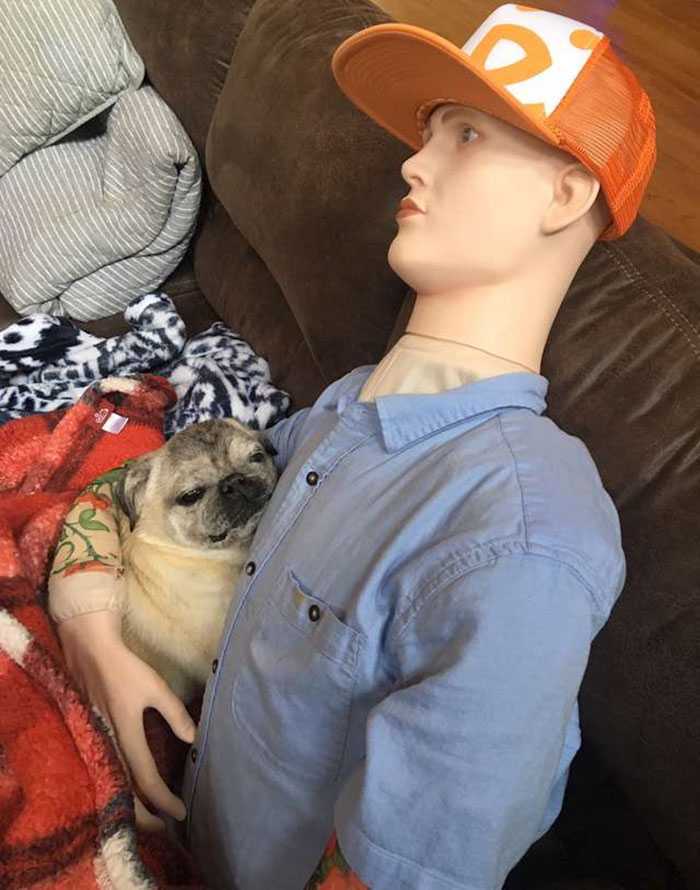 When the mannequin arrived, Kristen made it resemble with Marc as much as possible. She dressed the dummy in her husband’s clothes, she also put on the tattoo sleeves on its arms. 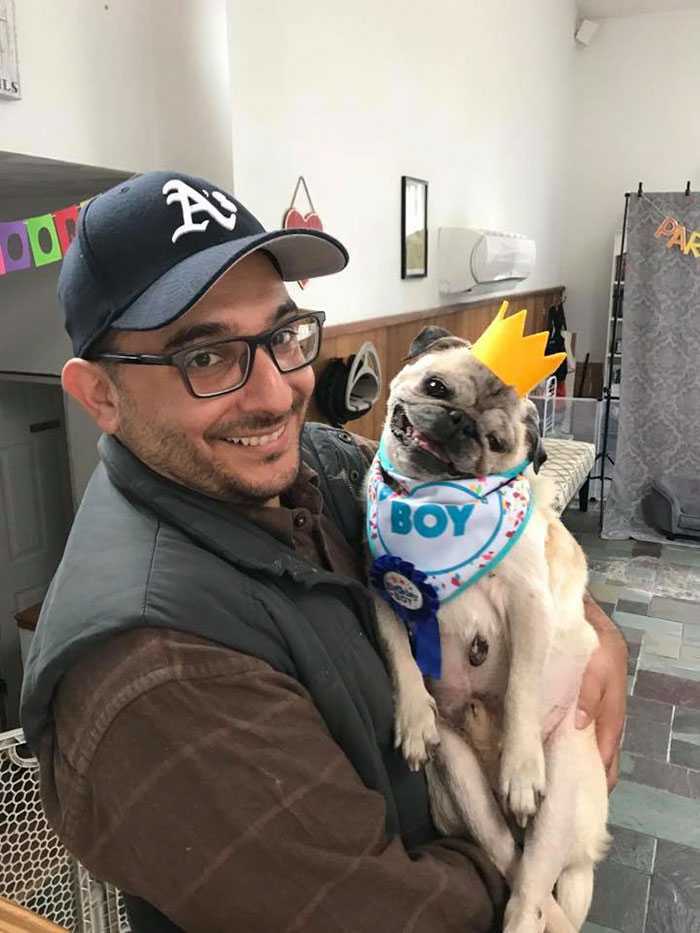 She called the mannequin FARC and placed it on the couch. Then they introduced the anxious dog to the new Marc. He didn’t react oddly. 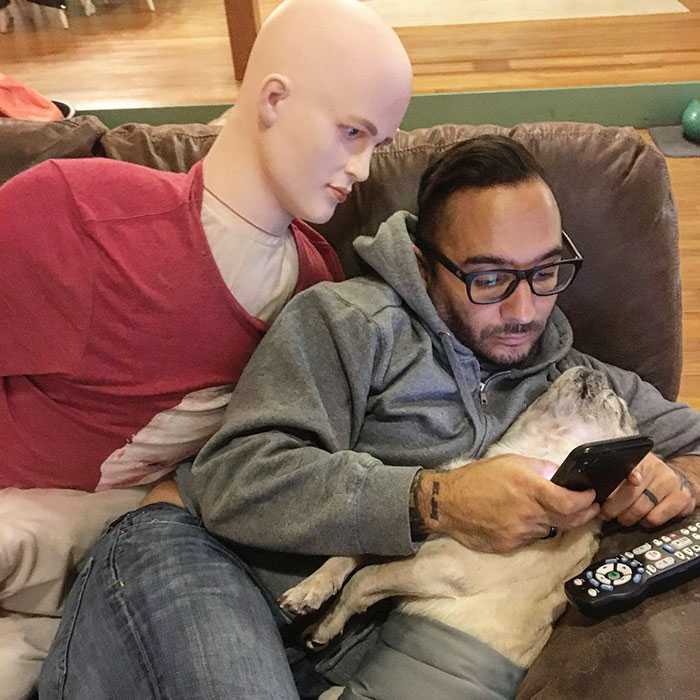 This dummy helped to comfort other senior dogs too because Kristen and Marc have a lot of them.

The pup was asleep within 30 minutes and slept calmly through the night. Kristen’s hilarious  idea became a real anxiety medicine for the distressed puppy. 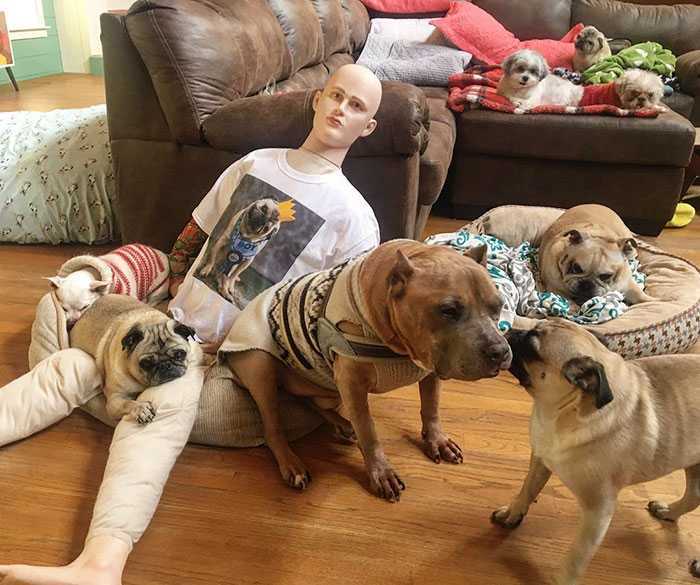 The couple runs Vintage Pet Rescue a retirement home for elderly dogs located in Rhode Island. Currently, they look after 32 elderly dogs. The organization relies on donations, so if you want them to continue helping out these dogs like Shorty, you can support them by donating.

Here’s how people reacted to this!