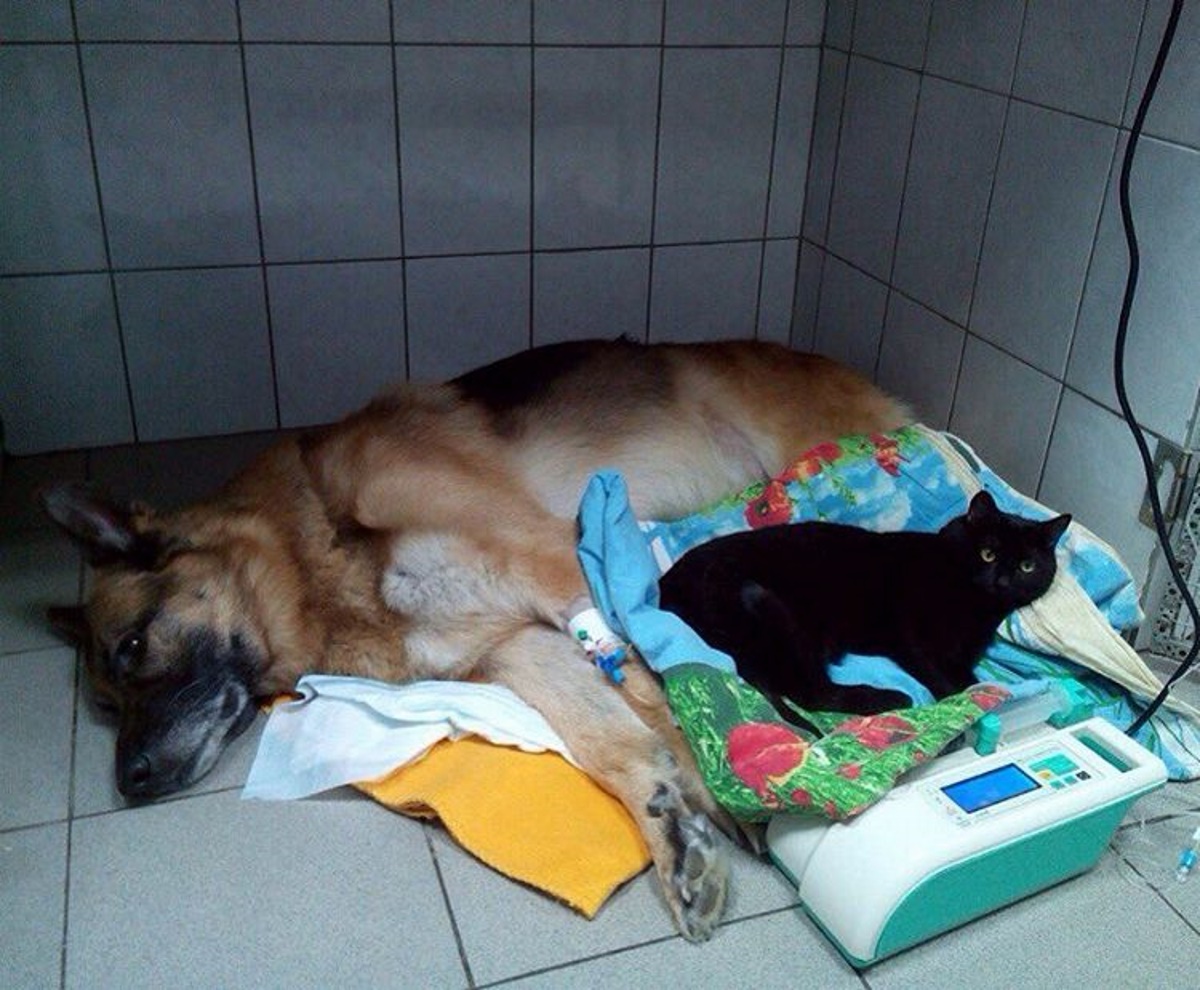 Black cats are usually considered to be the symbol of bad luck, but this one removed all the conventions and proved to bring good fortune for every one around. Don’t go for his a spooky name that has a dark reputation. This is one kind-hearted kitty, who is giving back to the veterinarians who saved him. 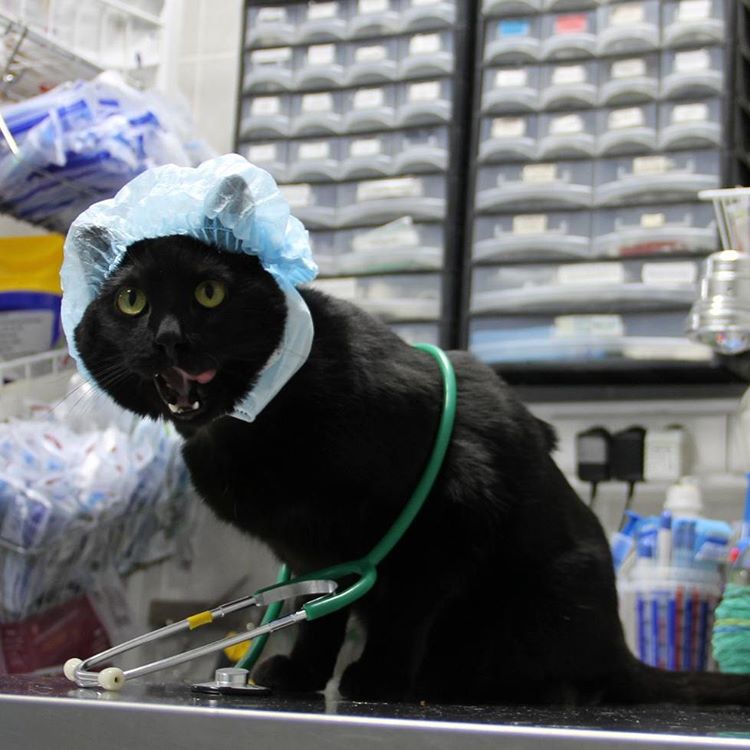 The first you will notice about this animal clinic in Perm, Russia, is that it has a nurse working with them who’s a little out of the ordinary. For one thing, he’s much furrier than the others, and, for another, he gets paid in affection. However, no one can fault his warm bedside manner and dedication.

Though, Lucifer was brought into Clinic Fang as a patient. The Bombay black cat had suffered a horrible injury that left him with a damaged spine. 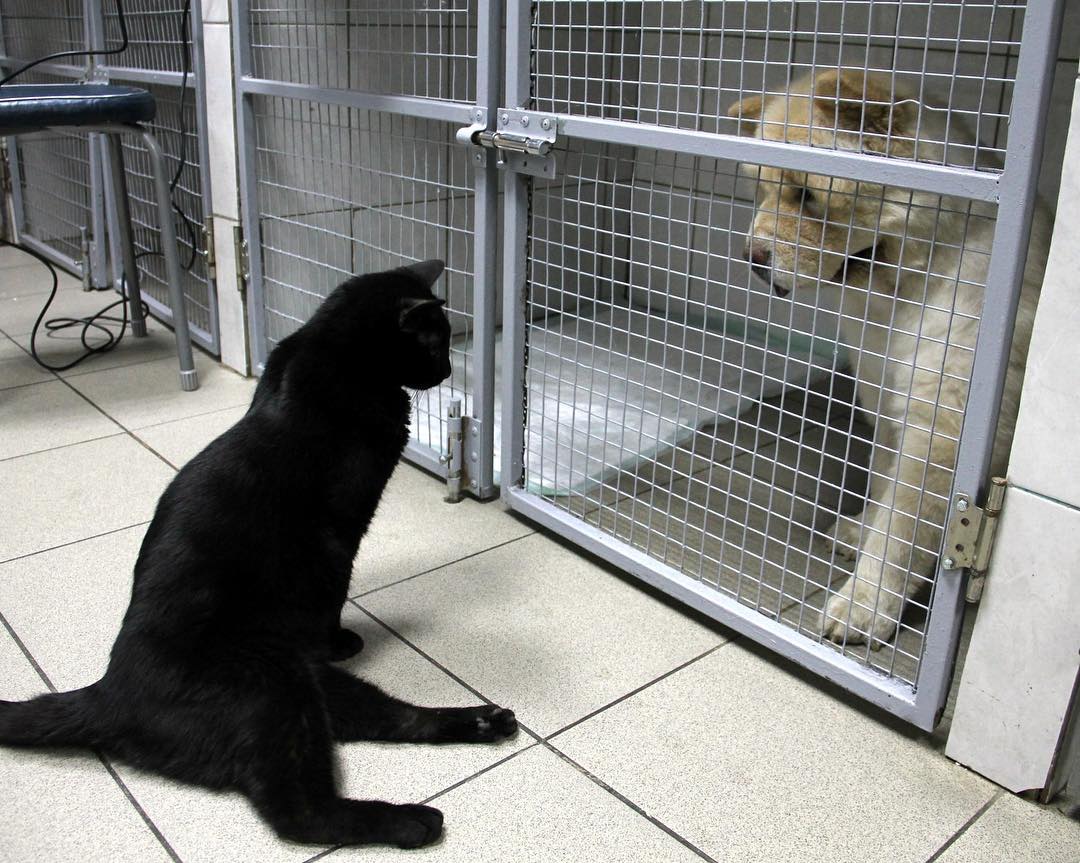 On the clinic’s Instagram account, Luc apparently explains his situation in his own words. “I don’t know what it means to walk because when my new owners found me I had a problem with my legs,” he wrote. 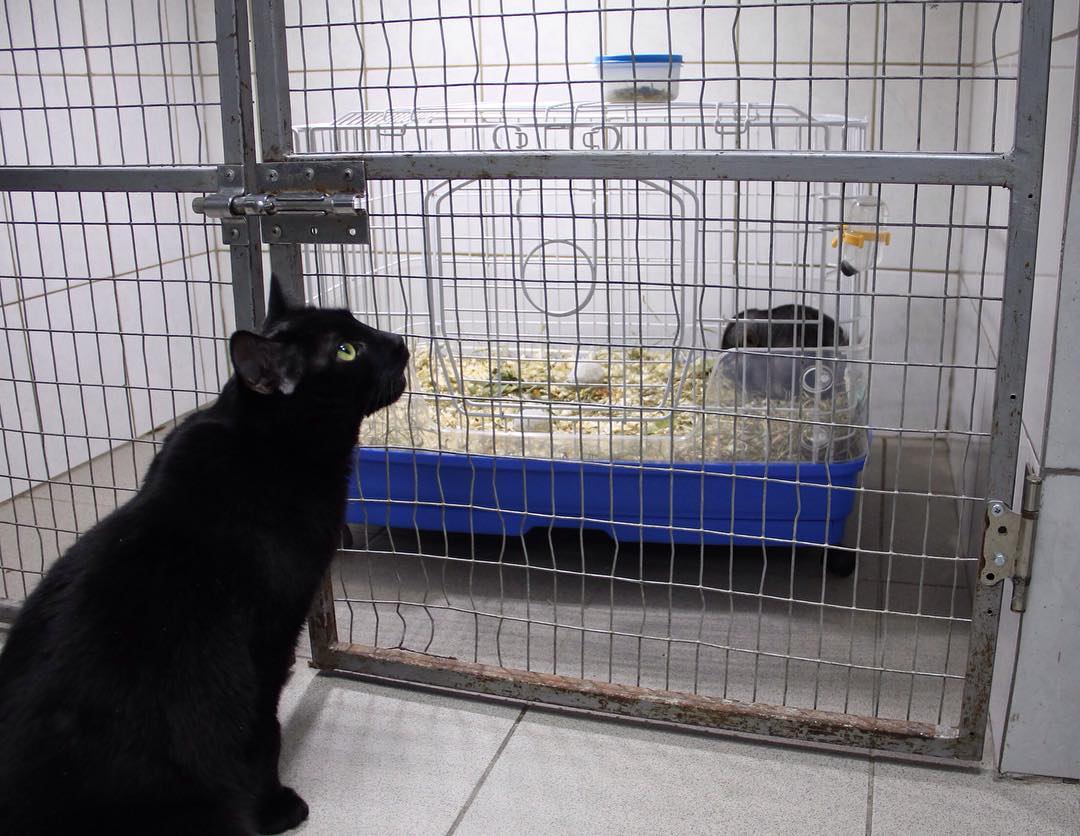 He added, “They think that it’s because I once got squeezed by the door and now I have a damaged spine.”  Luc was taken to the clinic and given a new home with the veterinarians there. But that wasn’t all he found at Clinic Fang. 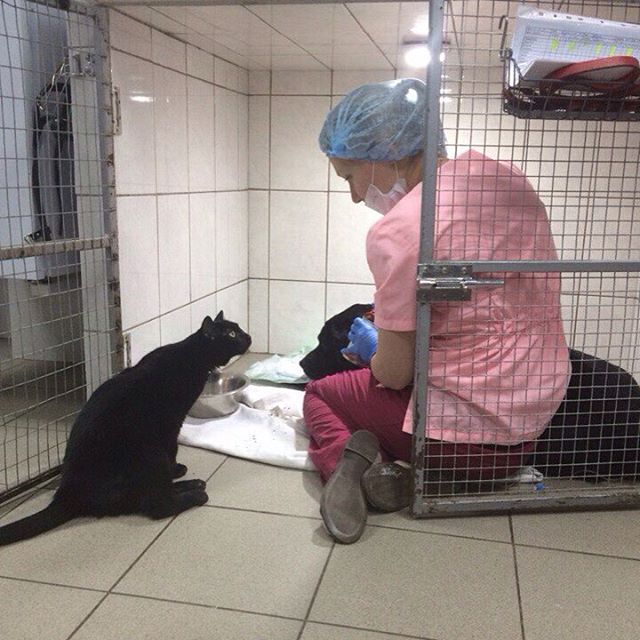 The kind hearted cat also discovered a new calling in life. The vets had noticed that Luc had been visiting the other animals brought into the clinic and giving them comfort when they were in bad condition. In fact, it did this act of kindness regularly, despite his own disability. 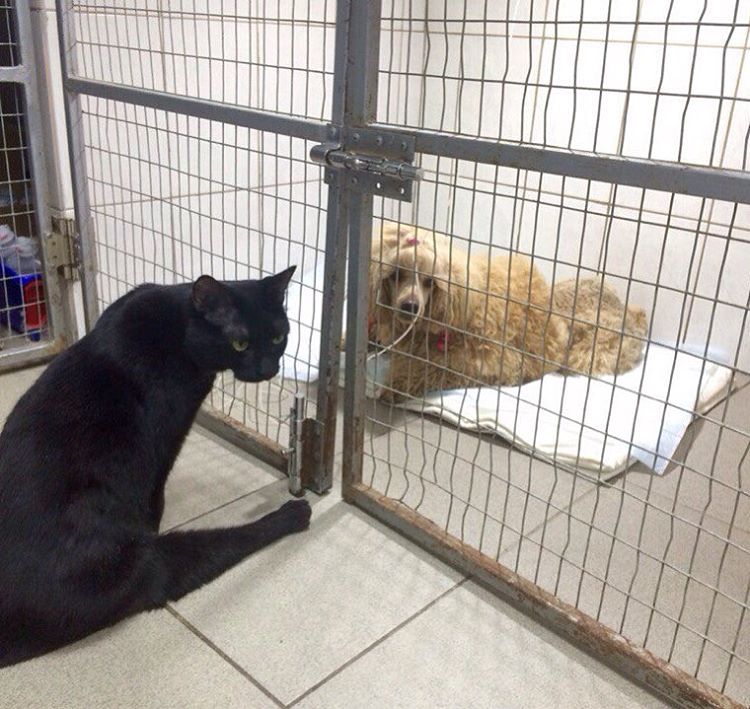 “After the doctors helped me to recover, I devoted my life to give moral support to the other animals that are healing in [the] animal clinic,” Luc told social media followers. “Being a survivor myself, I really understand the pain of others.” 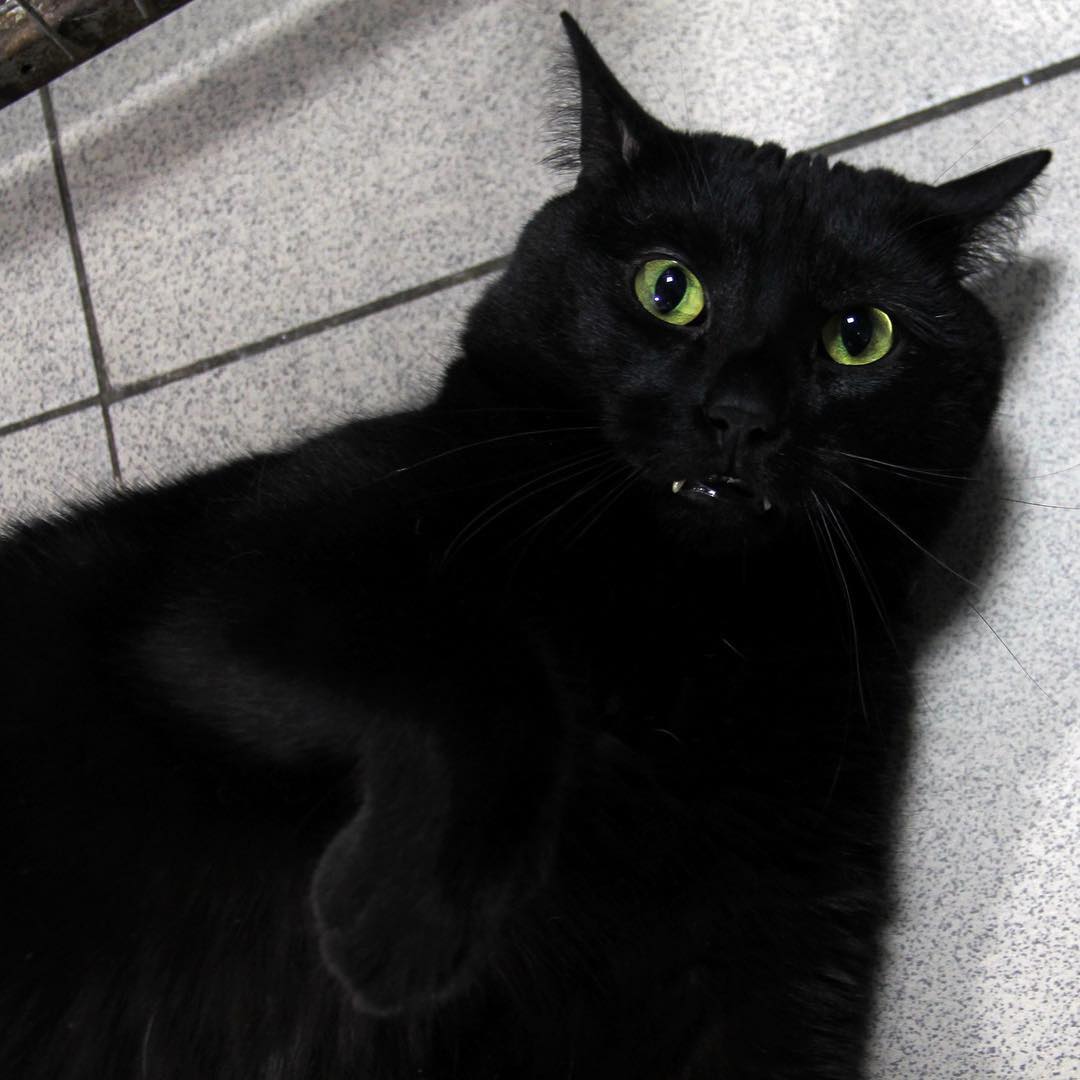 He was also quoted as saying, “I still have difficulties walking but nothing can stop me from comforting others that are just like I was.” Luc became an honorary nurse at Clinic Fang, with his disability visited the clinic’s patients and offered them a good companion. 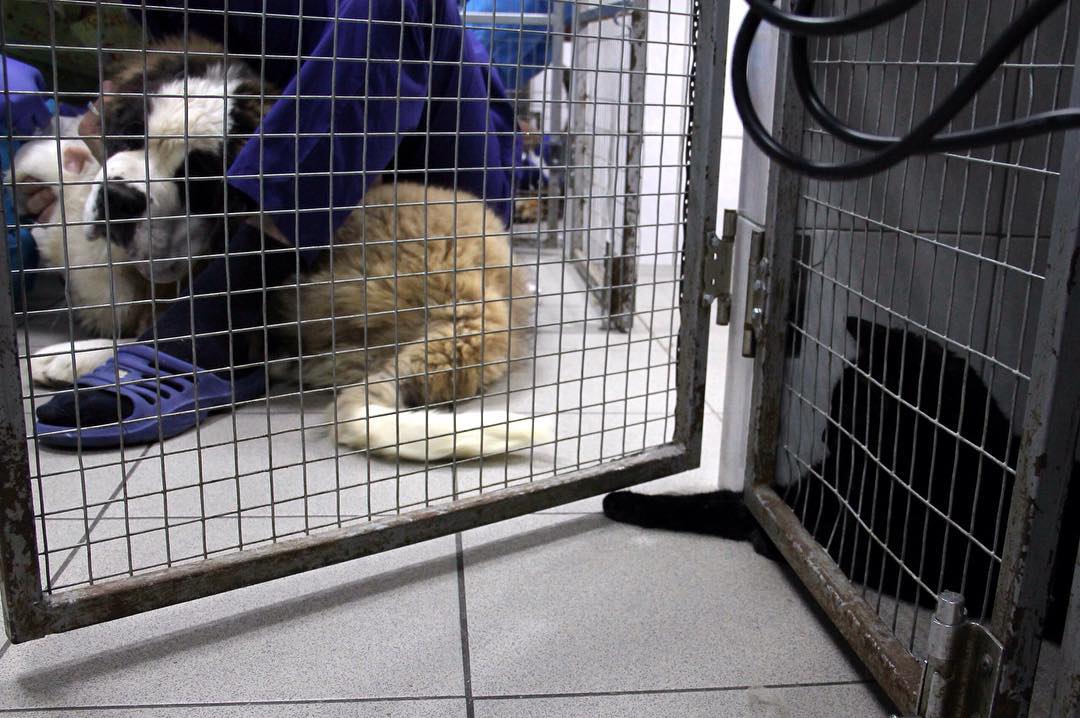 Lucifer always used to visit the sick and injured, regardless of their species. Their differences doesn’t bother him and even visits animals you would not like his presence, such as dogs and small rodents. 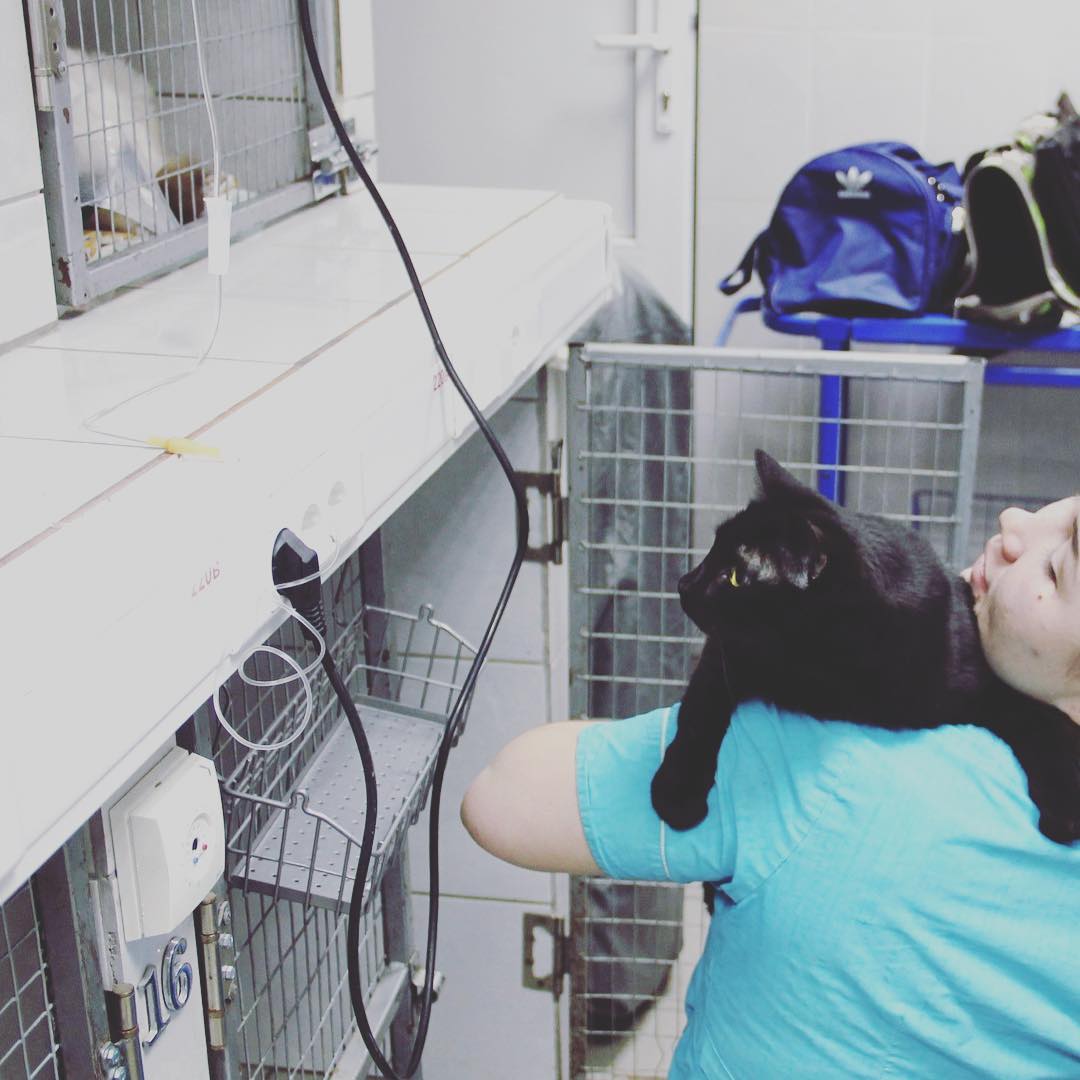 “I often cuddle with patients to keep them warm. Animals at the clinic seem to really enjoy my comforting presence,” he says on Instagram. Still, Luc is offering his patients more than just emotional support. After all, studies have suggested that there is something about cats that make them excellent healers. 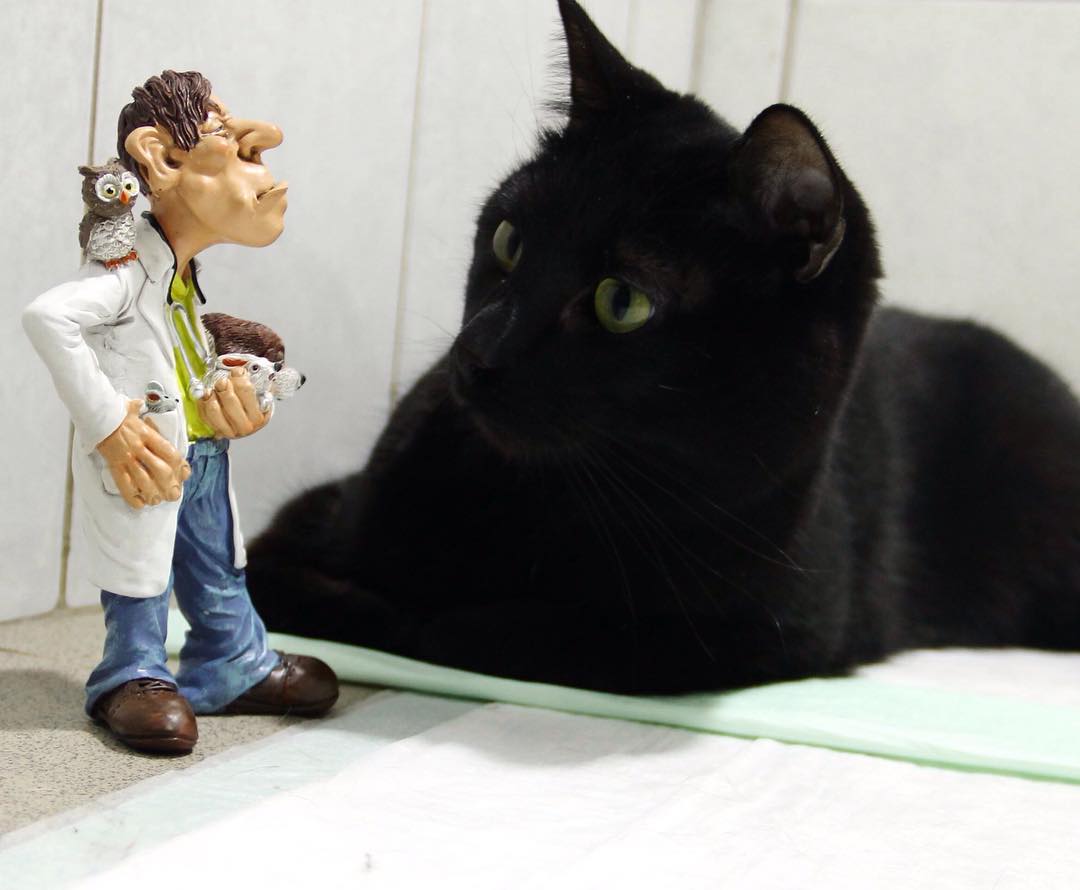 There is something more than magical about a cat’s purr. According to Scientific American, the frequency of the noise is in the right range to promote healing, help speed the recovery of damaged bones and create increased bone density. 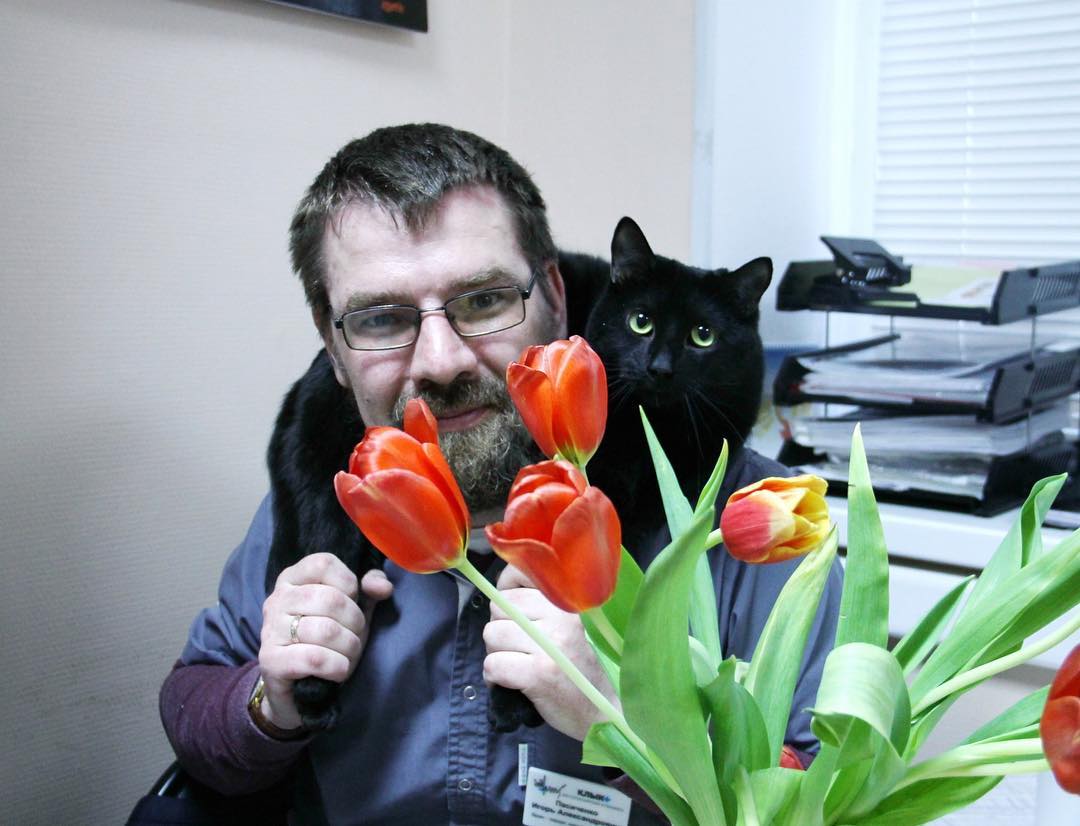 Not only Luc is helping hand , but he is also a valuable blood provider during kitty emergencies at the clinic. “I am sometimes a donor for cats, and I’ve already saved some lives,” he told his fans. Of course, the veterinarians there make sure that he’s safe during the transfusions. 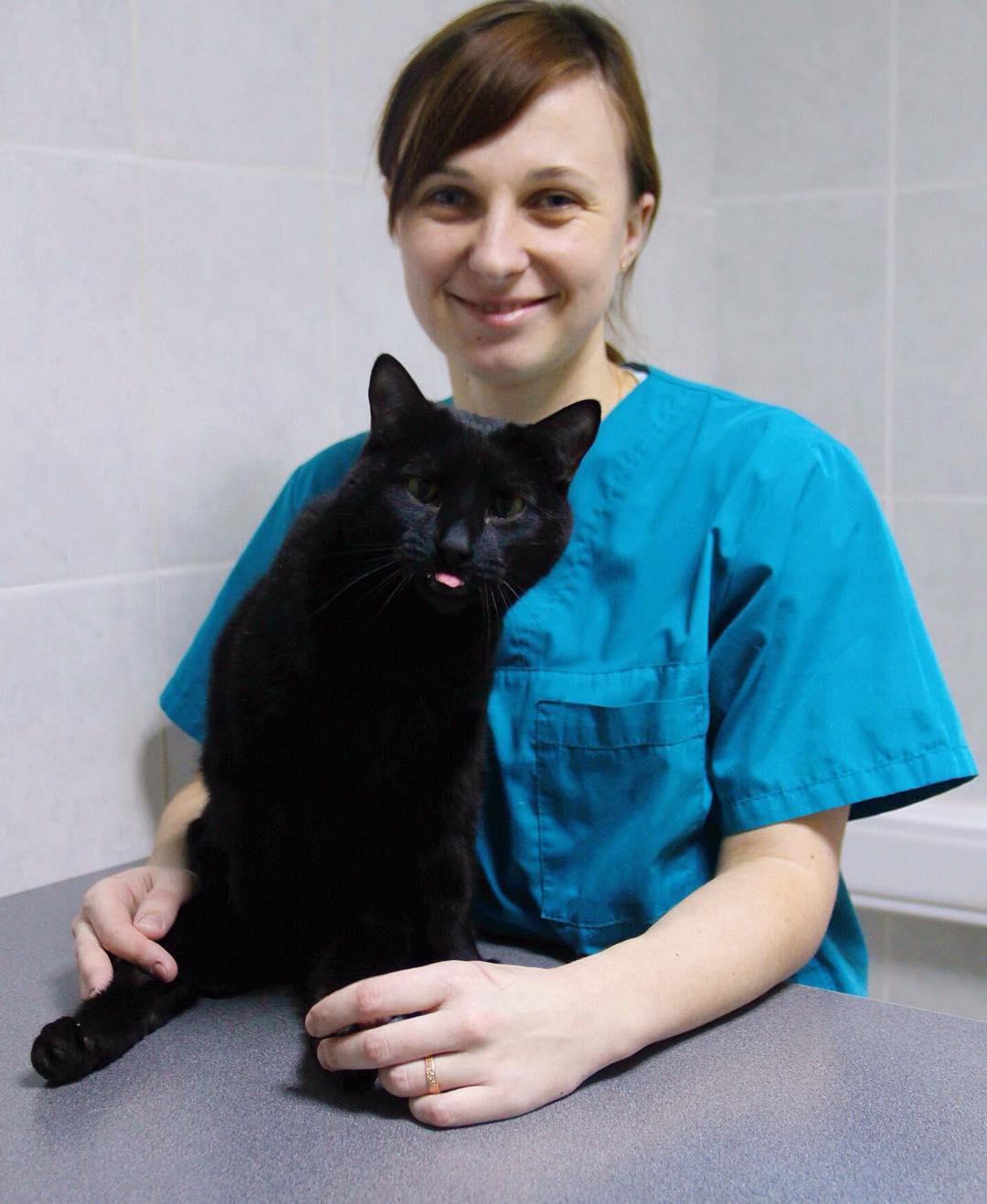 “Today I had [a] difficult day. I wanted [to] help… one cat, who had a problem with blood – it lost a lot,” his Instagram page reported. “But my blood wasn’t correct and my doctors have found [another] donor!” 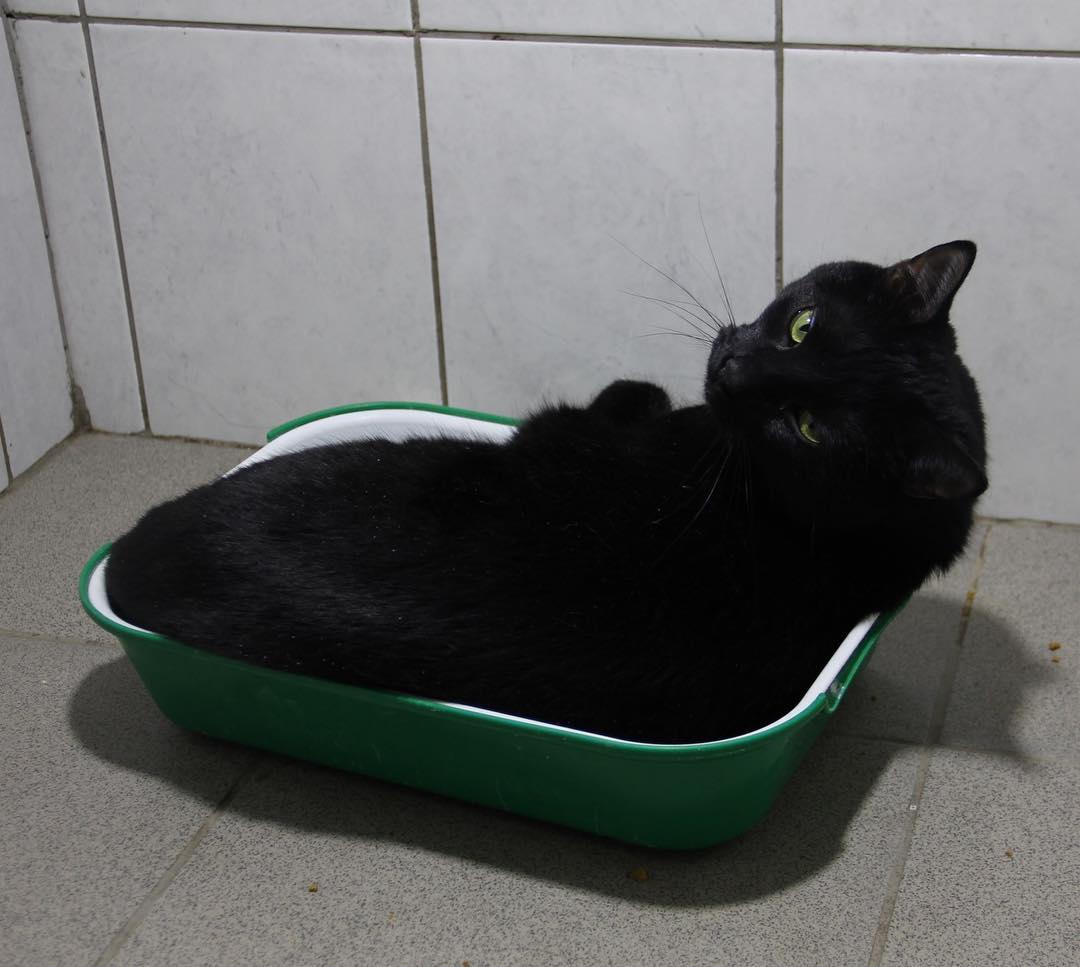 “It is sometimes difficult when your instincts tell you to play and not to work, but ill animals come first,” he said. But he still finds time in his busy schedule to be goofy between patient visits. 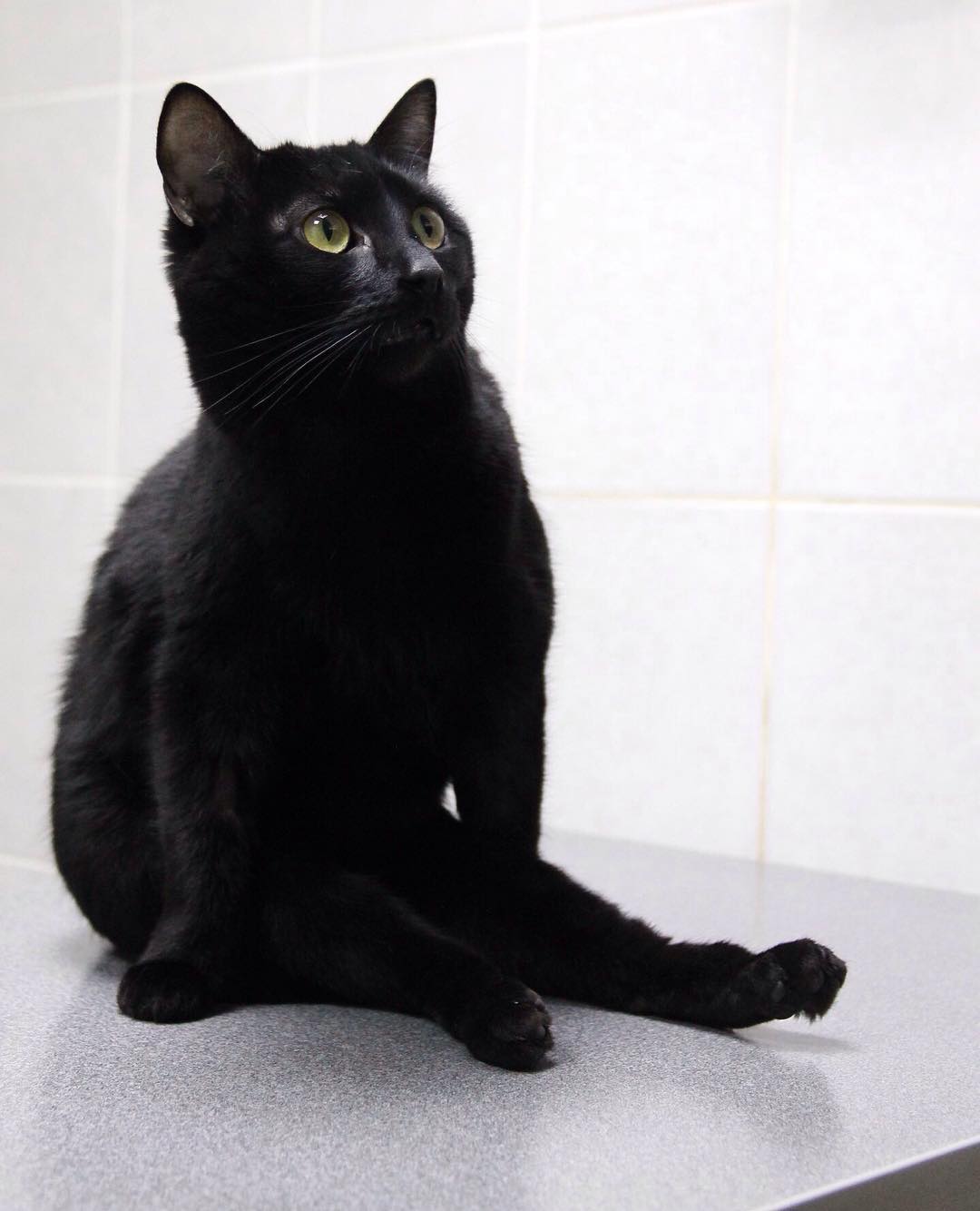 Lucifer never shirks his responsibilities, and the staff at Clinic Fang they should paying him back by helping to heal. And though he already does so much for the team, so now it’s their turn to give some reward to Luc. 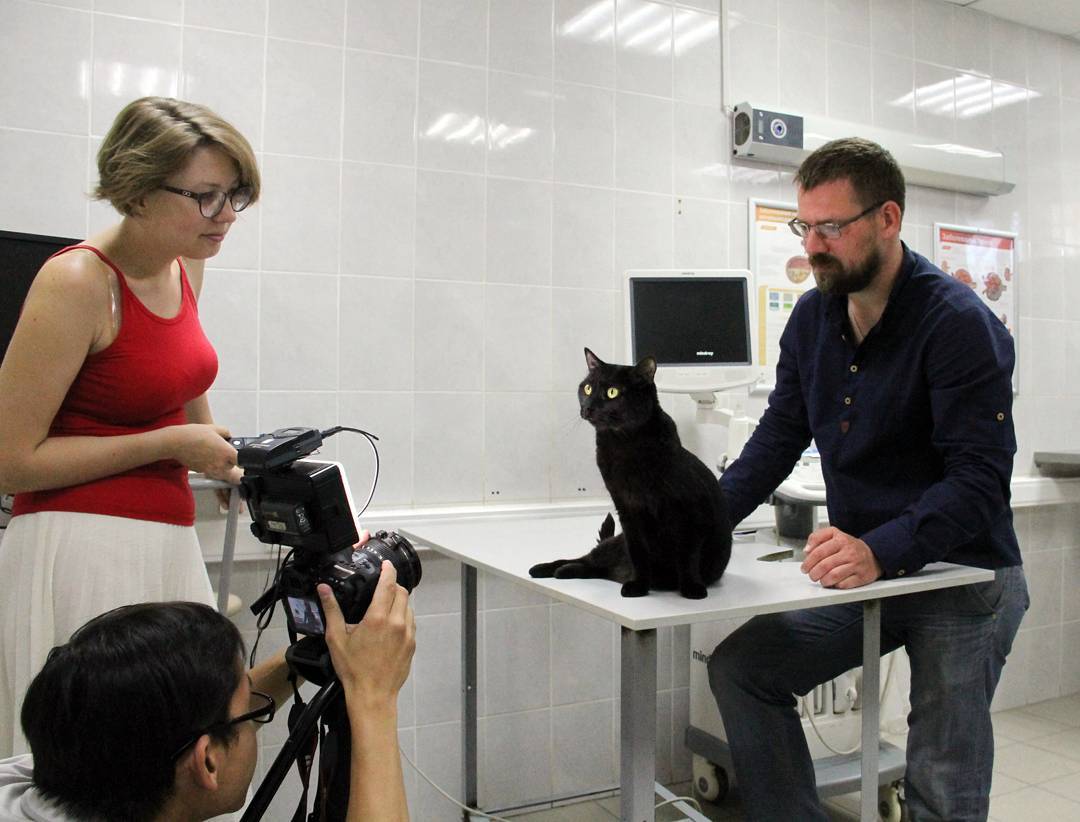 He is involved with helping the other animals is one job but another part-time job he gets is modelling. “Also, I am a model and we make a lot of advertising in our marketing department,” he said on Instagram. He’s quickly become the popular face of Clinic Fag’s social media. 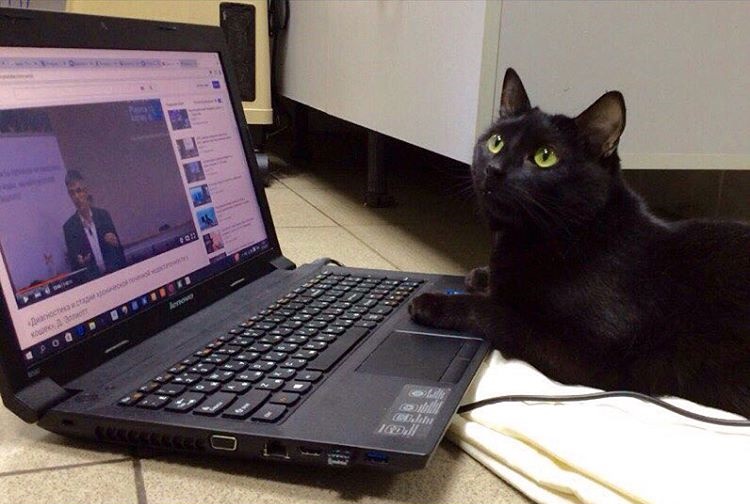 Luc has a look on the fan base, Clinic Fang’s Instagram has over 9,000 followers. The adorable kitty has become so popular that his messages have started being written in English, for his fans who don’t speak his native Russian tongue. 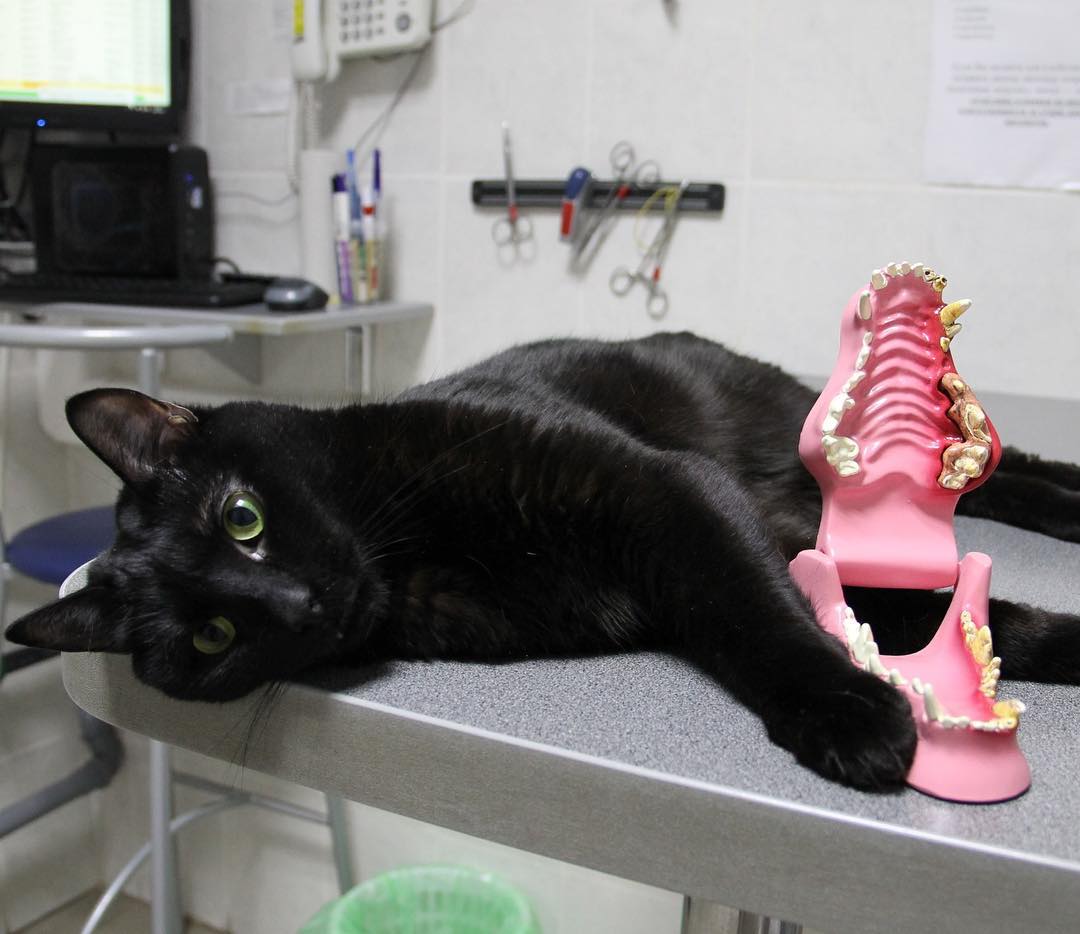 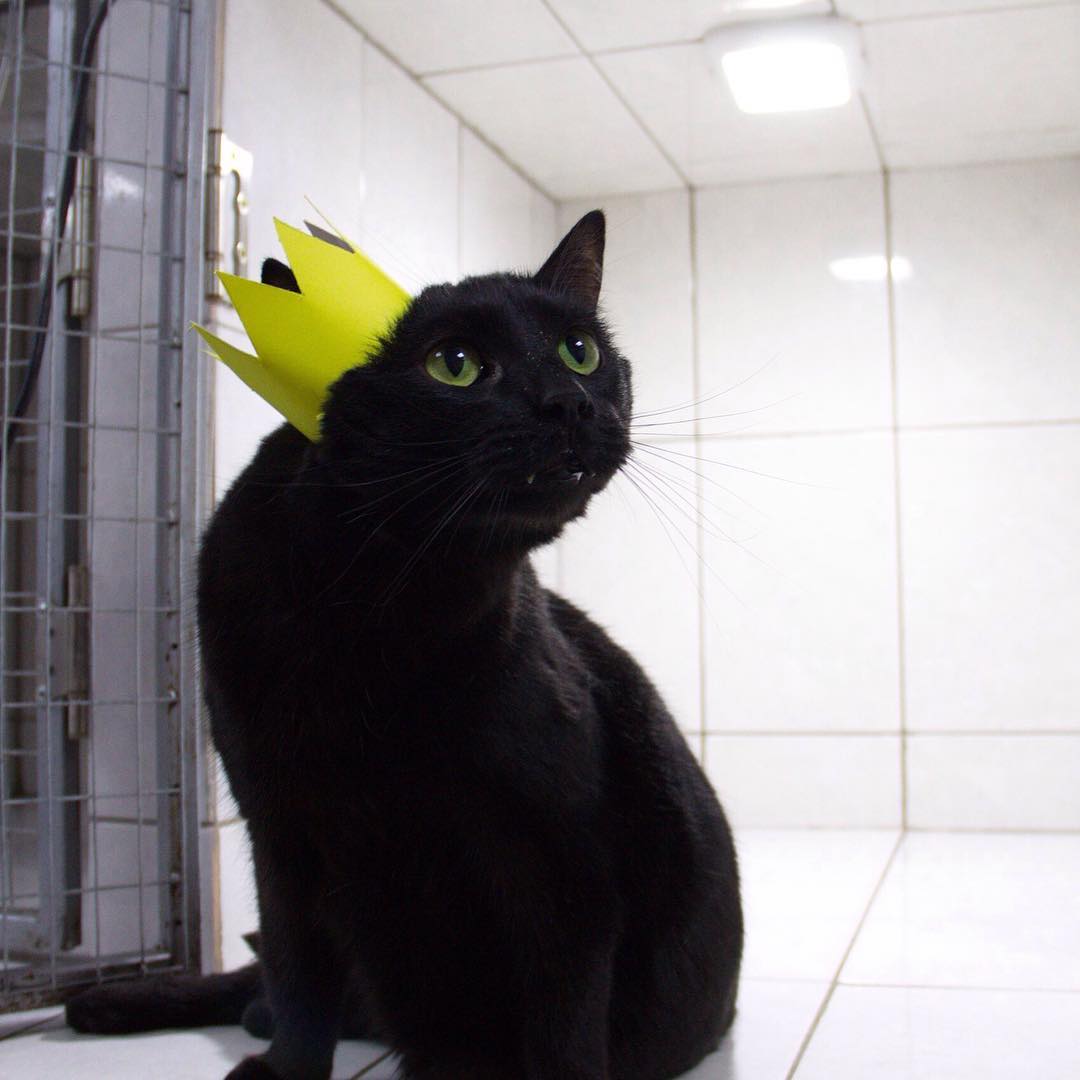 “No, I am not a star,” he has written. “I am a cat, but sometimes I feel like a human. I want to say a big thanks to my clinic for this chance to live and help animals in need. I am very proud of what I do, and I take my job seriously.” 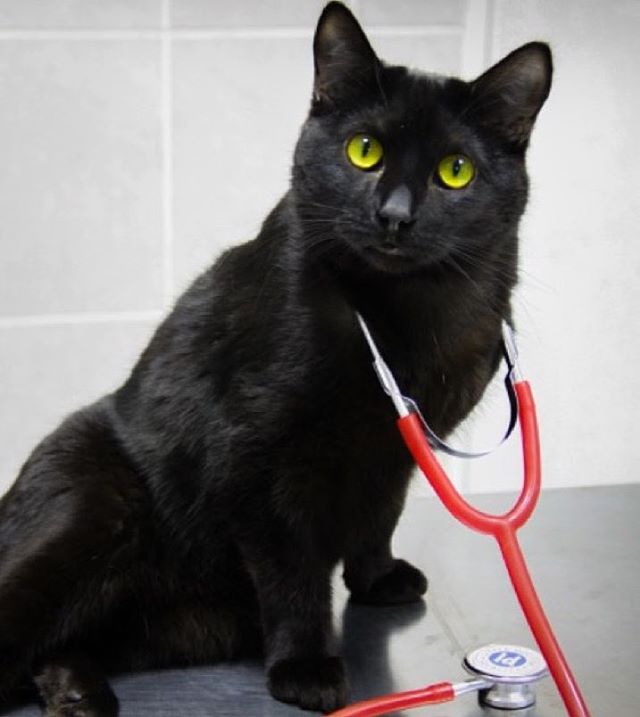 Luc hopes that people will be inspired by his work which was free of any differences. He wrote, “With my example I want to show that everybody can help animals and not only animals: also people who need our support! Together we can make this world more happy.” What a great job this adorable cat was doing! We really are inspired by his exceptional work.