Have you ever seen an animal posing perfectly for a photograph? Look at these two gorillas who knows well how to pose in front of camera. They have been photographed posing for a relaxed selfie with one of the rangers, Patrick Sadiki, who rescued them as babies. The beautiful image was taken at a gorilla orphanage in Virunga National Park, DR Congo, where the animals were raised after poachers killed their parents. These photos were shared by The Elite AntiPoaching Units and Combat Trackers on Facebook. The post has received over 15,000 likes as the time of the writing. The facebook user commented on how amazing their day-to-day work was, “Wow, that is an awesome office you’ve got there. Stay safe and thank you for the amazing work you do.”

Both gorillas are orphans and they grew up with the rangers since they were young. All the rangers have to go through intensive trainings and risk their lives on a daily basis as they fight against poachers who are willing to go to extra lengths to capture the endangered mountain gorillas.

The Facebook post which has a caption, “Another day at the office” quickly went viral on the internet thanks to the amazing poses by the primates. 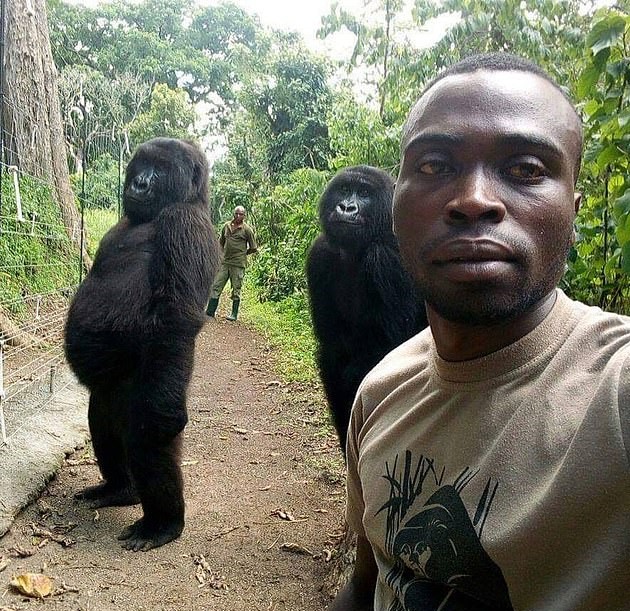 The two gorillas named Ndakasi and Matabishi surely know how to pose for the camera. 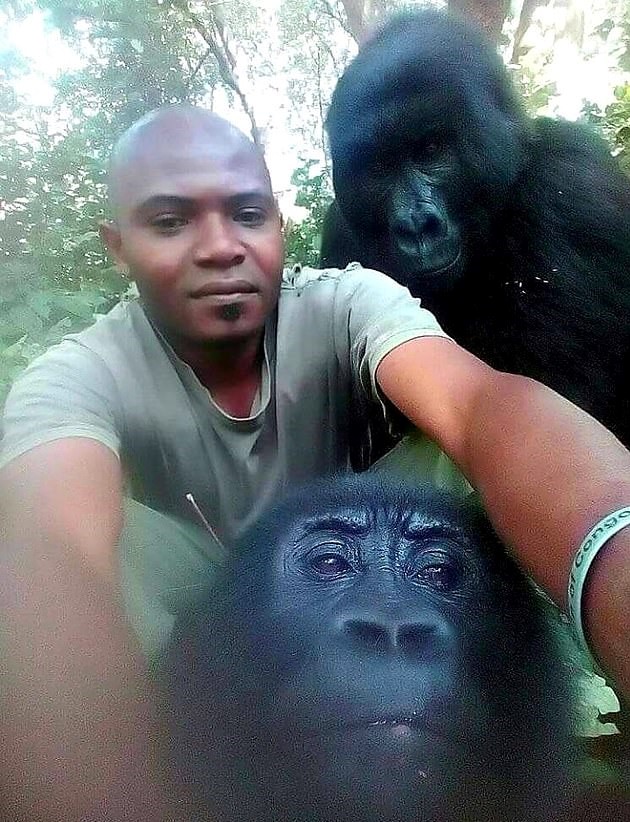 Thanks to their hard work, these gorillas now are well-protected from any harms and threats by the poachers. 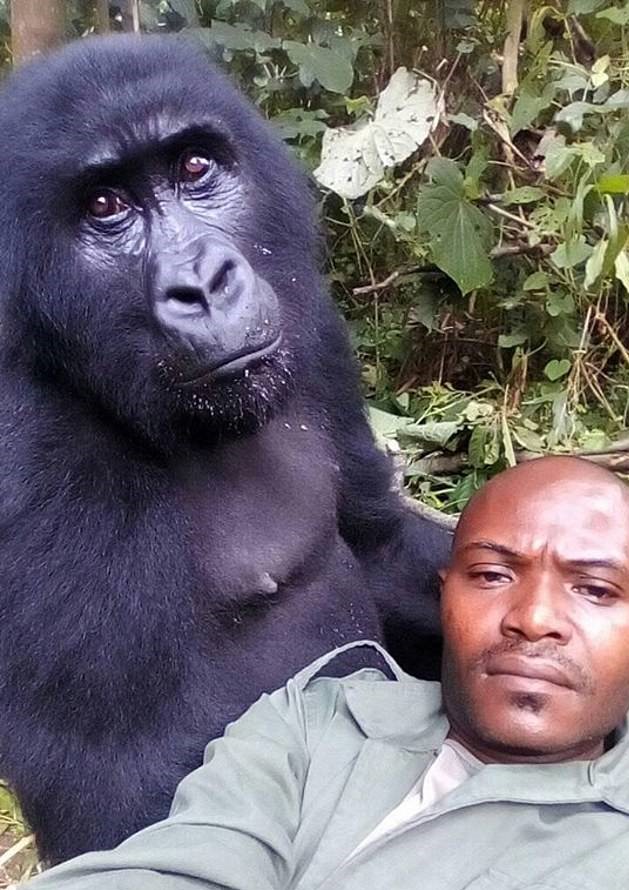 Hence, it was not a surprise to see how close the gorillas were with the rangers when they took several selfies together. 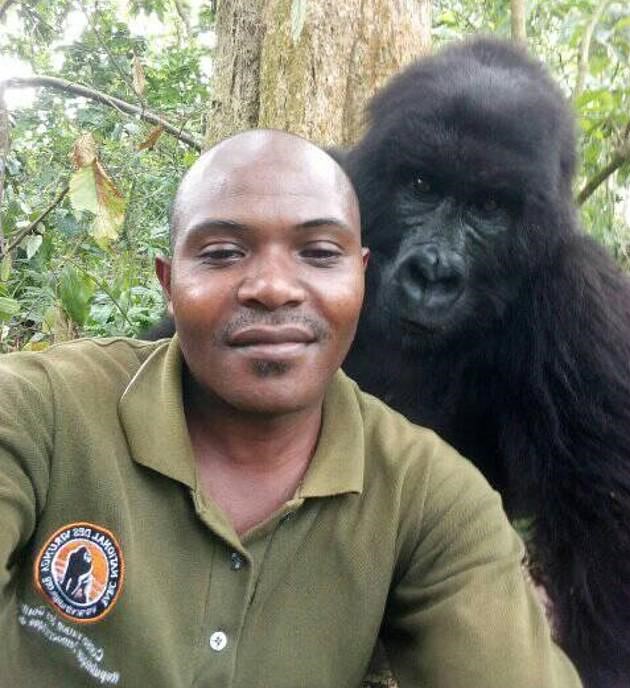 “What an amazing photo! It’s wonderful to see how comfortable gorillas are around you. They know that you protect them like you would your own family,” one Facebook user commented.