The Indian giant squirrel, or Malabar giant squirrel,  is a large tree squirrel species in India. It is a large-bodied and mainly herbivorous squirrel found in South Asia. Some subspecies are omnivorous too. The Giant Squirrel is mostly active in the early hours of the morning and in the evening, resting in the midday.

An Amateur wildlife photographer captures stunning images of 36-inch long squirrels in a forest in the Pathanamthitta District of India . He captured several beautiful images of the Malabar giant squirrel that have gone viral after being posted to social media. These amazing images has been earning thousands of likes and comments and inspiring him to take more pictures. The Malabar giant squirrel can grow up to 36 inches long head to tail, double the size of their grey species and they can leap 20ft between trees. John Koprowski is a professor and a squirrel expert who  visited India in 2006 and first saw this unique creatures, he thought they looked more like primates than squirrels.  “These are giants!” Koprowski told. 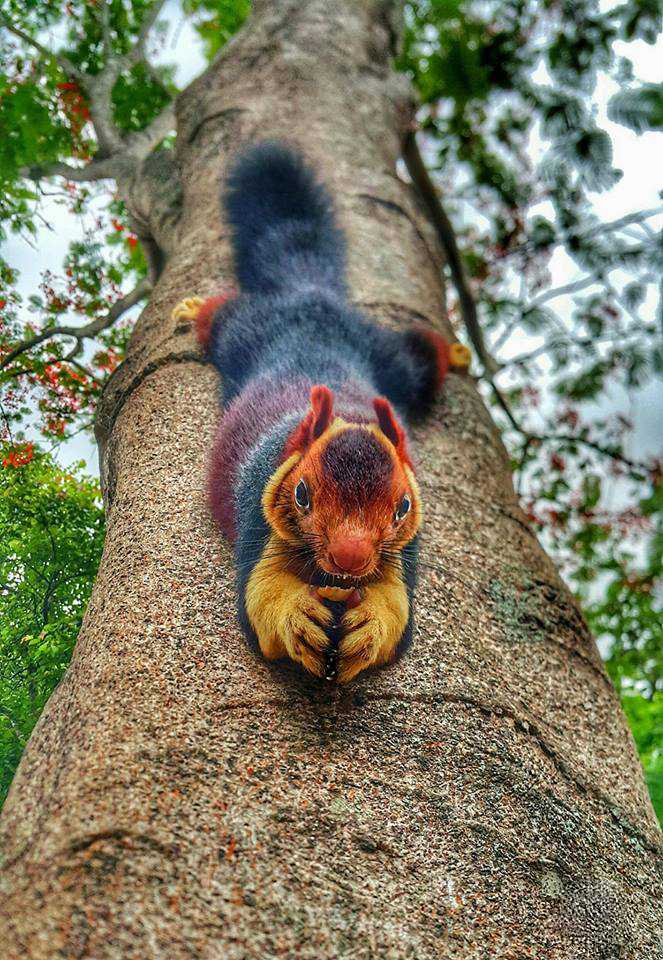 The Malabar giant squirrel with its multicolored fur and its large size, makes it more attractive. These technicolor squirrels have dream coats with a medley of blacks, oranges, and browns, or even have splashes of vibrant purple and maroon. Their stunning coats are alluring as well as offer protection.

“In the shaded understory of a dense forest, the patchy colors and dark hues are a great adaptation to avoiding detection,” Koprowski said. “But when you see these in the sunlight, they show their ‘true colors’ and beautiful pelage [fur].” 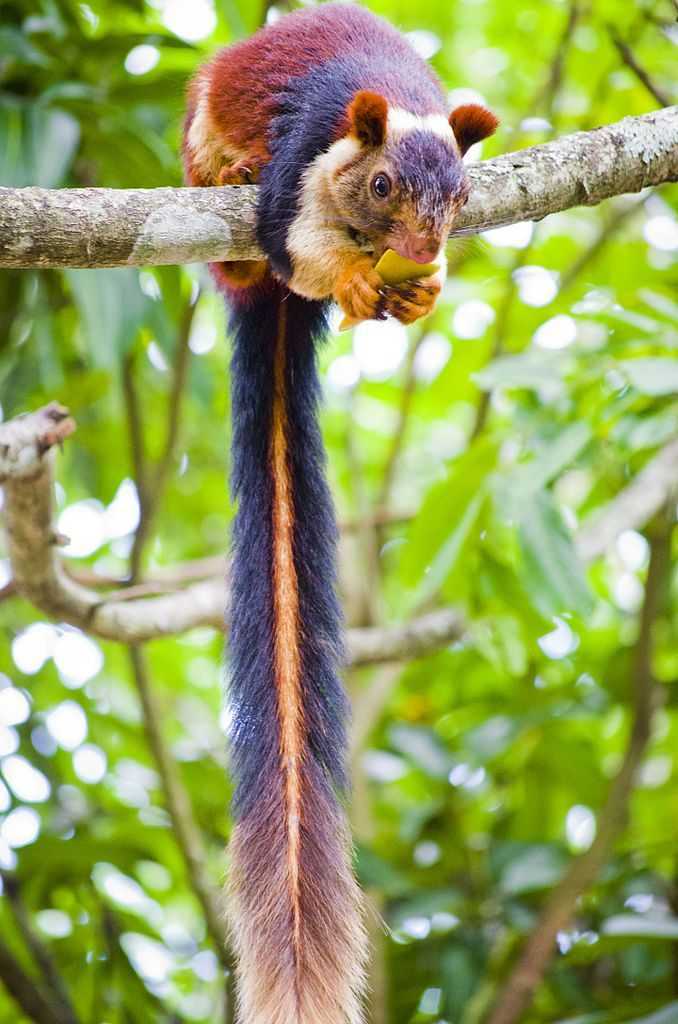 Giant squirrels spend most of their time in trees, in eastern and southern India where they gather their food. Giant squirrels are omnivorous, feeding on fruits, flowers, nuts, bark, bird eggs, and insects. They feed by standing on the hind legs and using their hands to handle food.

Pizza Ka Yee Chow is a squirrel expert and research fellow at Hokkaido University. “They are pretty shy,” he told. “One of my friends who lives in India shared with me that the best way to see these giant squirrels is to climb up on a tree, stay very quiet and wait for them to emerge from their [nest].” 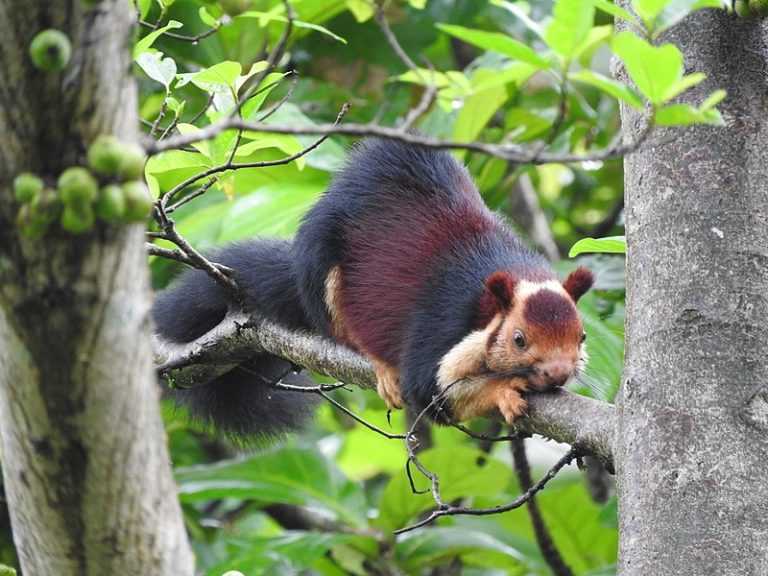 The unique squirrels have no danger of extinction, but they are just difficult to find. The International Union for Conservation of Nature lists the Malabar giant squirrel under least concern. But they are needed to provide protection.

“The real threat is the slow loss and degradation of forested habitats as humans move in and as climate change impacts higher elevation areas,” Koprowski said. “The good news is that they have a wide distribution and seem to tolerate human presence and even some modest level of low-density housing.” 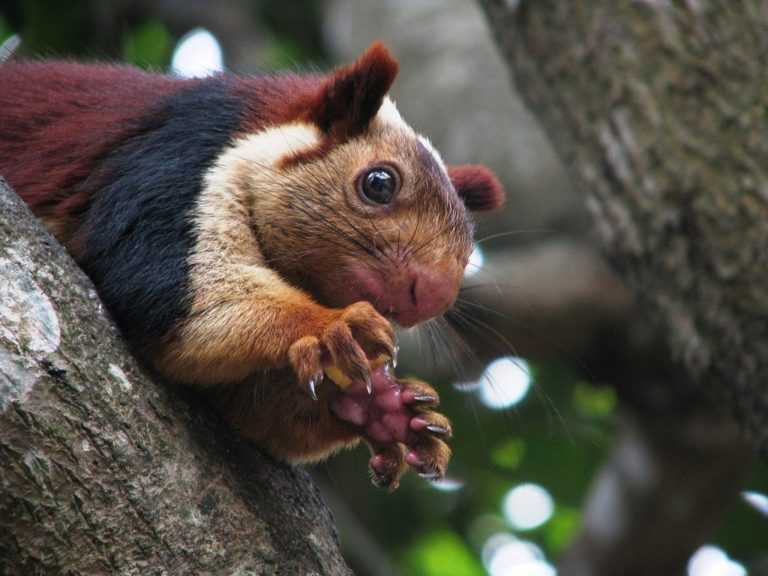 “They’re part of a group of squirrels that is pretty ancient,” Koprowski added. “They’re a unique evolutionary group that’s been here a long time, which is a good thing.”