We are sharing a strange but amazing story of a feline-loving husband who loves to throw parties with his cats in his wife’s absence. This man known as ‘greatcanine’ on imgur has thrown some fancy dinner parties when his wife is away.  He’s been married for 32 years, but keeps this secret to himself. It is justified as long-term married couples need their own secrets and space. Whenever she goes out of town on vacations, and he’s alone at home, he wants to spend quality time with his cats. For this hubby the secret includes elegant dinner parties with the couple’s cats. The matching is just perfect, his sauve black and white felines, he matches his best black and white tuxedo suit. The cutlery and plates are set up on the dining table in a fine manner that also gives a theme of party. About 6 days of her vacation he became bored and lonely enough to throw a fancy dinner for himself and his cute look-alike trio of cats.

He posted a picture, recently, of his three cats and himself, sitting in the dining room having their fancy dinner with this caption: “It’s girls week at the beach with her old high school friends. No way I want to be part of that… Six days into her vacation I joked ‘I’m going to have a formal dinner with the cats.’ Then I thought about it for a while…”

The first picture was taken in 2012, he threw his first grandeur party and he posted it again because his wife was away, along with a new photo in 2015 on Reddit. We also love to throw such parties with our furry friends. 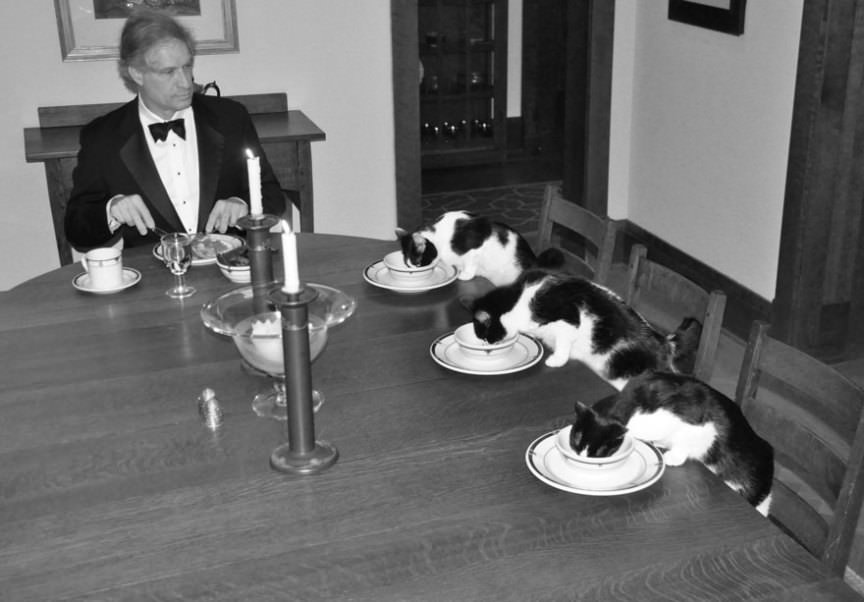 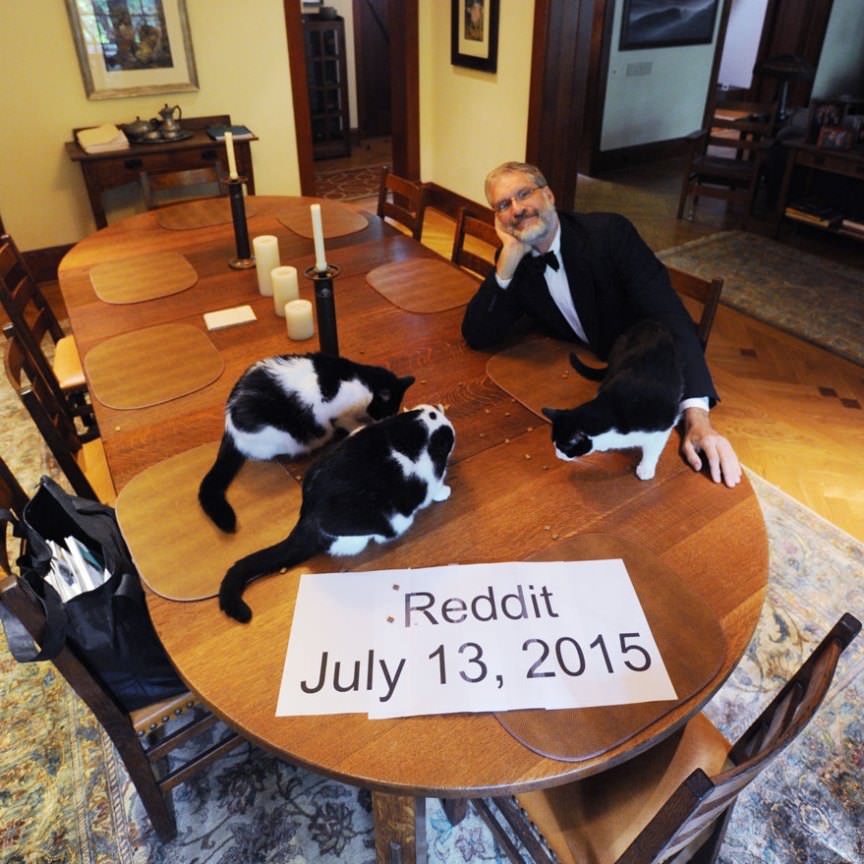