Watching cats do even the simplest trick is a treat because, while dogs do tricks to please their people, cats perform only if they really feel like it. the popular belief that cats cannot be trained is wrong. Cats can learn to do some amazing stunts, with the right guidance. The Moscow Cat Theater, a traveling feline circus, has cats navigating tightropes and balance beams or rolling across the stage atop giant balls. Some cats are vertically oriented, opting for leaps and climbs, while others like to stay closer to the ground.  Cats learn differently from dogs.  Dogs are more motivated by food, while cats are more motivated by play. They also require more repetition of each trick, so you’ll need extra patience. However, if your cat cooperates, the results are highly satisfying.

Meet this cheeky owner who made his cat play part in a very different trick. This trick involves an invisible adhesive tape! The video captures a hilarious moment a cat being absolutely confused when he sees his owner jumps at the door over an invisible barrier. The video starts with a shot of a door with two lines of invisible adhesive tape between its frame. It would be hard to detect that there are, indeed, tapes lines across the door frame at first sight. Nevertheless, the smart kitty as if knows that the best way to pass through the door is to follow his owner’s action. Hence, the cat does not waste much time and jumps over the tapes! And he passed the trick! What a clever animal!

Then, it continues with the cat owner proceeds to pulling the door open and jumps over the tapes 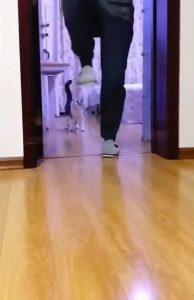 The cat follows the owner’s action but the tapes block him from passing through the door! His cute reaction is definitely hard to ignore 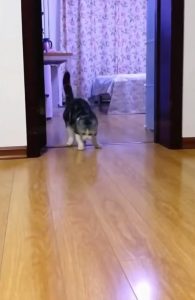 Only the video actually points out that there are tapes on the door so that viewers can clearly see them. This is very tricky! 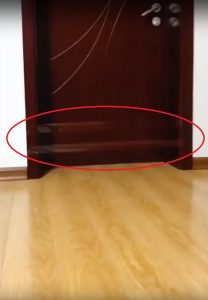 Watch the hilarious moment an owner tricks his cat with an invisible adhesive tape here: