If you find a young bird alone on the ground or otherwise away from its nest, you must first determine if it is, in fact, a baby in need of assistance. Many songbird fledglings leave the nest 2-5 days before they can fly, and the parent birds are still caring for them and watching for their safety.  But sometimes, these tiny creatures need our help.  Baby birds are unable to survive outside the nest, even if their parents are still feeding them.

Dina Theissen rescued a baby bird. Little did she know that the bird would save her life three years later. It happened in early spring in 2015 when Dina stepped outside her home when she suddenly noticed a tiny baby bird lying at the bottom of an oak tree near her door.  When she called a rescue agency later and told them about the bird, they advised her to leave it in case the mother was looking for the baby bird. When Dina first brought Gracie into her house, she was not the only excited at taking care of the bird. It seemed that her daughter, Alyssa, 6 and her husband, Ken, were happy to look after the bird together. To feed Gracie, they soaked dry cat food in water and fed the baby bird every 30 minutes. They later realized that Gracie was actually a male bird but they remained with the name.

“I was very weak and tired, and he would be chirping away, acting like he was having a conversation with me. It’s like he knew that something was wrong—he was showing empathy,” Dina said.

“I truly believe that Gracie knows we saved him and that we’re his human family,” she said.

“During his visits, we didn’t have anger, uncertainty or fear, and Dina was comforted. It was incredible to witness the difference he made to Dina when she was recovering from surgery and going through chemotherapy.” “Whenever Gracie’s here, the calls echo through the entire house,” Dina said. Now, Gracie still visits them regularly to bring a smile to their face. “Every single day, Gracie brings us smiles,” Ken said.

Dina knew that she needed to rescue the baby bird so she brought it home. 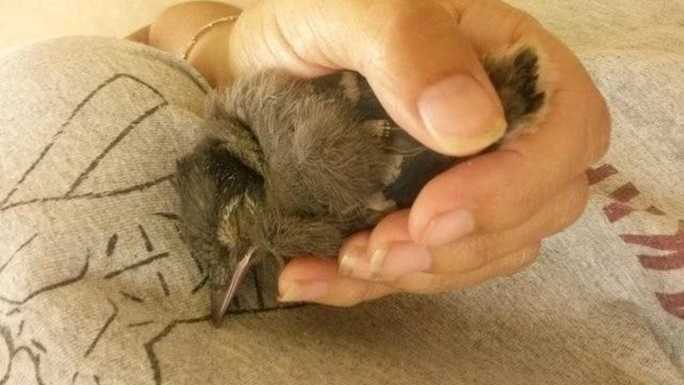 Sadly, the mother bird never returned and Dina decided to take care of the baby bird until it recovered its health. 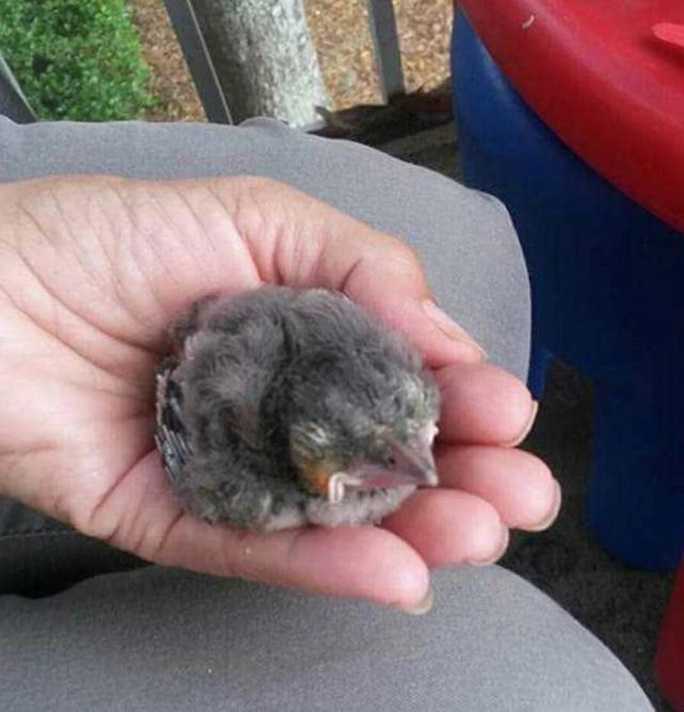 Dina gave a sweet name to the baby bird ”Gracie” and built her a nest inside her home. 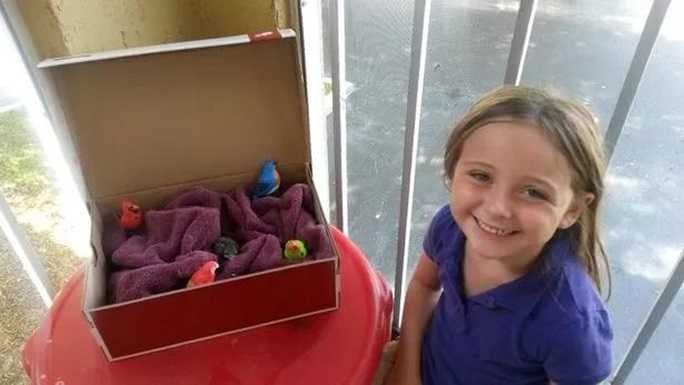 Dinaco consulted a bird expert to take better care of Gracie. Under the good care, Gracie later not only recovered soon but also grew into a beautiful bluejay. 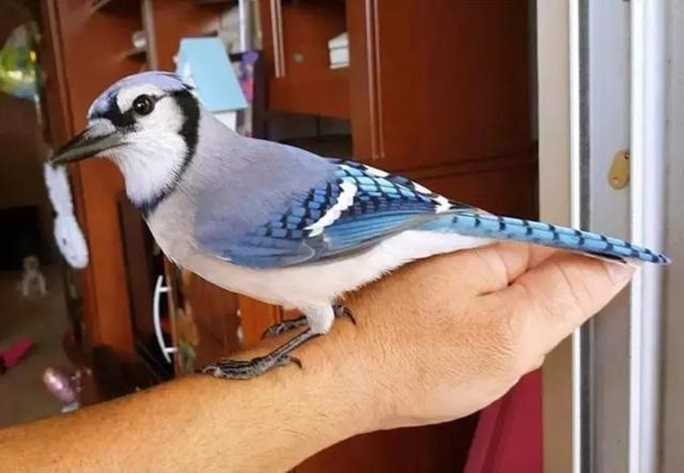 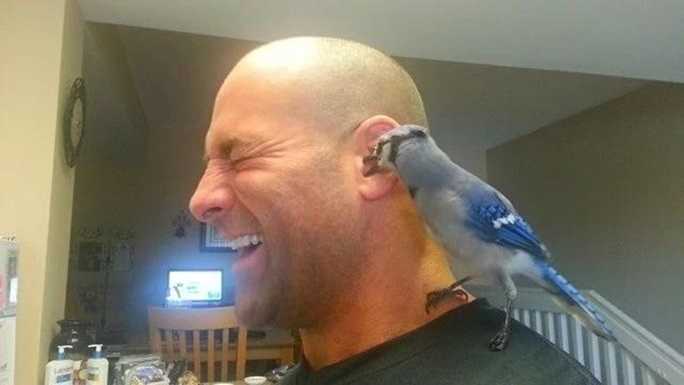 He also loved singing a lullaby to Alyssa. 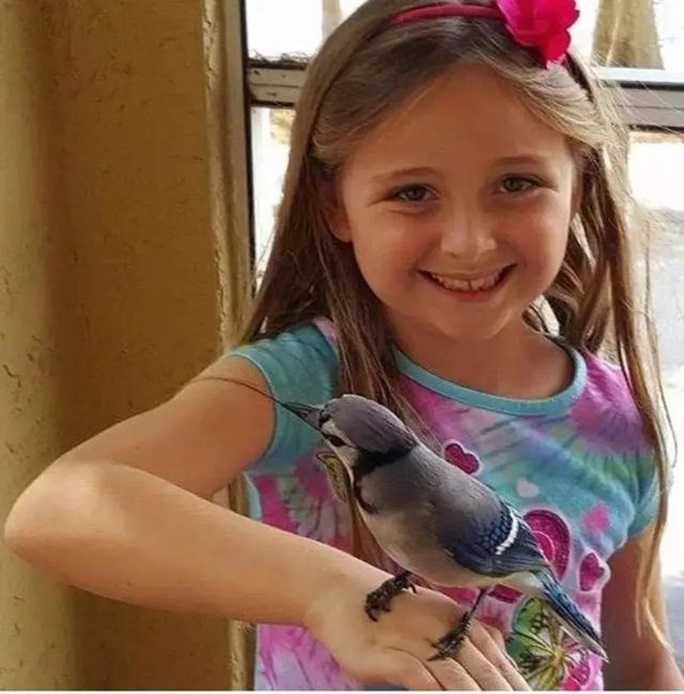 The family wants to keep the bluejay with them as long as they can, but they also know that Gracie will one day return to the wild. So, Dina often lets him outside and teaches how to build nests. Gracie is very smart and a fast learner. 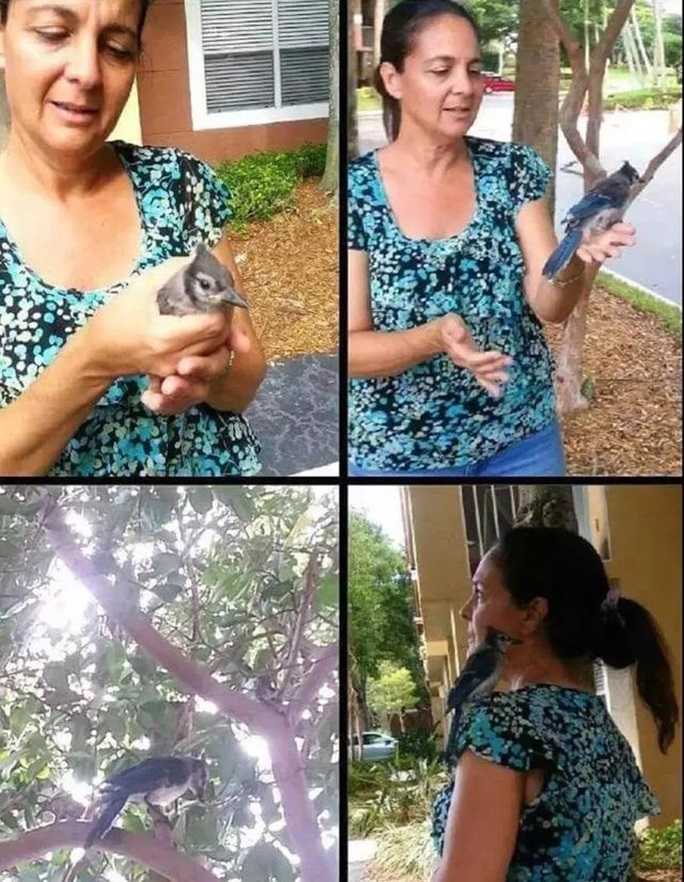 Now it was time to release Gracie into the wild, however, he was unwilling to leave. Two weeks later he finally flew off. 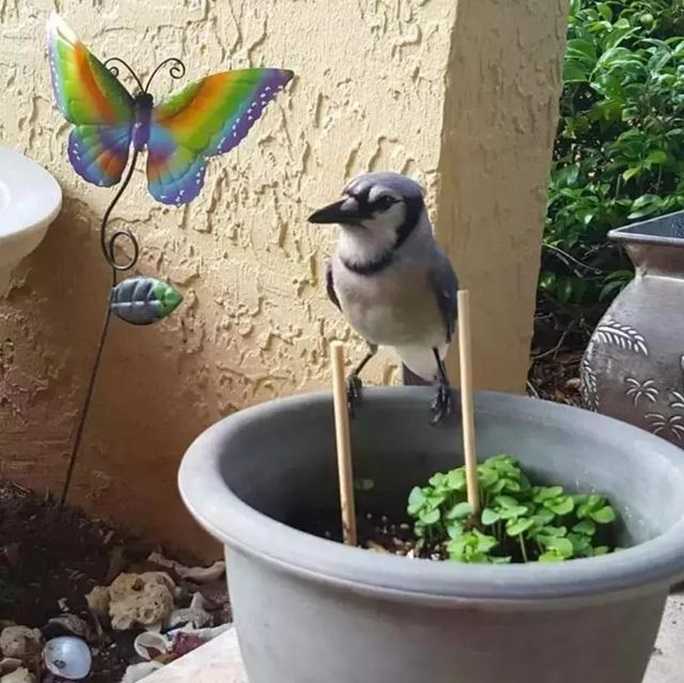 The lovely bluejay never forgot to visit Dina and her family from time to time. 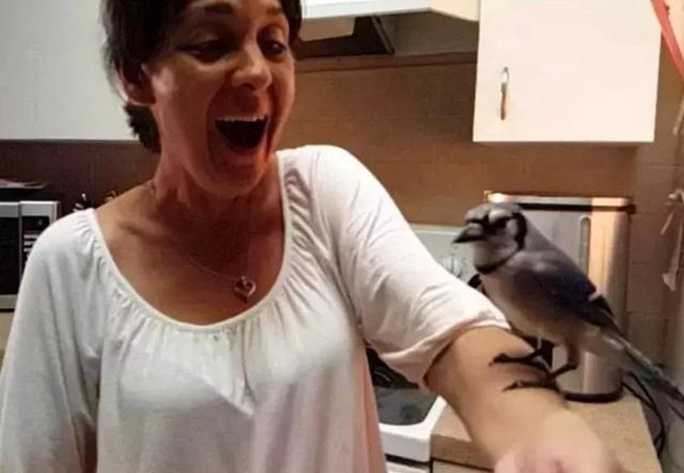 Sometimes, Gracie brought small gifts for Dina and her family. 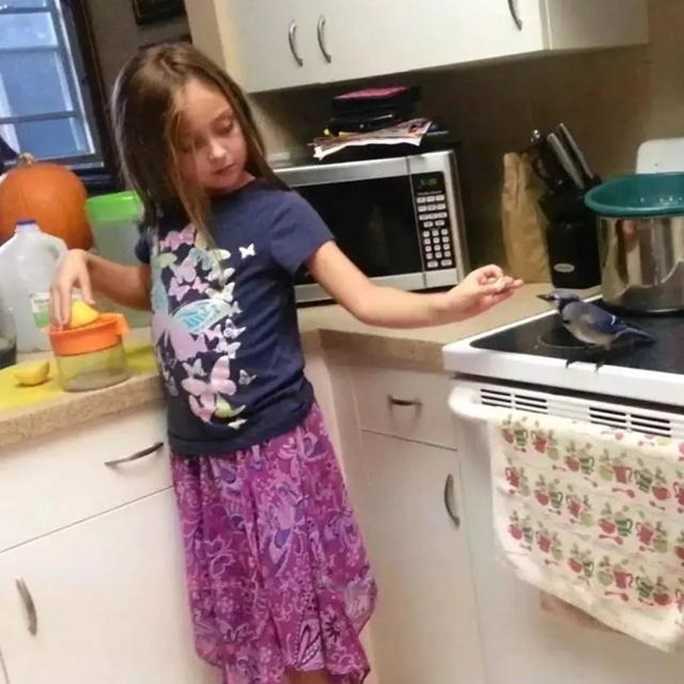 In 2016, Dina was diagnosed with ovarian cancer and Gracie knew that Dina needed him at that moment more than ever. 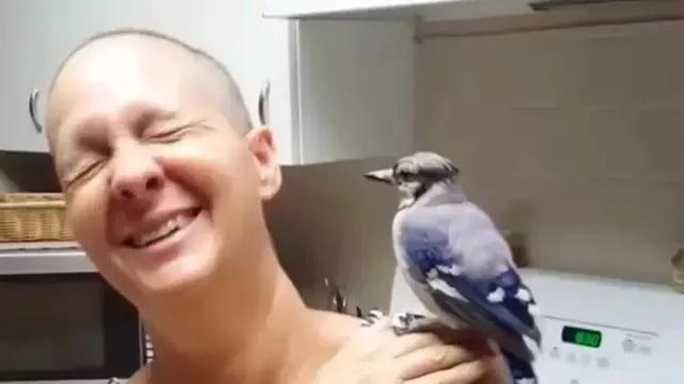 Thanks to Gracie, the family gained strength and hope to go through a difficult time. 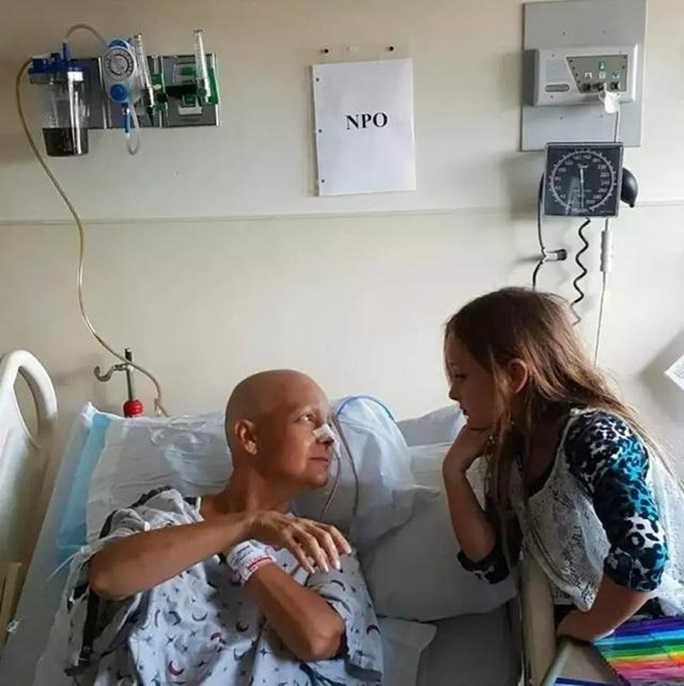 “During that difficult time, Gracie gave us hope and helped us to focus on the positive,” Ken said. 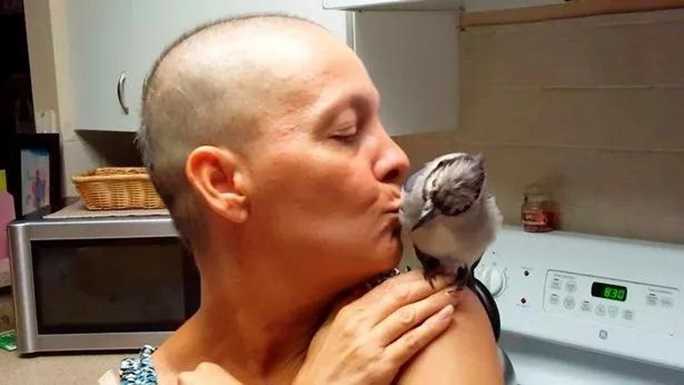 After two years of fighting cancer, doctors announced a miracle discovery: Dina was free from cancer.

The family knew that they did not fight the battle alone. It was all thanks to Gracie who was always there to brighten up their days. 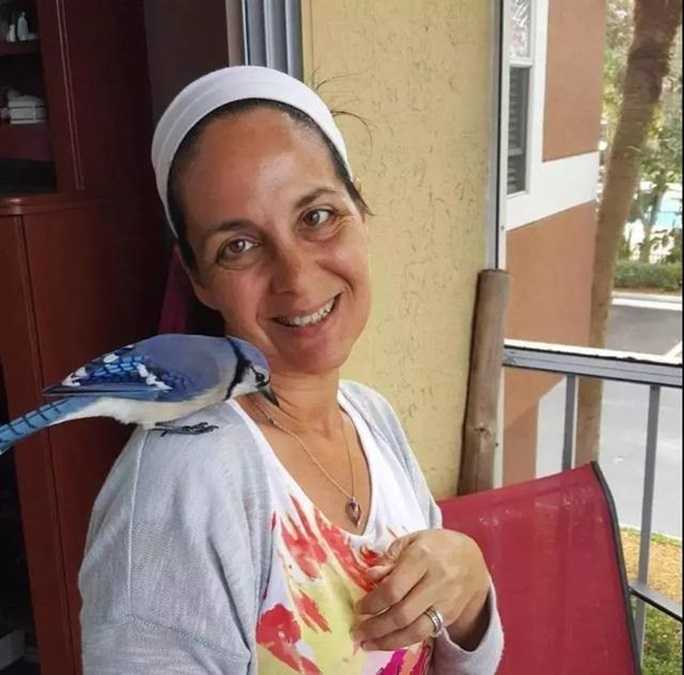 “He shows up and my day is instantly brighter. He’s not just a bird — he’s my guardian angel.” 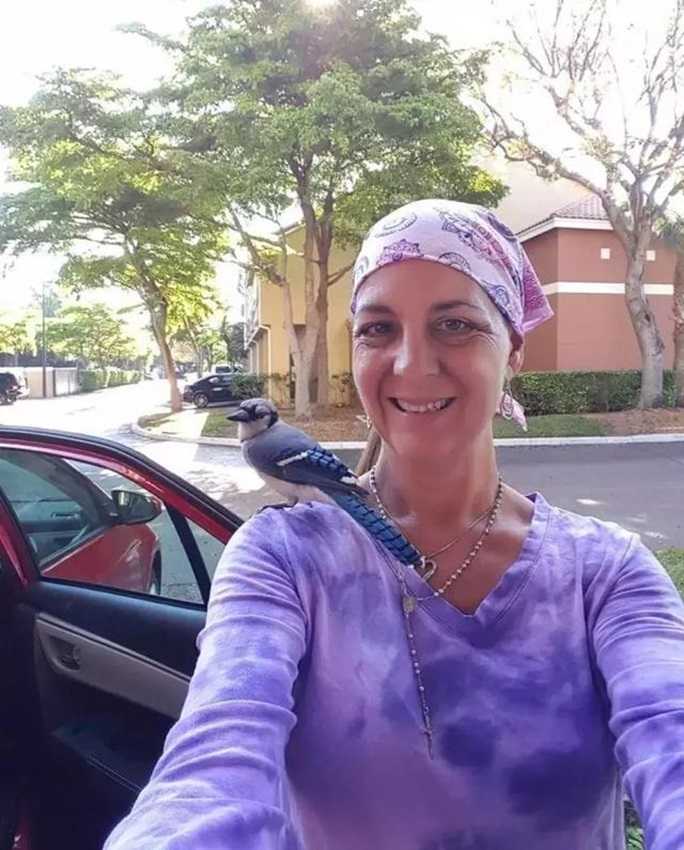