Only 1 out of every 10 dogs and cats born will find a permanent home. The main reasons animals are in shelters: owners give them up, or animal control finds them on the street.  Each year, approximately 2.7 million dogs and cats are killed every year because shelters are too full and there aren’t enough adoptive homes.  Approximately 7.6 million companion animals enter animal shelters nationwide every year. It’s impossible to determine how many stray dogs and cats live in the United States. Estimates for cats alone range up to 70 million. Many strays are lost pets that were not kept properly indoors or provided with identification.

Sometimes, they get injured in one way or another but without a guardian to bring them to the vet, they are often left to suffer.  We are sharing a tragic story of a cat who was found by a woman, Melissa. She struggled to save his life.

Melissa found this cat lying on the side of the road, with an injured jaw. She rushed to help him. 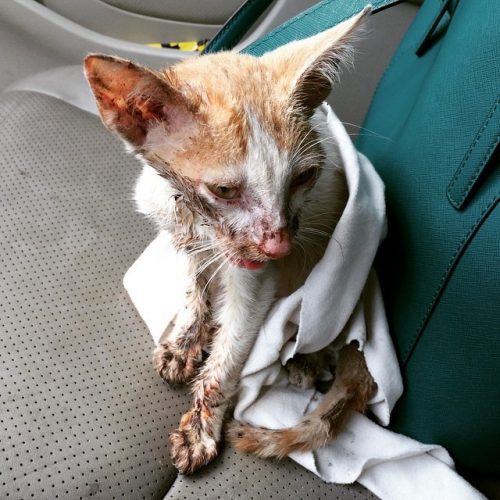 She was told that there was little hope that he would survive. But she never gave up on him. Melissa brought him home and gave him a name: Sméagol. He’s actually pretty cute. 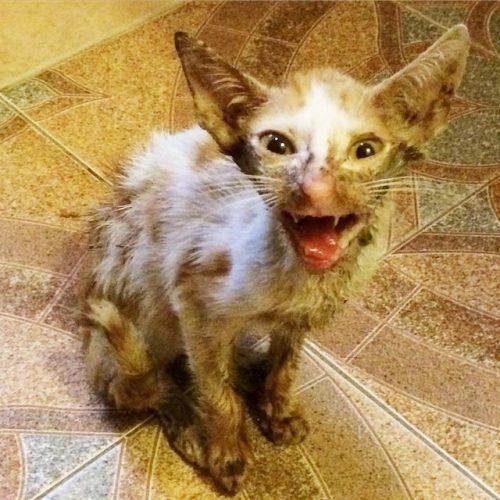 As months went by, Melissa continued to care for Sméagol. This kitty healed up fine. His face has character and unparalleled charm. 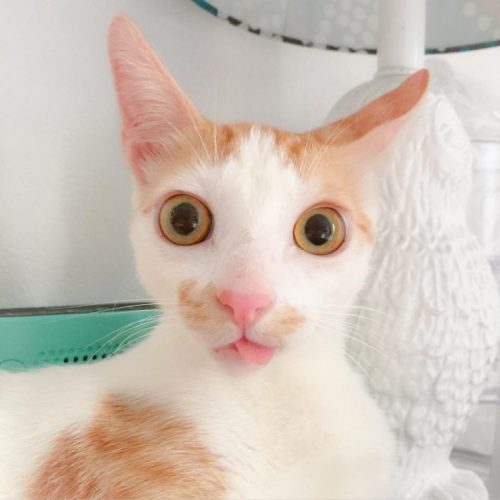 As Sméagol’s coat grew back thick and healthy, his unique personality began to enhance. 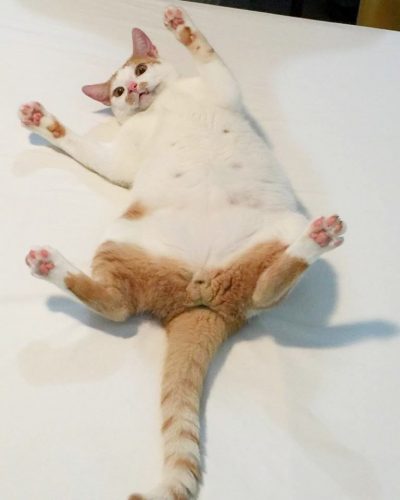 From injured stray to loved and adopted, Sméagol is practically unrecognizable from the cat he once was. 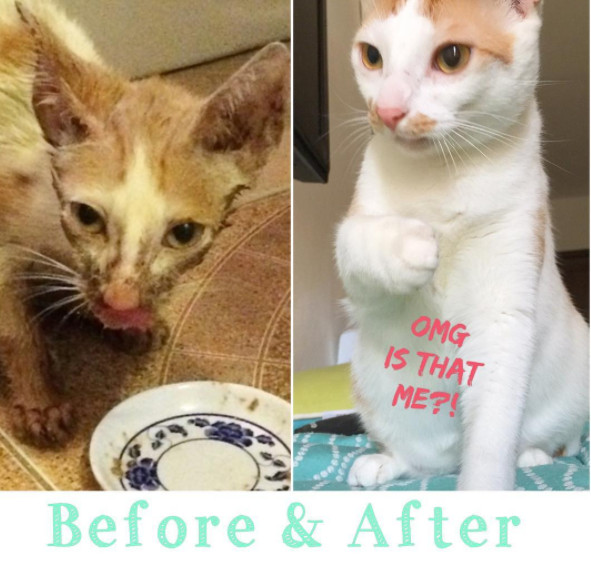 Sméagol’s life has changed now.  He has a forever home with a mom who is always careful and loving towards him. See his photos of his unique mug and his adventures with his fur siblings on Instagram. You should vow to always adopt and never shop. Remember, by adopting, not only do you save a life , you also open up room in the shelter for new pets. Sméagol is the best example of this.