Meet this beautiful cat Lynette Baguette who has not spent the easiest life. She was initially found wandering the streets two summers ago. The Monmouth County SPCA rescued her and was willing to help, despite her many maladies. The poor old girl was missing teeth. She was also suffering from arthritis. Felines suffering from arthritis may show overall stiffness, swelling of the joints, lethargy, lameness, decreased flexibility and discomfort when you pet or handle them in certain positions. 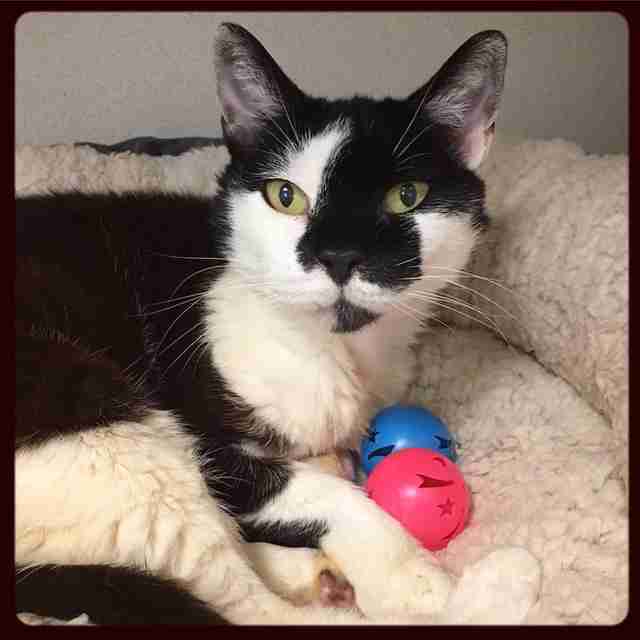 Lynette was a good add at the shelter, everyone wanted to be her friend. She works with the Monmouth County SPCA as an adoption manager. Nina has seen a lot of animals come and go during her time. While she was kind lady, Nina says that Lynette is the sort of cat who does not like affection unless she is receiving it on her own terms. She’d even give out nibbles with her final tooth. She is in pain that makes her lazy and fragile. 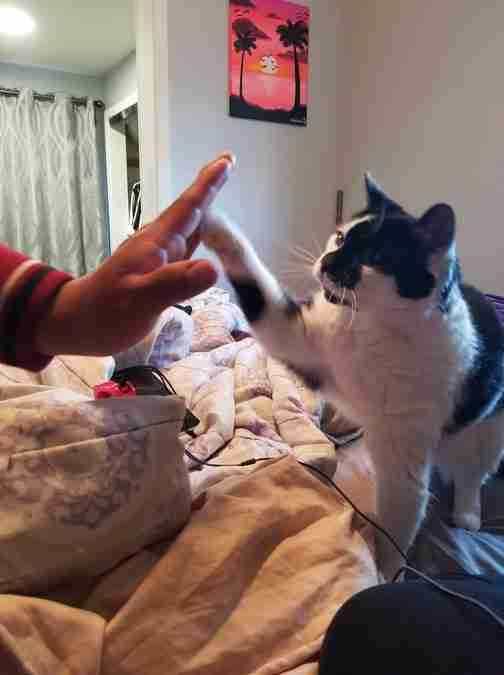 She would be grumpy sometimes when she was in constant pain because of her ailments. The shelter staff spent most of the time working with her so they were able to get her pain under control. Unfortunately, their efforts did’t improve her a lot. The cat started to spend most of her days sleeping and this was problem in her adoption process. 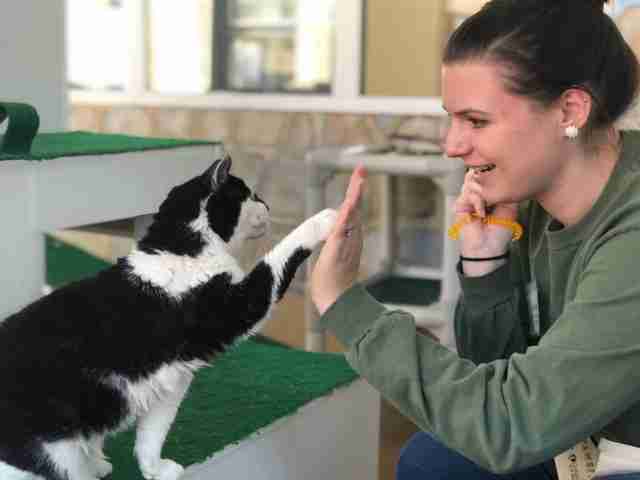 A sleeping cat is less attractive for the adopters, they don’t notice them when they stop by. Lynette is not the sort of cat that is going to approach people. She remains calm and quiet. 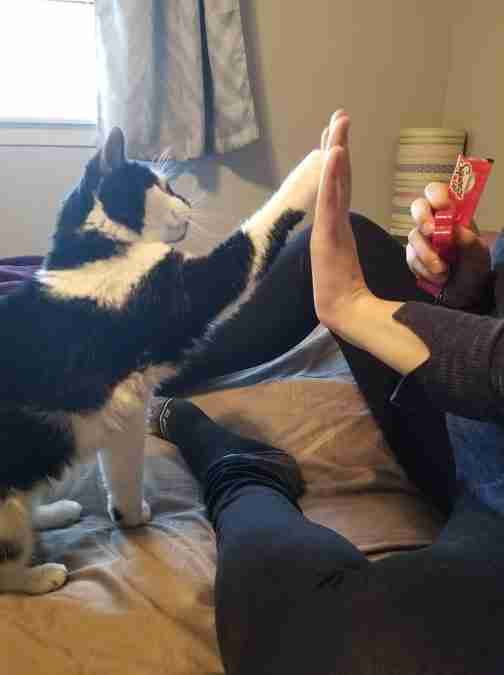 The adopters are usually looking for a pet that displays some level of cuteness and looks very adorable. The Jackson Galaxy Project’s Cat Pawsitive decided to step in and help out this cat to make her socialized. 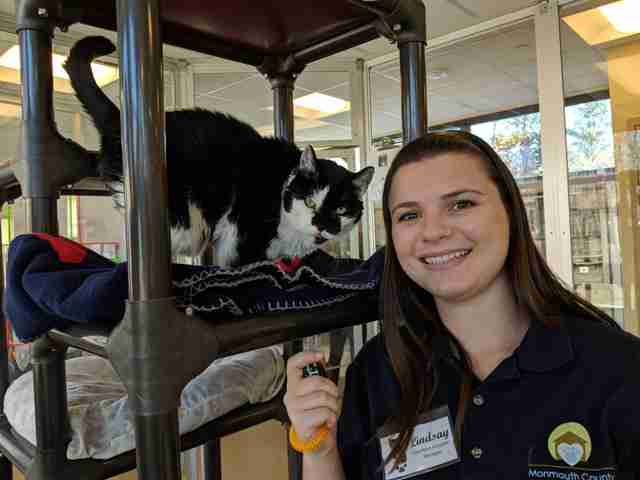 The Jackson Galaxy Project’s Cat Pawsitive program is designed to keep adoptable cats mentally and physically active in a shelter or rescue environment. The focus is on fun, positive reinforcement-based training sessions that go beyond playtime-as-usual to help cats maintain their mojo and connect more quickly with potential adopters. Due to their efforts, Lynette picked up a very important five basic skill. 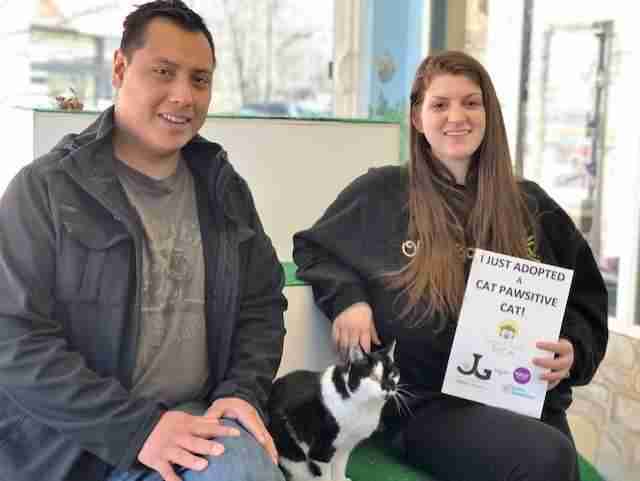 She is now ready for adoption. A video was posted on the Facebook page of the Monmouth County SPCA. The adopters in the area got to see her amazing high five skills, they received many calls. Lynette is now adopted by a loving couple who love her very much. We are so glad to see that she has found a forever home where she could spend the remaining life with all comforts of life. 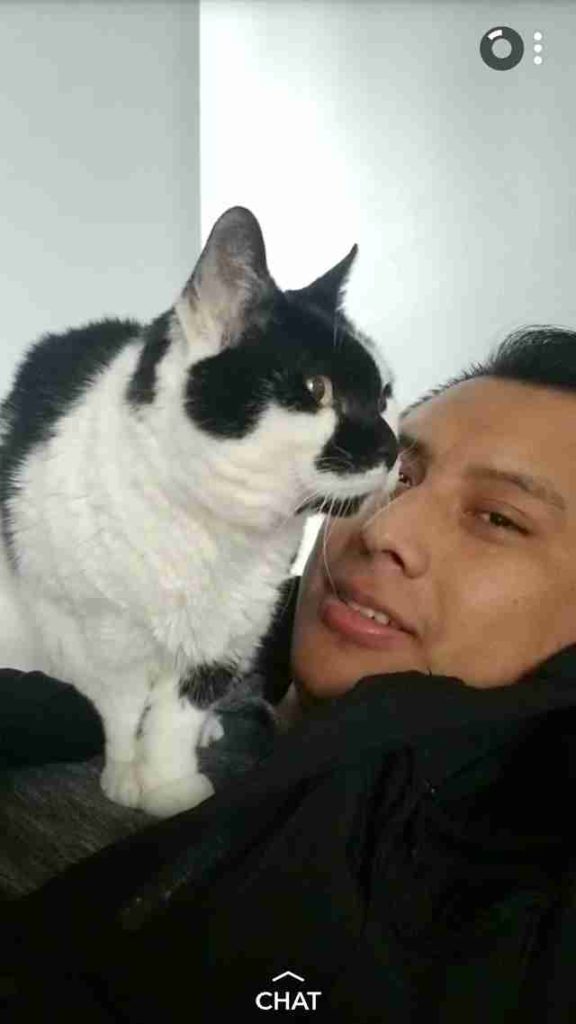