Meet this Scottish man who loves to explore the world and sets an aim to see the world on the bicycle. In September 2018, Dean Nicholson said good bye to his day job and set out to ride his bike around the world. His set his goal to see the world riding on a bicycle. The trip went great as he traveled south, passing through eight different countries and sharing his wild adventures online. 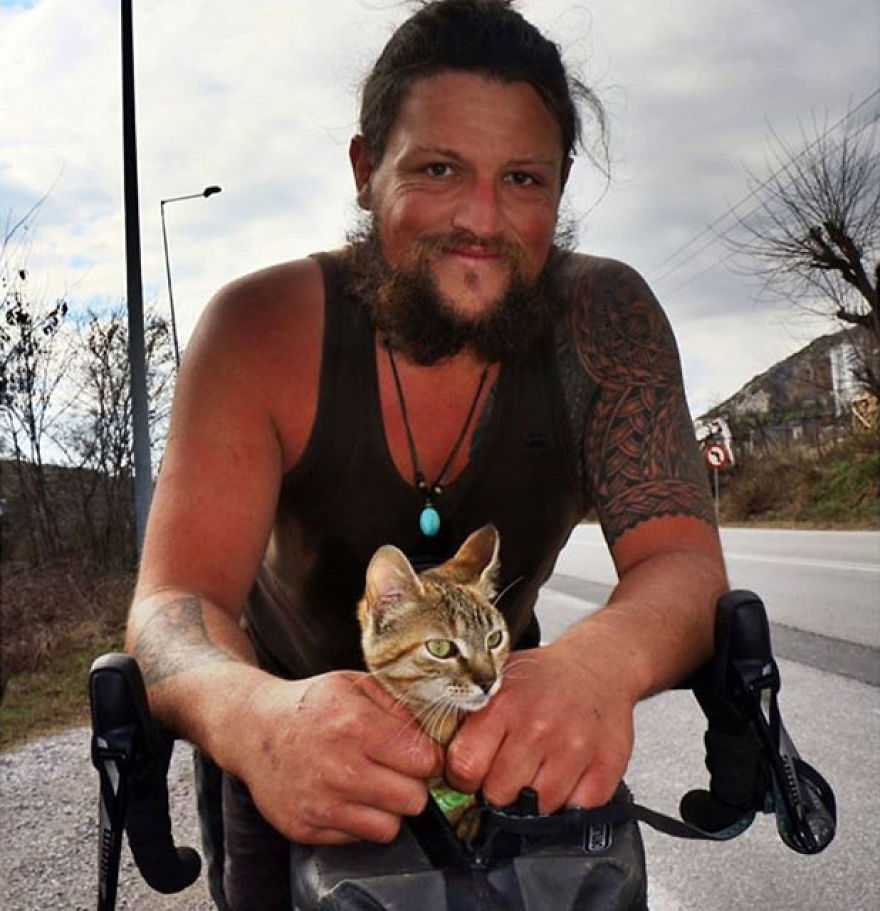 Three months into his journey, the man, who hails from Dunbar, Scotland, picked up an unlikely travel companion. He was going up a steep hill when suddenly he heard a desperate meow behind him. He saw a tiny kitten, he stopped to stroke her and the kitty too showed her affection. Nicholson brought the cat to a vet, where he found that 7-week-old animal didn’t have a microchip. Then, he decided to take her with him. 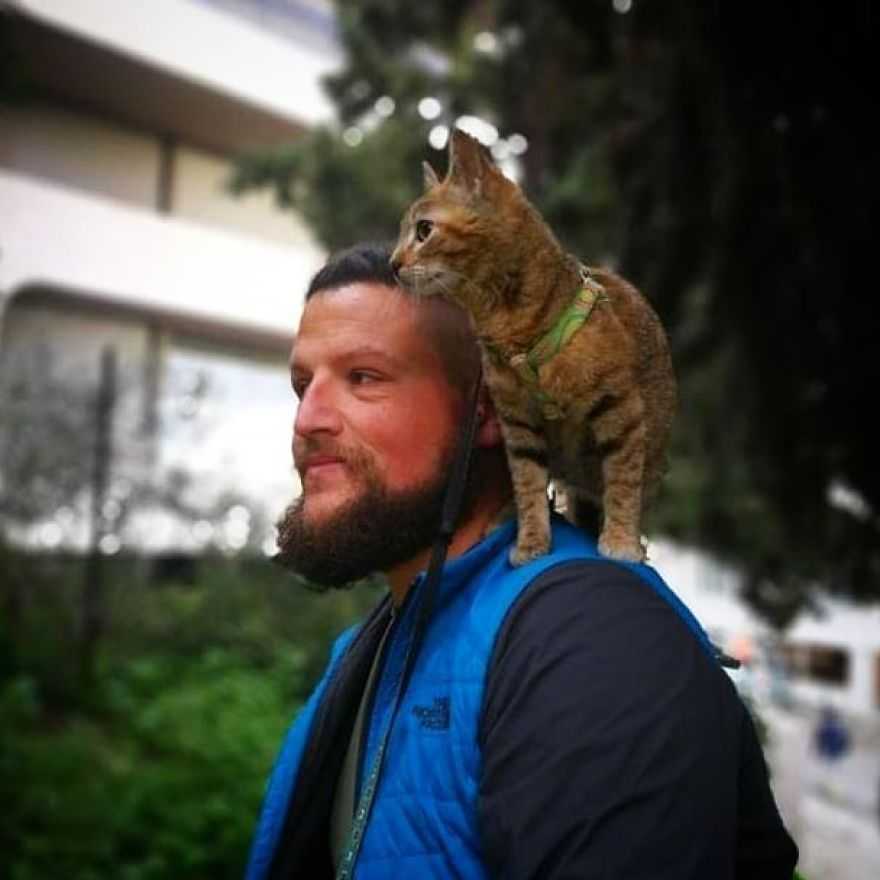 He got the little kitty the proper vaccinations and immunizations to cross country lines. The kitty was desperately hungry. Nicholson named her Nala, inspired by ‘The Lion King’ and took her on his journey. 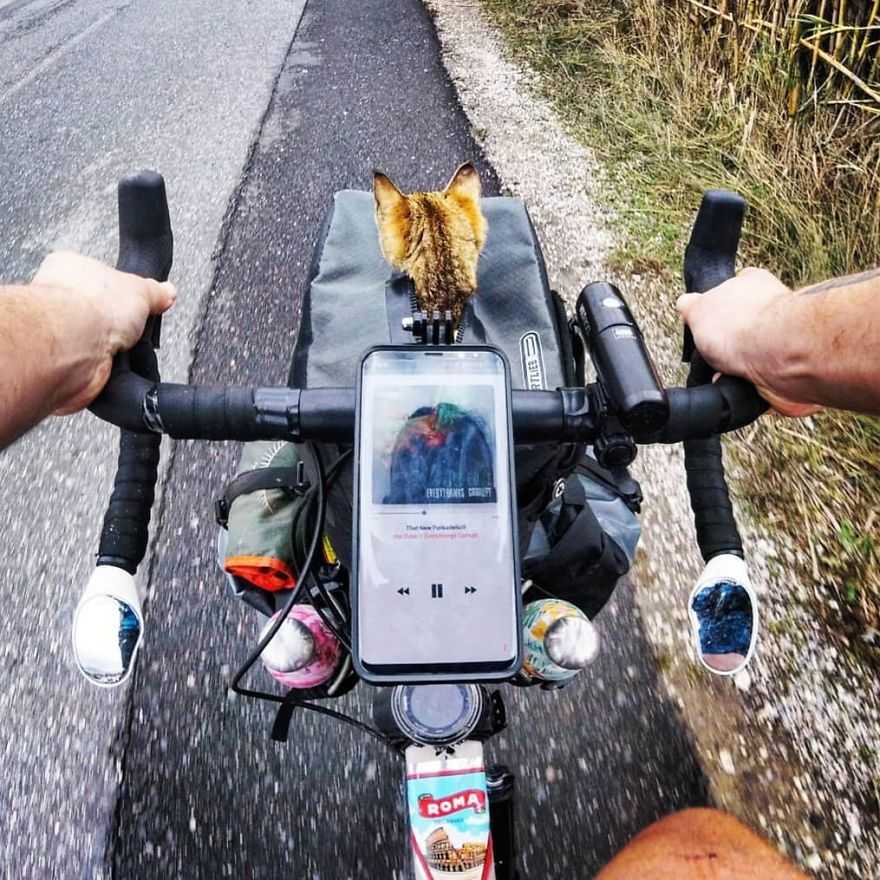 Nicholson didn’t know where to keep the for kitty, so he had to be creative. He made some space in his front basket. In that way, his new companion was granted the honor to lead the way. From there, he had to get the proper gear to bring the cat riding and camping with him across the globe. 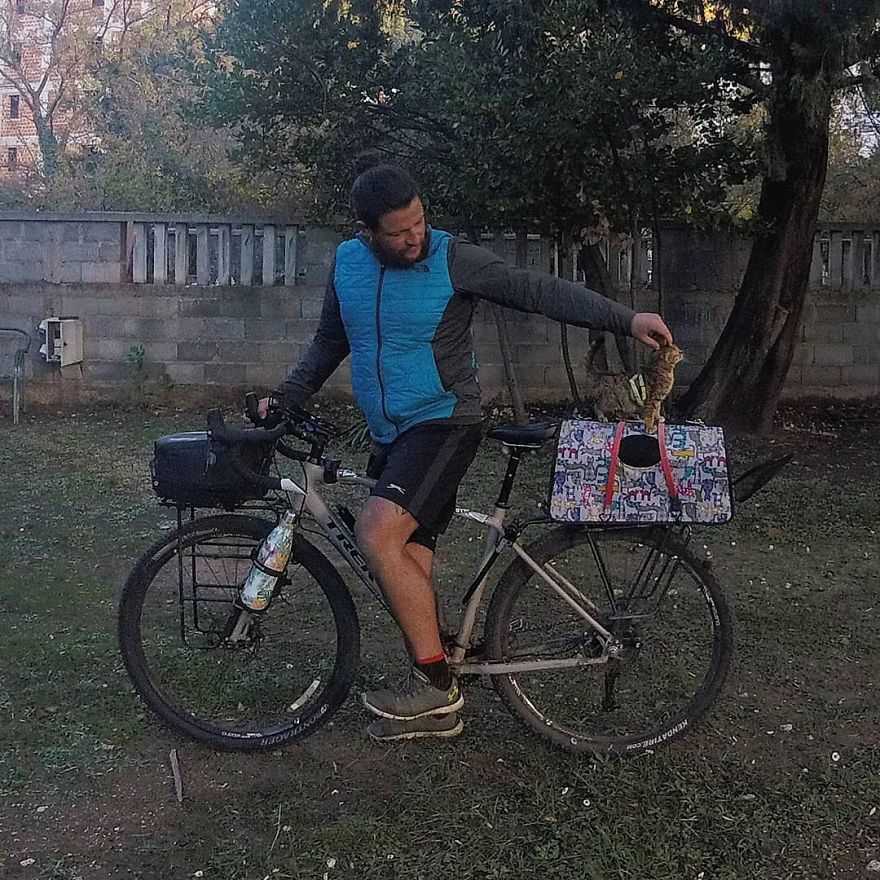 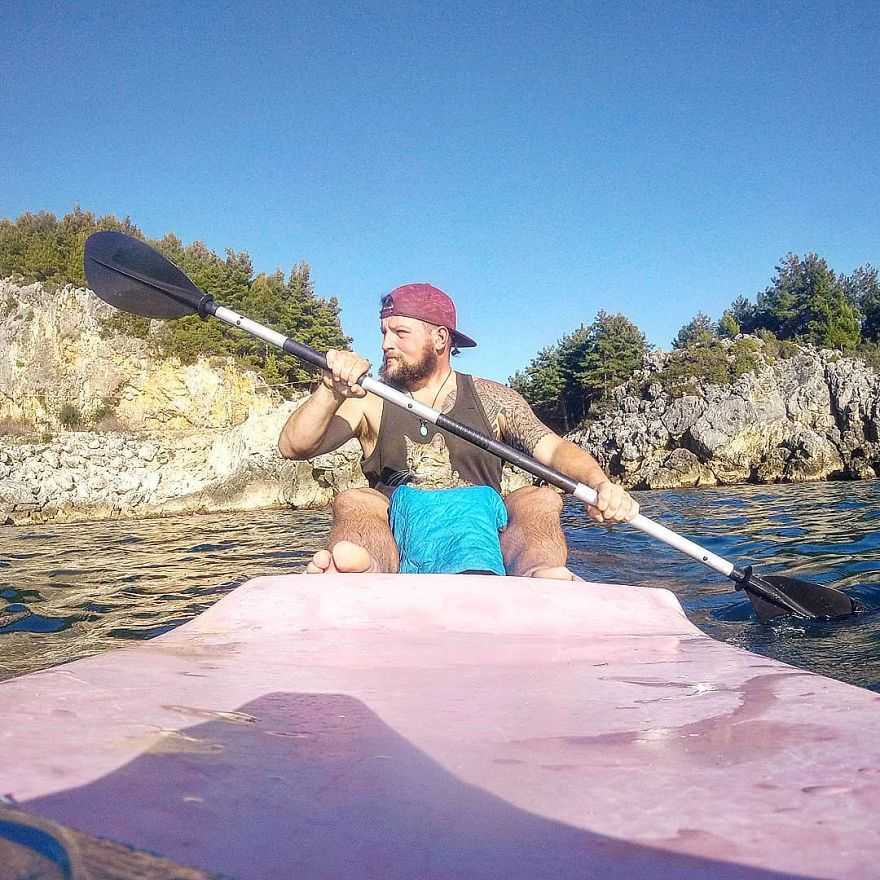 Nala quickly showed her loving personality and adventurous soul. She loves traveling and chill showing no signs of discomfort traveling long distances. Sometimes she jumps out of the box and sits on Nicholson’s shoulder. At first, things were easy-going. People were thrilled to see the cat on the man’s back and the pictures of their journey are just awesome. 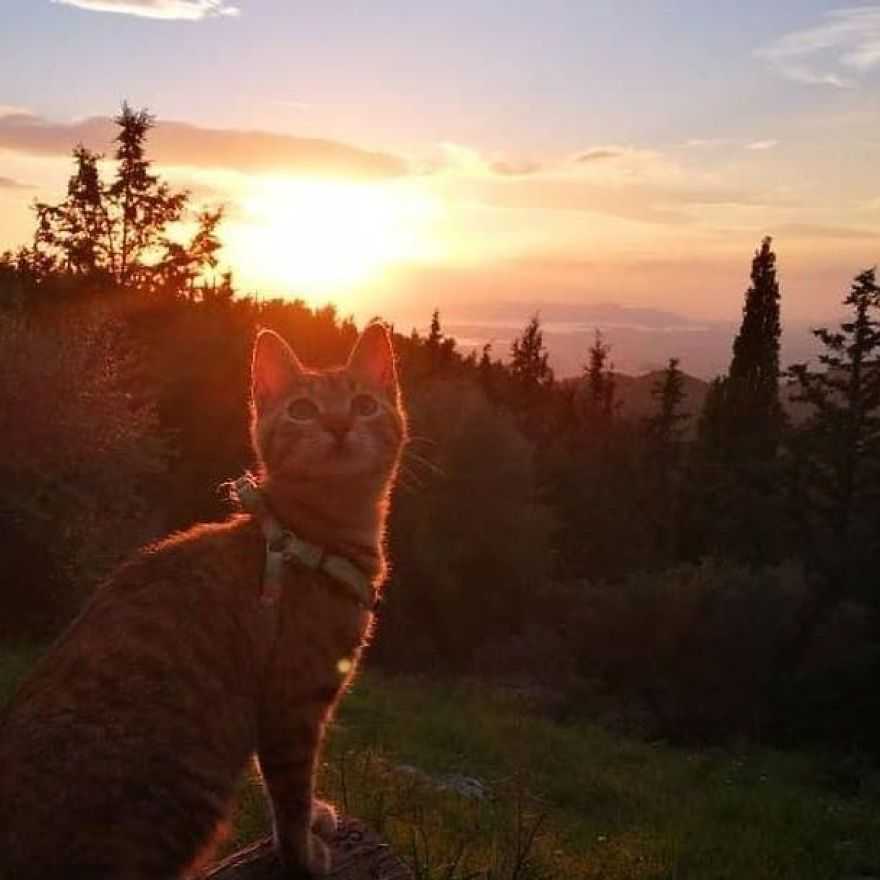 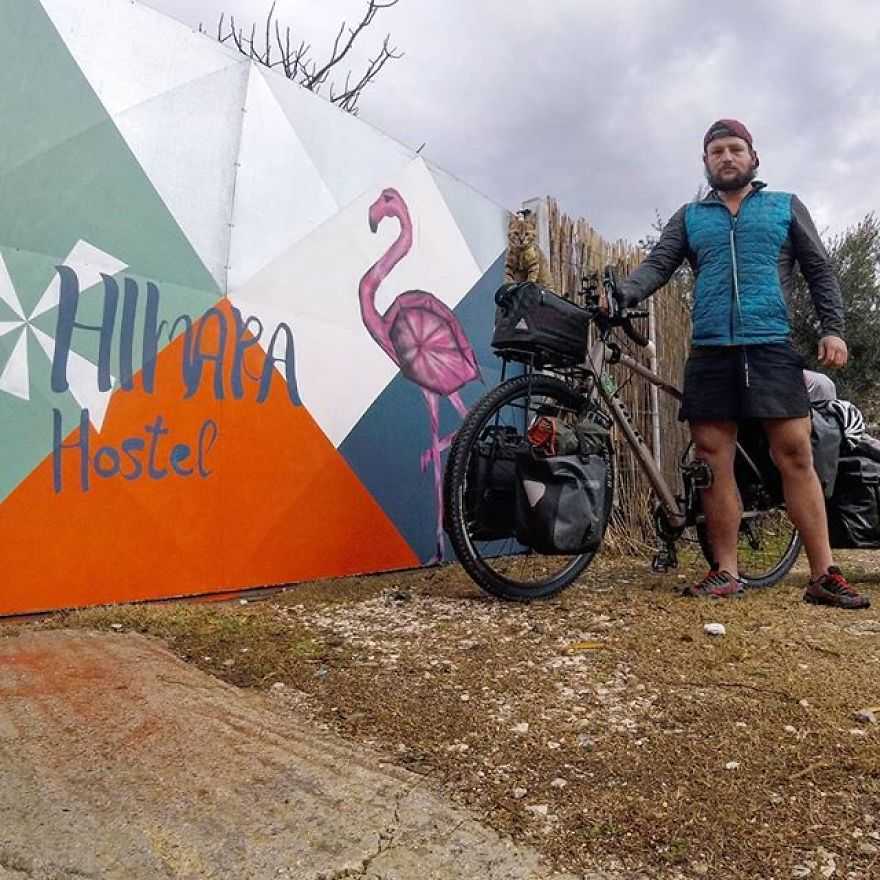 The two of them became besties, traveling from town to town, exploring new places, abandoned villas, and hidden beaches, with Nala being on his shoulder through thick and thin. Nicholson’s journey seems more inspiring and cheerful with his sweet companion. 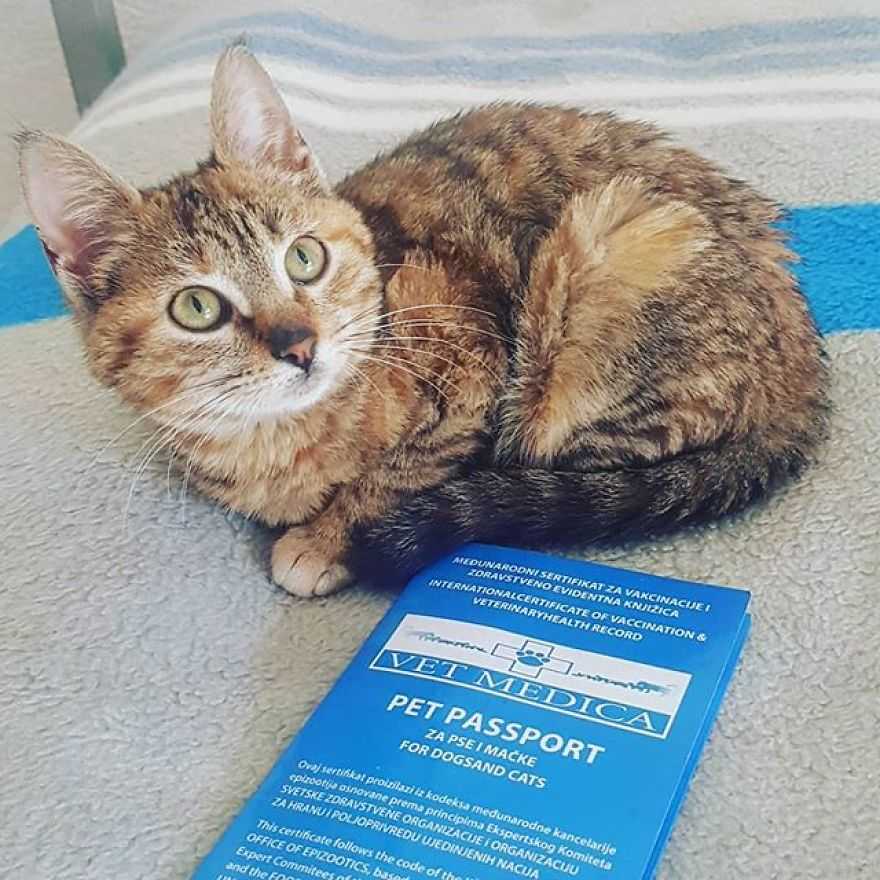 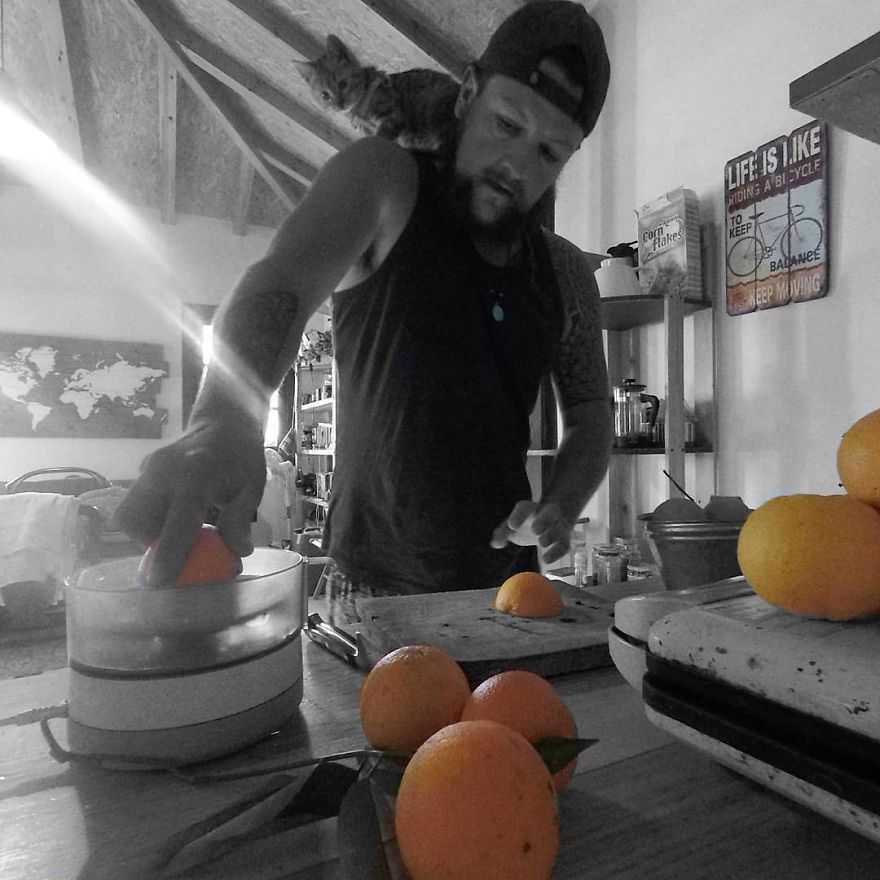 The duo hit a snag while traveling through a rainstorm in Albania. Nala got soaked that day and got a chest infection. They had to stay in a hostel for three weeks until she got better and the weather improved allowing them to continue their journey. 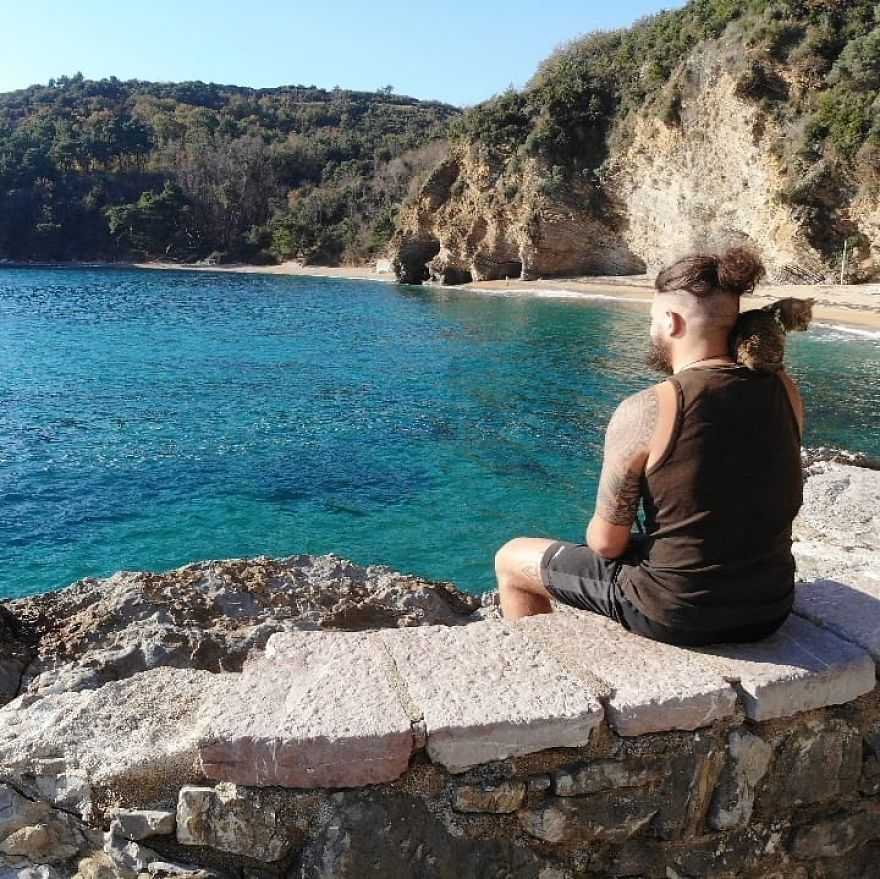 Nicholson took  good care of Nala and through proper attention the kitty got well soon and they set off once again.This time he is more cautious and arranged a secure and waterproof setup for Nala.  Their bond became even stronger than ever. They are made for each other. 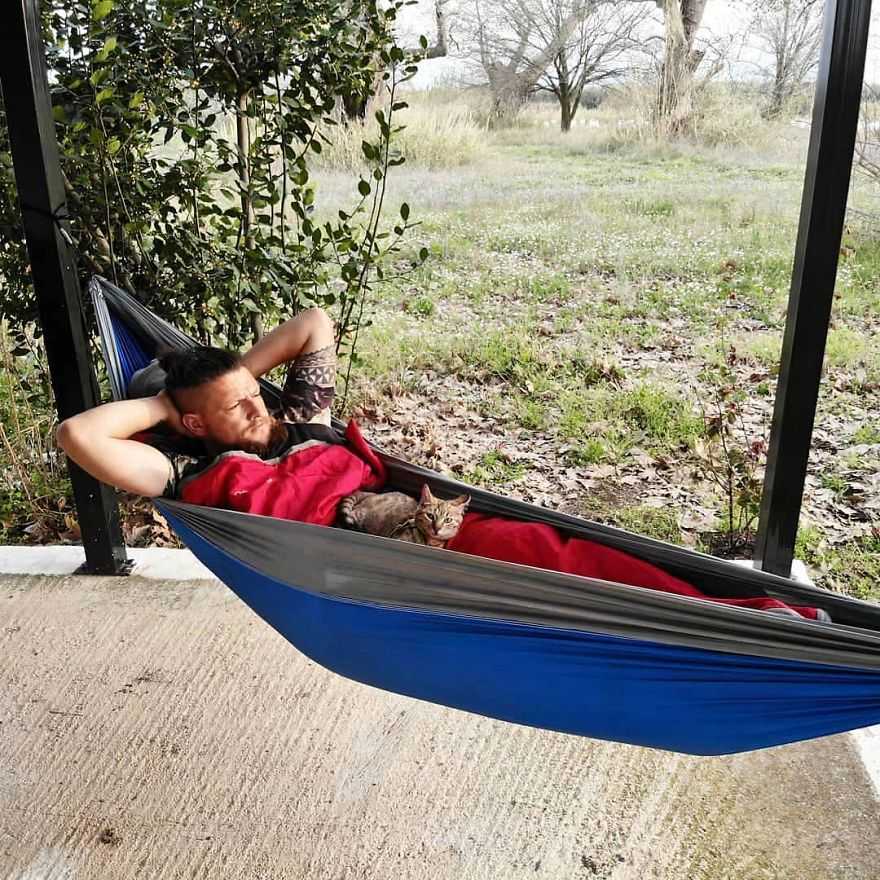 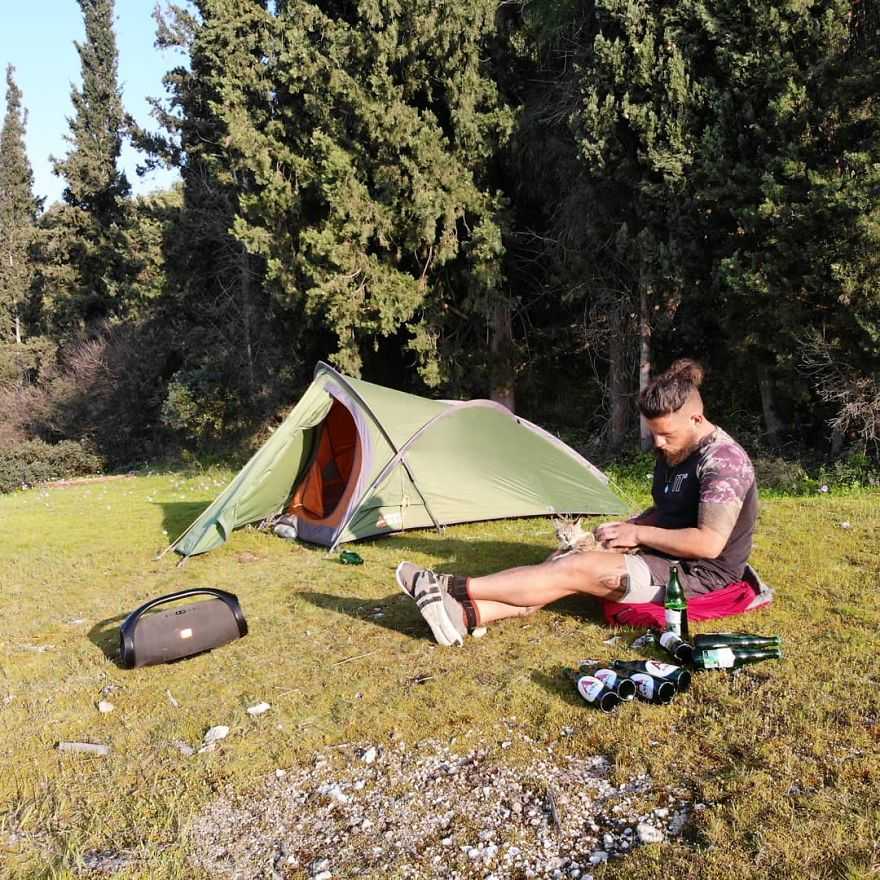 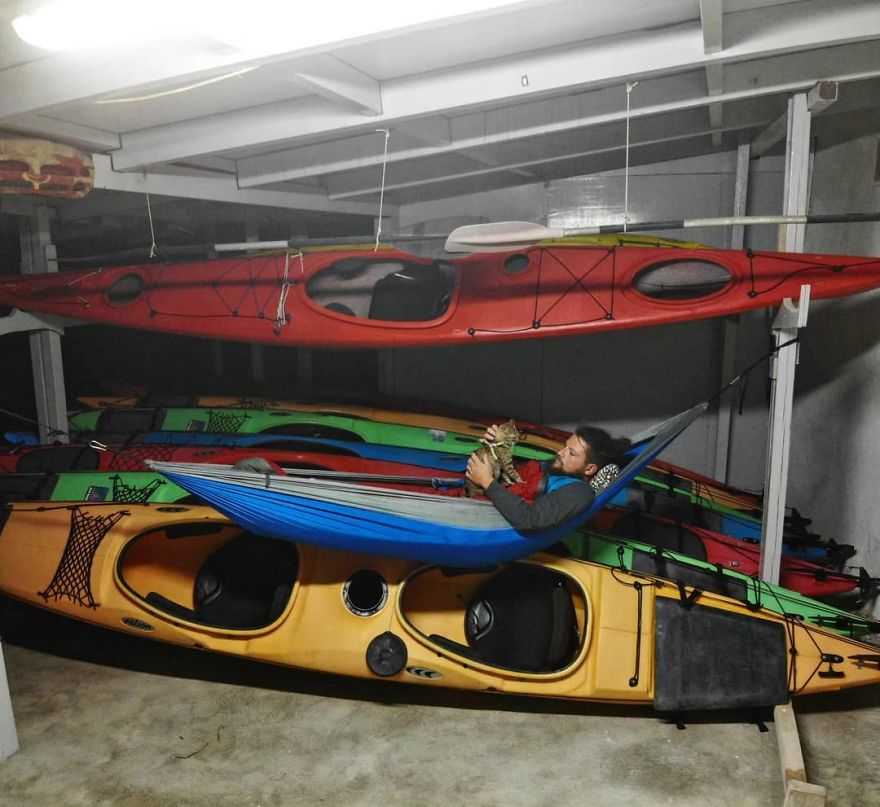 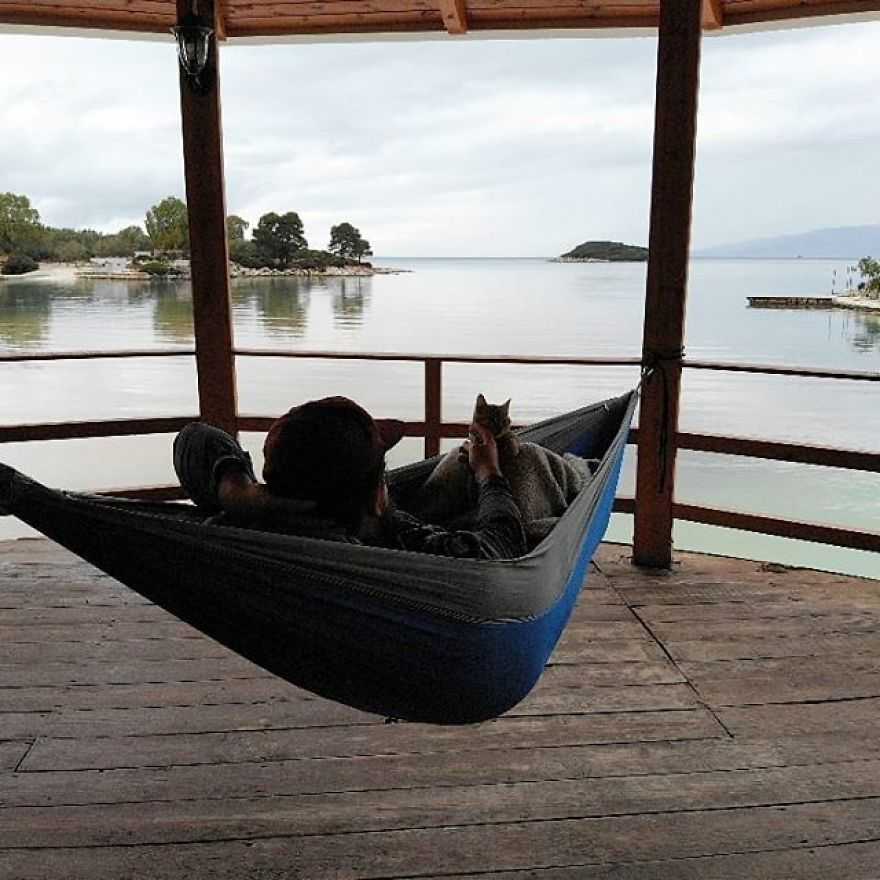 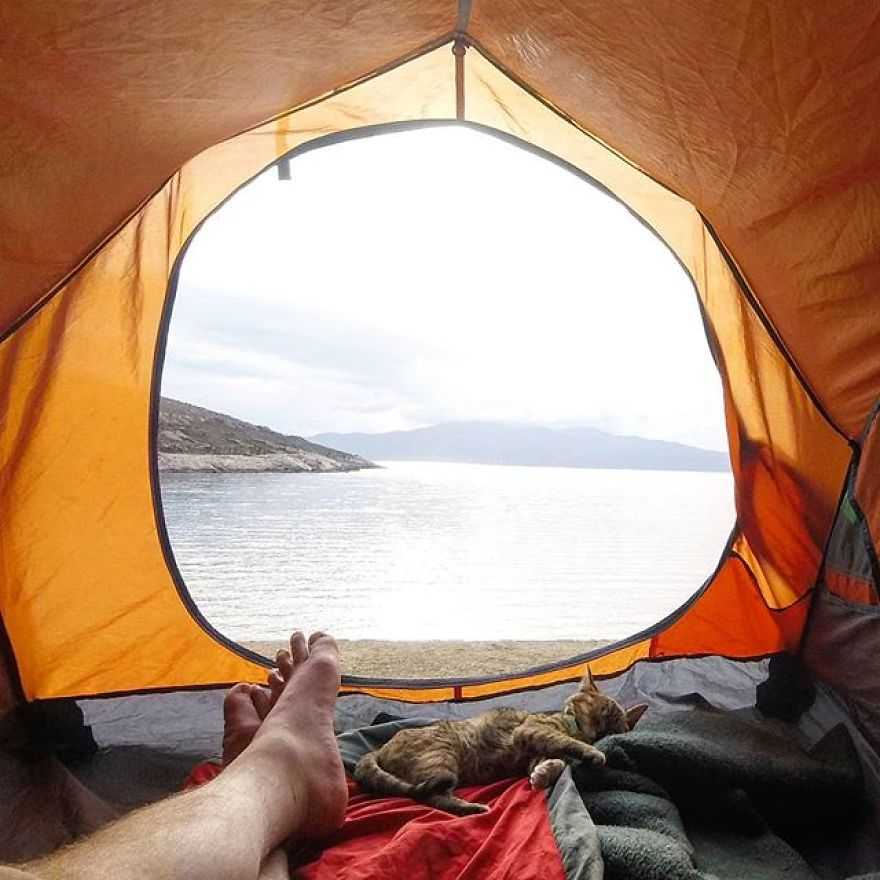 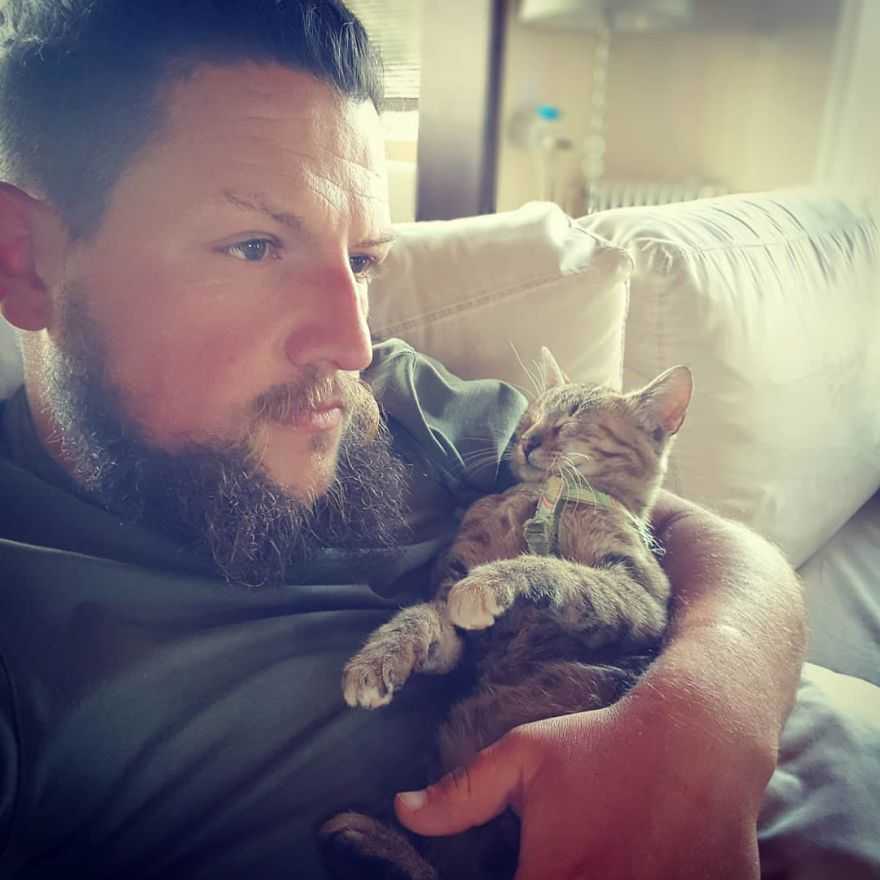 When Nicholson started his journey, he had one aim in his mind  to travel the world with his bicycle but after meeting Nala, he cares more about her growth than his journey. The man anticipates more pleasant surprises in the future as they continue to get to know each other on the cycle tour.