The Black Panther is a carnivorous animal and one of the most feared and powerful predators throughout its natural environment. A black panther is the melanistic color variant of  big cat species. Black panther in Asia and Africa are leopards, and those in the Americas are jaguars. The appearance of a black coat may be influenced by other factors, such as the angle of incident light and the animal’s life stage. For example, some melanistic leopards and jaguars display totally black coats, because the finer details of their fur may be masked by diffuse light. With inky black fur and huge glowing eyes, the black panther is nearly mythical.The famous wildlife photographer Will Burrard-Lucas made it possible for the world to have a glimpse of one of these big cats in Africa for the first time. 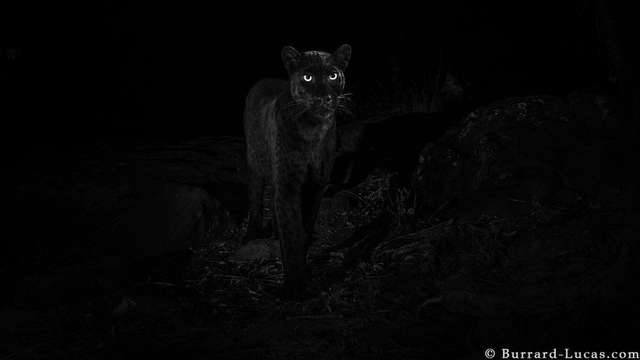 On a recent trip to Laikipia Wilderness Camp in Kenya, Burrard-Lucas set up a camera in hopes of capturing a shot of a black panther — a term that can be used for any black big cat, but in Africa is usually applied to a black leopard. The first few nights, only hyenas appeared in the frames but the photographer waited more and hopeful to get the desired photos. On the fourth night, a huge black cat caught right into Burrard-Lucas’ camera range, resulting in some astonishing portraits of a mysterious animal. The images are amazing. 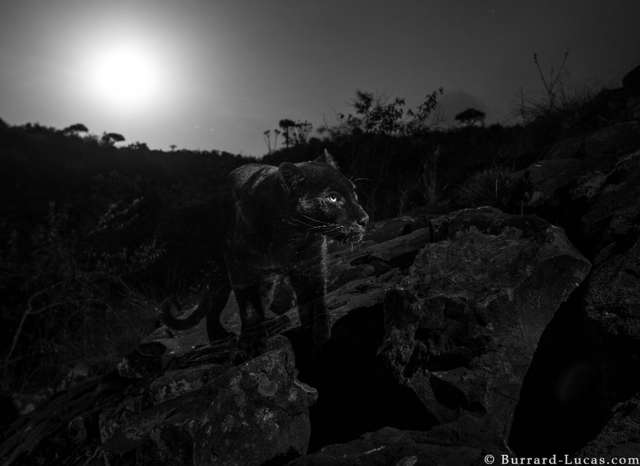 The Panther is a large member of the Big Cat family, native to Asia, Africa and the Americas. The Panther is not a distinct species itself but is the general name used to refer to any black colored feline of the Big Cat family, most notably Leopards and Jaguars. The Panther is an elusive and powerful animal.  Most of the time animals have been reported in the forests of Asia. But in Africa, where the photos were taken, dark leopards are even more rare. There are 30 different subspecies of Leopard found across both Asia and sub-Saharan Africa. 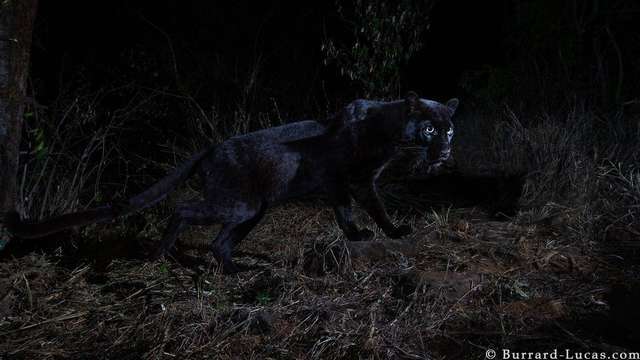 “We had always heard about black leopards living in this region, but the stories were absent of high-quality footage that could confirm their existence,” Nicholas Pilfold, PhD, lead researcher for a leopard conservation program in Laikipia County, said in a press release. “Collectively these are the first confirmed images in nearly 100 years of a black leopard in Africa, and this region is the only known spot in all of Africa to have a black leopard.”

The Panther is an incredibly intelligent and agile animal that is very seldom seen by people in the wild as they are generally very quiet and cautious animals. Black panthers can also be found in South America, there they are known as black jaguars instead of leopards. Burrard-Lucas was surprised by the images, and he had presented a new creation of his art. This made the wildlife lovers stunned. 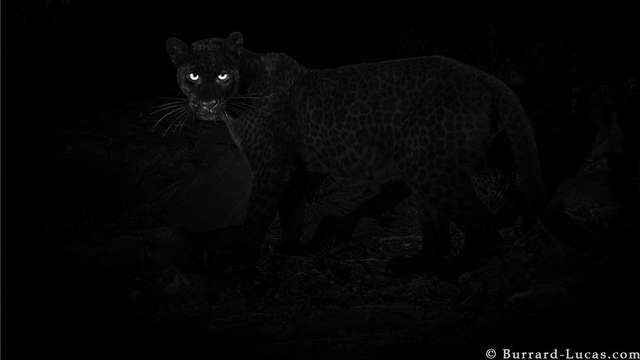 “Since childhood I have been fascinated by stories of black panthers,” Burrard-Lucas said in a blog post about the photos. “For me, no animal is shrouded in more mystery, no animal more elusive, and no animal more beautiful. Nobody I knew had ever seen one in the wild, and I never thought that I would either. But that didn’t stop me [from] dreaming.”  Enjoy the hilarious views of the black panther.