An animal rescue group is dedicated to pet adoption. These groups take unwanted, abandoned, abused, or stray pets and attempt to find suitable homes for them. Many rescue groups are created by and run by volunteers, who take the animals into their homes and care for them until a suitable permanent home can be found. Rescue groups often witness strange predicaments animals get themselves into. This rat who got so chubby over the winter, that she couldn’t wiggle herself out of a sewer grate. Luckily, the devoted group of rescuers was there to help the rat free. 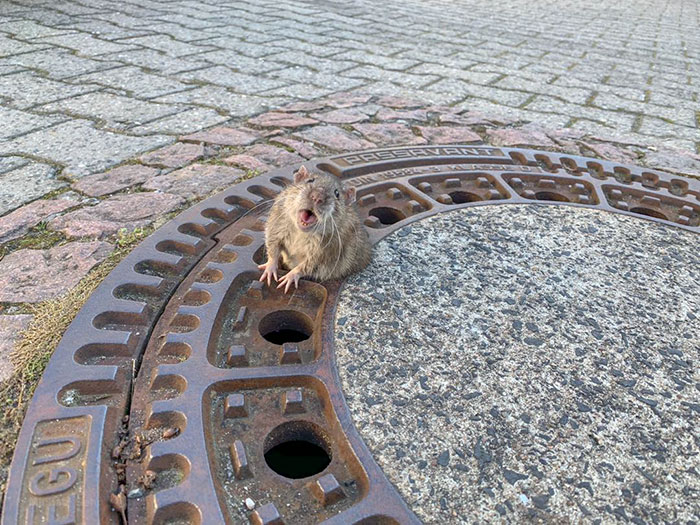 This incident happened a couple of days ago when two little girls heard a loud squick coming from a nearby sewer, then they noticed a poor chunky rat completely stuck in the grate. They decided to save the rat. 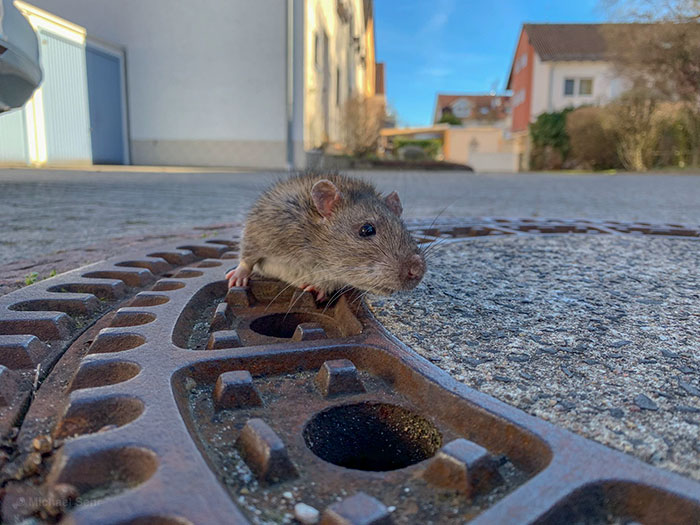 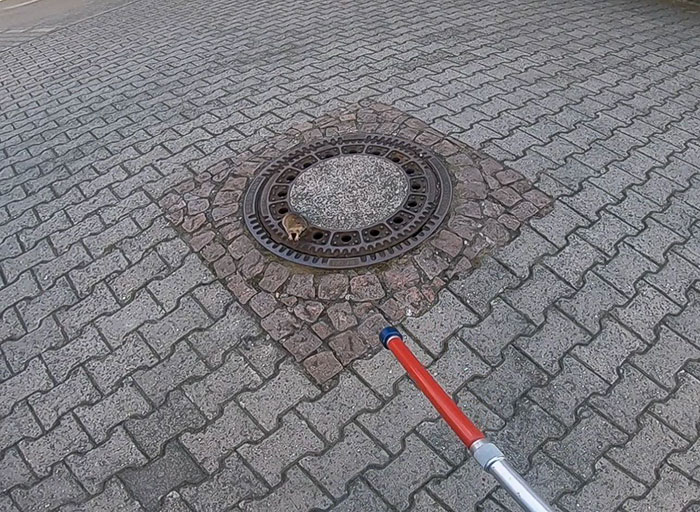 Girls’ family called a local animal rescue organization, operating in Germany. When they arrived, they realized they will not be able to get the rat out without the right tools so they called the fire department to help out the tiny creature.

Some people consider rats to be pests and some wouldn’t even bother saving the animal, the whole fire brigade arrived to lend a hand. They tried their best. 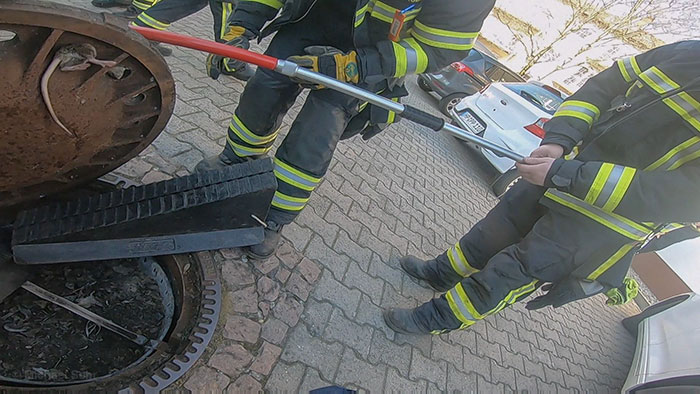 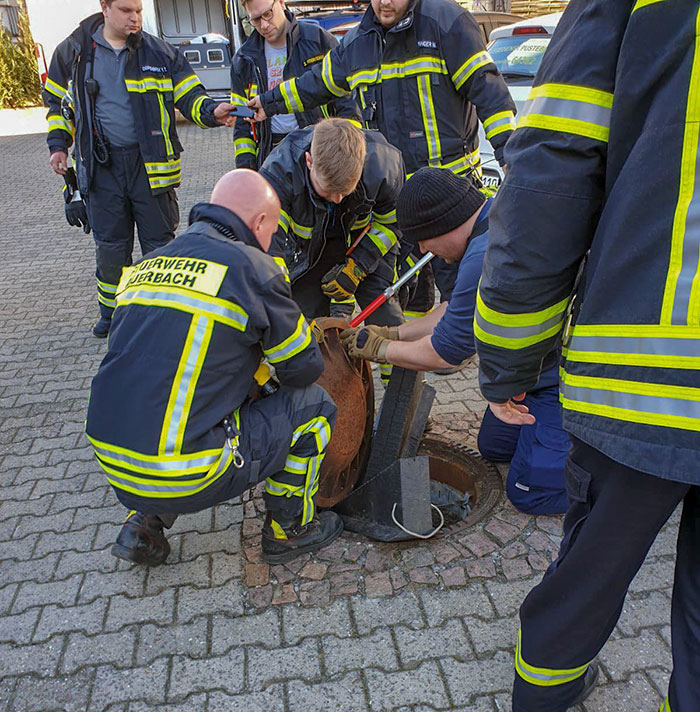 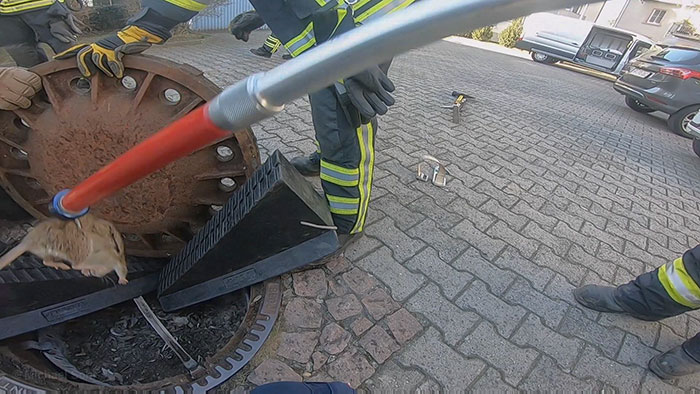 In no time the rat was rescued successfully and without having injuries. Then she was released back to the sewer and hope that she won’t get stuck in the grate again. A great job done by the kind hearted people. 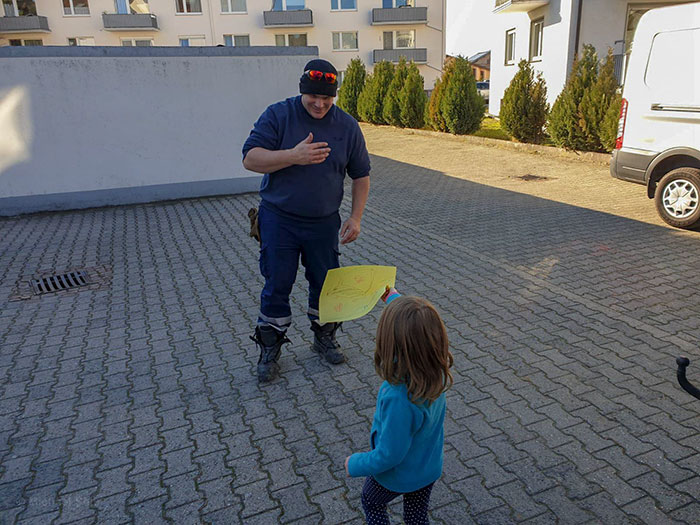 After the rescue operation was complete the two girls thank firemen for saving the animal and presenting them an adorable picture of a rat. 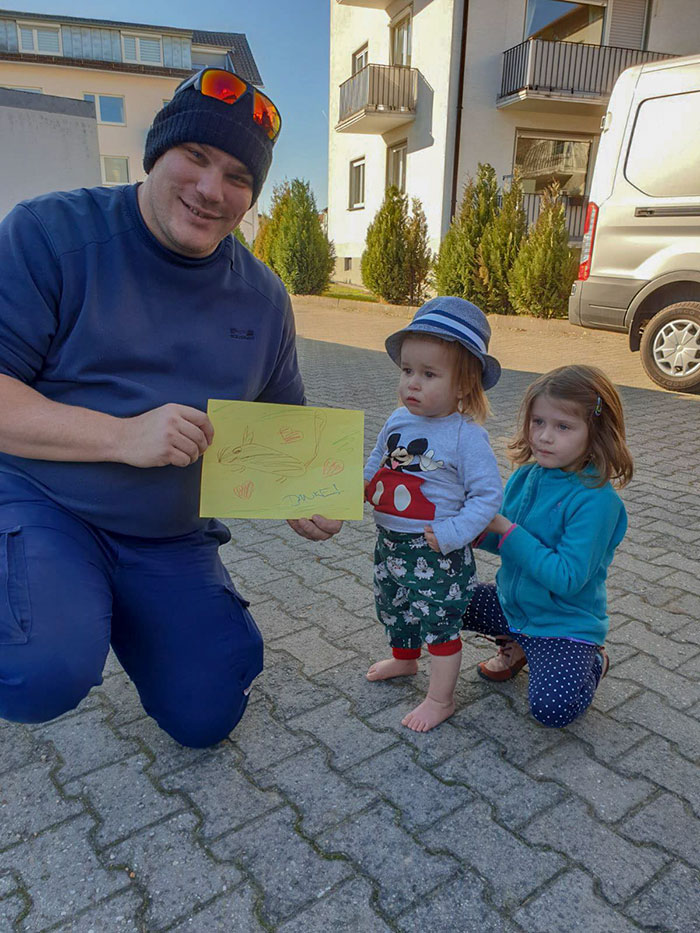 Watch the whole rescue operation below:

Here’s how people reacted to the incident: