Kick is a college student who loves to keep cats. One day he brought home a lovely kitten, even though he knew well that his dad hated cats and did’t want them in home.

“I adopted Binx out of BARCS a few years back when I was in college. I had always wanted a pet, but never really got a chance to grow up with one. One day I was feeling especially bold, or more realistically I was stressed out with classes and exams, and decided that I was going to rescue a kitten,” Nick told.

“I got a chance to meet the little striped tiger at the shelter and I went into a separate room to get more acquainted. He hid under my chair and was too afraid to say hi. Then I dangled a toy out in front of him and despite his nervousness, he came out and pounced on the toy before darting back under my chair. I fell in love with him right there.”

“The only issue was my dad. He had always “hated” cats and just wasn’t really a pet person. I knew deep down though he was a total softie, and figured it was worth the risk. I came home with Binx bundled in my jacket, and my dad confronted me right then and there. I made up some lame excuse that I was watching this kitten for a friend and that it’d only be for a little while. My plan was to keep that lie going until years went by and Binx would become part of the family. My dad saw right through that and despite being upset, he gave me and Binx one chance to make it work.”

His dad put all the responsibility of the cat on Nick. All food/vet bills, toys, cleaning the litter box and any other tasks would not be his dad’s head ache, Nick had to manage and pay for them. And if Binx would do any thing wrong with the household things, Binx would go back to the shelter. Nick agreed to all terms and conditions of his father and kept Binx in his room for the first few days to provide him friendly and comfortable environment. His dad never tried to know Binx or enjoyed his company because he was never interested in him.

Then one day a miracle happened, after taking classes, Nick came home and surprised to his dad and kitten together. He knew this little kitty had made his place in his dad’s heart. Both bacame best friends in no time. Nick was happy and relaxed now. All of his worries regarding the cat had vanished, he now went freely out of house for studies. His father was there to accompany the little kitten. Binx has even spoiled some furniture with scratching claws, but now Nick’s dad doesn’t mind it at all. He is tolerating his mischief.

“He’s a total self confessed cat dad now and it’s quite hilarious. The man hated cats growing up, but as well all know, that’s because he never met the right cat. Now Binx will live out the rest of his life snuggling with my dad on the couch, laying across the keyboard of his computer, and watching football games together.” 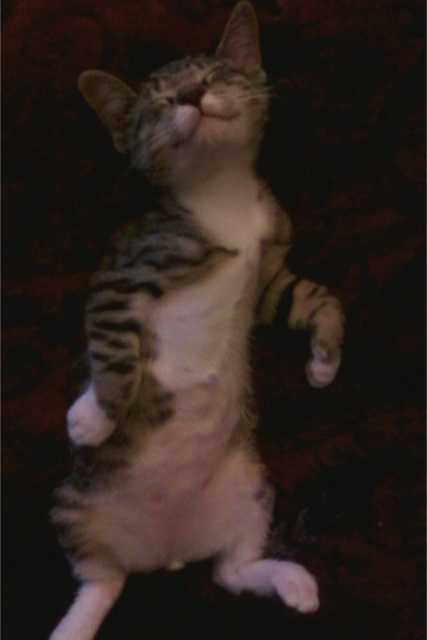 “I called my mom and told her I was bringing him home. She told me ‘good luck’.” 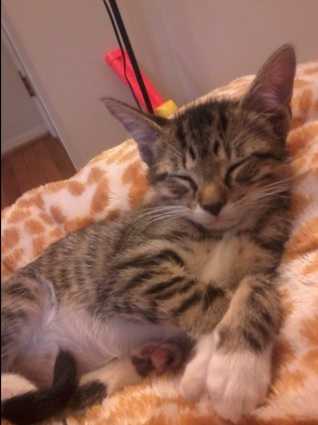 Then one day, Nick came home from classes and he found his dad and Binx in his room, Binx curled up on his back. 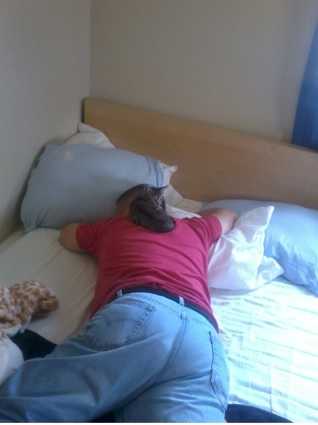 “I knew right there that Binx had stolen my dad’s heart and he was going to be living here forever,” Nick said. 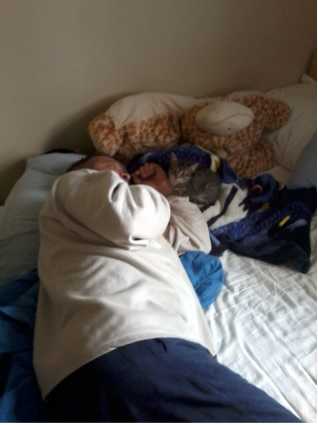 “Flash forward a couple years, and Binx is my dad’s best friend. They do everything together and my dad spoils him like you wouldn’t believe.” 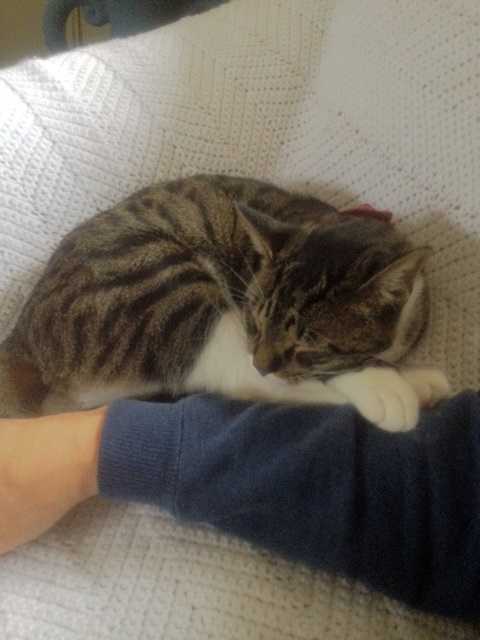 “He ordered expensive cat trees for him, toys, window perches and anything Binx wants, Binx gets.” 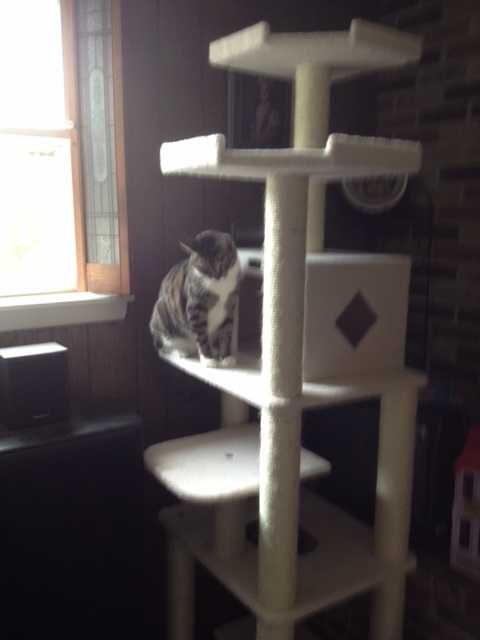 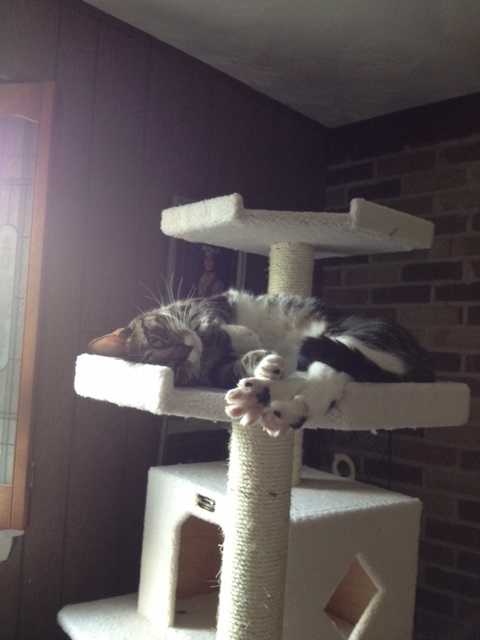 “I have since moved out, and adopted two cats of my own, but I wasn’t allowed to take Binx with me. My dad said that Binx is now his and nobody was taking his little buddy away from him.” 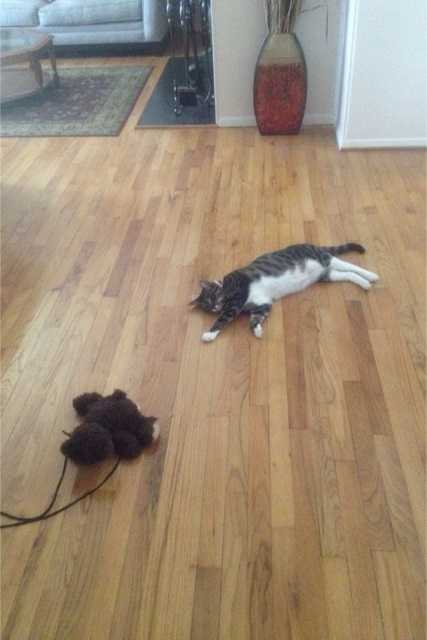 “He’s a total self confessed cat dad now and it’s quite hilarious. The man hated cats growing up, but as well all know, that’s because he never met the right cat.” 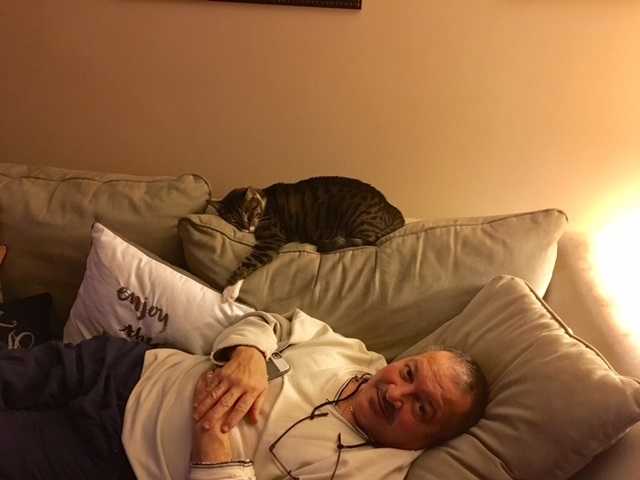 “He loves the cat more than his own children, and I’m totally okay with that. :)” 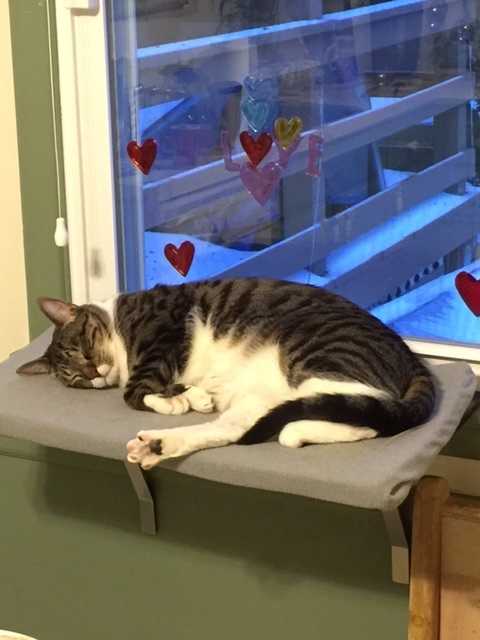