Cat is considered as man’s other best friend, domestic cats could read facial and body-language cues related to posture those that depicted happiness and anger in the humans. Like dogs, cats also have an uncanny ability to detect ailments and diseases as well. Cats also have an acute sense of smell and have the ability to sniff out a chemical change in the body caused by a disease. And both dogs and cats can also sense the change in mood, behavior and pattern that affect a daily routine.Cats do notice when owners are sick, ill, or even sad, and what that can say about them comforting us.  Cats can interpret our emotion and understand when we are happy or unhappy,angry, even if it’s pretty badly, it wouldn’t be wrong to think they may choose to comfort us when they realize there is something wrong. Here is a story of a stray cat who attempts to helping a sick man to be strong and happy.

Andrew Falloon’s father was suggested for an operation, he was quite nervous. After that when his father has  placed on bed rest and is recovering at home, a local cat sensed that the sick man needed a loving company and care and is ready to provide it happily. 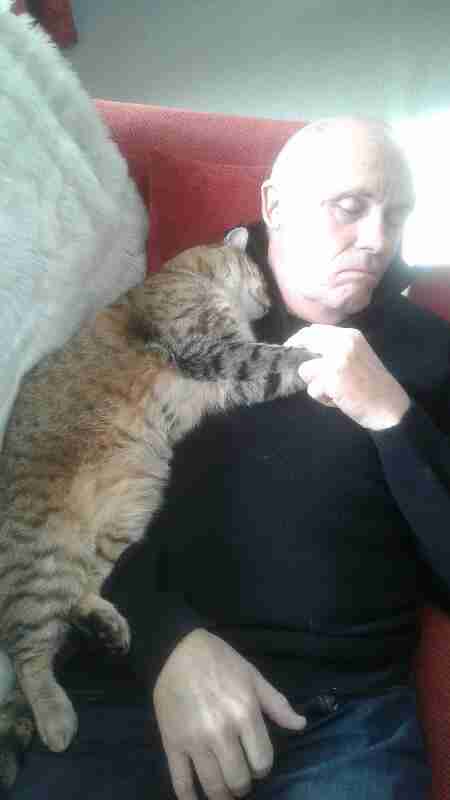 In the words of Falloon, his mother had left one of the doors slightly open one day.  From there, the cat came inside and started her work. When his mother returned, she found her husband nestled in bed with the cat. The snuggling was not a one sided, the man held the cat’s hand unknowingly as he slept. This was a surprise for the family.

Falloon is not known to be the cat lover person. That’s is why it is unexpected to find him snuggled up with his new feline friend. After awhile, the family learned that the cat has a name: Ziggy. As for Ziggy, he is the type of cat who has habit about popping in to say hello to his neighbors. 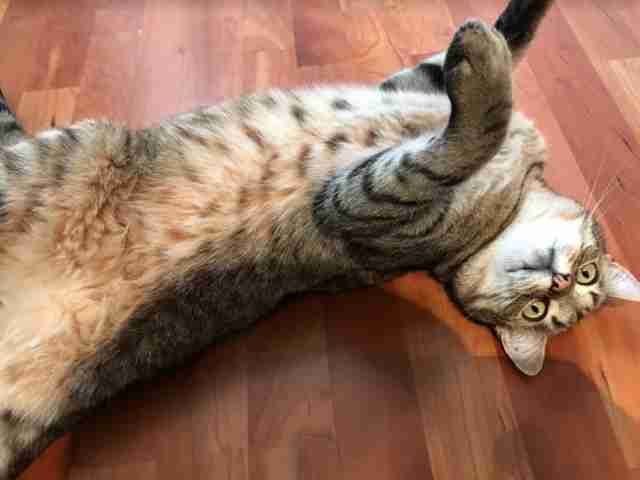 This visit was a bit different from his usual ones. Ziggy treated this patient in his own way. After the relaxed nap was over, he behaved like a doctor to observe the patient. It was not long before Ziggy needed to head off to the next appointment, though. What a kind cat who did well to attend this ill man.

No one knows if Ziggy spread magic to the instant recovery of Daddy, but one thing is for sure it made him happy alot.  According to Falloon, his dad is recovering so quickly and the family is giving this credit to the sweet furry friend. Now that Dad is recovered, we hope that Ziggy is willing to pay him another visit real soon.