After being adopted by his foster family, this 7 year-old New York City cat is making a different in other kittens’ lives.

Chandler Alteri and Charlie met at her parents’ home in 2010 and ever since they have been inseparable. 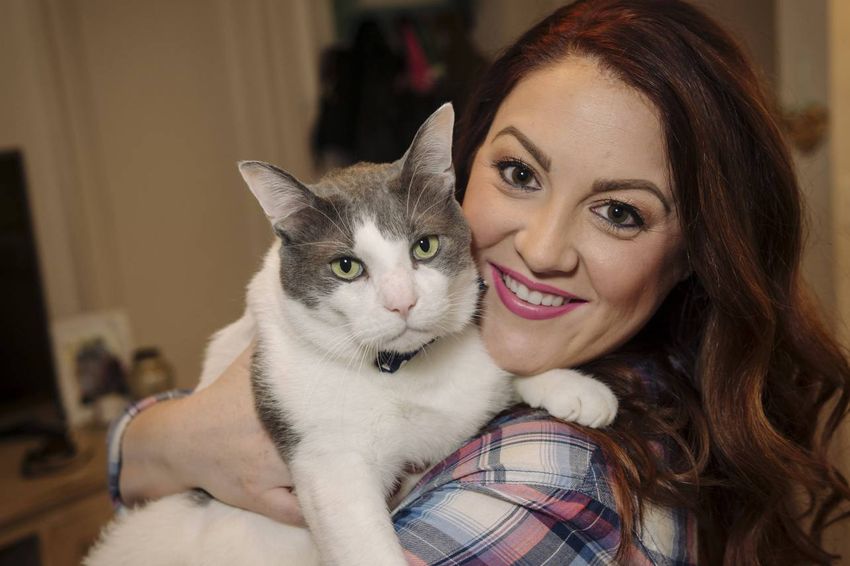 Charlie and his 3 siblings were found abandoned in a sealed box at a campground when they were just a few days old. A woman discovered these kittens with no mama in sight and brought them into her foster home.

After being bottle-fed around the clock, they slowly began to regain their strength. Once they were old enough to be adopted, one by one they found their forever home- except for Charlie. 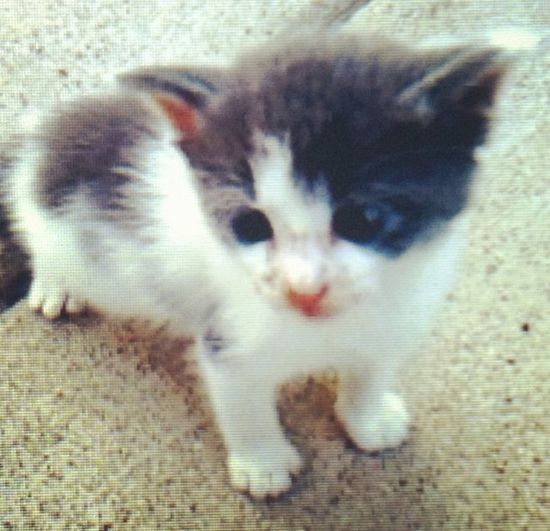 That’s when the woman fostering the kittens asked her daughter if she wanted to adopt him as her own, the pair were brought together.

“He’s the most loving, trusting, affectionate cat I’ve ever been around,” Charlie’s mom said. “The second I get home from work, he runs to the door and stands on his back legs for me to pick him up and hug him. He LOVES to be held and snuggled. He’s excellent with children, dogs, strangers and, most of all, other kittens and cats. 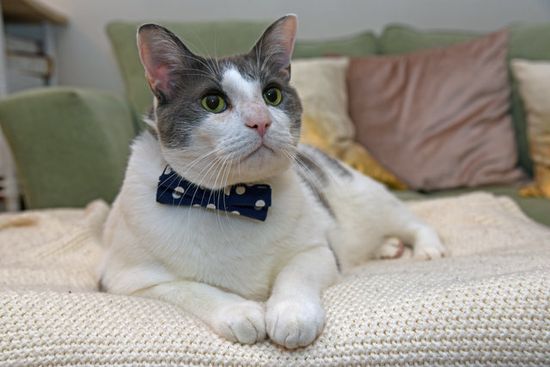 Following in her mom’s footsteps Chandler decided to try fostering as well. When Chandler and Charlie settled in New York, she contacted the ASPCA and brought home her first 2 foster kittens, Bitsy and Jitterbug.

At first she kept the new kittens in a separate room, unsure about how Charlie would react to the new additions in their home. As it turns out, she had nothing to worry about.

See how Charlie reacted to the kittens in this video:

“He was dying to get inside and see them,” Chandler said. “When I finally let him into the bathroom, he immediately started bathing the kittens. I watched for weeks as he cared for them and helped bring them out of their shell. I had never seen anything like it. They were shy at first, but because they loved Charlie and Charlie loved me, they began trusting me.”

With Charlie’s help, Bitsy and Jitterbug were ready to find their forever homes, but Chandler didn’t stop there. 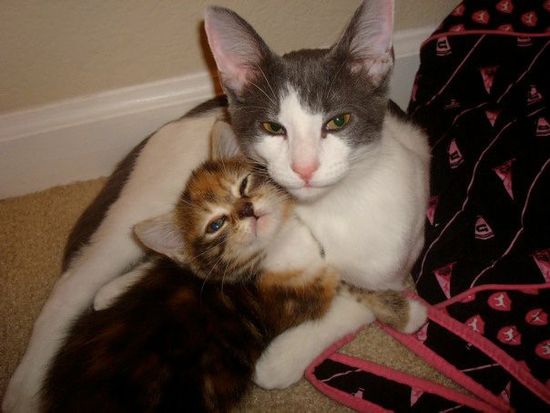 They have now fostered around 25 different kittens and Charlie has cared for each and every one of them as if they were his own babies.

“Charlie loves giving the kittens baths and cuddling with them,” Chandler said. “He even lets them fake nurse! He also likes to play hide-and-seek with them. He’ll go hide somewhere in the apartment, meow, and then when he hears them coming, he jumps out of his hiding spot and leaps over them! It’s hilarious!” 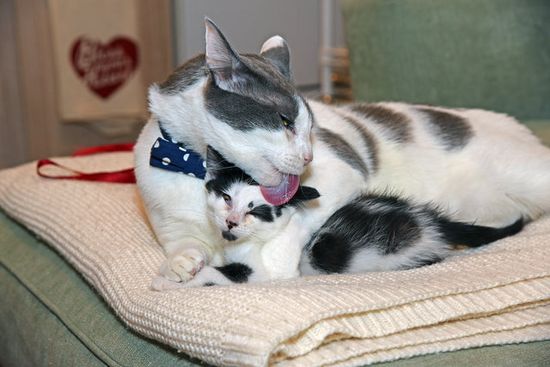 Regardless of being a male cat, his parental instincts kick in when he’s around the kittens.

“The foster kittens benefit from a calm, friendly cat that provides the kind of social support and connection that humans can’t offer, especially when humans are still pretty scary,” Adi Hovav, senior behavior counselor at the ASPCA Adoption Center, told The Dodo. “Charlie’s connection to the kittens creates a bridge between kitten and human. While kittens can be effectively socialized without the presence of a helper cat, having Charlie there definitely aids the socialization process.” 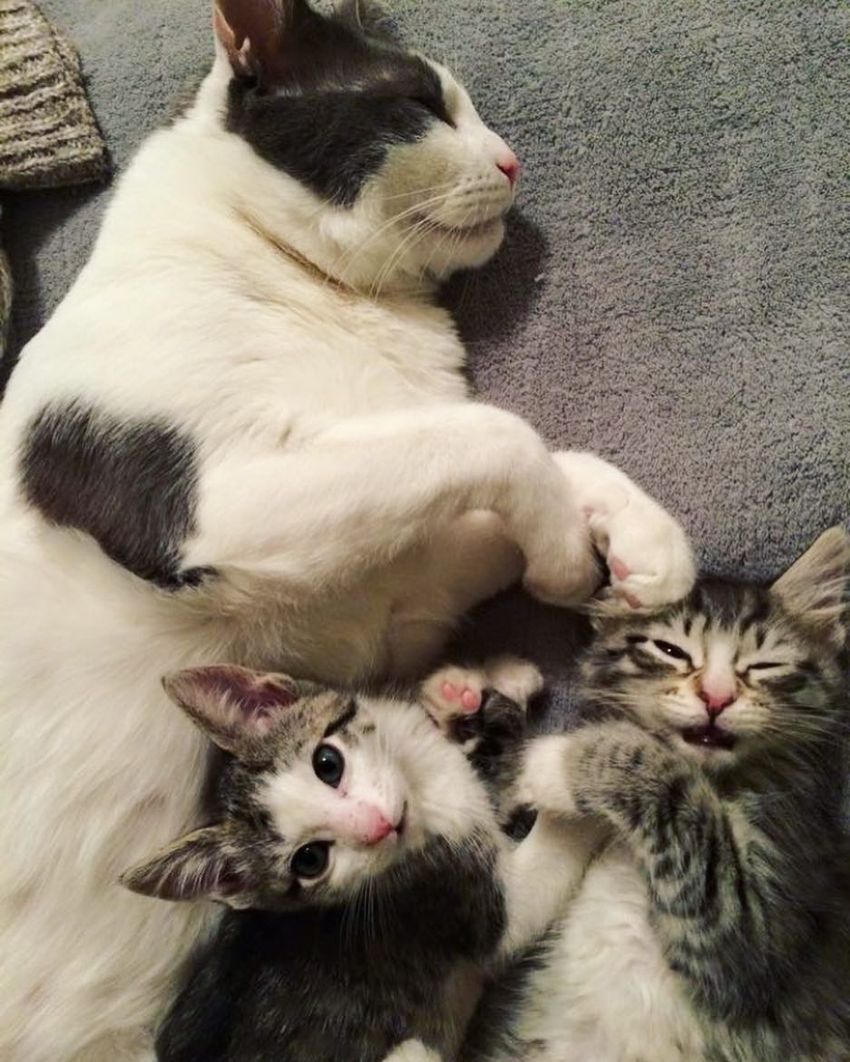 “He’s extremely protective of our fosters,” Chandler said. “Sometimes he’ll sit up high on my dresser or bathroom sink and just observe them. Once a foster got his toy stuck under the ottoman, and Charlie helped fish it out for him.”