The feminine beauty ideal is the socially constructed notion that physical attractiveness is one of women’s most important assets, and something all women should strive to achieve and maintain. The beauty standards set by the society we live in have tremendous influence on the styles and trends we are drawn to. The beauty world has got a new thing for body hair now, but if you’re bored of drawing all the focus to your eyes, there’s another hairy trend you can try.

We are introducing a latest beauty trend called The Nostril Hair Extensions. Voluptuous nose hair is officially the latest beauty craze.  After years of trying to remove those ill-placed little hairs, the beauty world is finally embracing them as a fashion. Instagram user was the first to showcase this eccentric new style in 2017, posting a photo of herself wearing fake eyelashes glued to the openings of her nostrils. While the trend didn’t take off instantly, it appears slowly two years later. 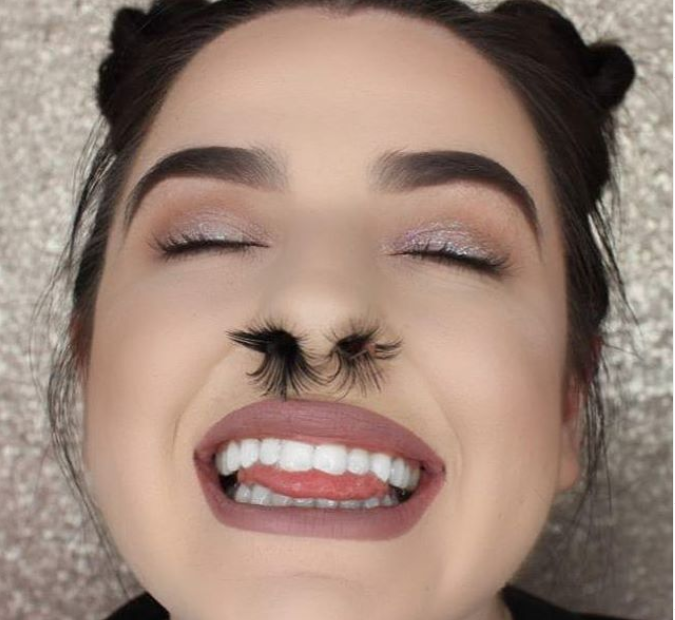 In the past, while there has been various weird beauty trends, like ants in fingernails and bow brows, but the nose hair extensions may be the most odd looking trend. Natural nasal hair actually serves a purpose: to catch dust and other particles that can carry bacteria harmful to the lungs. Partaking in this beauty trend involves using eyelash glue to attach the lashes to the inside of your nose, which could yank out some of that protective hair upon removal. 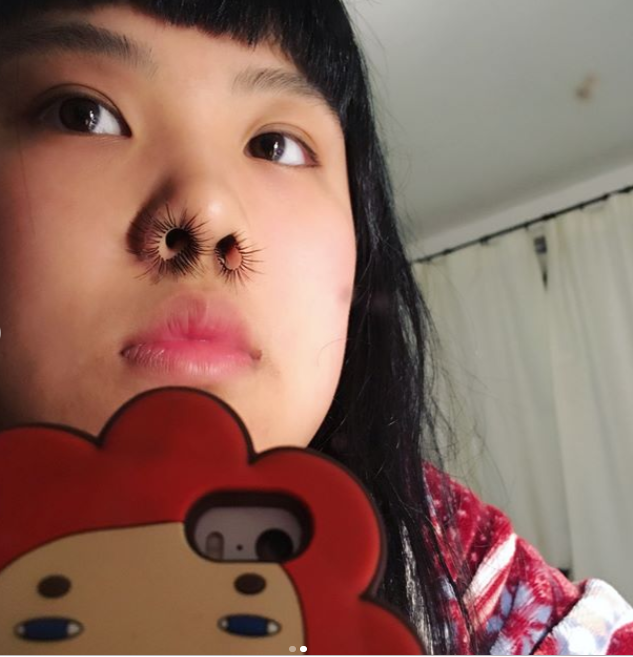 Beauty fans are using the hashtag, #nosehairextensions, it has been used over 400 times on Instagram, accompanying photos and videos of users who have attempted the bizarre look. While it seems to be simply for internet show, people are clearly intrigued by the trend. Although, this isn’t the first time things have been getting stuck up people’s noses. Recently, there was a man who went to his doctor complaining of a blocked nose only to find there was a tooth up there. The 59-year-old man from Denmark had been dealing with congestion, discharge, and a lack of smell for several years, when he finally decided to visit a doctor. After running an X-ray and conducting an examination, his very surprised doctor broke the news to his patient that he, in fact, had a tooth up his nose.

According to the British Medical Journal, when the man was younger, he had experienced a facial trauma, which resulted in a fractured jaw and nose. Medical experts believe that the ensuing damage may have been the cause of the tooth in his nasal cavity.

In the BMJ Case Reports, Dr. Milos Fuglsang wrote, “Our patient most likely had the intranasal retained tooth most of his life, but had late onset of symptoms.”