A cat of many names, the puma is also known as the cougar, panther or mountain lion. In general the size and coloration of the cat varies greatly across its range, the color of the fur varies from slate grey, through yellow buff to light reddish brown. In appearance the puma has a small, broad head with small rounded ears, a powerful body with long hind legs and tail, which is tipped with black. The puma can be found in varying habitats from the mountain forest, up to around 16,000 feet to lowland swamp and grasslands. Pumas are widely spread in North, Central and South America. In mountainous regions, where the cat follows its migrating prey as summer gives way to winter. The puma hunts alone, by day or night and will cache its food, if large enough, in dense undergrowth, returning to it over several days. Like smaller cats, pumas cannot roar though they can muster a very startling snarl or a piercing cry. Pumas have a very powerful hunting instinct, and have sometimes been known to chase and catch humans on bicycles. Despite its wide range, the puma is poorly understood and thought to be declining overall. 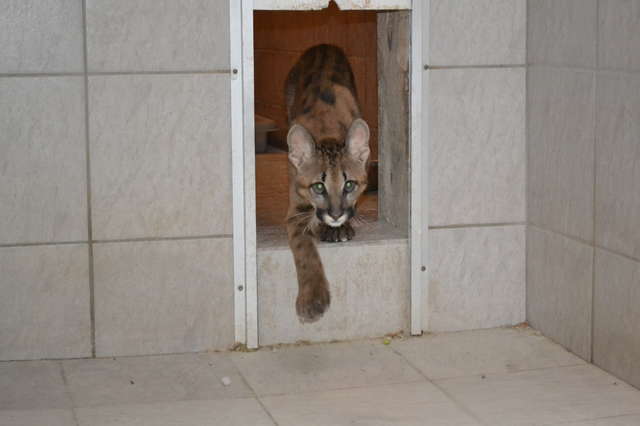 Tikam was living in an apartment in Germany with his owner until one day the landlady of the building realized Tikam was a bit strange. 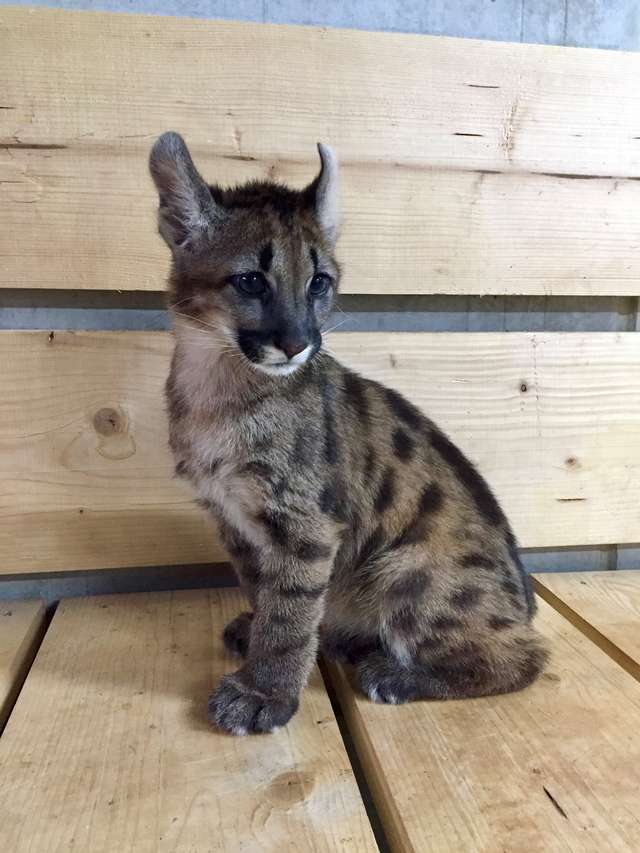 Tikam was discovered to be a puma kitten and he should have been living out in the forest. “The landlady noticed the exotic pet and notified the authorities,” Jeta Lepaja, spokesperson for Four Paws International, told The Dodo. 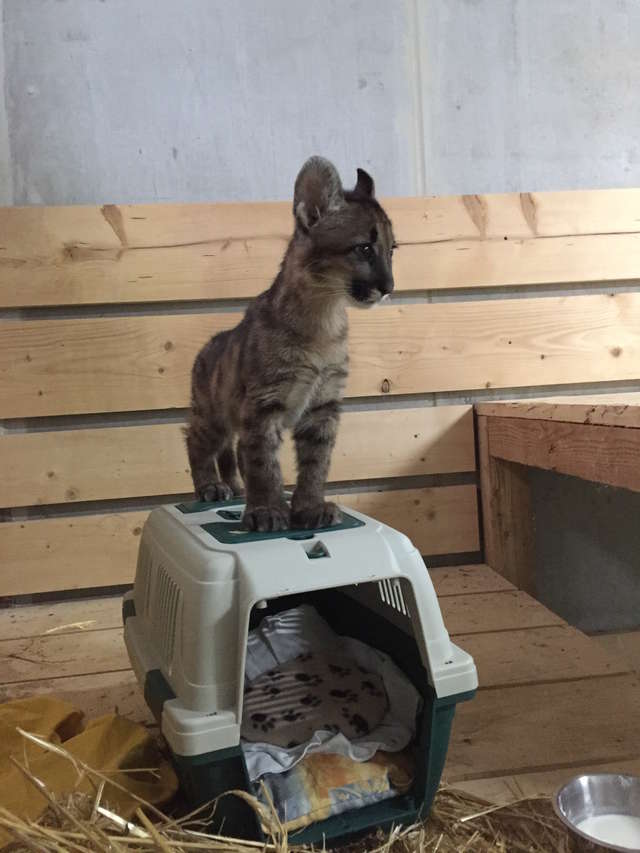 The species is threatened by legal and illegal killing, including bounty hunting and poaching; human-puma conflict, which is exacerbated by old mythology perpetuating fear of pumas; loss of prey due to over hunting by people and agricultural land developments; and habitat loss and fragmentation. The illegal wildlife trade is estimated to be the fourth-largest black market trade on the planet, worth about $19 billion per year. Many of these animals are sold as exotic pets, who can grow up to be too large or too wild to handle and then end up abandoned.

So many animals like Tikam end up getting caught up in moneymaking schemes. 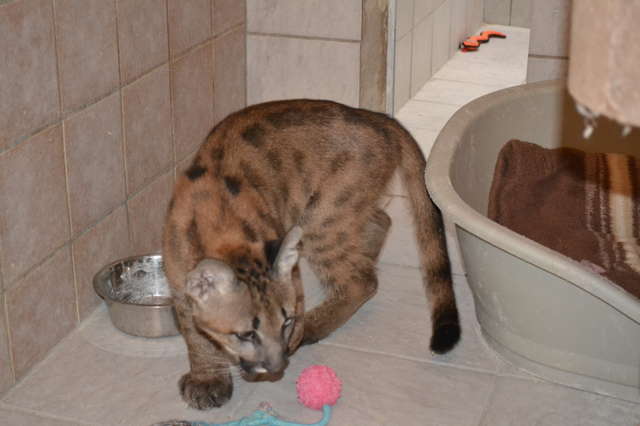 Tikam never even got to see his home in the wild. He was bred by a breeder in the Czech Republic and swiftly taken away from his mom, sold to someone who then brought him across the border into Germany. He was just 2 months old. But as soon as the landlady spoke up for him, Tikam was able to get the care he needed. 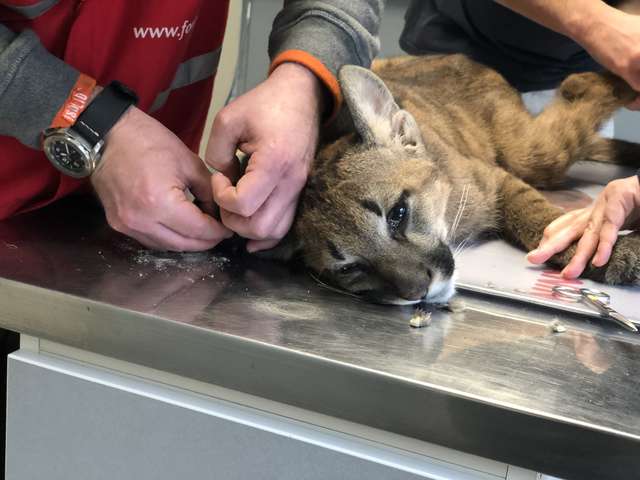 After being confiscated by the authorities, Tikam was brought to Tierart, a sanctuary in Germany run by Four Paws for cats just like him.  “Keeping a puma in a small apartment is not only absolute animal cruelty, but also dangerous for the owners and neighbors,” Florian Eiserlo, site manager of Tierart, said in a release. “What looks small and cute now will later develop into a predator weighing up to 100 kilos [220 pounds].” 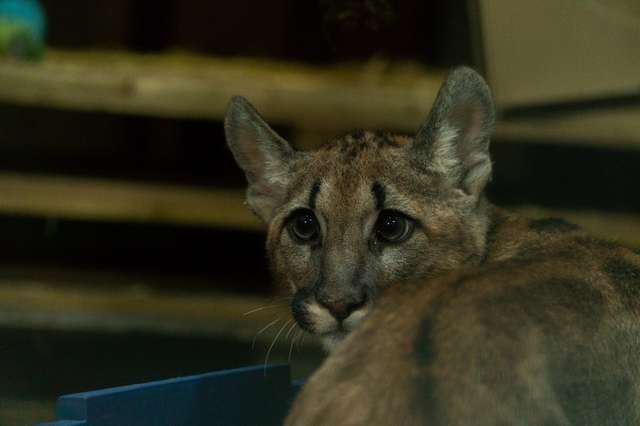 Because Tikam has only seen human beings around his whole life, he won’t be able to be released into the wild but people are doing everything they can to try to right the wrongs done to the puma kitten. 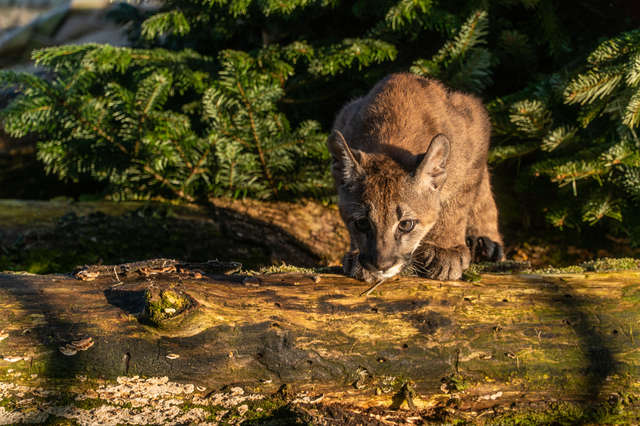 Tikam was recently seen exploring his beautiful habitat at Tierart, where he could feel the sun on his fur and the grass beneath his feet. He is happy to find his real habitat. Tikam seems to finally be feeling at home. 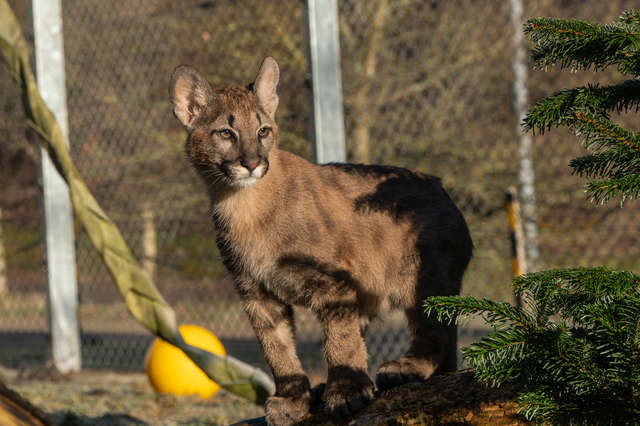 People are also, meanwhile, working on eradicating the exotic pet trade so that like poor Tikam it won’t be happened to other kittens in the future. 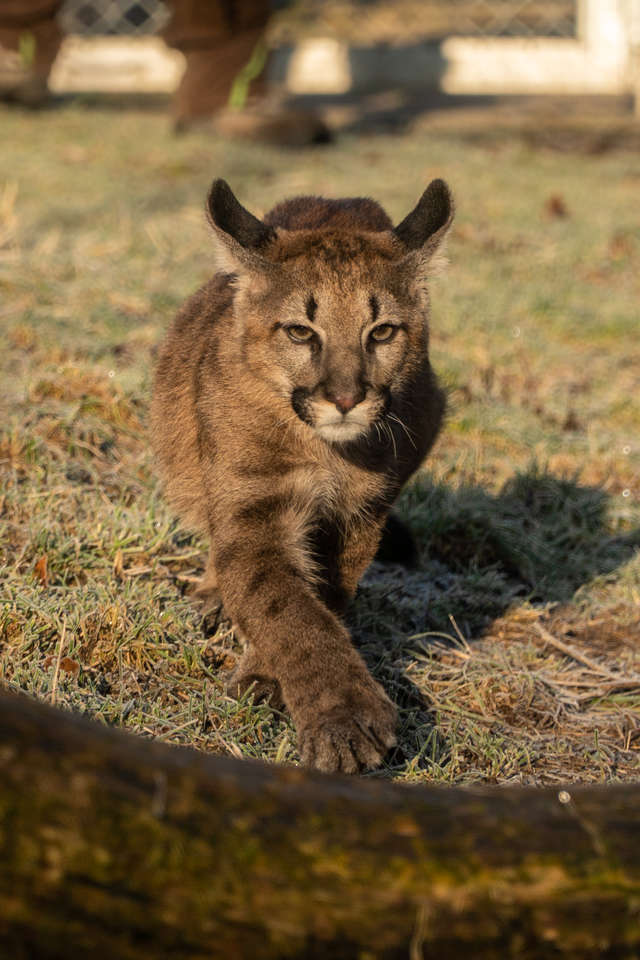 “More and more wild animals are being found in questionable environments,” Kieran Harkin, head of Wild Animal Campaigns at Four Paws, said. “Nobody really knows how many big cats are kept in living rooms or backyards. The current legal situation is beyond deficient and leads to the fact that countless numbers of animals are kept in absolutely inappropriate circumstances.” We should struggle to save this particular specie on earth.