Cats make great companions. Baby cats need more help so that they can survive every day. For abandoned animals, all they have is their instinct to survive. It’s already fortunate if a human comes to the rescue and give the abandoned ones a chance to live. To care for an abandoned kitten, start by holding it against your body to keep it warm, since being too cold can be life-threatening to kittens. Once the kitten is warmed up, put it in a box with a towel-wrapped heating pad set to low. Then, feed it every 2-3 hours, using a bottle and giving it kitty-formula cat food. We are introducing a poor and small kitten picked up from the streets. However, he contracted an eye infection and his rescuer decided that she can no longer take care of him. She dropped him off at the vet clinic . We think that it was the end of Gozer’s story, but luck was on Gozer’s side as a genuinely kind-hearted person willing to help this needy animal.

When the vet took a look at Gozer, he didn’t push through with euthanasia because he knew that the eye infection can be treated. At this crucial time, Gozer only needed someone who genuinely loves him and someone who won’t hesitate to give some tender care and attention. A Reddi user su2rnint2ndo was working at the clinic that time when the poor kitten was brought in. When she saw Gozer, she immediately fell in love and the kitten felt the same way. Su2rnint2ndo became Gozer’s owner and she tried her best to get him better soon.

Gozer the cat was only three weeks when he suffered from a serious eye infection. 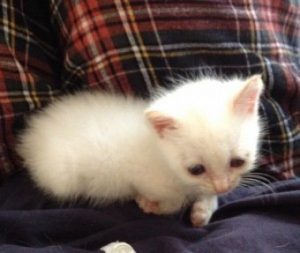 He got it from the streets before his rescuer picked him up. 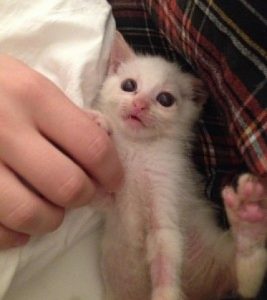 Gozer’s rescuer wouldn’t want to spend for his treatment and she decided to turn him over to the vet for euthanasia. 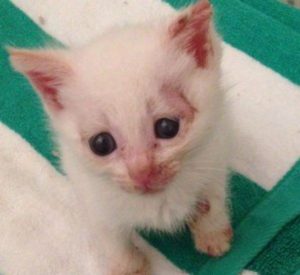 It’s been two years since Gozer found a new life. It was fortune for him that he was given a second life. 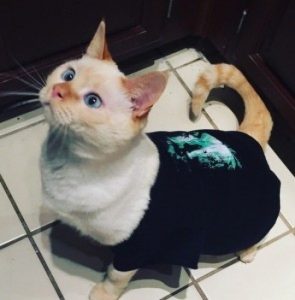 It’s obvious how happy Gozer is now that he’s living with people who love him unconditionally. 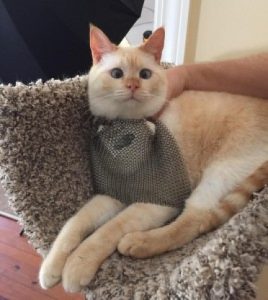 Gozer has also grown up to be a loving cat, who is friendly with other animals. 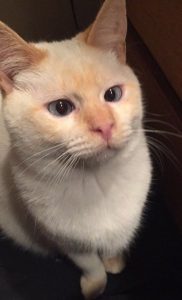 Gozer looks Goofy and his new family says he likes to make funny faces. He’s quirky and that’s special about him. 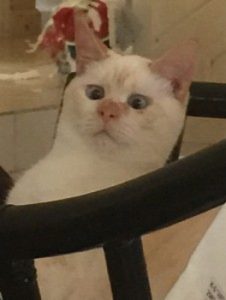 Share this lovely story with your friends and family!