Japanese work culture is at an extreme. As the boundary between work hours and personal lives become murkier, the social pressure to perform grows. Many people in Japan actually “can’t sleep” because of stress they experience at their jobs. That’s according to the results of a recent survey about the health and nutritional habits of Japanese people, published by the Japanese government’s Ministry of Health, Labor and Welfare. The survey indicated that they sleep less than six hours a day. Doctors typically recommend that people receive eight hours a day of sleep in order to stay healthy.

According to a survey, the average Japanese worker spends approximately 53 hours per week working but a significant percentage – about 15-20 percent of the workforce, works more than 60 hours a week. The results of this survey show that Japanese people, like many people around the world, have too much to do, too much work, and too little time to relax and enjoy their lives. That is the main reason why the percentage of Japanese who are stressed at work is very high. 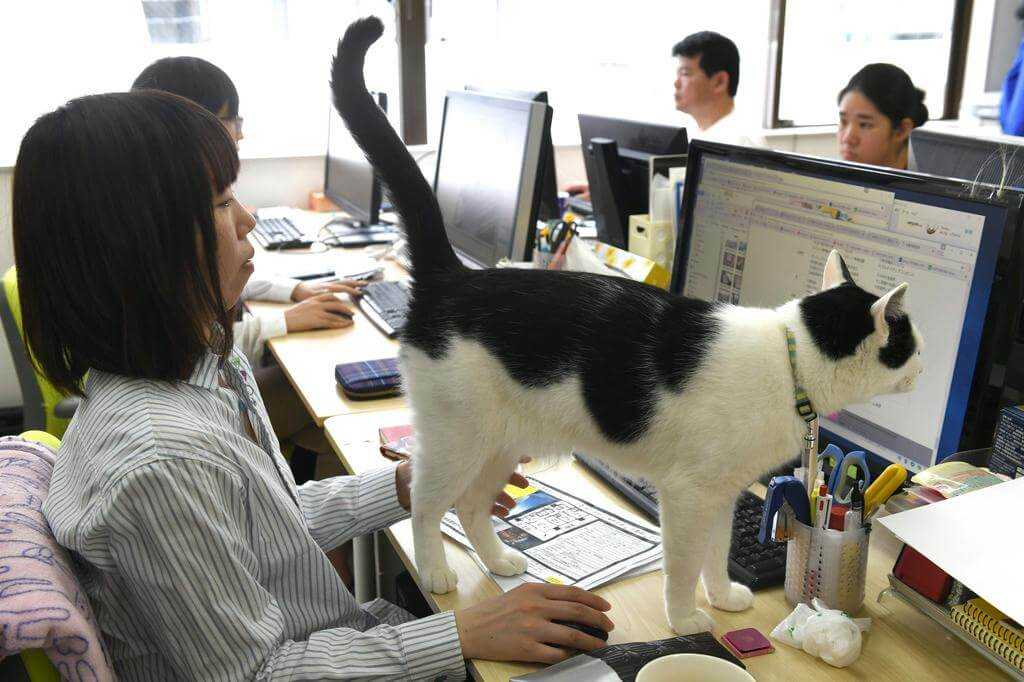 When work stress increases, it can lead to severe health problems such as heart disease and metabolic syndrome. As a result of this kind of dangerous environment of the work places, a new stress-relieving practice has emerged. Introduced by Ferray, a company in Japan specializes in IT, a “kitty policy”, that allows employees to bring in their own cats at any time to reduce stress and fatigue of working for long hours. it sounds very helpful as we know that cats are friendly and cute creatures which attracts attention, and make you happy too. 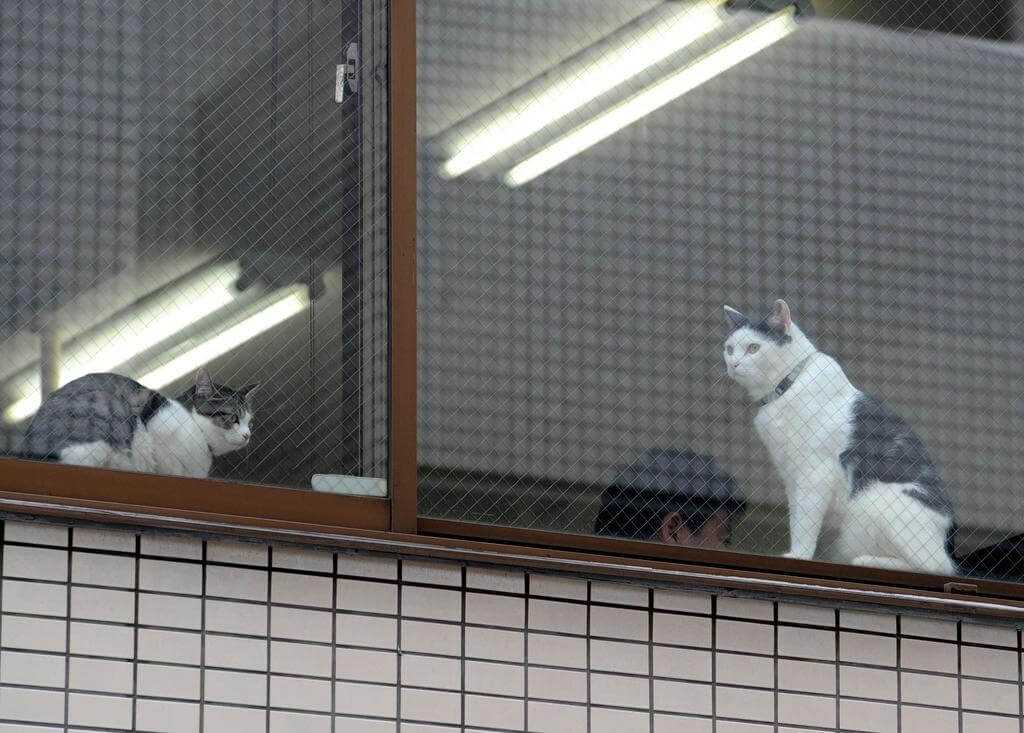 Hidenobu Fukuda, head of the company, introduced the famous kitty policy in 2000 upon request from one of his employees. He also suggests them to adopt cats from shelters and streets instead of buying from the pet stores. His rare idea really worked out. “I launched an ‘office cat’ policy. It allows employees to come to work with their cats. I will also give ¥5000 (S$62) for those who want to take in a rescue cat.” Hidenobu Fukuda said. 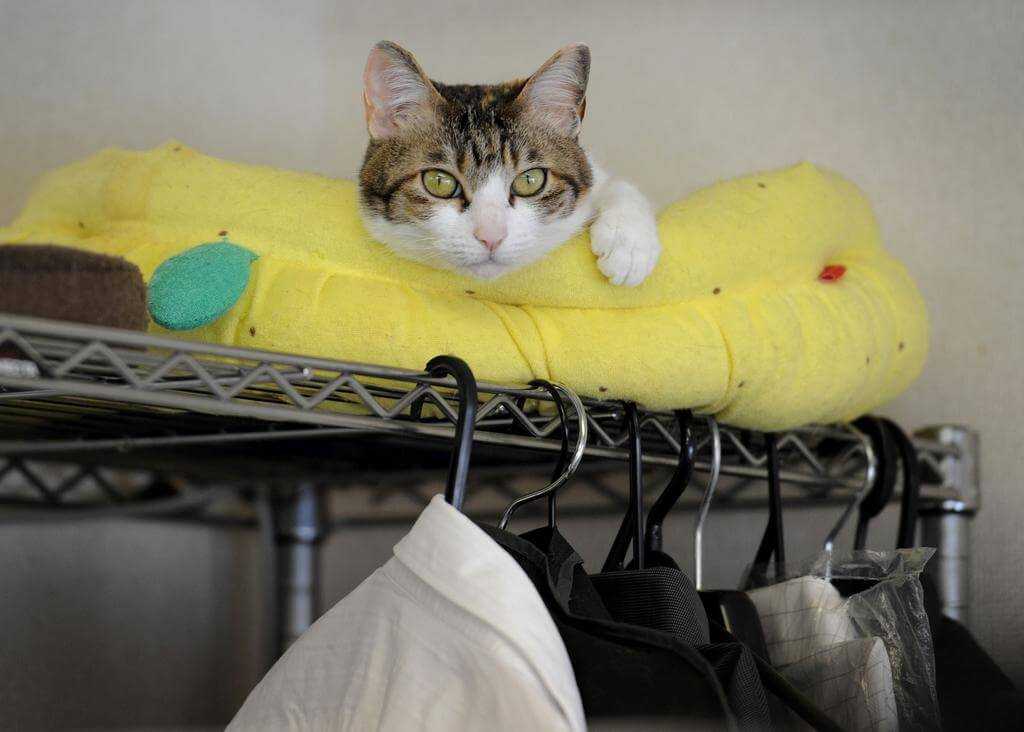 The employees use to bring their lovely cats to the office to cheer up in the hour of need. Besides, the company also adopts nine adorable cats who are allowed to freely roam around in the office and do whatever they desire. It’s a good idea to help staffs to relax for some time but these little friends bring some hurdles in their work. “Sometimes a cat will walk on a phone and cut off the call, or they shut down the computers by walking onto the off switch,” he stated. 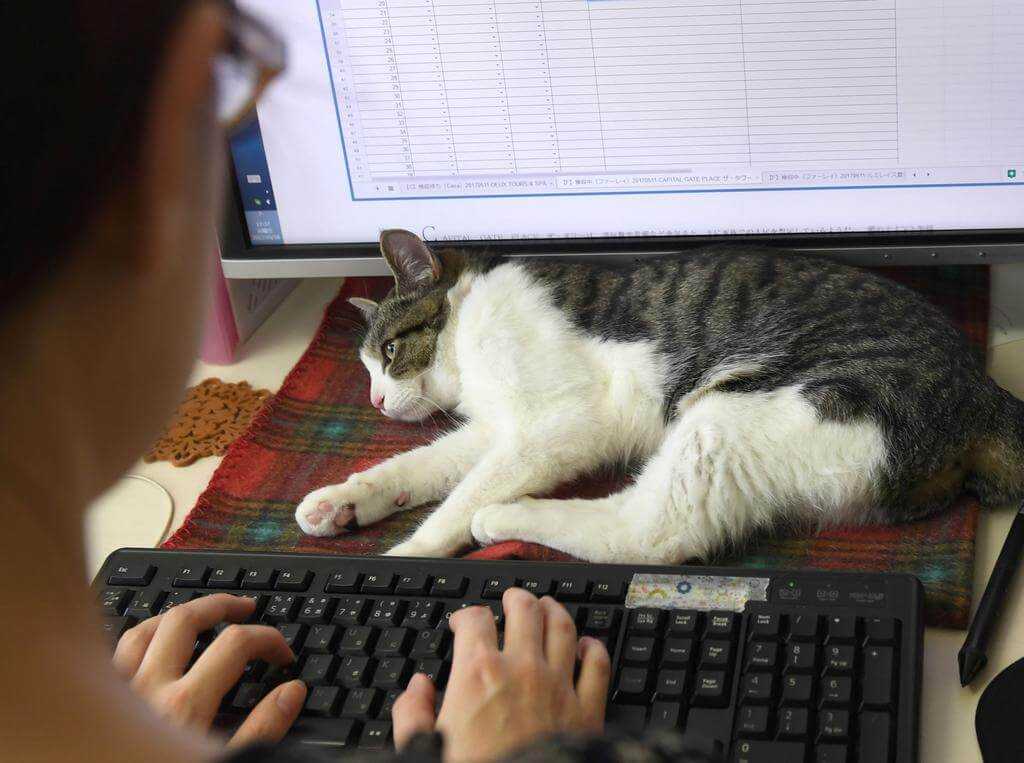 Ignoring the small issues these adorable animals are proved to be helping hand and soothing machines for the tired and stressed workers. These magical cats bring a smile on their weary faces and make them fresh for a while. The workers forget everything and feel themselves better before. This policy has later adopted by various  companies to do the same, even cat cafes are popping up on every street. Just have a look at these little balls of joy, and be fresh! 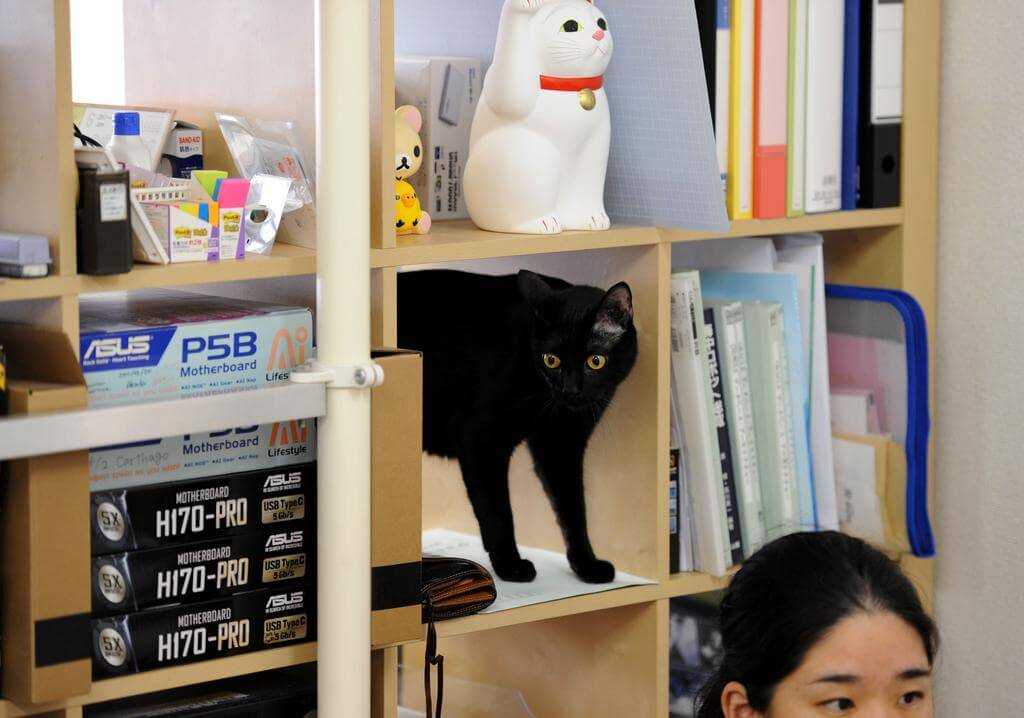 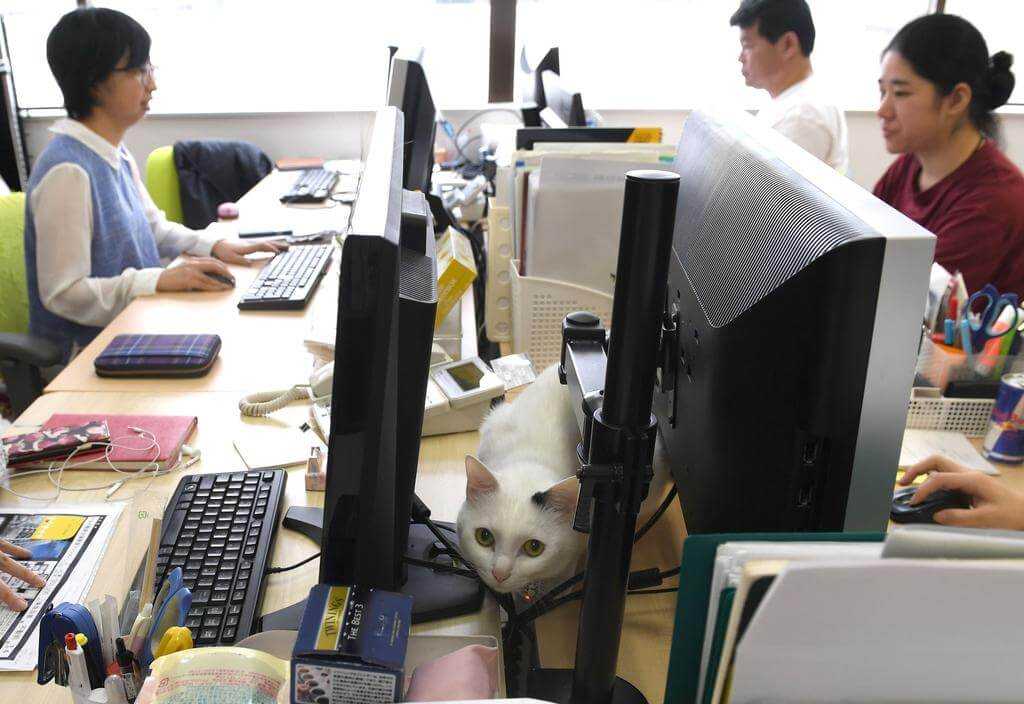 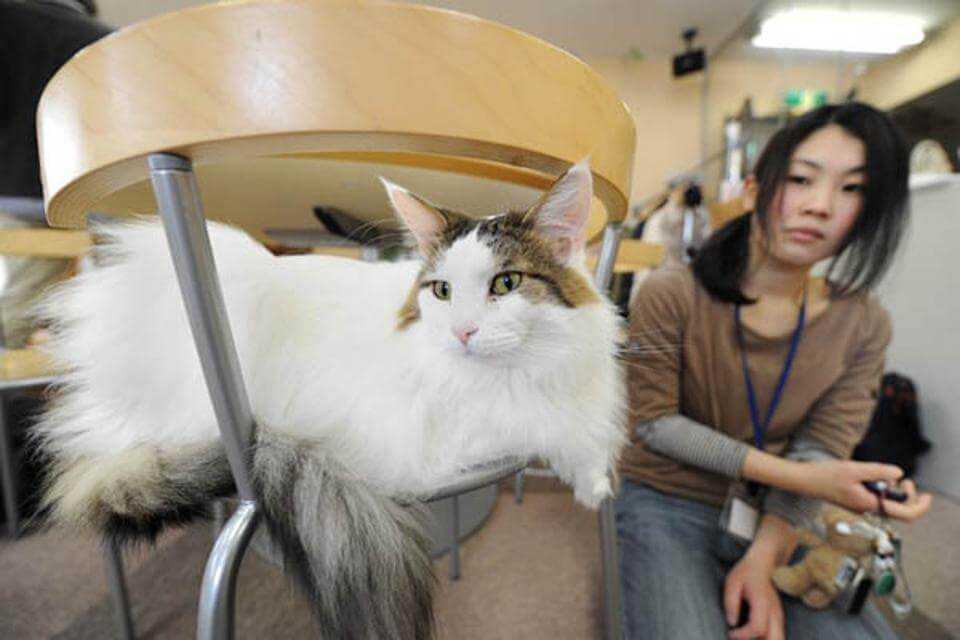 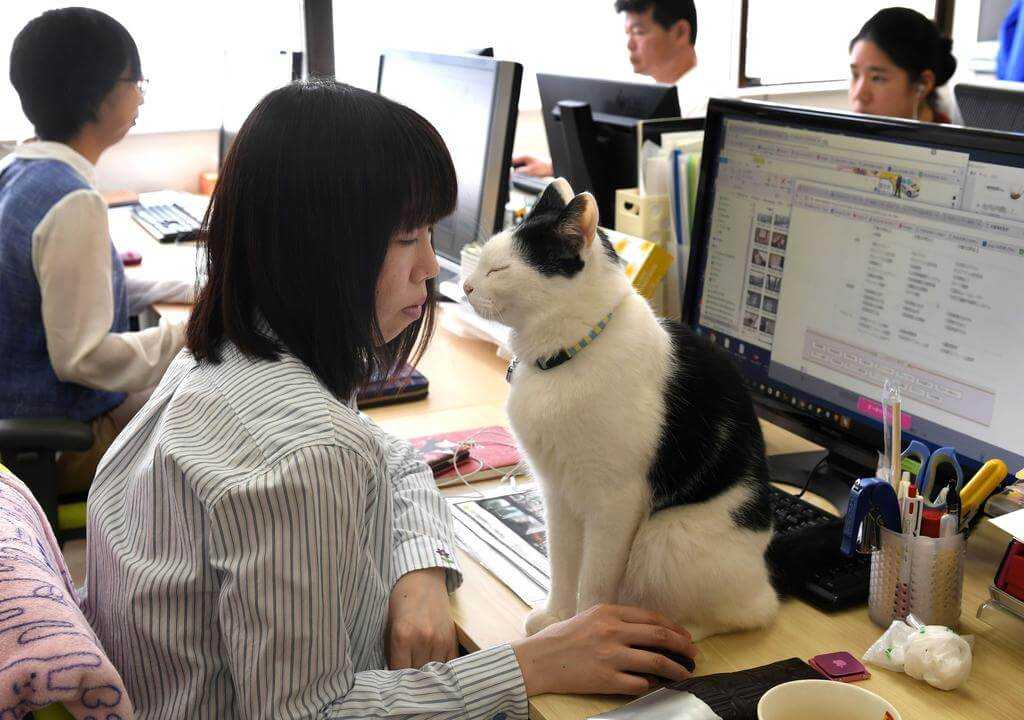 A Japanese company is encouraging people to bring their cats to the office to help them cope with stress and fatigue pic.twitter.com/EnA4RSNsyI