Ducks can make wonderfully entertaining companions in or outside of the home. They are surprisingly clean to live wit and will bond with their humans more completely than most other pets can. They have friendly nature. A dog and duck pairing seems good most of the time. There are many instances where ducks became best friends to their dog friends and spend time together.

This affectionate duck, played the role of mother when it saw a puppy shivered from cold on the street. Some beautiful images became viral on social media which show a duck hugging a poor puppy on a street. The puppy was believed to be abandoned by its mother shortly after birth on the street and it was shivering badly due to the cold weather when the duck found it.

The photos were popular on the internet after a user posted them on a social media. According to the post, the user initially thought that the duck was going to attack the puppy after seeing it staying close to the puppy. This is lovely and surprising to see such a close bond of two different species.

In the scene, the duck did not hesitate to save the puppy from the cold and to keep it warm with his wings 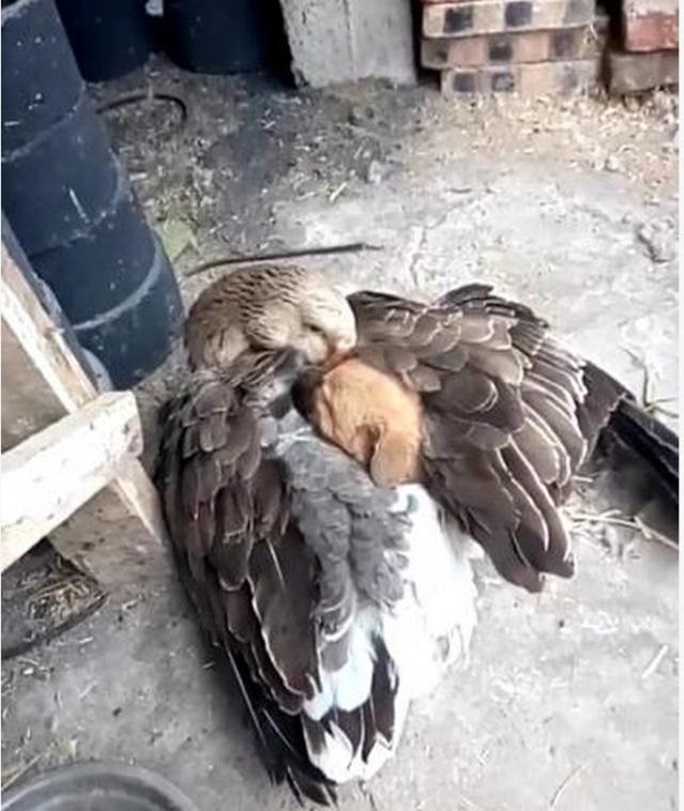 The duck later used its beak to pet the puppy and kept it warm under its wings, the puppy feel warm and asleep in its embrace 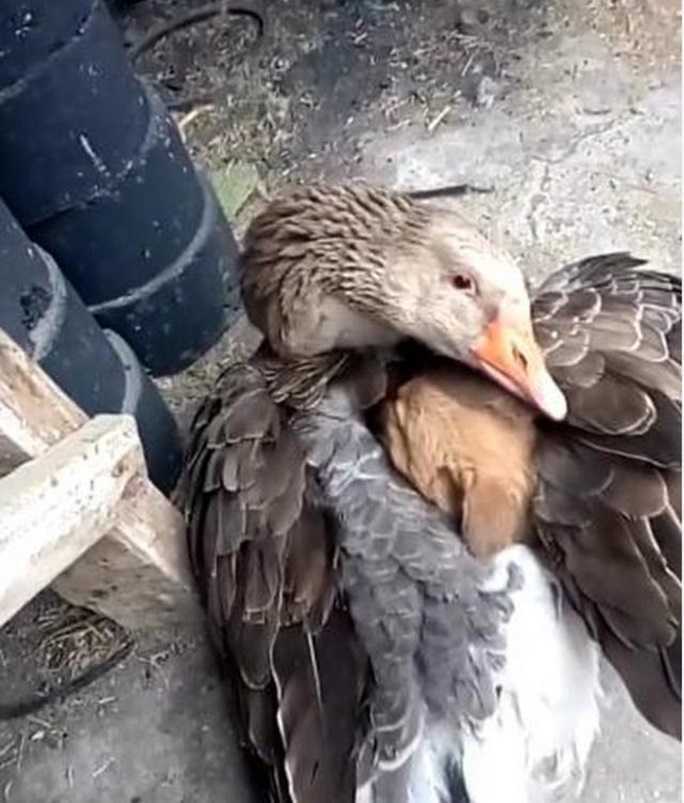 Check out this adorable video below