Sometimes, to find yourself you have to lose yourself first. Daria Pushkareva had a successful career in Moscow but her ‘workaholic’ approach to life was making her miserable day in and day out. All of this, however, started to change when Daria began devoting her time and money to animals in need. 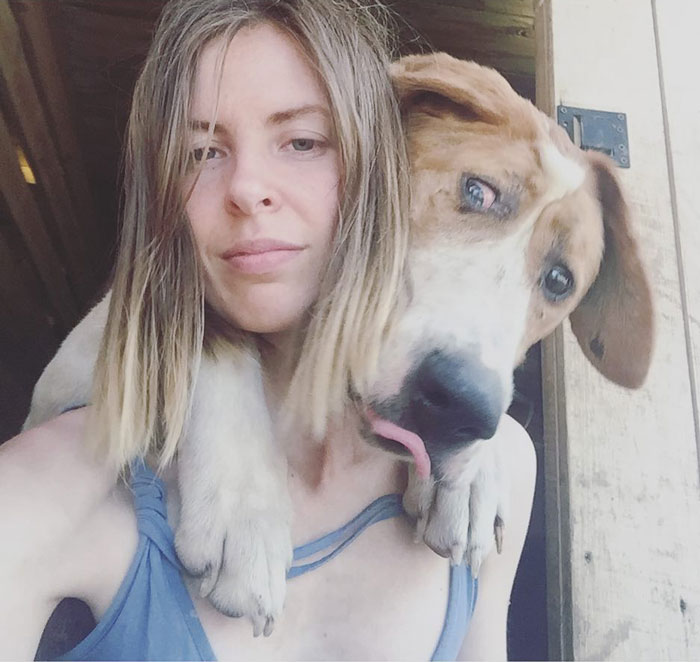 “I was one of the top five Moscow wedding photographers,” Daria Pushkareva told Bored Panda. “My clients were, for the most part, elite businessmen and politicians. Very intelligent and very cultured; they’ve definitely changed my perception of wealthy Russian people for the better.” 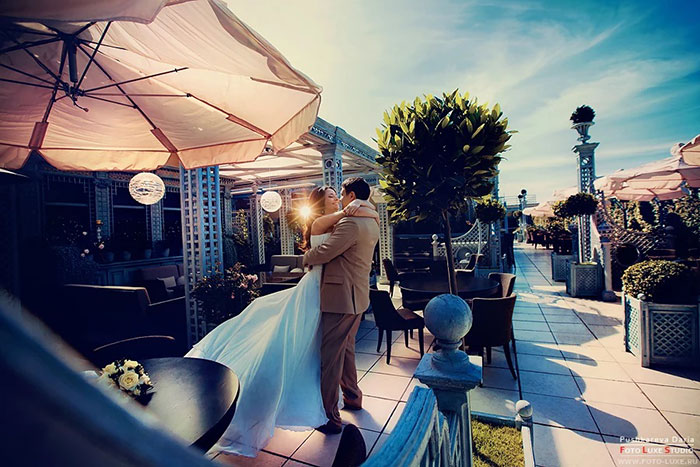 “Prior to being a photographer, I had worked six years in moviemaking. I’ve contributed to creating TV films and series and am very proud of the full-length feature I’ve worked on as well. My entire movie production life resulted in being exhausted, working 15-hour shifts without a day off for two weeks at a time.” 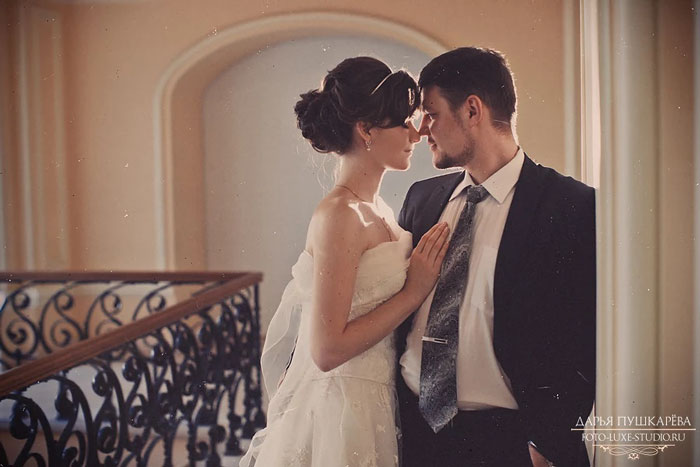 “I became a photographer because I wanted to reduce the intensity of my life. I invested all of my money into photo equipment and master classes to perfect my skills. But ended up in the same place. No vacations, simply not giving myself neither the rest nor the holidays I so desperately needed. I shut myself away at work and the only joy I had came from producing impressive photos. I realized that I was a workaholic, always preferring doing or creating something to any form of relaxation.” 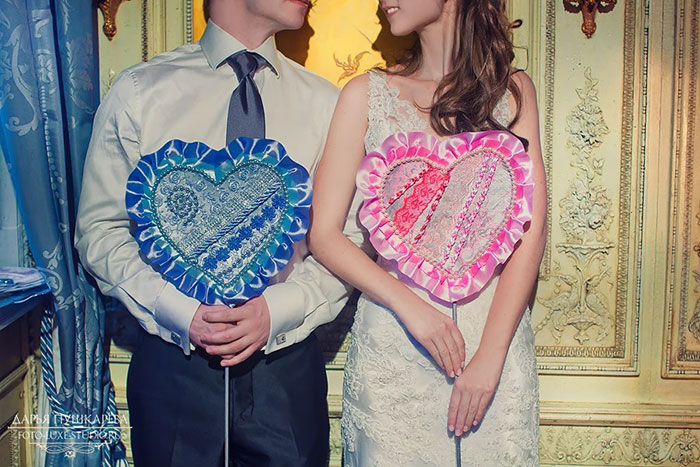 “I then remembered my childhood when I and my classmates were talking about future professions and I said that I wanted to run a dog shelter. Growing up without a father, my mom worked really hard, so I didn’t have a dog at the time, it would’ve been too much. My mom understood that getting me a dog eventually would have become an additional weight on herself.”

“It was a long time before I got my first dog. When I was in moviemaking, I got deeply involved in aiding the animals; I donated my money and volunteered on an internet forum, managing such things as finding dogs therapy and accommodation and raising funds. I had no free time then, so this was the best I could do.” 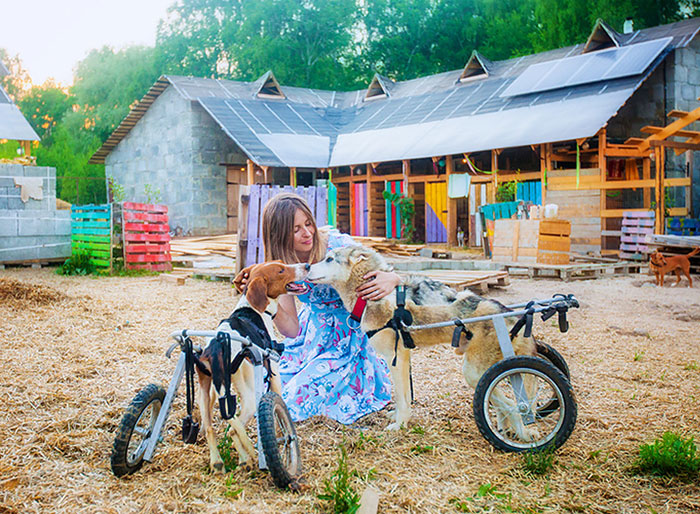 “One day, I saw a piece about a shelter puppy without an eye. It needed 10K rubles ($150) to book a visit to the ophthalmologist. I met a volunteer to give her the money for the dog’s treatment in person and she told me, “Thank you, but we can’t take her to the vet. There’s no one to do it right now.” 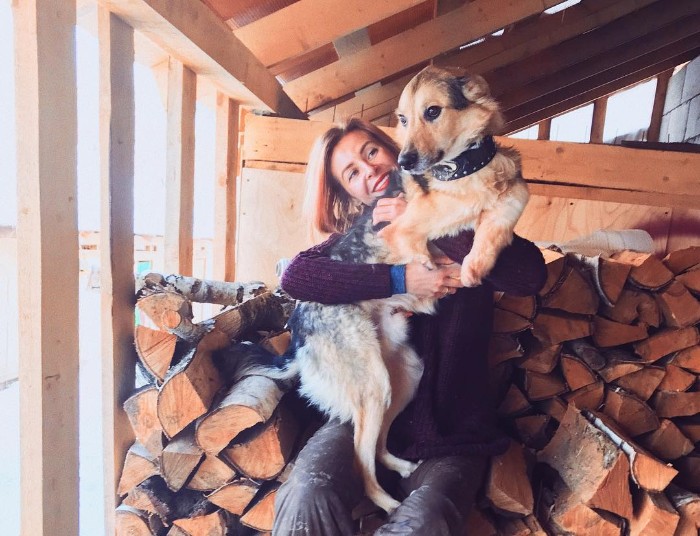 “I was there with my husband. We exchanged a few glances and I said ‘We might as well do it ourselves.’ At that point, everything became clear and simple. The owner of the shelter came and placed the flea-bitten furball onto my lap while I was sitting in the car. I looked at her asking, ‘Is this a puppy?’” 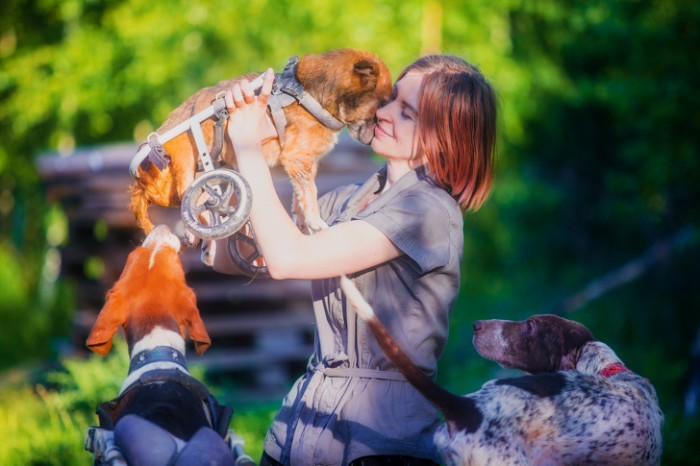 Soon, the couple started rescuing one dog after another. “My husband and I wanted a seventh dog. One that was in such terrible condition, nobody would take it. There wasn’t a dog like that in Moscow, but there was one in Krasnodar. When I spotted it in an e-catalog, I immediately felt its eyes looking directly at me. We took the 7-month puppy home and the same night it started pinning our six quiet and calm dogs to the ground. The midnight fights wouldn’t end, so we took it to a dog trainer – but it didn’t help. It would howl, demolishing the apartment and even act aggressively towards us. It turned out that the dog had a craniocerebral trauma, that would give him all sorts of mirages, and it could’ve attacked in a blink of an eye.” 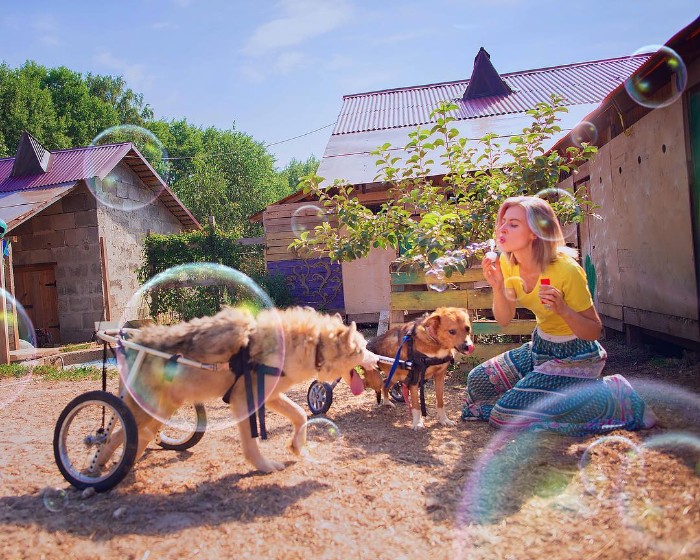 “At that point, I was afraid to leave the house, even for filming,” she confessed to Bored Panda. “The dog was attacking us, going directly for the neck and face. It’s huge, too. When I called the cynologist, he said, “Listen, this has to be the end. Call the police and let them shoot it. My husband knew what had to be done. He took a blanket, luring the dog to the hall. After some back-and-forth, he successfully threw the blanket on its head, pressed it to the flood and muzzled it instead.” 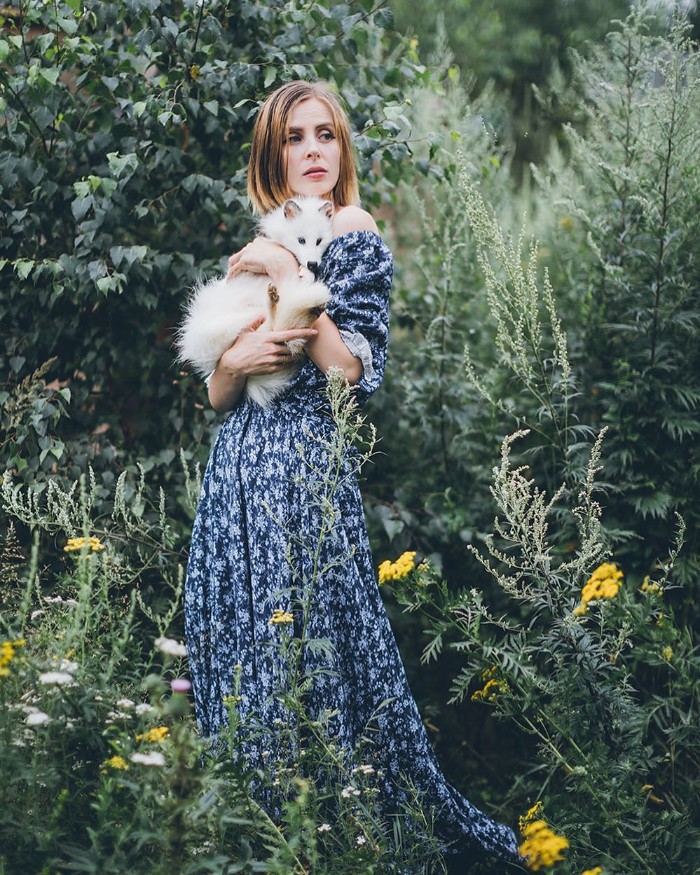 “Later, the dog specialist called us and asked gently, ‘Well, is everyone alive?’ I said yes and asked if I could give the dog to the handler for another attempt to educate it, train it, and get rid of its aggression. He said that even if it went through extensive training, one little detail could make it snap, any unforeseen stressful situation could force it into a breakdown and end up with innocent victims. So I asked if there was anything I could do to make the dog happy. He suggested giving the dog away, somewhere outside the city with a lot of space. TO GIVE THE DOG AWAY!” 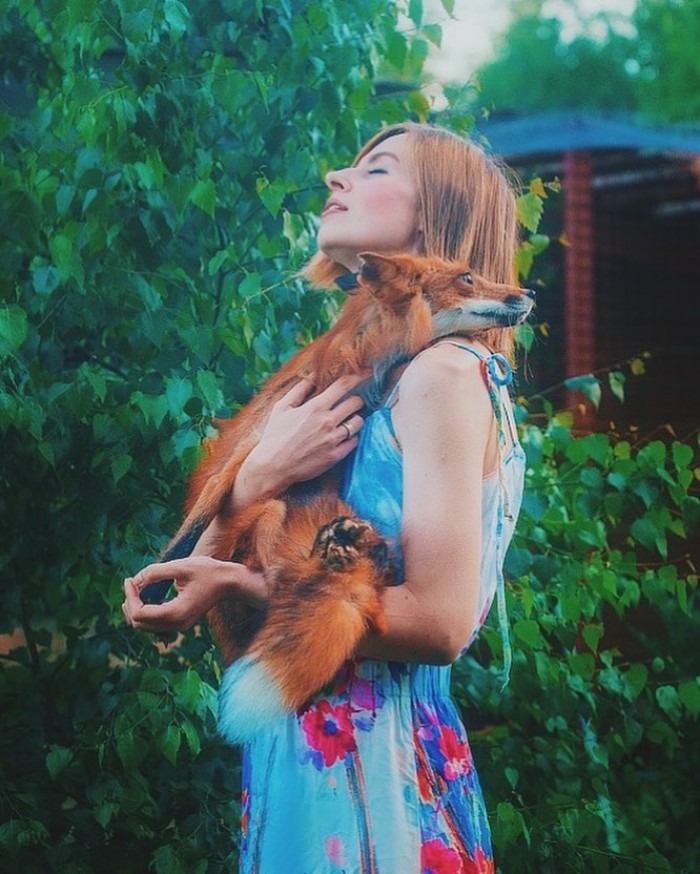 “Then and there, we took out two loans and bought a country house 160 km (100 miles) away from Moscow and moved there with our dogs. We built six enclosures for our rescue dogs and began living completely new and different lives.” 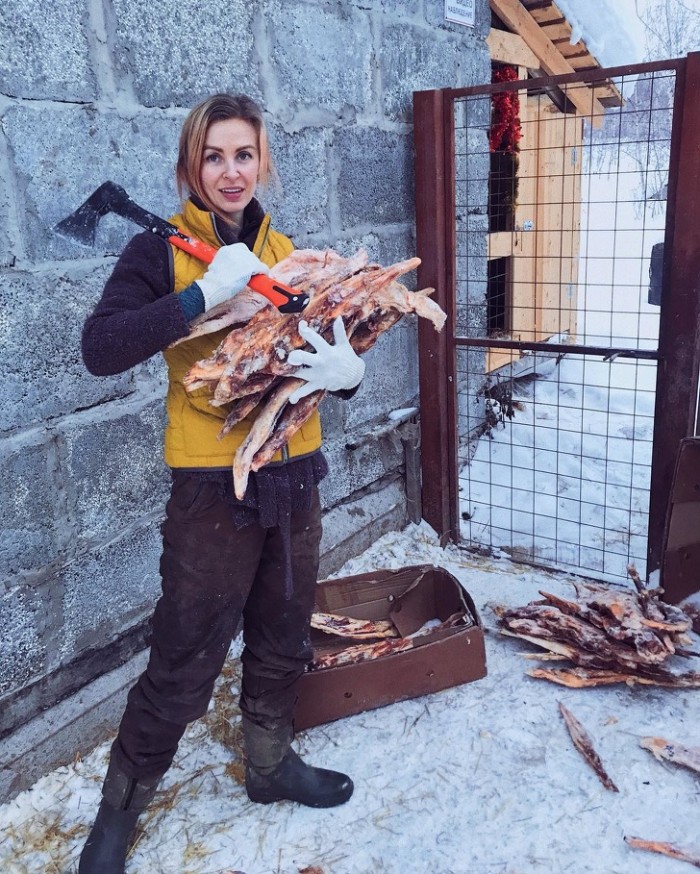 “However, I wouldn’t consider our household a shelter. In fact, I even feel offended if someone calls it like that. A shelter is a place where new volunteers and other people contribute to the wellbeing of the animals that are constantly moving in and out. We, on the other hand, have our own dogs, we love them and devote our lives to them. To us, they are family members. They’ll remain with us forever and we do not want to give them away to anyone.” 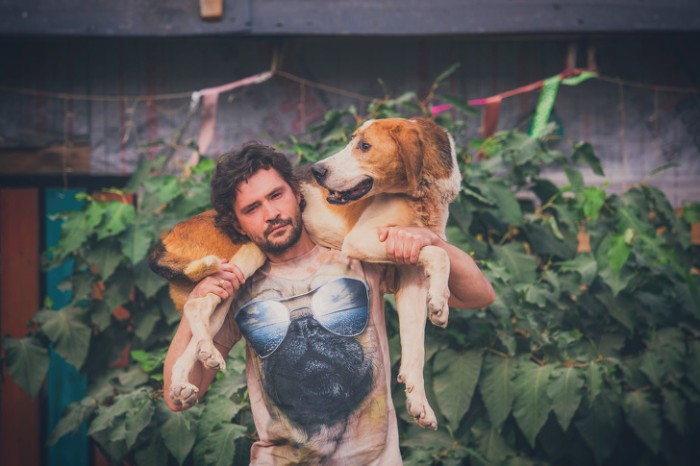 “I understand, there are few who might take in dogs that have attacked women or children, and even fewer might leave the city and move to the countryside to take care of them, but we’ve said goodbye to a comfortable life and are fine with it. I finally feel that I’m not wasting my life but spending my time meaningfully. I’m helping these animals and am sincerely enjoying it. I know I can take responsibility in taking care of them, but if we’d give them to someone else I’d be worrying if they could give them as much space, food, and love.” 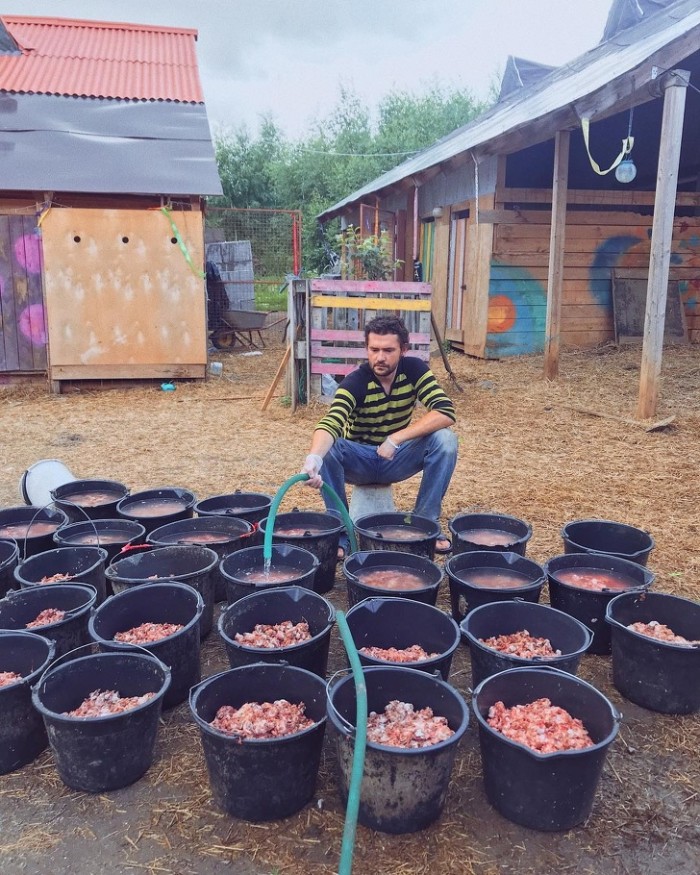 “We’re living on agricultural land with our dogs. Four years after settling in, we have hot water, a toilet, and these things were made possible only by our friends. We spend all of our finances on the animals, and there is never enough money to ensure human comfort. Good thing we don’t need much of that to be happy.” 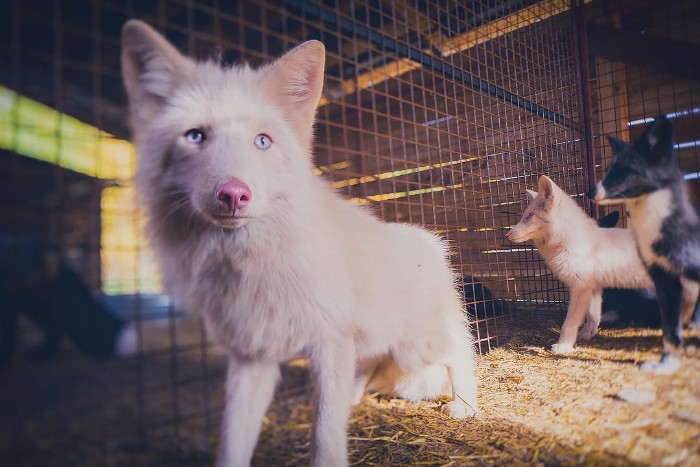 “We haven’t been looking for dogs ourselves for quite some time now. Other people have been constantly contacting us! Usually, they tell us there’s a dog who needs help or else it’ll be euthanized and there’s no one to take it home. Not a lot of people are ready to bring in an aggressive or a seriously hurt dog and that’s understandable. They need a lot of time and attention.” 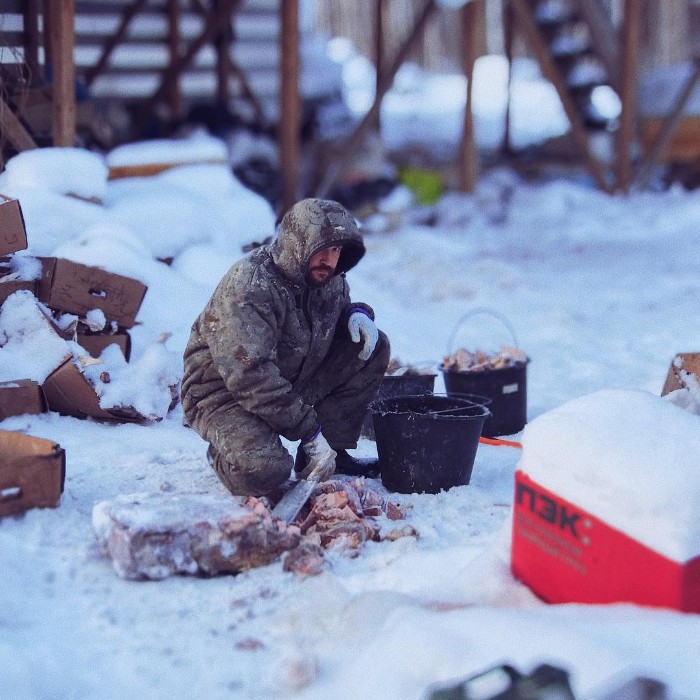 “Once, I came across a girl volunteer and we became good friends,” Daria told Bored Panda. “As we were having one of our conversations, I heard her say, ‘Well, my foxes…’ I interrupted her, ‘Stop, wait a minute,’ I’ve said. ‘Foxes?’ I learned that she had two rescue foxes and that foxes could actually be saved. Of course, I didn’t think that fur coats were growing on trees but I didn’t know that it was possible to officially save someone from becoming a fur product.” 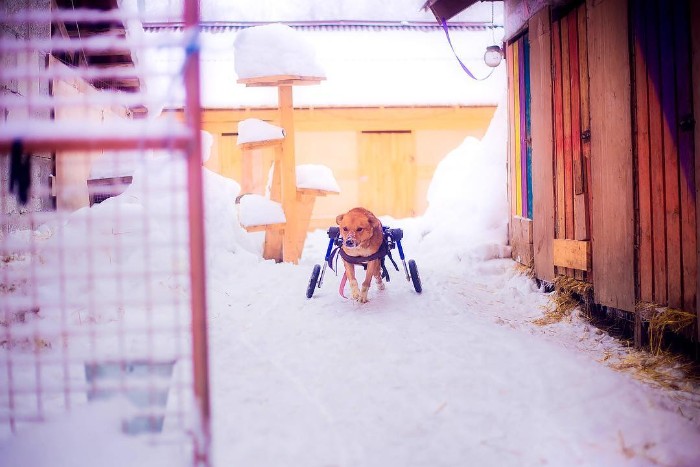 “I wanted to save foxes as well and after I told her that, I received a phone call one month later. There was a chance to buy three fox pups. So I did.”

“I then saw an ad on social media about a raccoon without a paw that was looking for a new home, and I was very moved by it. I started reading all kinds of information about raccoons and fell in love. Long story short, it turned out to have seven brothers and one sister, and we just had to take all them to live with us.” 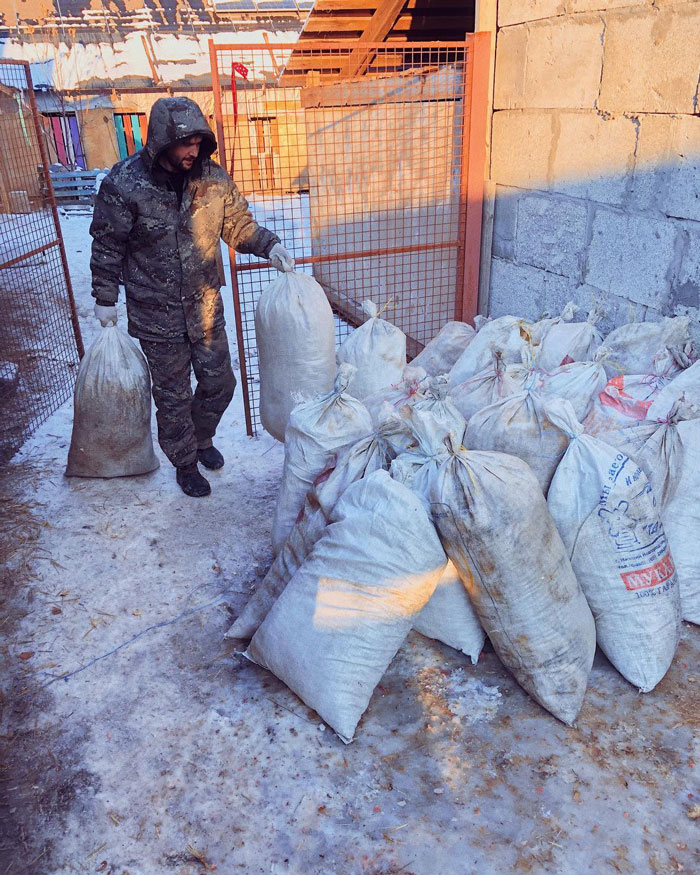 “When we began building a special place for them to live in, we noticed that the foxes needed some extra as well. In two years, the number of fur-bearing animals we’ve rescued (foxes, arctic foxes, and raccoon dogs) has reached a hundred. And of course, we take care of them all by ourselves, too.” 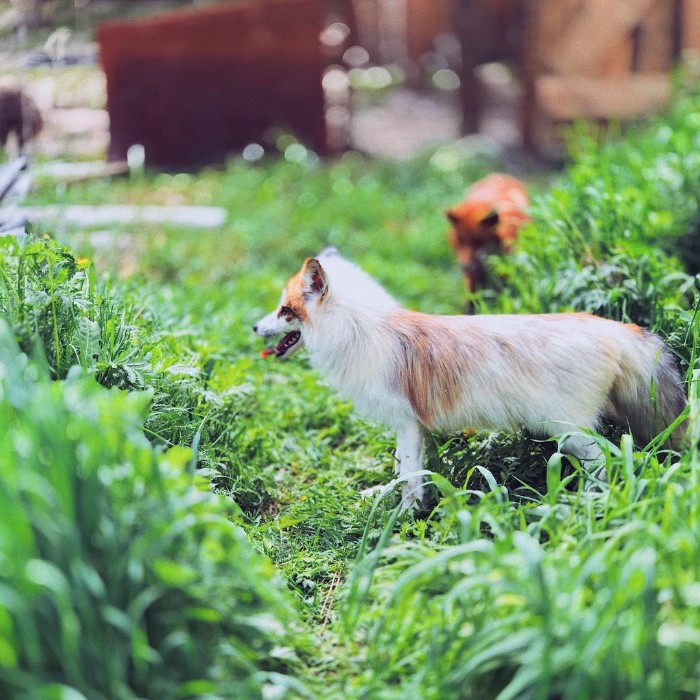 “Over time, we’ve come to know how to handle difficult animals and developed veterinary experience. These things have allowed us to save many animals. Currently, however, we’re not taking in new ones. I’ve come learn how to weigh my physical, financial and other capabilities, and that’s the best I can do now.” 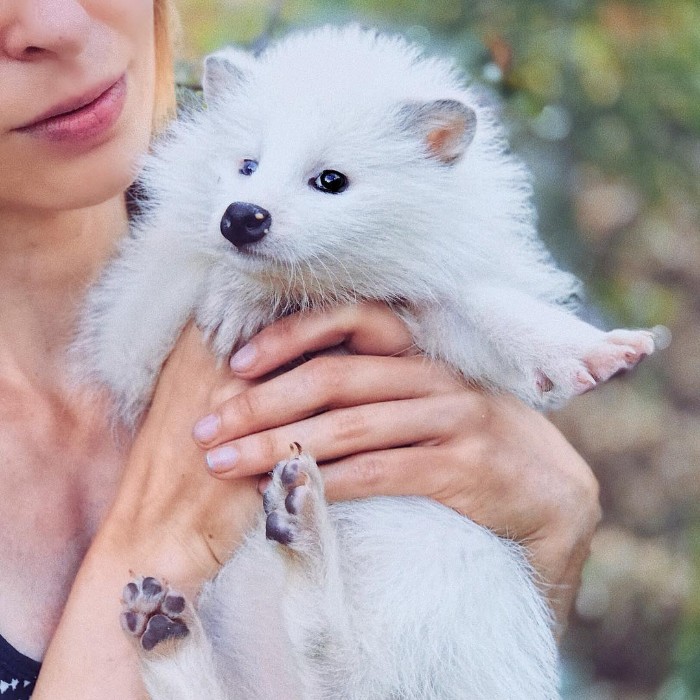 “Even the amount of animals that we currently have was a little unexpected. Last fall, a dog came over to our side of the fence, and after we took it in, it turned out to be pregnant, giving birth to seven puppies.” 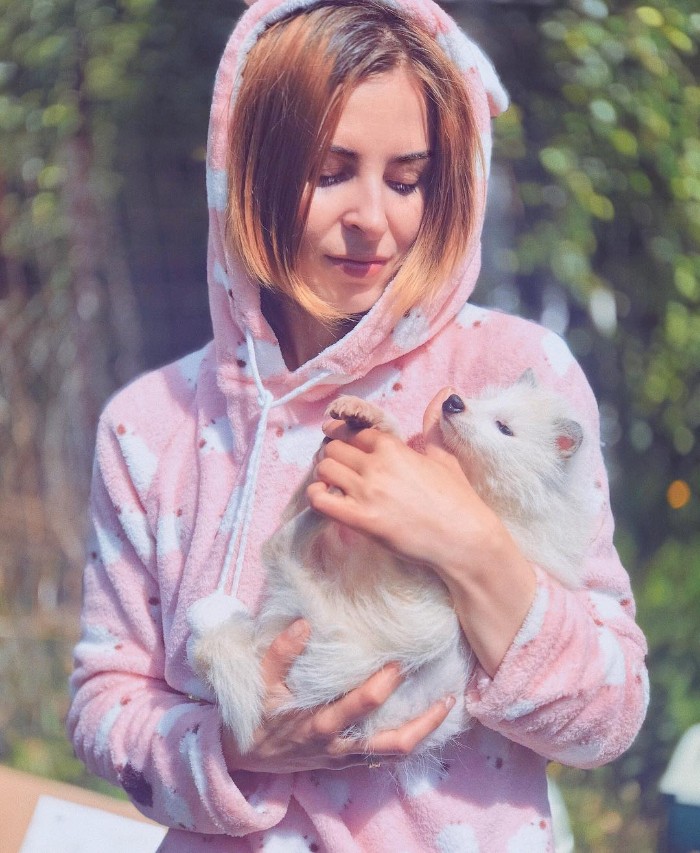 “Our typical day looks like this. We wake up at sunrise and we feed, walk and provide the animals with all of the necessary treatment they need until the sun goes down. We clean their living spaces, arrange their food, give them water, and simply interact with them. I take a lot of pictures and videos of them and post them on Instagram. I strongly believe that teaching a good attitude towards animals is very important. Even those with disabilities can lead happy lives. And foxes can be born not only to become someone’s clothing.” 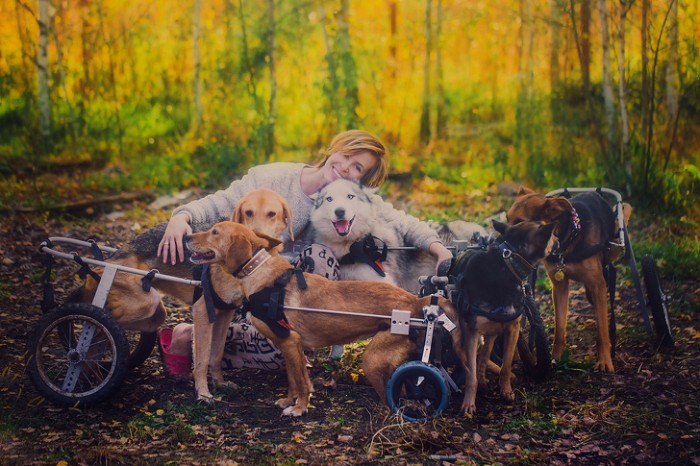 “The load is large, especially in the winter. The days become shorter, blizzards and freezing temperatures don’t help either. You have to wear a lot of clothes to keep warm here. In the summer everything is much easier.” 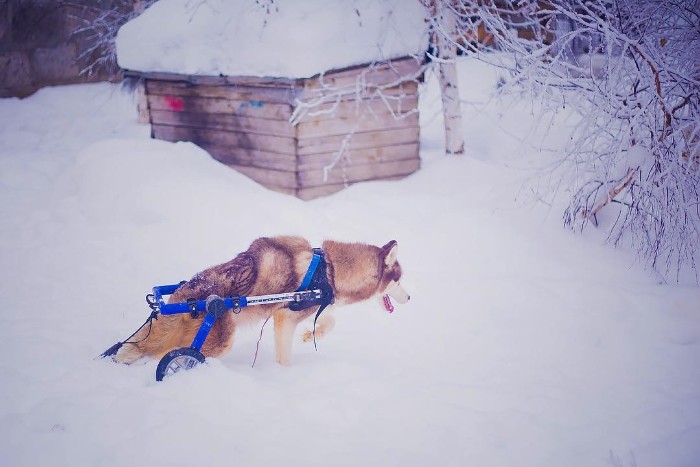 “Me and my husband aside, we have two employees who are here almost seven days a week. Sometimes, other people come by if we need urgent construction repair work done. Because we live outside the city and there’s not much of civilization around us, we do most of the stuff with our own hands.” 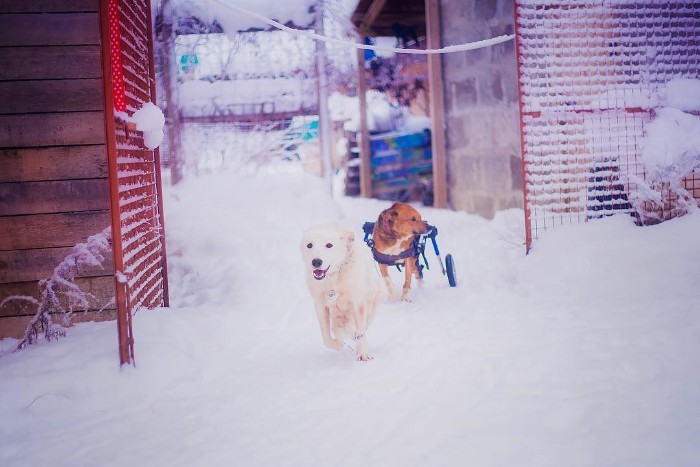 “Talking about money, of course, it’s difficult. In total, we need to feed about 200 animals, and we feed them healthy, balanced diets including meat, fish, poultry. We do not spare money for their food. We also have to provide them with medical care, pay the people who work here, and take care of ourselves (we’ve installed solar panels and a generator, but also need gasoline which is expensive).” 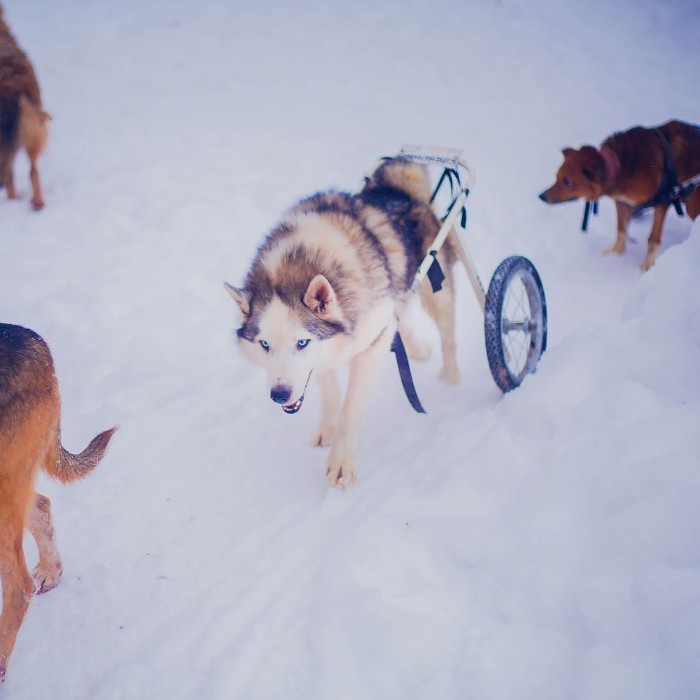 “I find time to work as a freelancer, mostly retouching photos, but our friends really help us out a lot. Some raise money to pay the employees, some donate as much as they can whenever they can. I am eternally grateful to them! We don’t have any sponsors, and we don’t expect any of them. My principle of living with animals is that they’re your responsibility.” 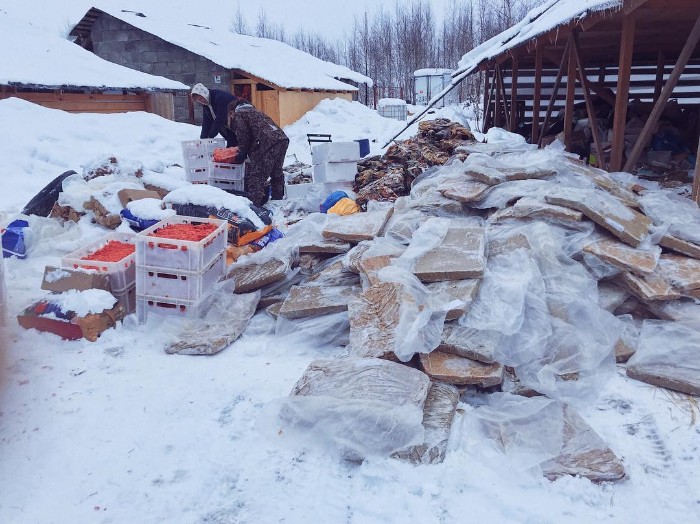