Ginger cats are always cat owners’ favourites, because they are perceived as friendly and lovable. Ginger cats or orange cats are very popular felines, though they’re not usually acknowledged as a distinct breed. Cats are usually very cautious of new comers into their living areas, and it takes some time for them to get use to each other. Meet this friendly ginger cat Evin.  When Jesse Ryan brought Minnie home, his own cat Evin greeted the newcomer warmly. It has accepted the new kitten.

Evin and his little doppelgänger never leave each other’s side. Actually, it’s the kitten who is being clingy most of the time, but Evin doesn’t seem to dislike her by any ways. In fact, he enjoys Minnie’s company very much.
According to Jessica Ryan. the two cats become good friends and the reason for this is because: “Minnie clung to Evin and gave him no other choice! They nonstop wrestle, play and snuggle. They also clean each other after meals. They’re best friends. We have another older grey (grouchy) cat named Tunie. They love to harass her, chase her and smack her butt when she walks by.”
Here are some adorable pictures of the two felines. 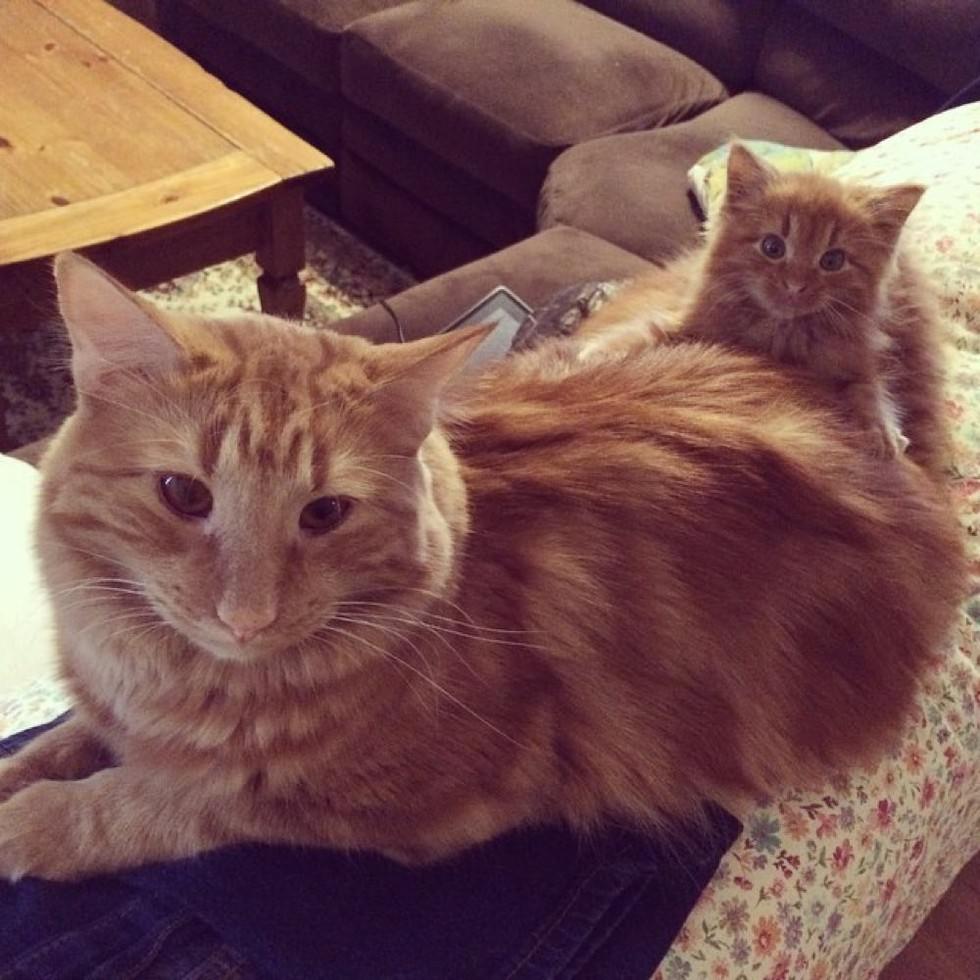 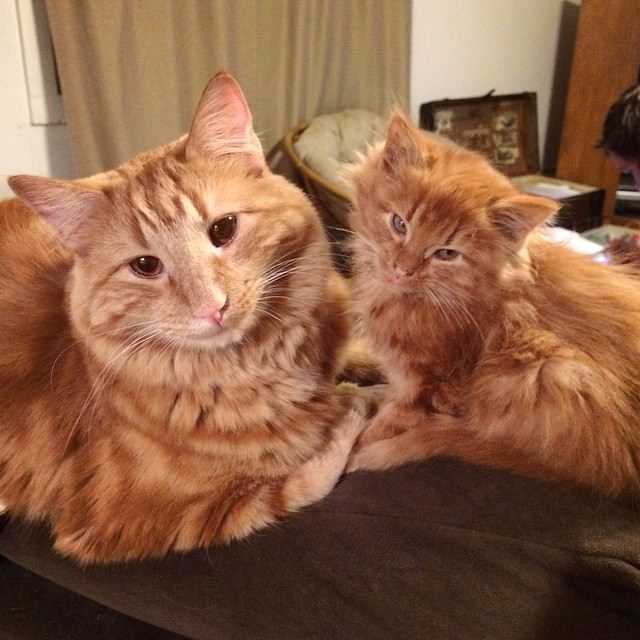 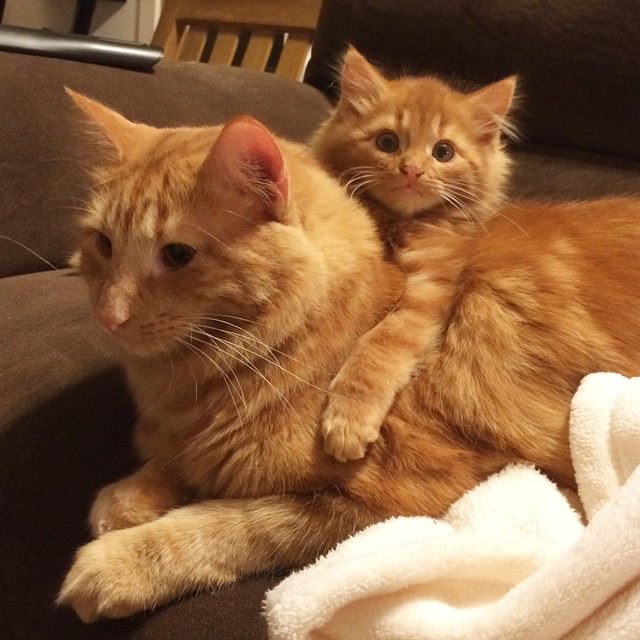 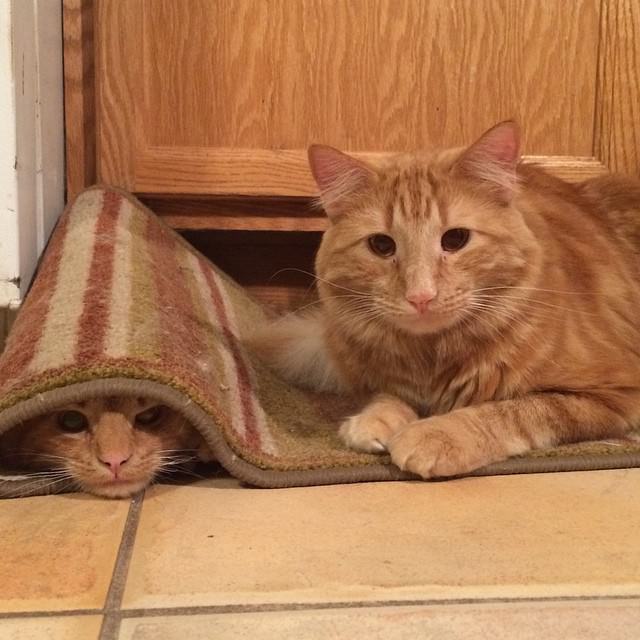 Jesse brought Minnie home from the dairy farm he works at. 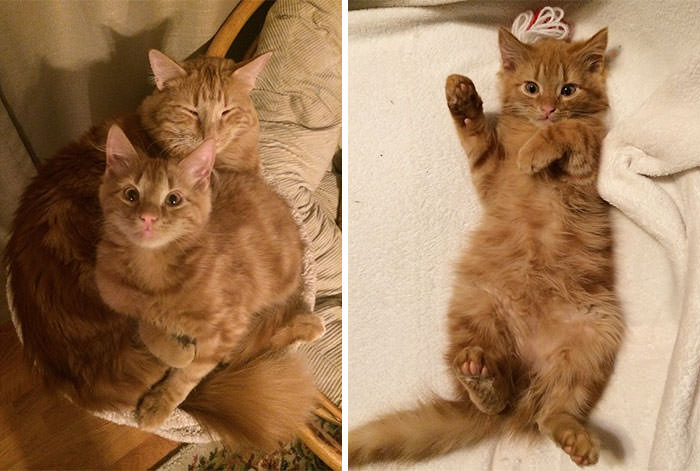 “Evin and Minnie hit it off right away!” 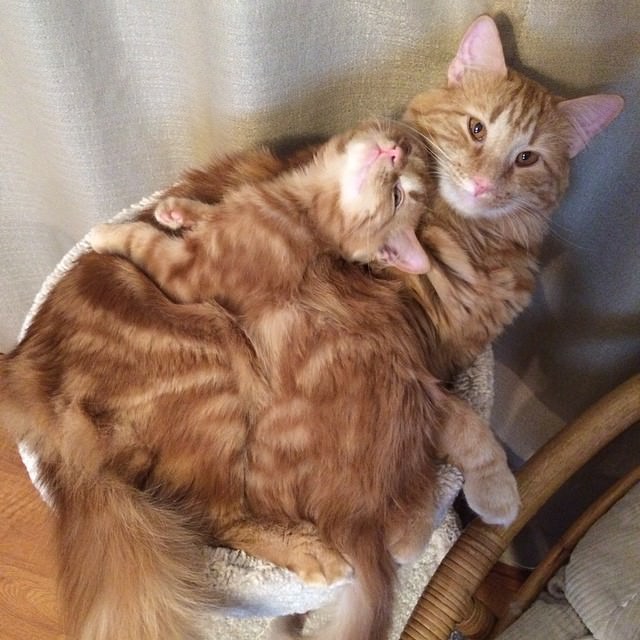 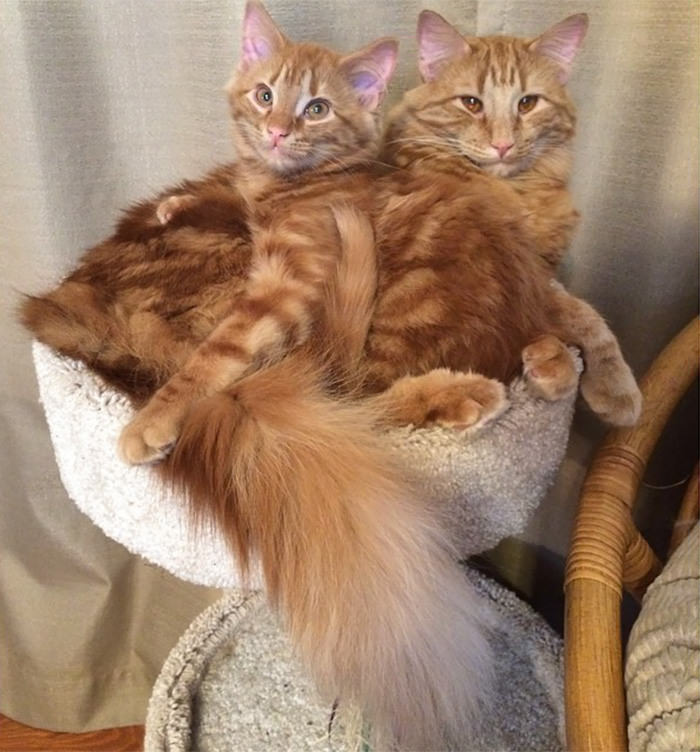 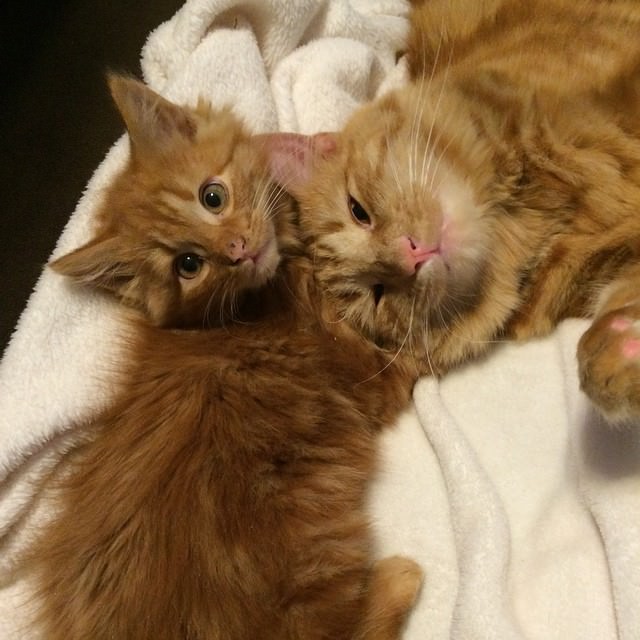 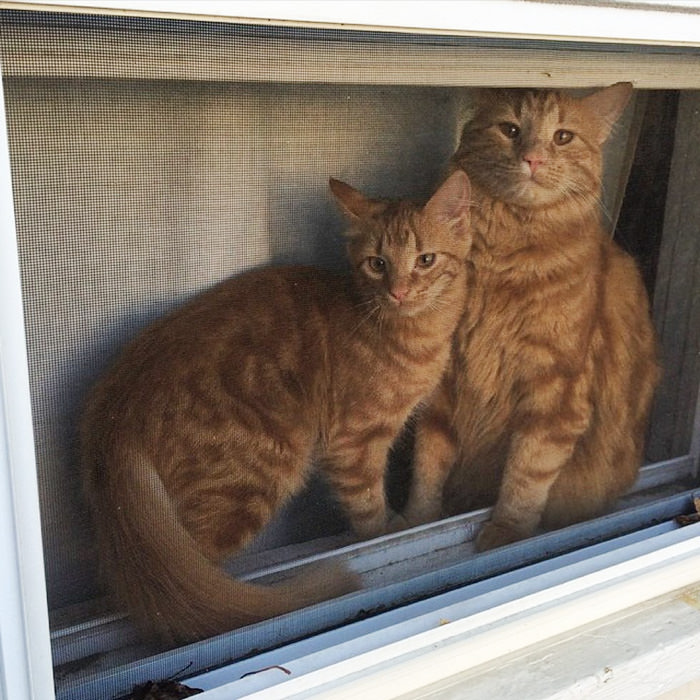 “I think mainly because Minnie clung to Evin, and gave him no other choice!” shared Jesse. 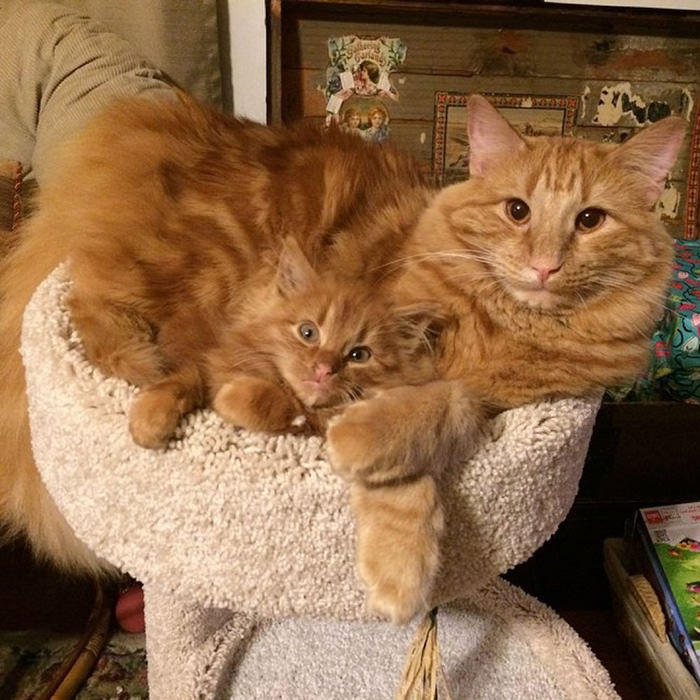 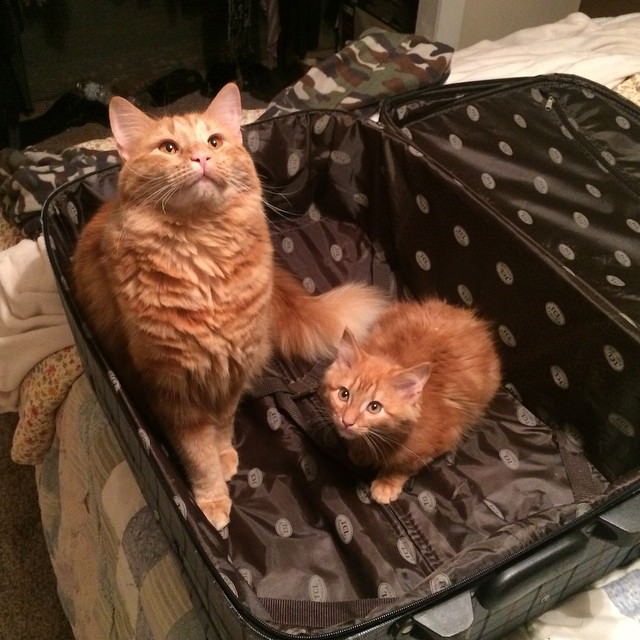 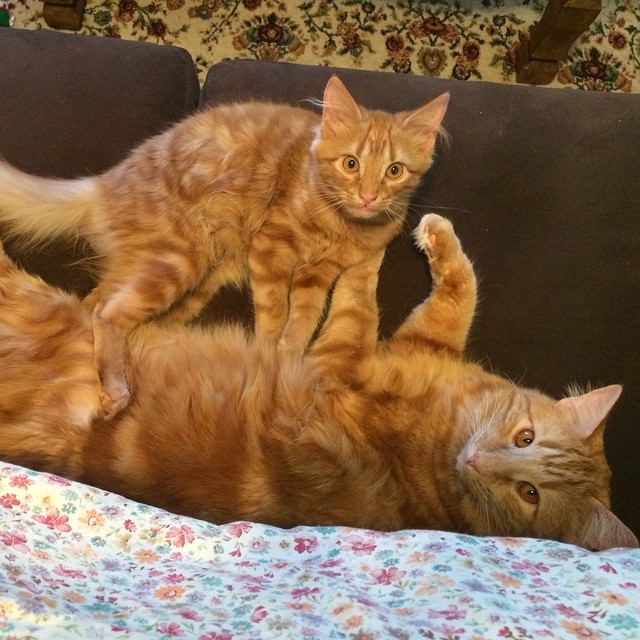 Jessica thinks that Minnie felt attached to Evin because both are alike. 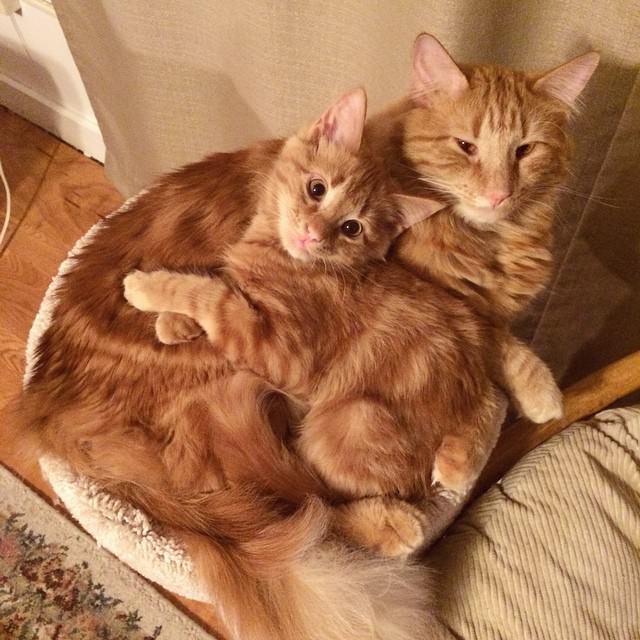 “They nonstop wrestle, play, and snuggle.” 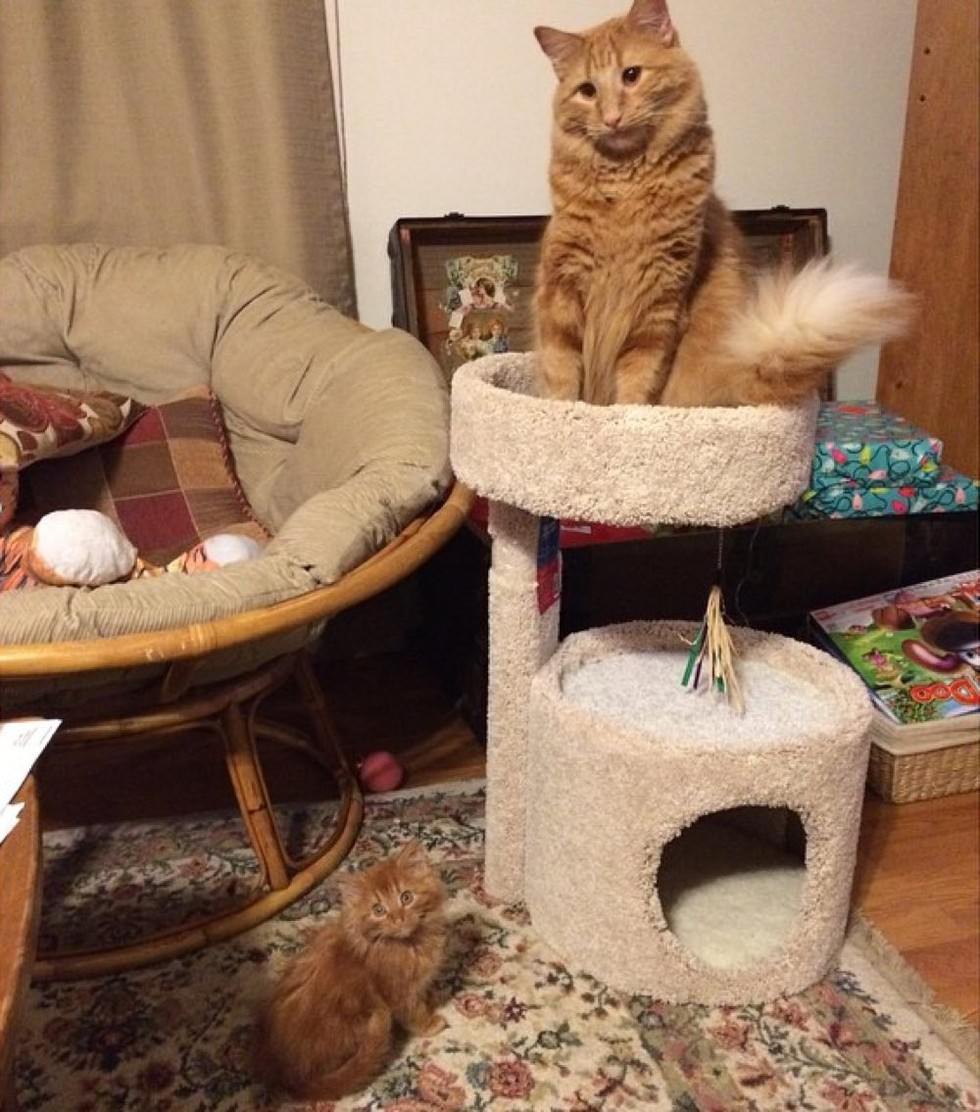 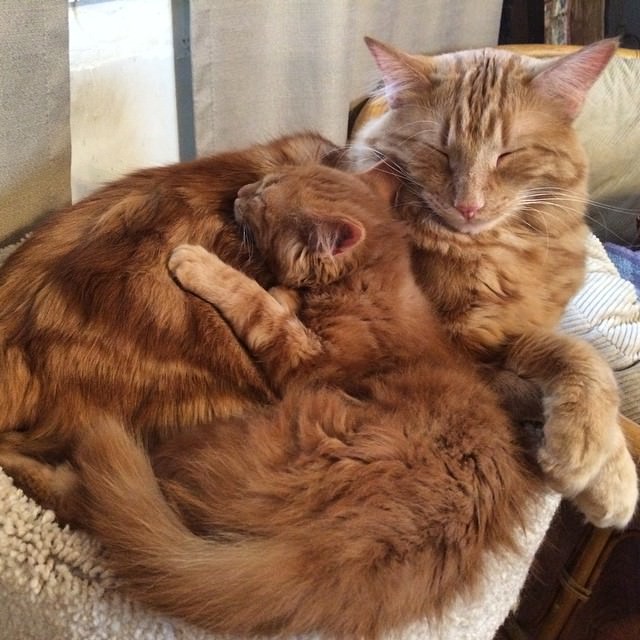 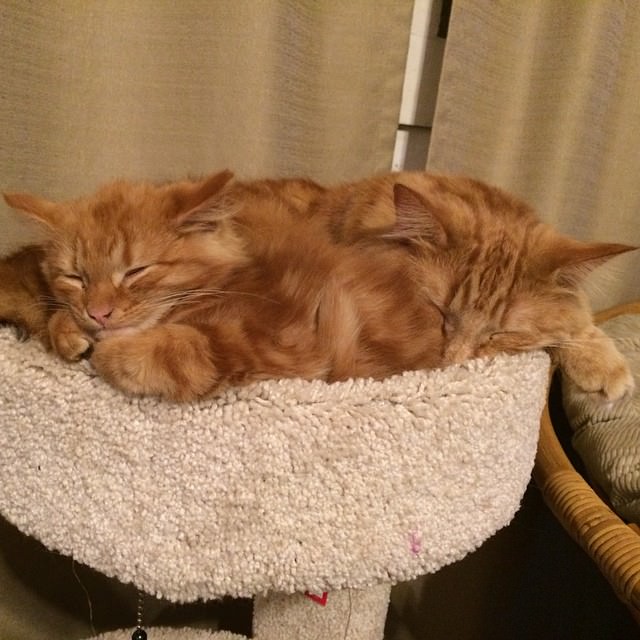 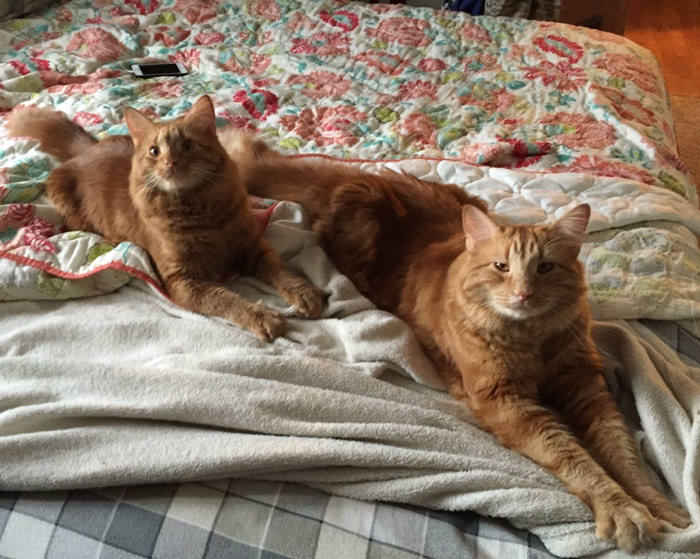 “They also clean each other after meals. They’re best friends.” 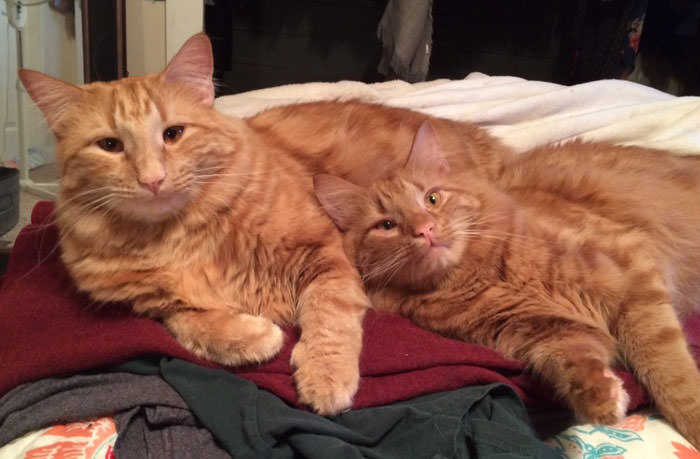 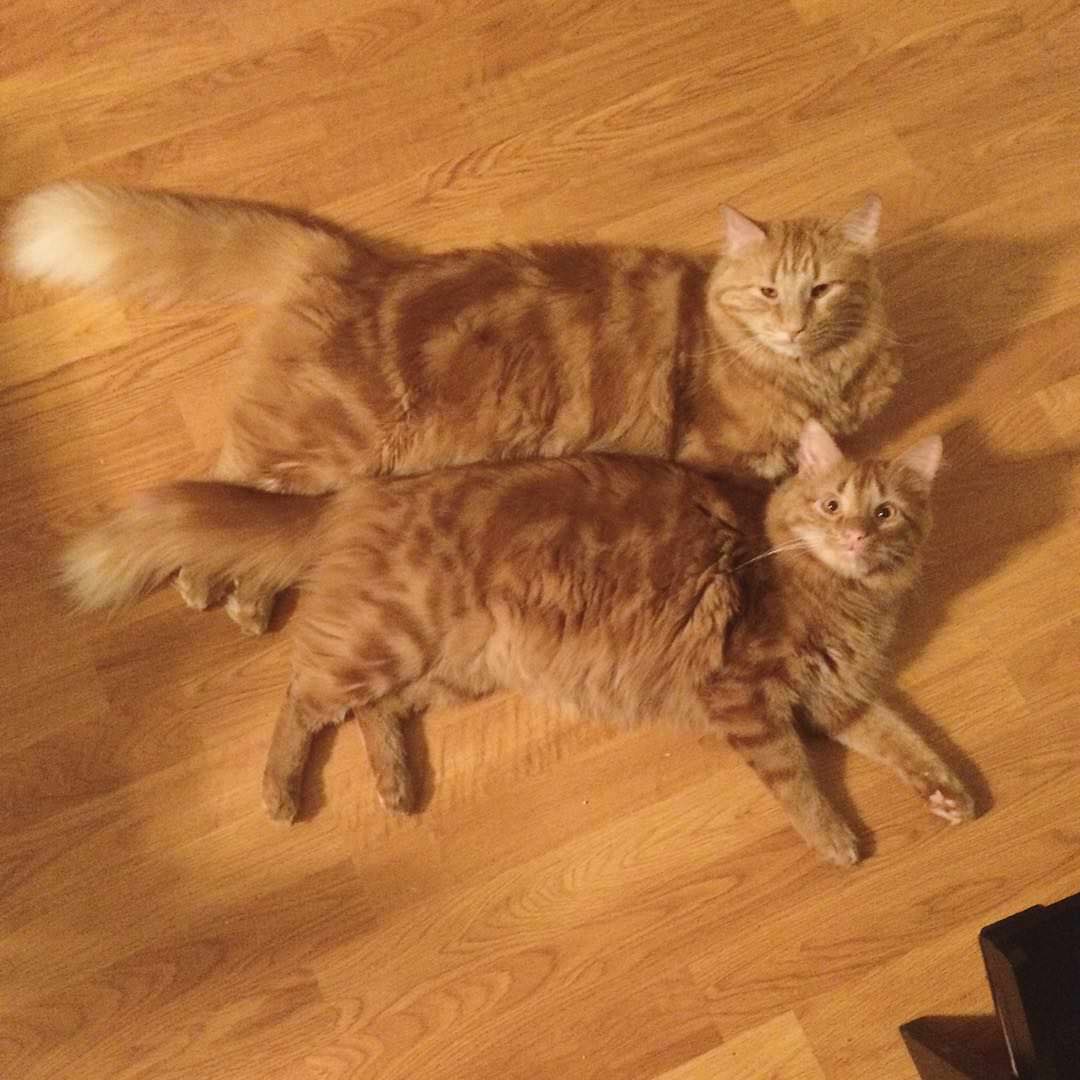 “Evin and his Mini-Me are amazing. They bring so much joy to our house.” 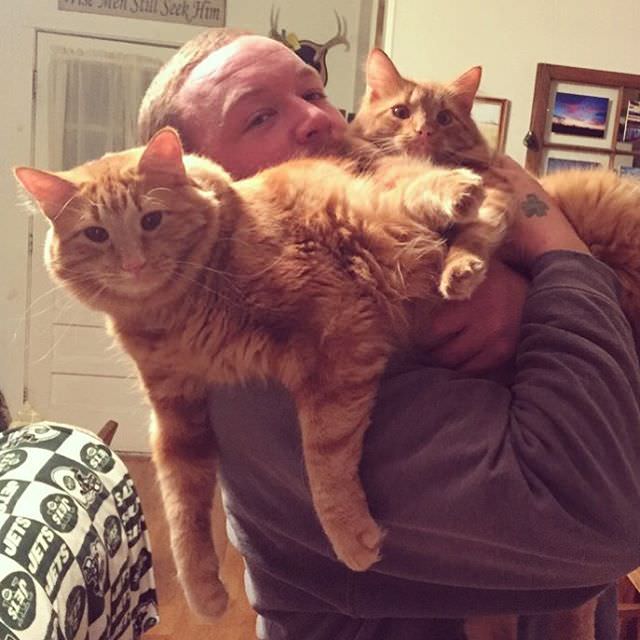