The Alaskan Malamute is an affectionate, loyal, and playful but dignified dog recognizable by his well-furred plumed tail carried over the back, erect ears, and substantial bone. They are gentle, friendly, and great with kids. The Alaskan Malamute features a powerful, sturdy body built for stamina and strength. It reigns as one of the oldest dog breeds whose original looks have not been significantly altered. This intelligent canine needs a job and consistent leadership to avoid becoming bored or challenging to handle.

Meet this Alaskan Malamute called General. He was named for his bravery and patience.  Three months ago, General was tied to a tree by an irresponsible man and his entire body was badly wounded. Not only that there’s a hole in his head that was caused by beating, and blood continues to flow from General’s nose. When he was rescued and brought to the hospital, General was strong and only quietly looked out of the window despite the injuries.

General was later sent to the animal shelter after being rescued, but unfortunately will be euthanized if no one appears to adopt him after 30 days. Nobody seems to adopt him even on the 29th day. On his last day before being euthanized, General started his day as usual, with the food provided by the staff at the shelter. At that time, General saw a small white puppy trying to eat the food from the bowl. And he allowed it to. As a reward for his kind act, a middle-aged man in a wheelchair suddenly came to the shelter and decided to adopt General,  just at the last hour. Luckily, General managed to escape death and get to meet his new owner. 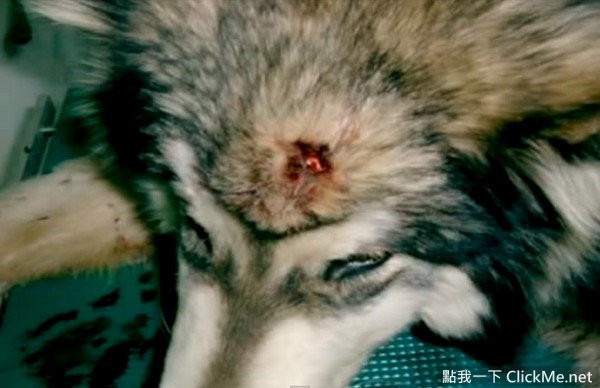 His nose was bleeding. 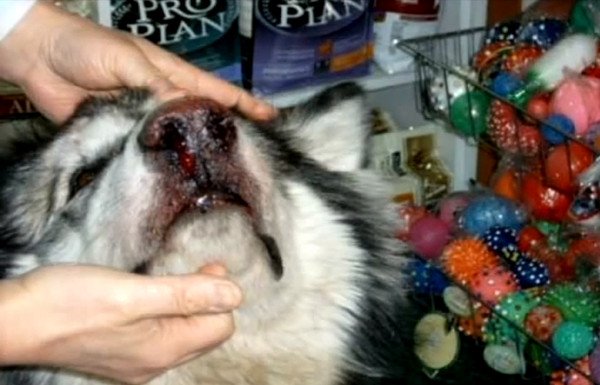 General was in bad condition. 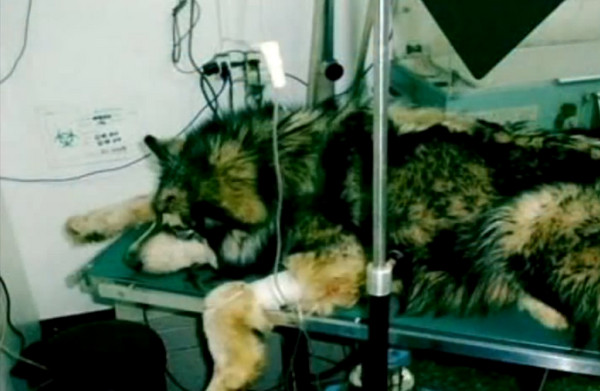 He was so strong and brave despite all the pain. 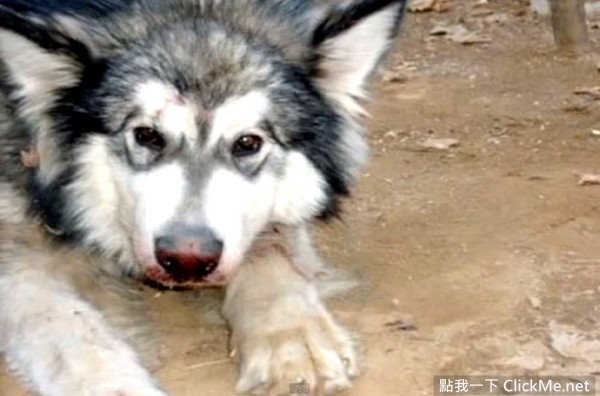 Looking, General bit the bowl and made it slanted so that the puppy can reach the food inside of it. 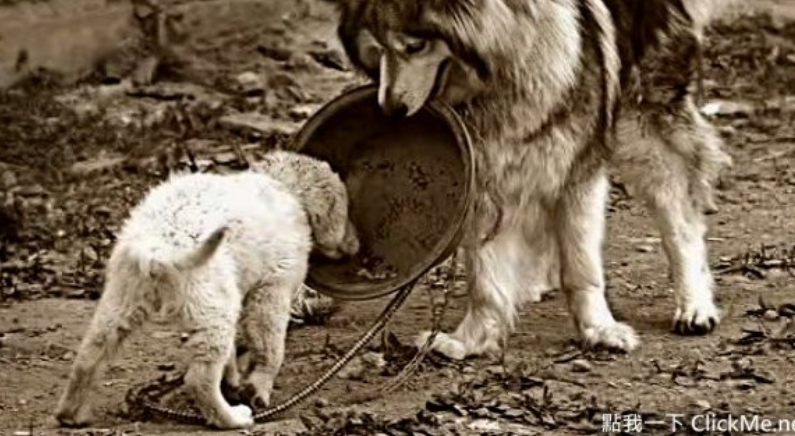 A man in a wheelchair,  suddenly appear to adopt General. 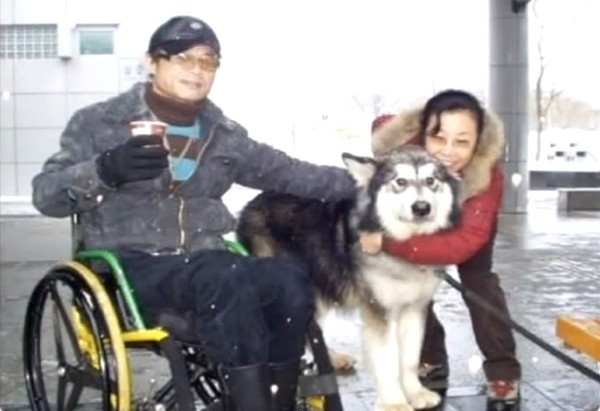 General and his new family. 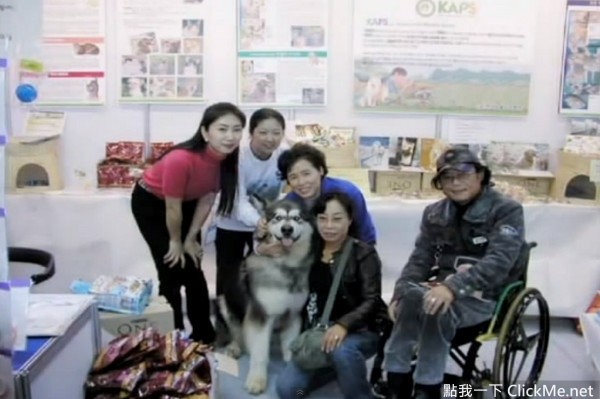 General is having a good time with his new friends. 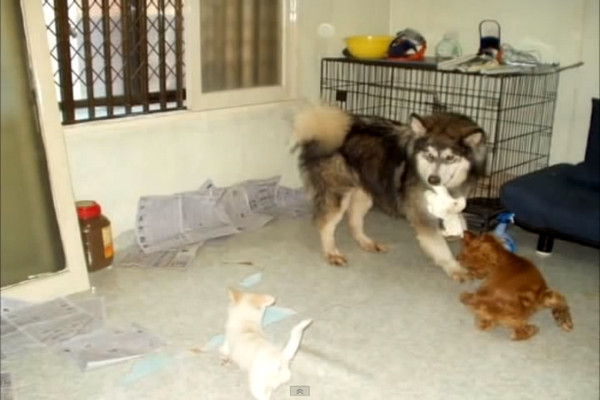 We hope that General will be more happier and enjoy with his new family!