Abandoning pet dogs is a traumatic occurrence that happens far too often in most of the big cities, and can lead to emotional stress for the animal and a burden on shelters. There are hundreds of dogs in that had been abandoned by their owners and still showed signs of heartbreak and the burden of having been left behind by their family. The emotional stress that a dog feels when he or she is abandoned is very real, but with training and rehabilitation, we can overcome their issues of abandonment. However, it takes months of work, love and care to bring those dogs back to a state of happiness.

Meet this dog that was left abandoned by her owner and left to fend for herself at a pier in Thailand. Unfortunately, this dog was too loyal to realize the tragic fact. The animal fell off a boat and her owner never came back for her. She was now a stray and lived on her own.

She has been now able to find a place to sleep and scrounge for food. This is not the life that a dog should lead, though. She deserves so much better. She does not want to leave the area, she still believes that her owner is going to come back for her someday. That is the most heartbreaking part of all.

Dogs who have been abandoned are not able to make misconceptions in their minds, they think that their owners still love them very much. Strangers are very kind to this dog but it does not matter. She does not want to go with any of them as she still wants to wait by this river. Once the story went viral, people thought that the owner would come back for her. 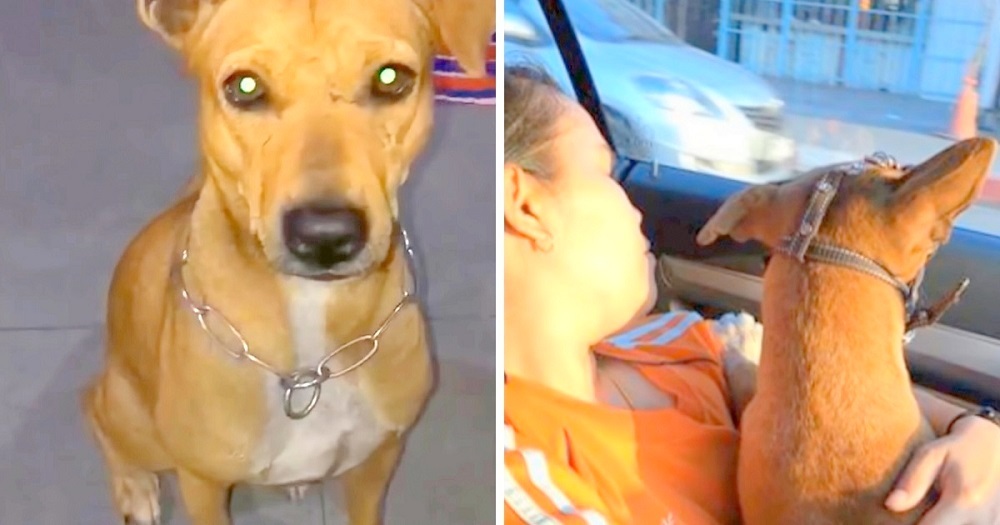 She was still stranded without anyone to help her. She began to grow weaker day by day and her condition worsen. At this point, a kind woman stepped in to help out the poor dog. Thanawan is a local woman who decided that she was going to intervene. She could not bear the bad condition of this loyal dog.

After gaining trust with the pooch and slowly develop a friendship, the dog came home with her and even got a new name. She is named as “Tha Reua”, which means “pier” in English. Thanawan cared this dog and gave her with the unconditional love that she really deserved. The anxiety and loneliness that the abandoned dog felt has been left behind now. She is now happily living in her forever home. Watch the video below!