There are various cats which are considered the biggest ones and are well known around the world. We are introducing one of the biggest cats who catches every one’s attention. Meet the large maine coon,Omar!

Omar had the normal size as all the other kittens in his litter when he was adopted by his new owner Stephy Hirst in 2013. But now the 120cm Maine Coon from Australia, could be the world’s longest domestic cat. After the large feline gained much internet fame , Ms Hirst said Guinness World Records contacted her to send in his measurements. The current record-holder is a 118cm Maine Coon from Wakefield, West Yorkshire.

“(Omar) was tiny when we got him but then he just started growing and was at 22 lbs one year old.”

Ms Hirst started a social media account for Omar two weeks ago and one of her photos was shared on the Cats of Instagram account more than 270,000 times. The usually placid pet has since been featured in major Australian newspapers and on national TV. However, it doesn’t affect his daily routine, who wakes up at 5 AM, eats kibble for breakfast, naps outside on the trampoline, and enjoys some raw kangaroo meat for dinner. He is really adorable cat with a nice lifestyle.

“He sleeps on the couch … because he takes up too much room on the bed and he demands we cuddle and pet him all through the night.” Hirst says her husband always wanted a big cat. The couple is lucky to have such an amazing furry friend.

Stephy Hirst from Australia always knew her kitty Omar was a big guy. 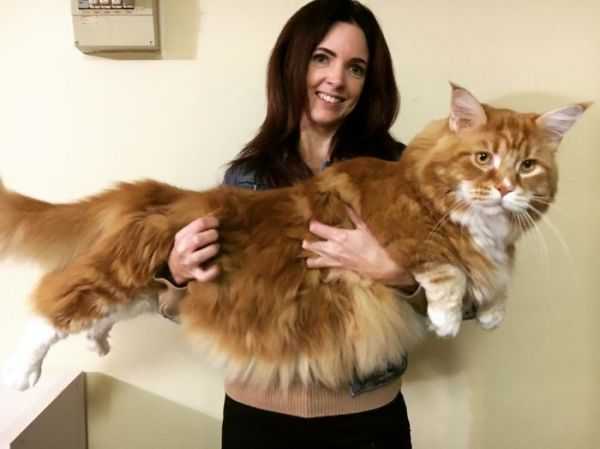 Still, she was surprised when Guinness Records contacted her saying he might be the longest feline in the world. 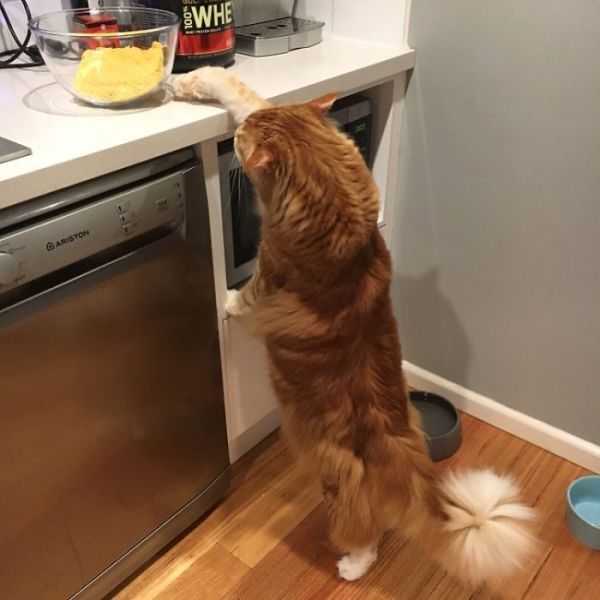 “We thought he might be (the longest cat in the world) but we hadn’t done anything about it because he might not be fully grown yet.” 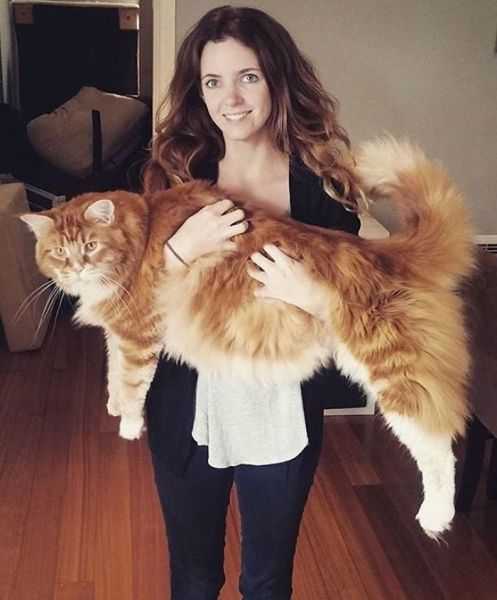 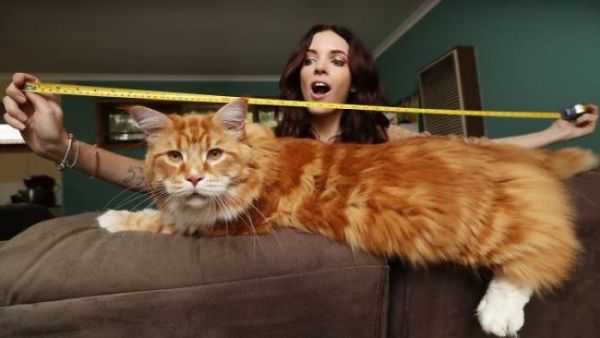 After the his picture was posted on Cats Of Instagram, Omar became an internet sensation. 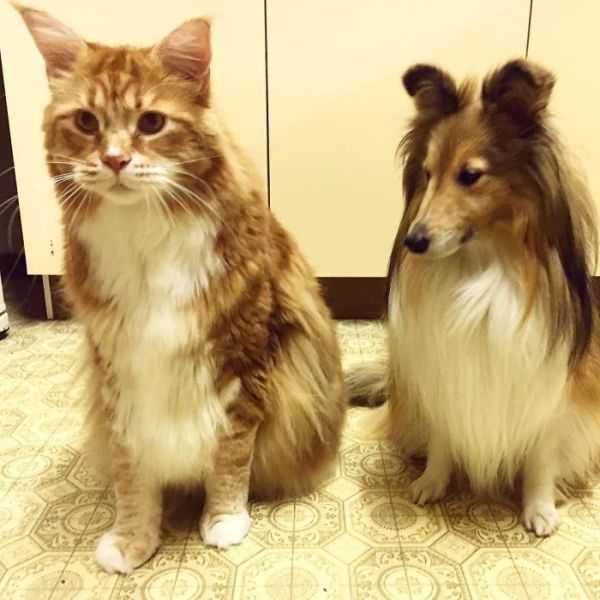 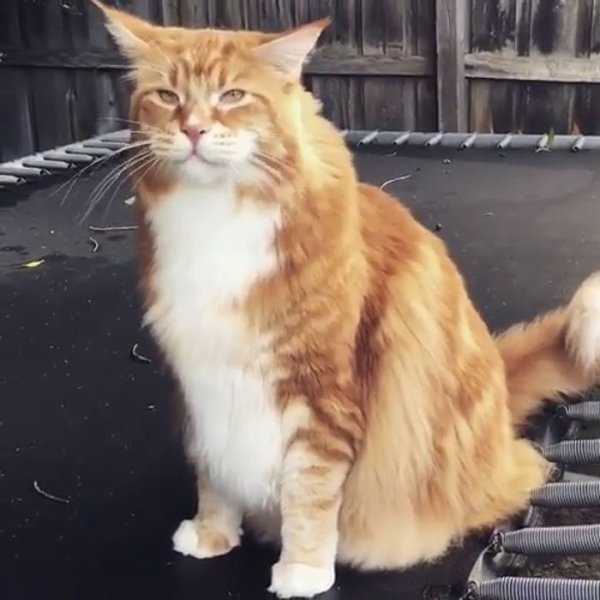 “He sleeps on the couch … because he takes up too much room on the bed and he demands we cuddle and pet him all through the night.” 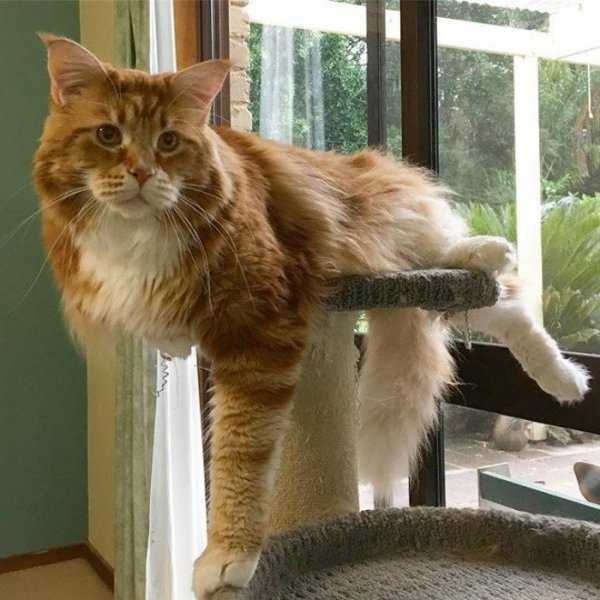 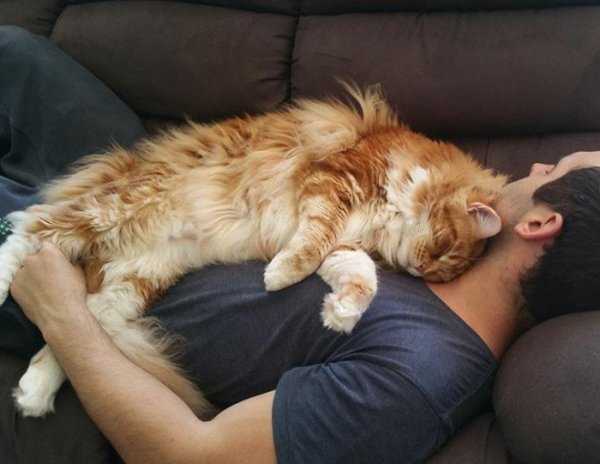 Hirst says her husband always wanted a big cat – well, there you have it! 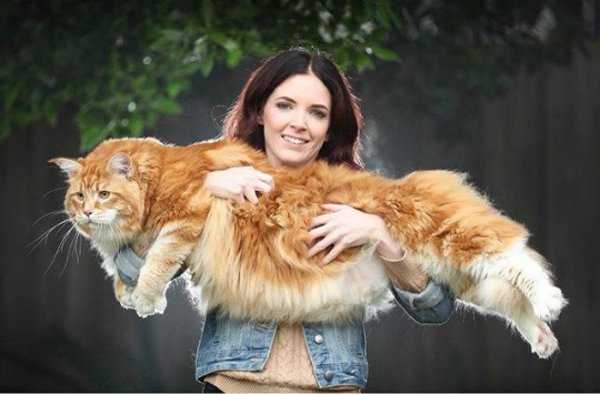