When people say that cats and dogs can never get along, that is not entirely true.  As a matter of fact, there have been several true stories that have gone viral about the two animals being the best of friends.

One perfect example of a cat and dog friendship is shown in the video below. The two of them are best friends and look out for each other. They love each other so much that if someone messes with any of them, they got each other’s back.

The dog was trying to be friendly with another kitty on the video but the feline did not plan to be a part of their circle.

She sent a clear message to the dog by releasing a quick paw job. When the dog’s best friend cat saw what happened, he immediately jumped from the table and engaged in a paw fight with the other cat.

Watch the video below and prepare to pick a kitty you can cheer on! LOL

“When this puppy got pounced on by a red cat that he was saying hello to, another cat came to the dog’s rescue and attacked it to protect the adorable pup.“

Below are some of the photos that prove cats and dogs can get along. 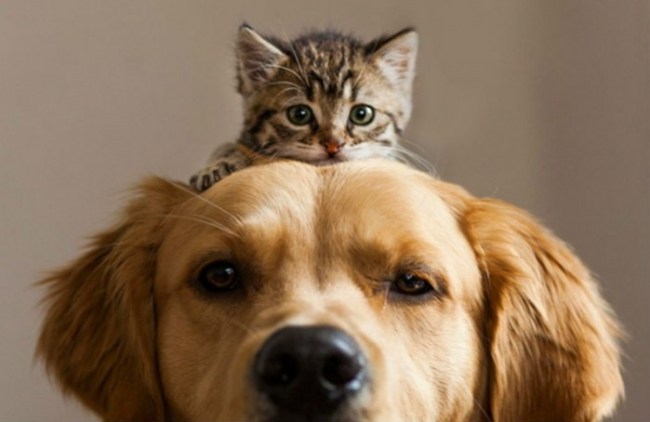 This is the sweetest! 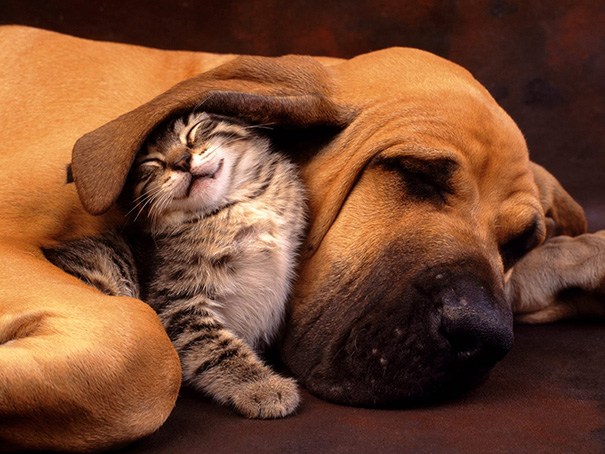 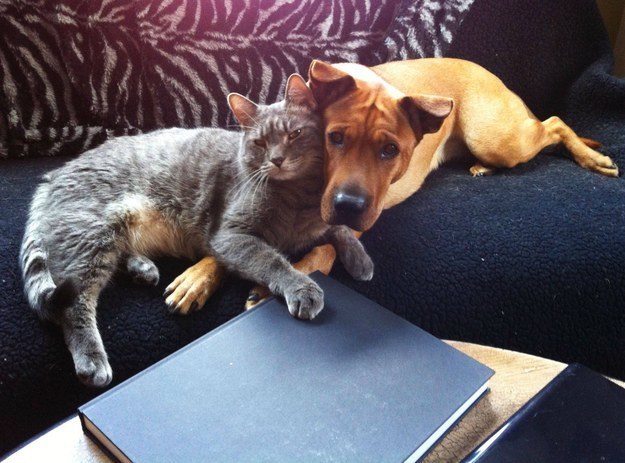 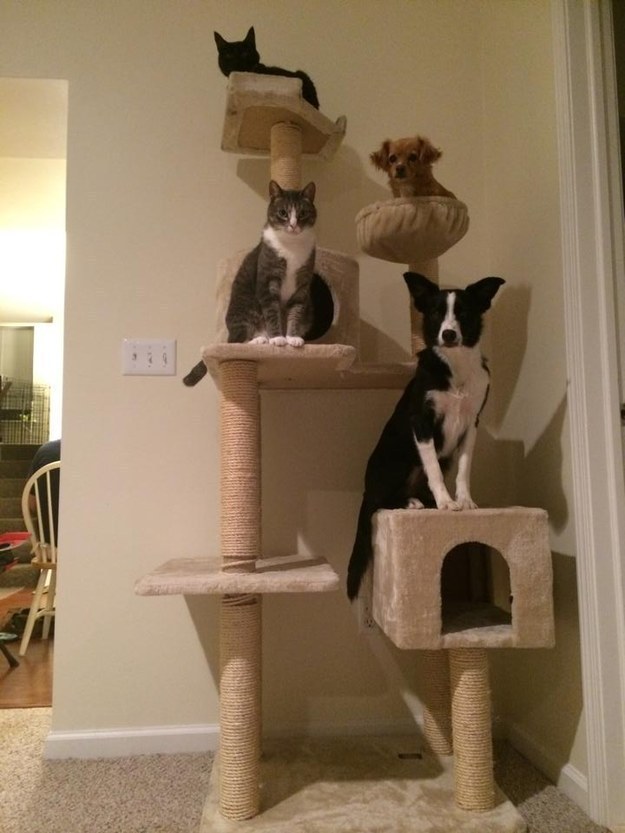 SHARE this story with your friends and family who do not believe that cats and dogs can be the best of friends!